17 Top John Quincy Adams Quotes To Inspire You To Greatness

Famous As: 6th President of United States (1825 - 1829)
Born On: July 11, 1767
Died On: February 23, 1848
Born In: Braintree, Massachusetts, United States
Died At Age: 80
John Quincy Adams was the sixth U.S President who was also famous as a diplomat and a senator. He started training himself as a diplomat which helped him serve his father as a secretary during which he negotiated for the Treaty of Paris. After graduating from the Harvard College he actively participated in politics and was a significant contributor to various important issues like supporting the neutralization movement. He was soon elected to the U.S Senate and cleared off the perceptions of being a federalist. He further joined the Diplomatic Corps as the first official minister to Russia where his great reputation eventually made him the chief negotiator for the Treaty of Ghent. This encouraged him to further negotiate some very significant treaties which enhanced his reputation and paved his path to the chair of U.S President. His goals were long-term but failed to satisfy the aspiring masses and were believed to be over-ambitious. After serving his term as the President he maintained his reputation as a statesman as he was elected to the U.S Senate. He siad many great words on democracy, leadership, liberty and many more things that are shared and quoted. Here is a compilation of sayings and quotations by John Quincy Adams which have been curated from his writings, thoughts, work and life. Presenting famous thoughts and quotes by John Quincy Adams.
Listed In:
Leaders 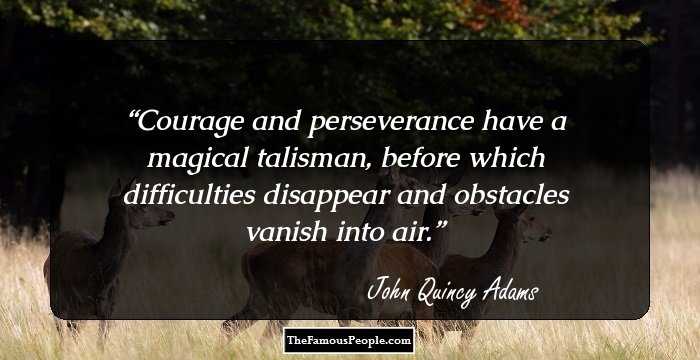 Courage and perseverance have a magical talisman, before which difficulties disappear and obstacles vanish into air. 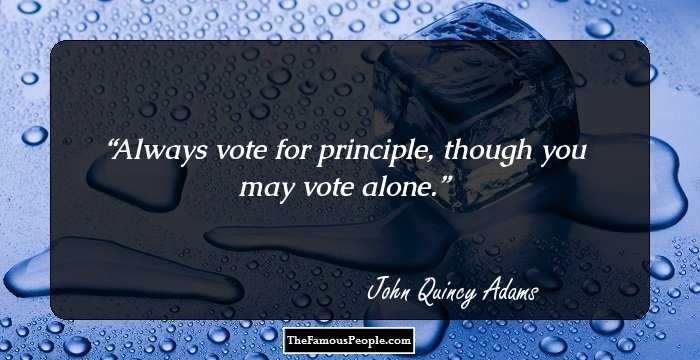 Always vote for principle, though you may vote alone. 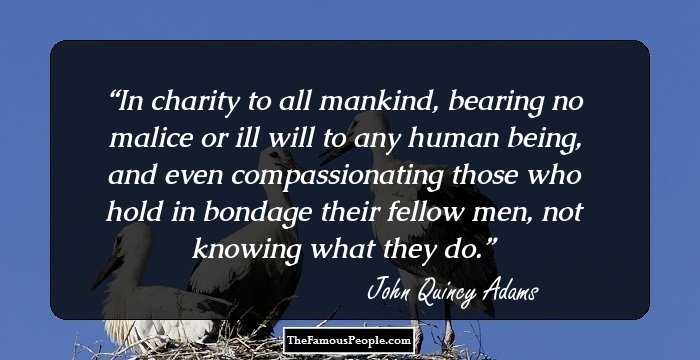 In charity to all mankind, bearing no malice or ill will to any human being, and even compassionating those who hold in bondage their fellow men, not knowing what they do. 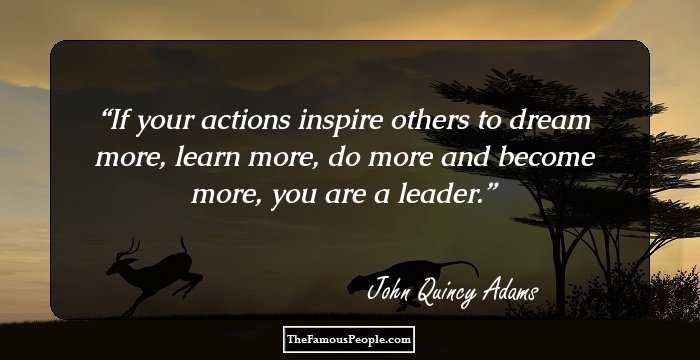 If your actions inspire others to dream more, learn more, do more and become more, you are a leader. 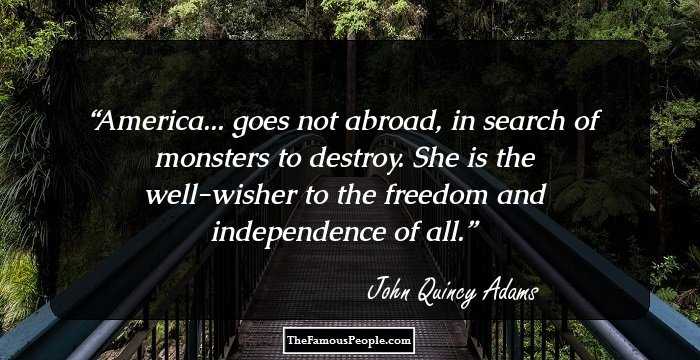 America... goes not abroad, in search of monsters to destroy. She is the well-wisher to the freedom and independence of all. 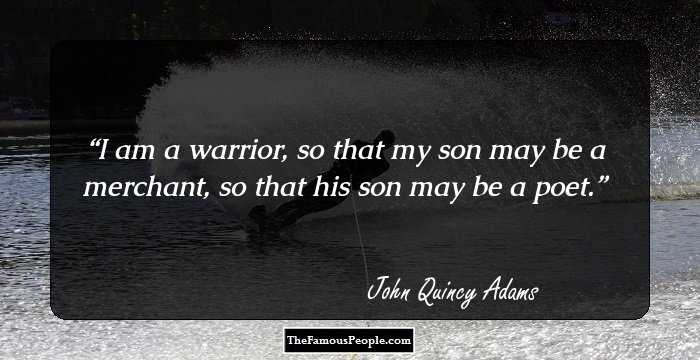 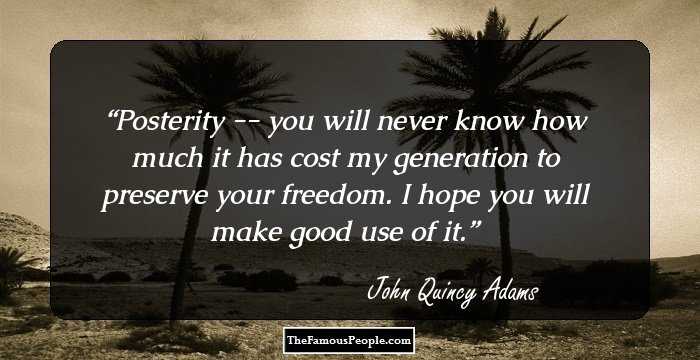 Posterity -- you will never know how much it has cost my generation to preserve your freedom. I hope you will make good use of it.

You Never Will Hope I
John Quincy Adams 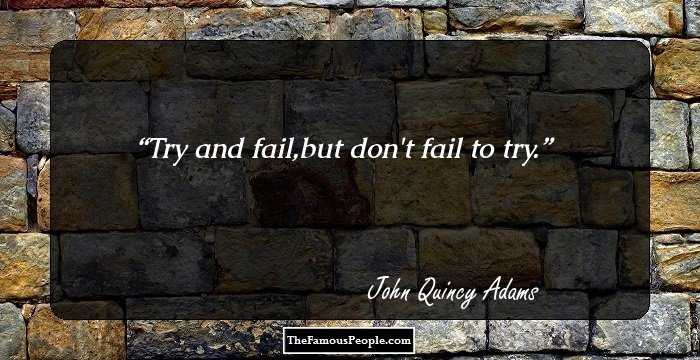 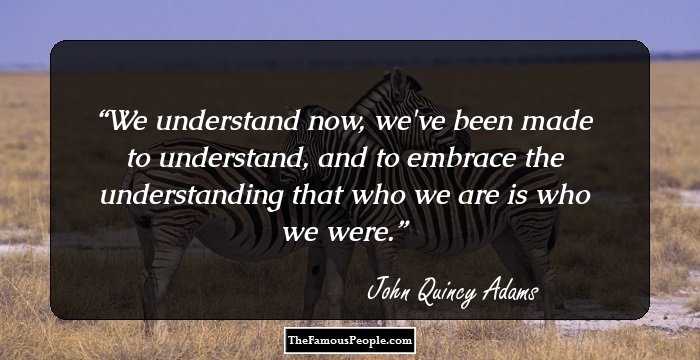 We understand now, we've been made to understand, and to embrace the understanding that who we are is who we were. 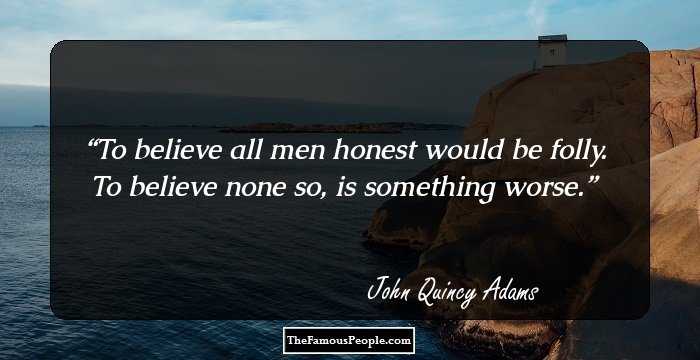 To believe all men honest would be folly. To believe none so, is something worse. 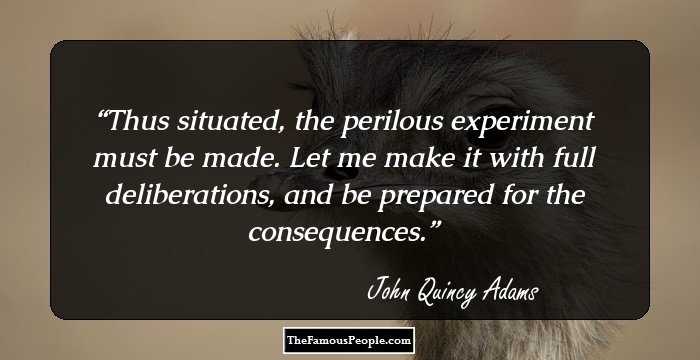 Thus situated, the perilous experiment must be made. Let me make it with full deliberations, and be prepared for the consequences. 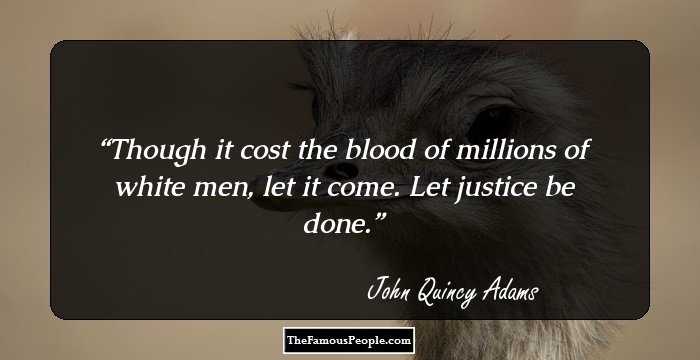 Though it cost the blood of millions of white men, let it come. Let justice be done. 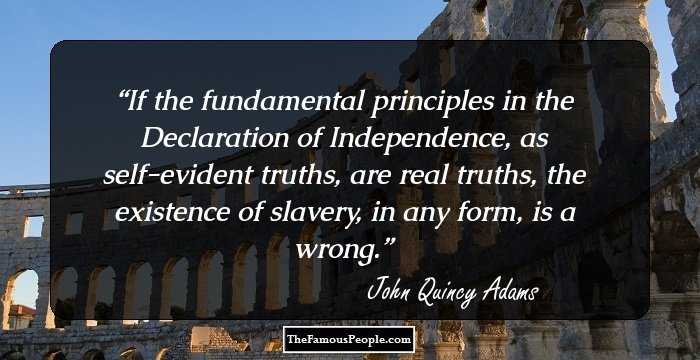 If the fundamental principles in the Declaration of Independence, as self-evident truths, are real truths, the existence of slavery, in any form, is a wrong. 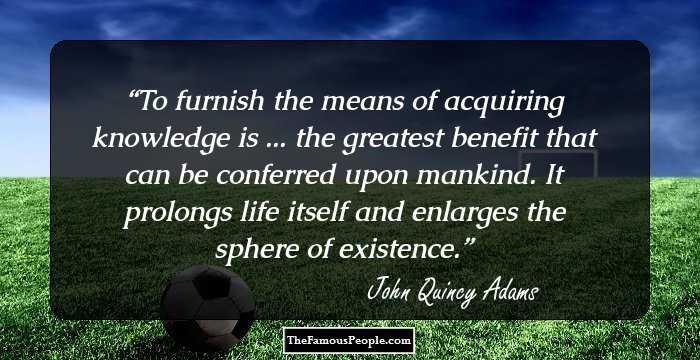 To furnish the means of acquiring knowledge is ... the greatest benefit that can be conferred upon mankind. It prolongs life itself and enlarges the sphere of existence. 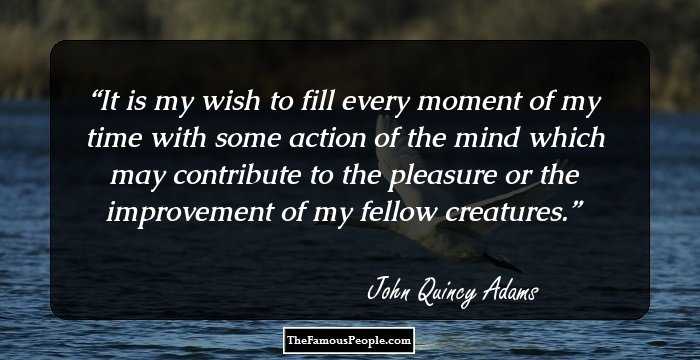 It is my wish to fill every moment of my time with some action of the mind which may contribute to the pleasure or the improvement of my fellow creatures. 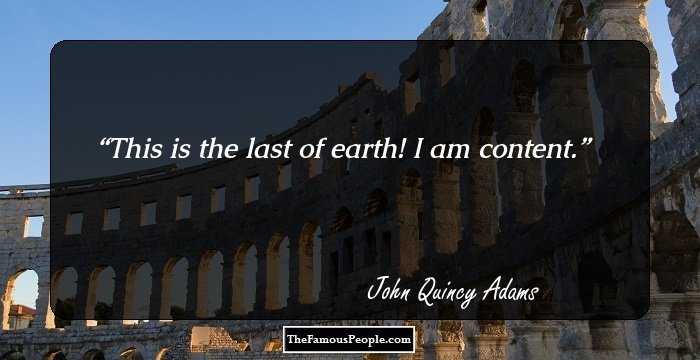 This is the last of earth! I am content. 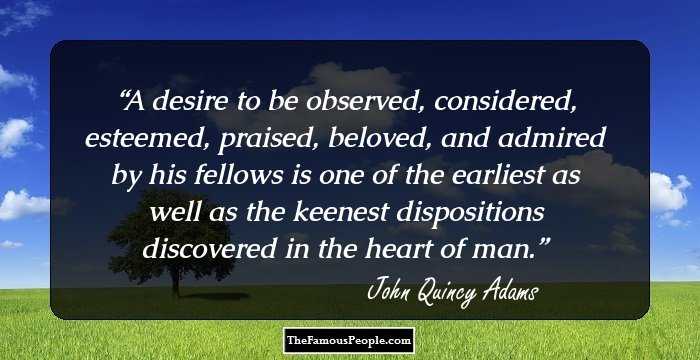 A desire to be observed, considered, esteemed, praised, beloved, and admired by his fellows is one of the earliest as well as the keenest dispositions discovered in the heart of man.