Famous As: One of the Most Influential Pianists of the 20th Century
Born On: September 29, 1935
Died On: October 28, 2022
Born In: Ferriday, Louisiana, United States
Died At Age: 87
Popularly known by his nick name âThe Killerâ, Jerry Lee Lewis is one of the most distinguished American rock music stars. He is also a songwriter, pianist and musician who gained recognition for his advanced style of playing piano and singing fast number songs. He is considered a pioneer of rockabilly music and rock and roll. Lewis gained global recognition with âWhole Lotta Shakinâ Goingâ. It was one of his biggest hits and made it to the Billboard charts and considered an all-time classic. This success was followed by him with âHigh School Confidentialâ, âGreat Balls of Fireâ and âBreathlessâ. We have rounded some popular, famous and motivational quotes and sayings by the acclaimed singer and musician which have been curated from his songs, writings, lyrics, thoughts, works, interviews, public utterances and life. Go through the quotes and thoughts by Jerry Lee Lewis and get inspired.
Listed In:
Musicians
Singers
Country Singers 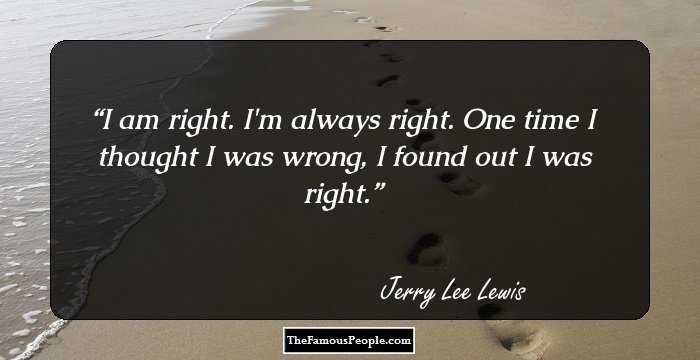 I am right. I`m always right. One time I thought I was wrong, I found out I was right. 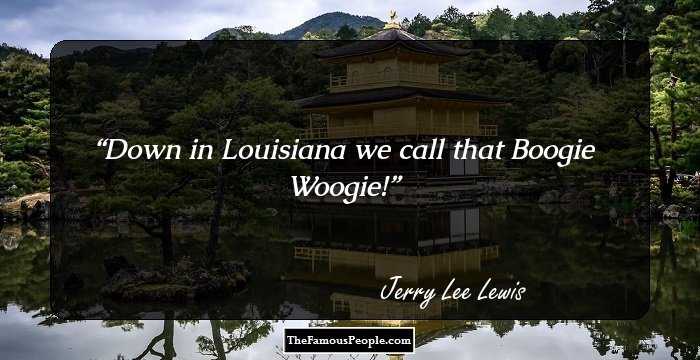 Down in Louisiana we call that Boogie Woogie! 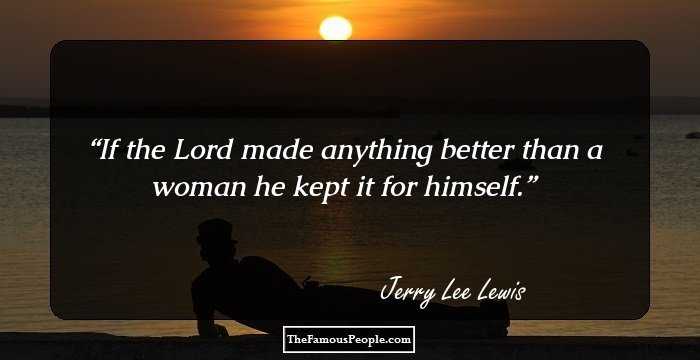 If the Lord made anything better than a woman he kept it for himself. 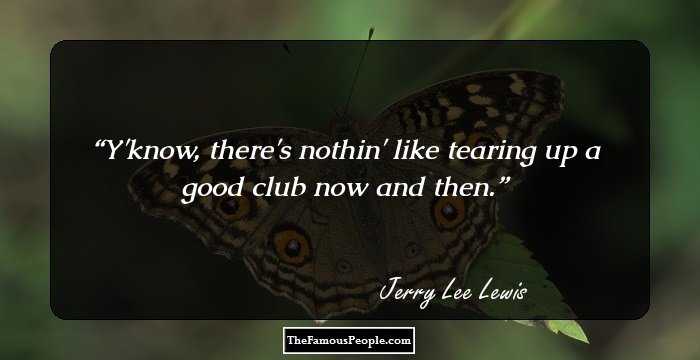 Y'know, there's nothin' like tearing up a good club now and then. 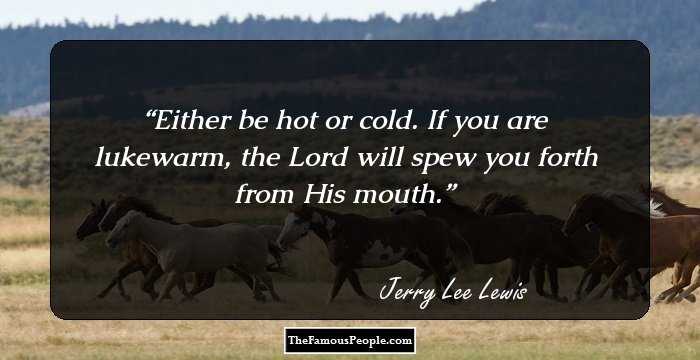 Either be hot or cold. If you are lukewarm, the Lord will spew you forth from His mouth. 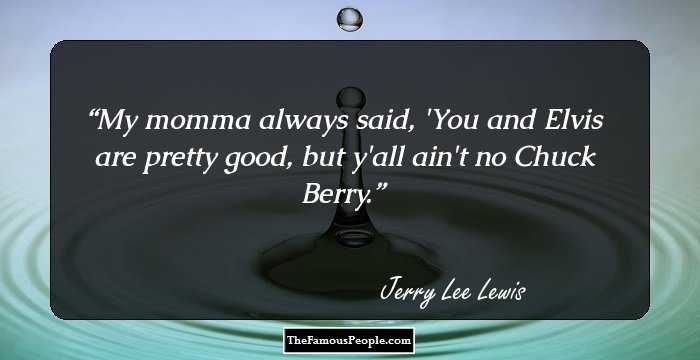 My momma always said, 'You and Elvis are pretty good, but y'all ain't no Chuck Berry. 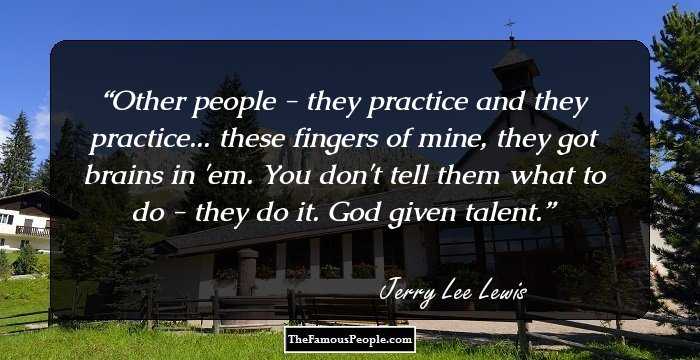 Other people - they practice and they practice... these fingers of mine, they got brains in 'em. You don't tell them what to do - they do it. God given talent. 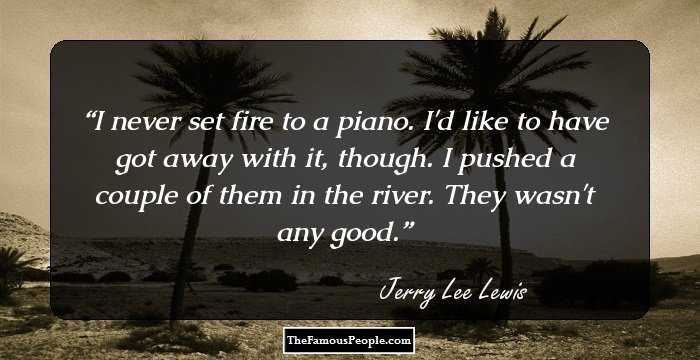 I never set fire to a piano. I'd like to have got away with it, though. I pushed a couple of them in the river. They wasn't any good. 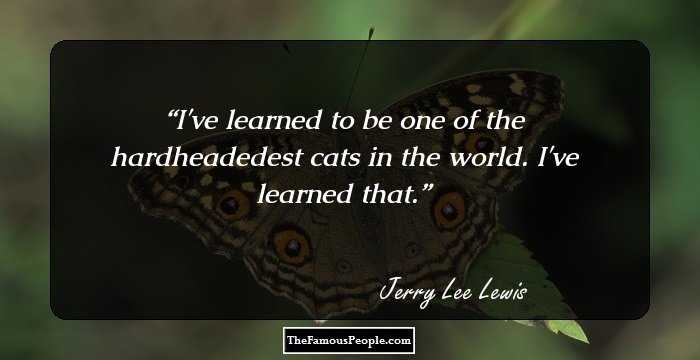 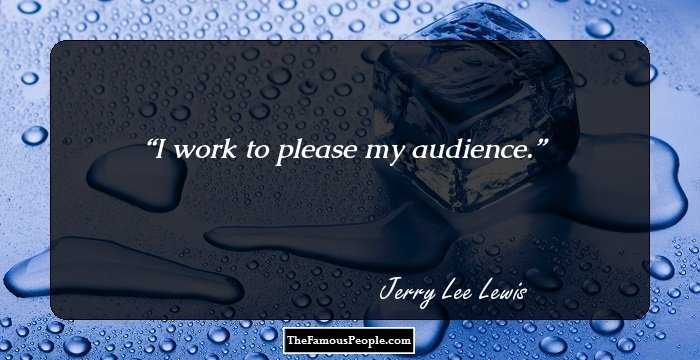 I work to please my audience. 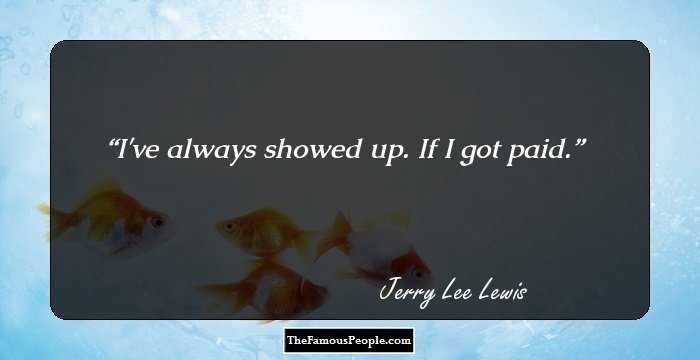 I've always showed up. If I got paid. 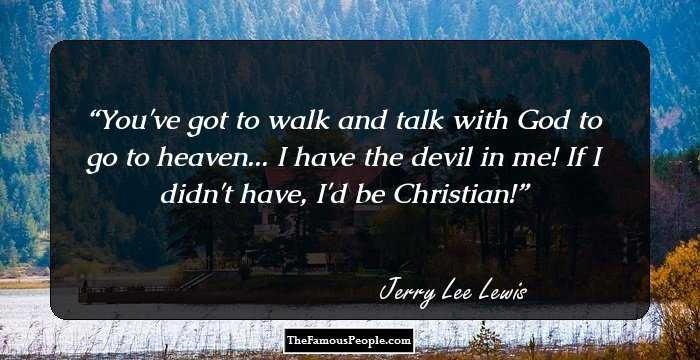 You've got to walk and talk with God to go to heaven... I have the devil in me! If I didn't have, I'd be Christian! 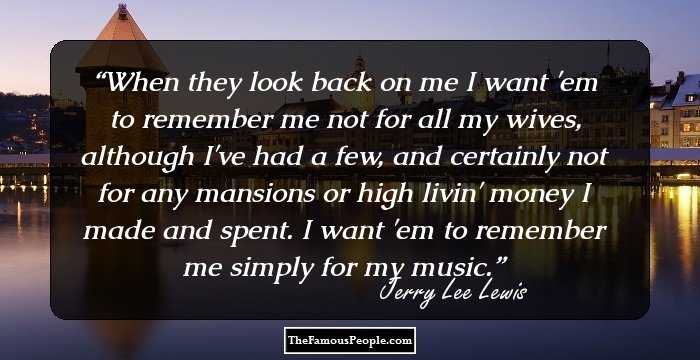 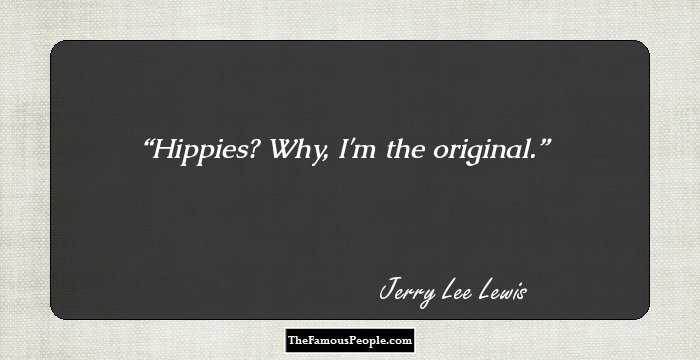 Hippies? Why, I'm the original. 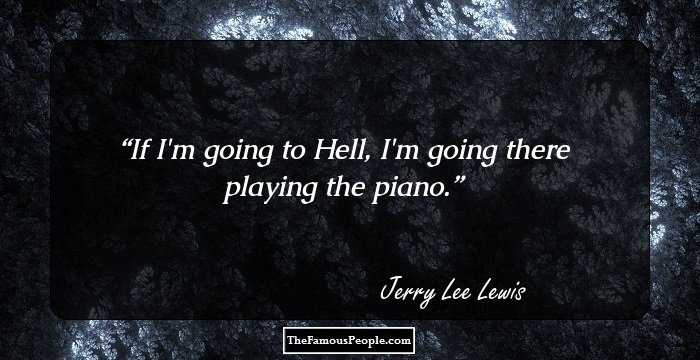