A collection of top quotes by George VI on topics varying from ruling, wars, government, loyalty and duty.

Being the second son of George V, George VI was never meant to ascend the British throne. However, following the abdication of his older brother Edward VIII, he became the third monarch of the House of Windsor. Despite his stuttering, he delivered rousing speeches to inspire the people of the British Empire to take up arms against Nazi Germany during the Second World War. His willingness to share the hardships of the regular people by staying in London during the Blitz made him a symbol of British determination and resistance. Arguably the greatest ruler of the UK in recent history, he considered service to others as the highest of distinctions. We have collected several of his quotes from various archived materials, historical books, his writings, and other historical materials. Here are some of the things that he had to say on ruling, wars, government, loyalty, and duty. 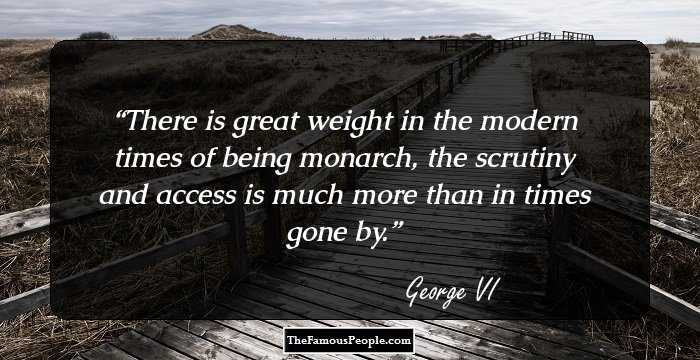 There is great weight in the modern times of being monarch, the scrutiny and access is much more than in times gone by. 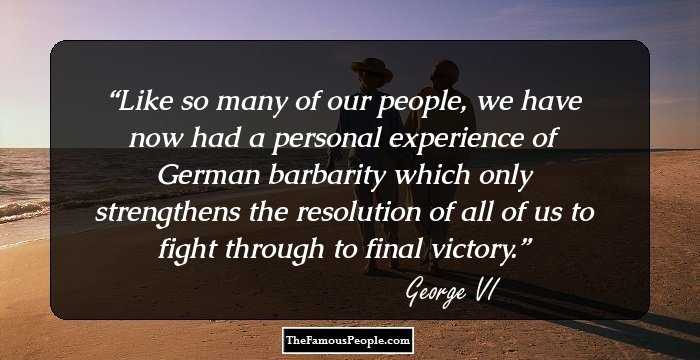 Like so many of our people, we have now had a personal experience of German barbarity which only strengthens the resolution of all of us to fight through to final victory. 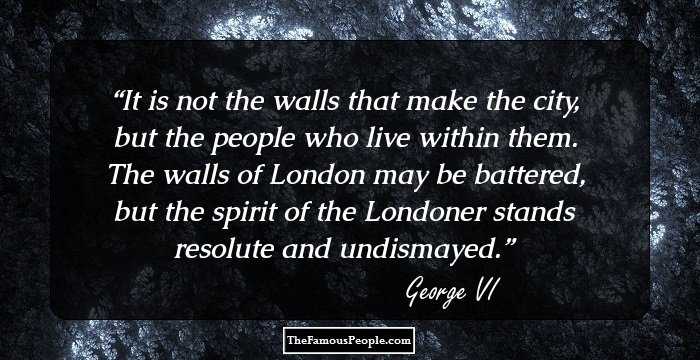 It is not the walls that make the city, but the people who live within them. The walls of London may be battered, but the spirit of the Londoner stands resolute and undismayed.

The British Empire has advanced to a new conception of autonomyand freedom, to the idea of a system of British nations, each freely ordering its own individual life, but bound together in unity byallegiance to one Crown, and co-operating in all that concerns the common weal. 15 Quotes By George III Of The United Kingdom