Famous As: Irish Novelist Known for His Work âConfessions of a Young Manâ and âEsther Watersâ
Born On: February 24, 1852
Died On: January 21, 1933
Born In: Moore Hall, Ireland
Died At Age: 80
George Moore was an acclaimed Irish writer, poet and dramatist known to be an influential naturalism writer. He was initially interested in being an artist but gradually became passionate about being a writer and published his first collection of poems titled âThe Flowers of Passionâ. He was further inspired by the great French Naturalism writer Emile Zola to introduce naturalism into his debut novel âA Modern Loverâ. He soon gained a reputation of a bold writer as his writings made a real take on issues like sexuality and adultery. His thoughts, work and writings faced resistance initially but eventually the masses started liking realism, and helped his books become popular. His first bite of fame came with his memoir titled âThe Confessions of a Young Manâ where he discussed his life as a writer. This was followed by the most appreciated novel of his career âEsther Watersâ, which magnified his popularity and assured financial security. This book marked the beginning of his successful writing career as it was followed by various other profitable books, including âElizabeth Cooperâ and âThe Untilled Fieldâ. Go through the quotes and sayings of this legendary writer which will help you see life through a different perspective. Take a look at the famous quotations and thoughts by George Moore.
Listed In:
Writers
Painters 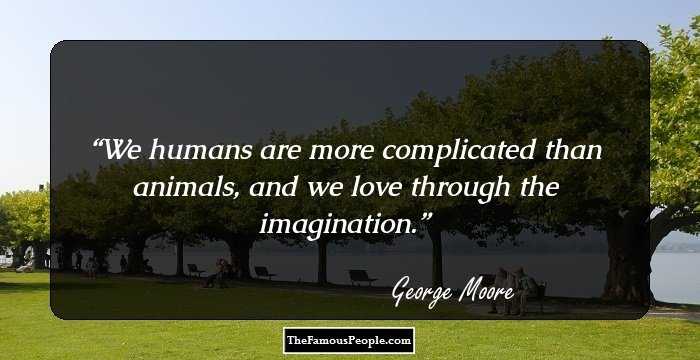 We humans are more complicated than animals, and we love through the imagination. 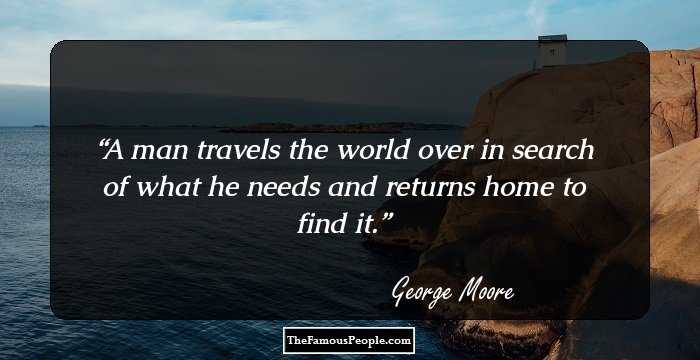 A man travels the world over in search of what he needs and returns home to find it. 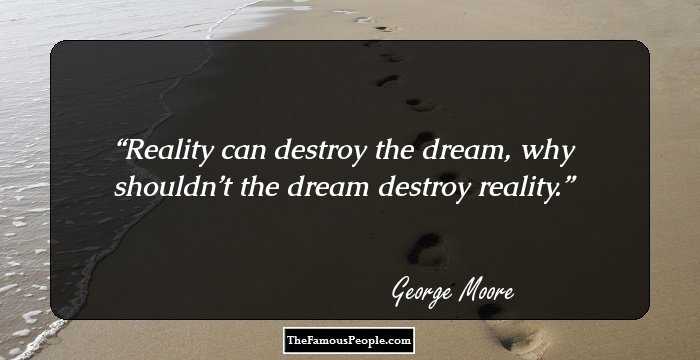 Reality can destroy the dream, why shouldn’t the dream destroy reality. 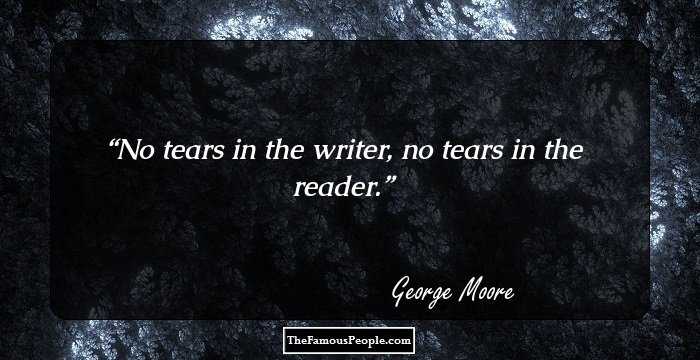 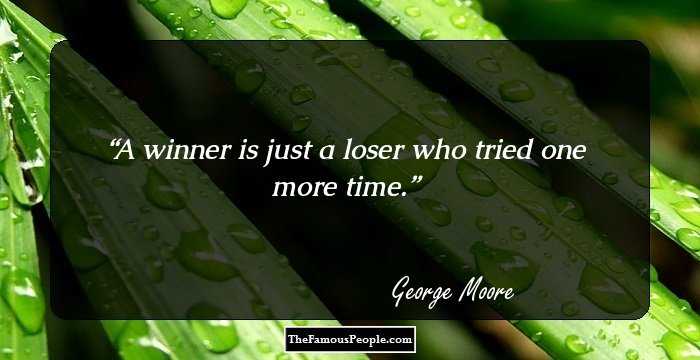 A winner is just a loser who tried one more time. 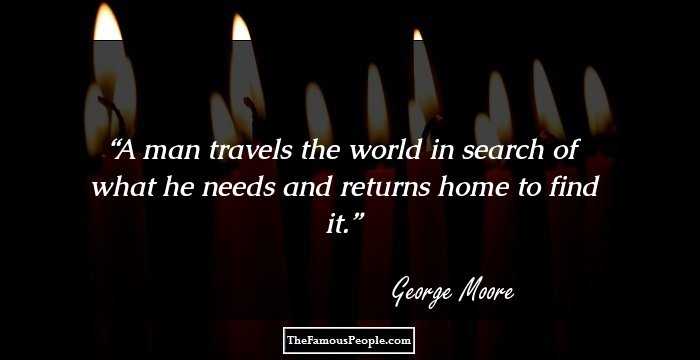 A man travels the world in search of what he needs and returns home to find it. 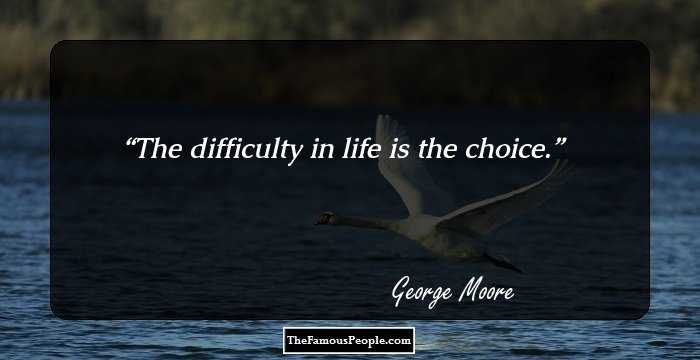 The difficulty in life is the choice. 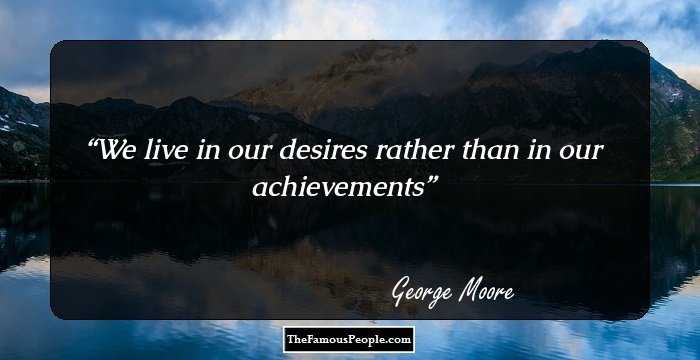 We live in our desires rather than in our achievements 45 Thoughful Quotes By Seamus Heaney For The Poet In You 100 Top Quotes By James Joyce, The Author of Ulysses 100 Top Quotes by Bram Stoker. The Author of Dracula 100 Inspirational Quotes By W.B. Yeats That Will Give You New Perspective Of Life