Famous As: Pianist and Composer Best Known for His Orchestral Compositions âRhapsody in Blueâ and âAn American in Parisâ
Born On: September 26, 1898
Died On: July 11, 1937
Born In: Brooklyn, New York, United States
Died At Age: 38
George Gershwin was an illustrious American pianist and composer. The melodies created by this eminent artist are widely popular and his compositions included both classical and popular genres. Some of his famous works include, an opera âPorgy and Bessâ, orchestral compositions âAn American In Parisâ and âRhapsody in Blueâ. He is considered as one of the most popular and significant composers for âBroadway Musicalsâ. His thoughts and writings were classical pieces that connected him to his audiences. He also wrote compositions for both television and films. His songs and compositions have been performed by many celebrated musicians and singers and his works have been adapted for use in many television series and movies. Here is a collection of famous quotable quotes and sayings by George Gershwin which have been excerpted from his works, thoughts, writings, songs, lyrics, compositions and life. Zoom through the quotes and thoughts by George Gershwin.
Listed In:
Musicians
Composers 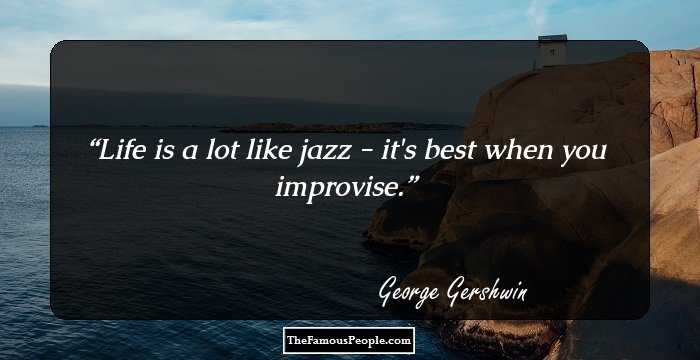 Life is a lot like jazz - it's best when you improvise. 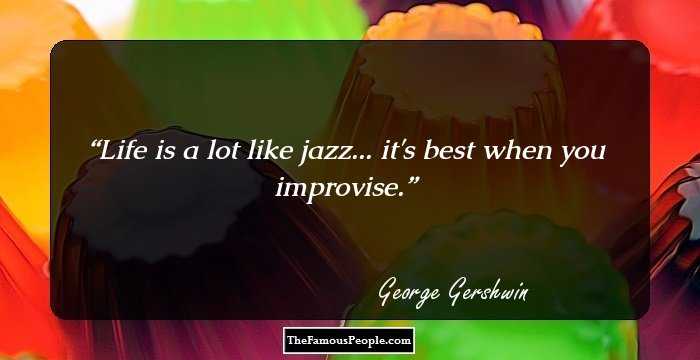 Life is a lot like jazz... it's best when you improvise. 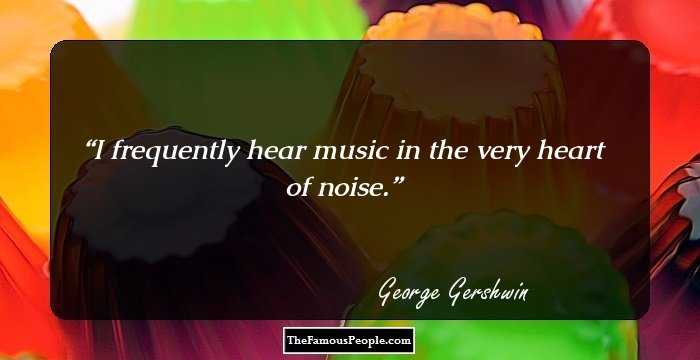 I frequently hear music in the very heart of noise. 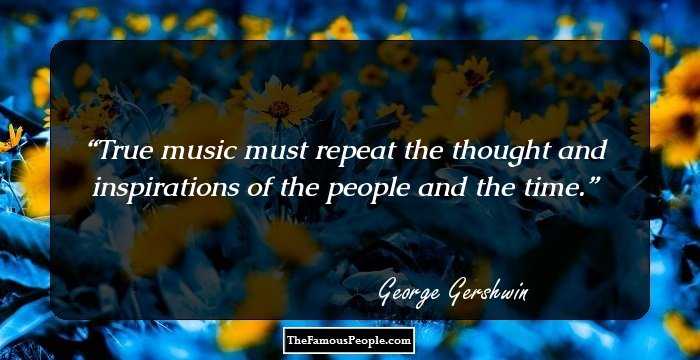 True music must repeat the thought and inspirations of the people and the time. 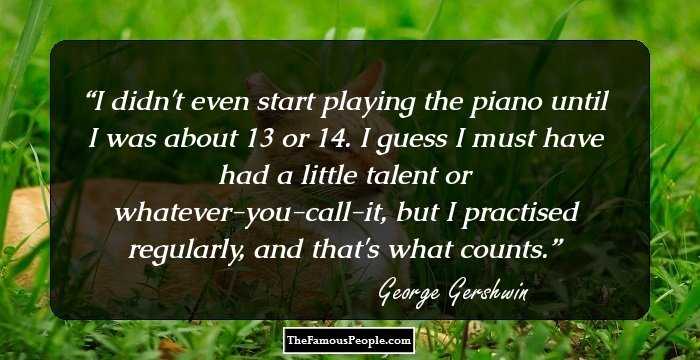 I didn't even start playing the piano until I was about 13 or 14. I guess I must have had a little talent or whatever-you-call-it, but I practised regularly, and that's what counts. 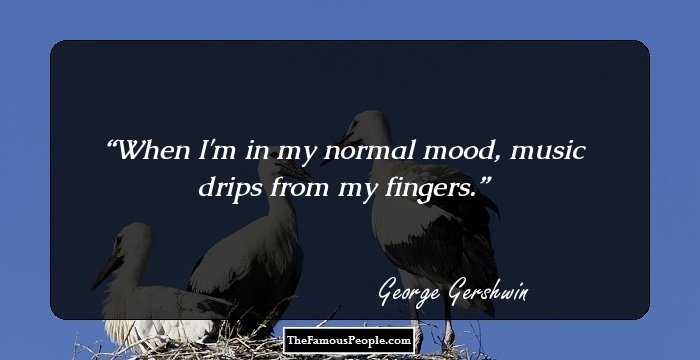 When I'm in my normal mood, music drips from my fingers. 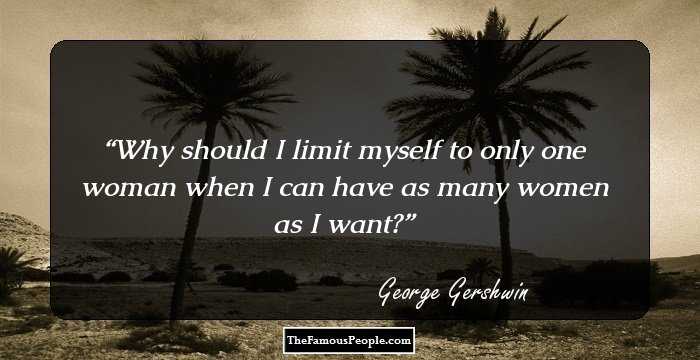 Why should I limit myself to only one woman when I can have as many women as I want? 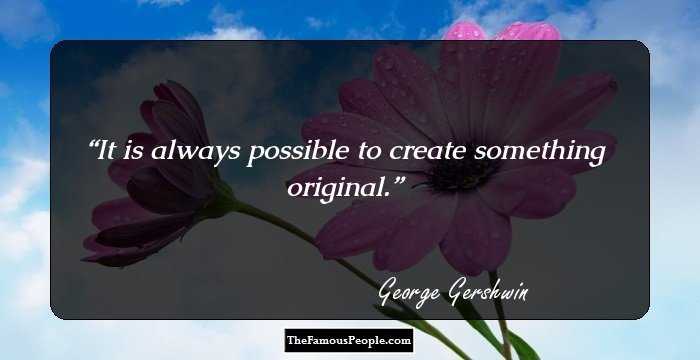 It is always possible to create something original. 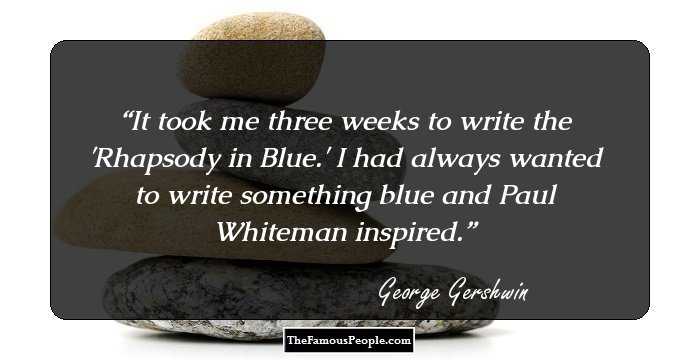 It took me three weeks to write the 'Rhapsody in Blue.' I had always wanted to write something blue and Paul Whiteman inspired.

I want to say at once that I frankly believe that Irving Berlin is the greatest songwriter that has ever lived.... His songs are exquisite cameos of perfection, and each one of them is as beautiful as its neighbor. Irving Berlin remains, I think, America's Schubert. 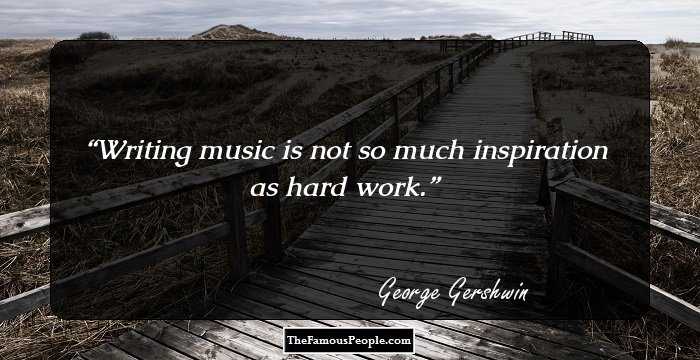 Writing music is not so much inspiration as hard work. 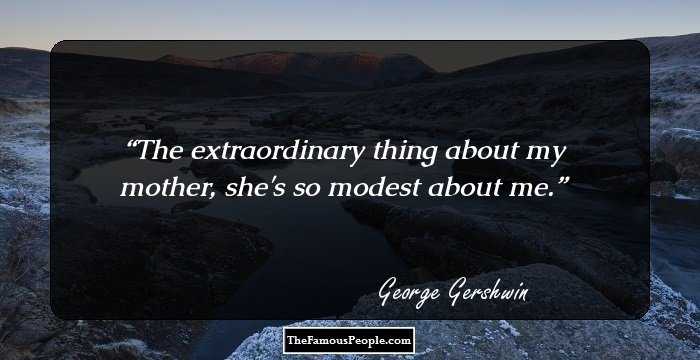 The extraordinary thing about my mother, she's so modest about me. 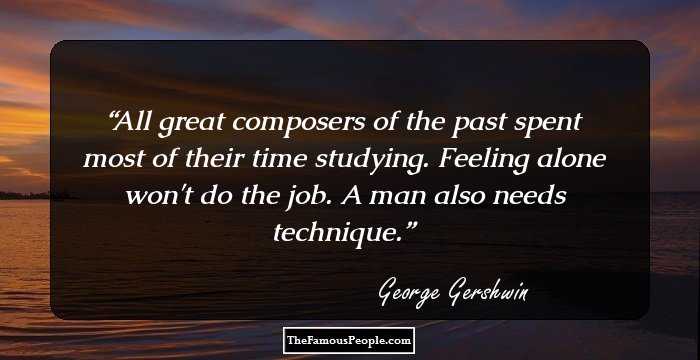 All great composers of the past spent most of their time studying. Feeling alone won't do the job. A man also needs technique. 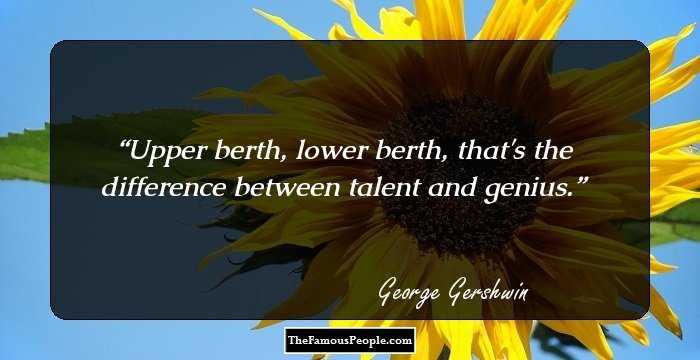 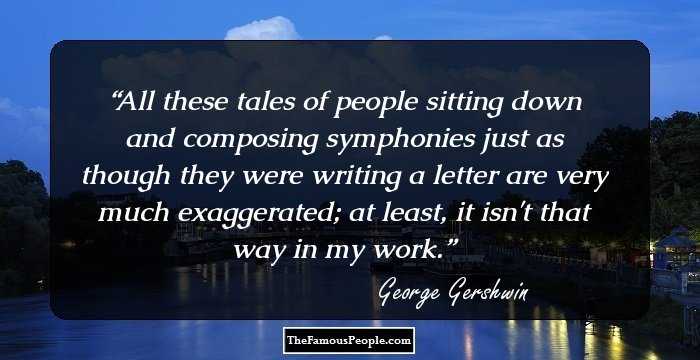 All these tales of people sitting down and composing symphonies just as though they were writing a letter are very much exaggerated; at least, it isn't that way in my work. 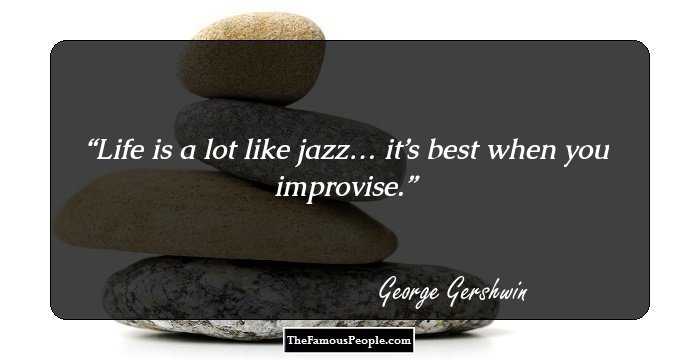 Life is a lot like jazz… it’s best when you improvise.