Famous As: Singer-songwriter
Born On: September 23, 1930
Died On: June 10, 2004
Born In: Albany, Georgia, United States
Founder / Co Founder: Tangerine Records
Died At Age: 73
Ray Charles was a legendary American musician who had a great understanding of music. He is till date loved by the masses for his soul music compiled with his liberal lyrics. He always aimed to improvise his music which is acknowledged to be the reason behind his fifty years long successful career. He inspired many of the singers as he was humble and his visual imparity could never affect his work. Having a humble start to life his childhood was very disturbed and filled with various tragedies. He fought all this to pursue his undying passion for music. He initially worked at various local clubs and joined the âMaxin Trioâ. This group came up with their debut album which turned out to be a super-hit. This helped him sign a contract to record a couple of successful singles including âLet Me Hold Your Handâ. It marked the beginning of his successful career as he recorded various hit albums to enhance his reputation as a singer. Some of the most notable works from his long career were âGeorgia on my Mindâ and âHit the Road Jackâ. The latter stayed on the top of the Billboard charts continuously for a couple of weeks while being included in the âThe 500 Greatest Songs of All Timeâ by the âRolling Stonesâ magazine. This prolific singer has been honored with various awards including a couple of the most renowned âGrammy Awardsâ. Go through these motivational quotes by Ray Charles which will enlighten you about challenges, struggles and life. Take a look at the famous quotations and sayings by Ray Charles which will motivate you and inspire you to stay focused.
Listed In:
Musicians
Singers
Composers

Dreams, if they're any good, are always a little bit crazy.

Live each day like it's your last, 'cause one day you gonna be right

Love is a special word, and I use it only when I mean it. You say the word too much and it becomes cheap.

You Love I
Ray Charles 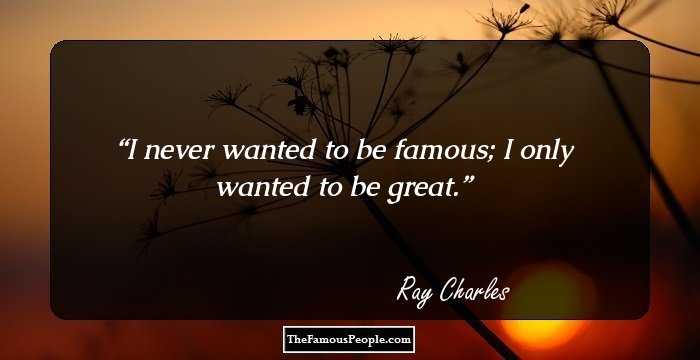 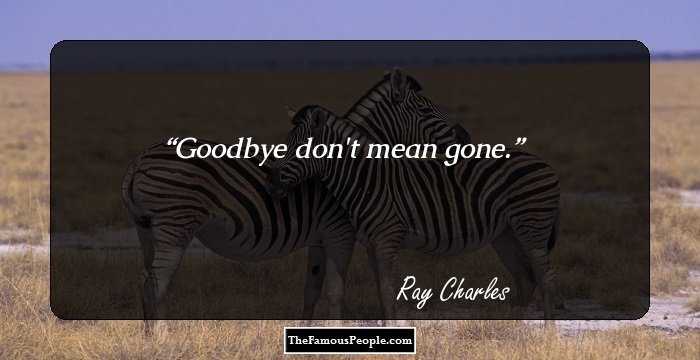 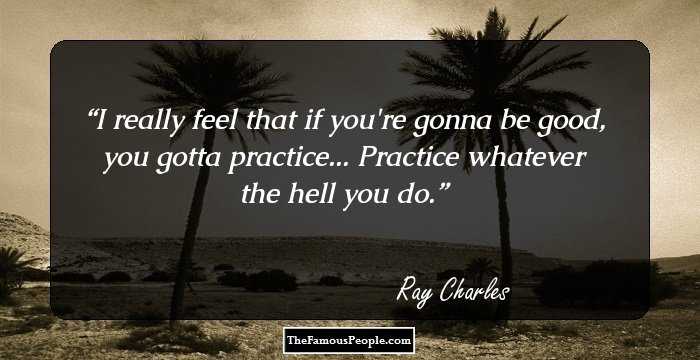 I really feel that if you're gonna be good, you gotta practice... Practice whatever the hell you do.

You I
Ray Charles 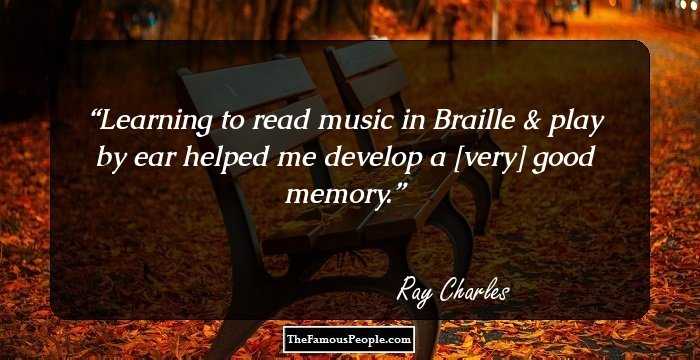 Learning to read music in Braille & play by ear helped me develop a [very] good memory.