Famous As: British Philosopher Who was Among the Founders of Analytic Philosophy
Born On: November 4, 1873
Died On: October 24, 1958
Born In: London, England
Died At Age: 84
George Edward Moore was an illustrious English philosopher. He along with Ludwig Wittegenstein, Gottlob Frege and Bertrand Russell founded the analytic tradition in philosophy. He gained fame for his advocacy of commonsense concepts and for his thoughts and contributions towards metaphysics, ethics and epistemology. He served at the âUniversity of Cambridgeâ as the Professor of Philosophy. He was the editor of the renowned journal âMindâ. In 1918, he was elected a fellow of âBritish Academyâ. From 1894 to 1901 he served as the member of Cambridge Apostles and Cambridge University Moral Sciences Club. Following is a compilation of quotations and sayings by George Edward Moore which have been excerpted from his work, thoughts, writings, philosophies and life. Let us browse through the corpus of quotes and thoughts by George Edward Moore on morality, ethics, moral-philosophy, goodness, tolerance, fiction, aesthetics, greatness, uniqueness etc that hold a world of wisdom.
Listed In:
Philosophers
Intellectuals & Academics 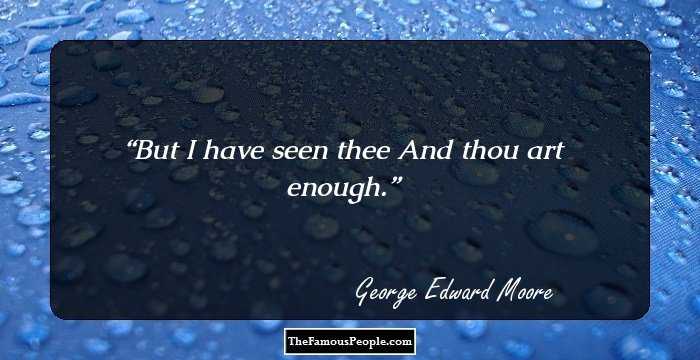 But I have seen thee And thou art enough. 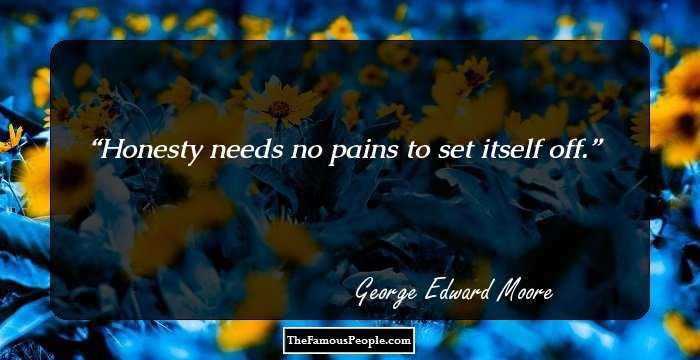 Honesty needs no pains to set itself off. 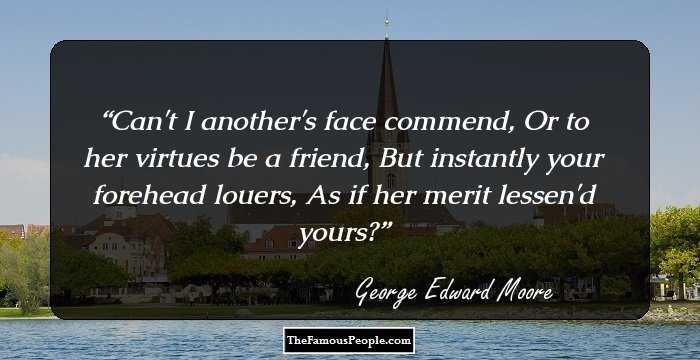 Can't I another's face commend, Or to her virtues be a friend, But instantly your forehead louers, As if her merit lessen'd yours? 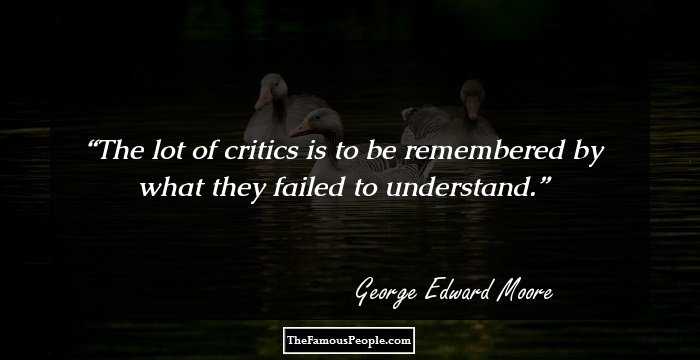 The lot of critics is to be remembered by what they failed to understand. 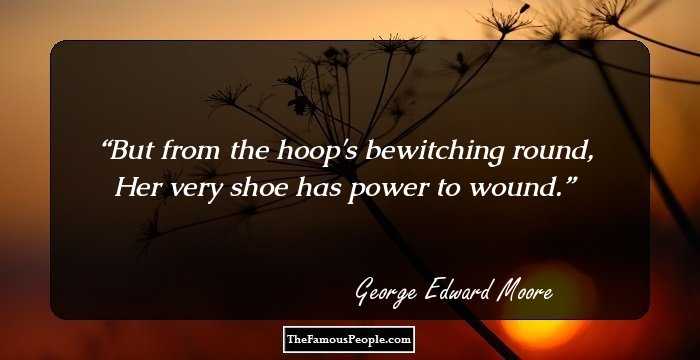 But from the hoop's bewitching round, Her very shoe has power to wound. 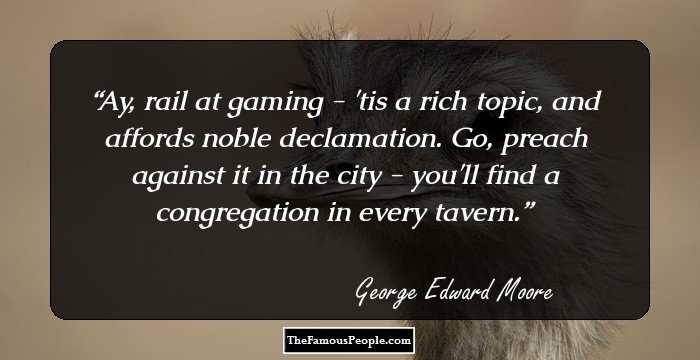 Ay, rail at gaming - 'tis a rich topic, and affords noble declamation. Go, preach against it in the city - you'll find a congregation in every tavern. 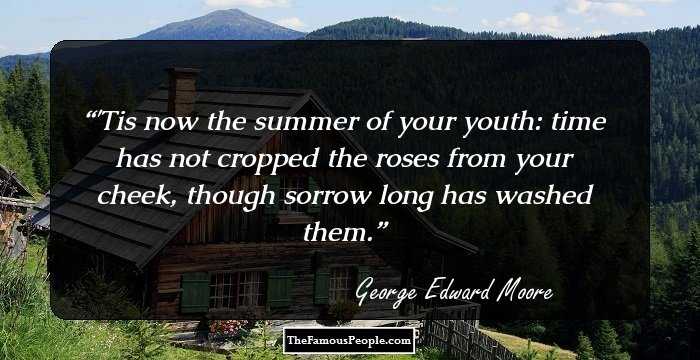 'Tis now the summer of your youth: time has not cropped the roses from your cheek, though sorrow long has washed them. 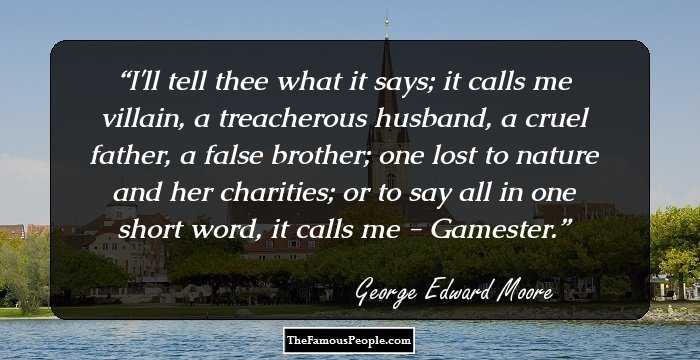 I'll tell thee what it says; it calls me villain, a treacherous husband, a cruel father, a false brother; one lost to nature and her charities; or to say all in one short word, it calls me - Gamester. 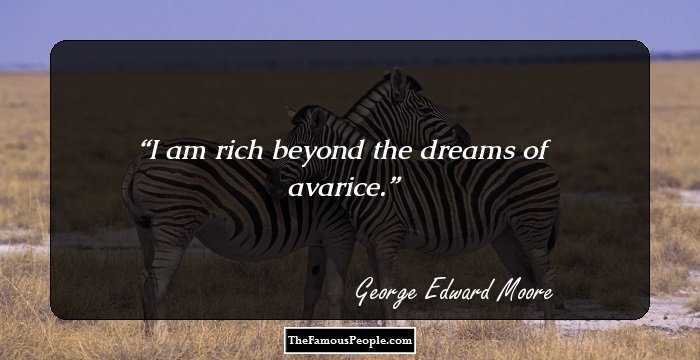 I am rich beyond the dreams of avarice. 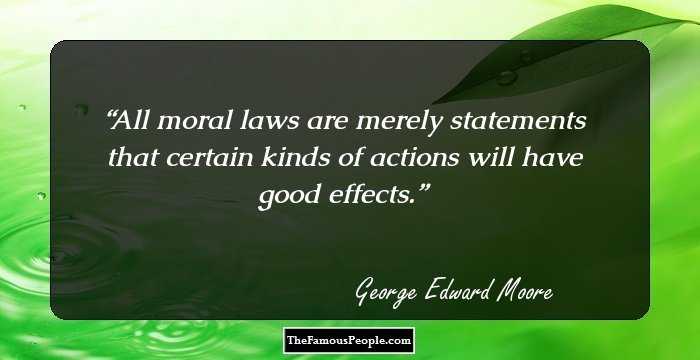 All moral laws are merely statements that certain kinds of actions will have good effects. 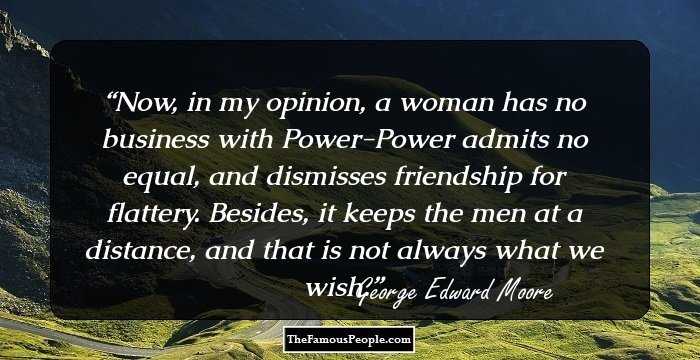 Now, in my opinion, a woman has no business with Power-Power admits no equal, and dismisses friendship for flattery. Besides, it keeps the men at a distance, and that is not always what we wish. 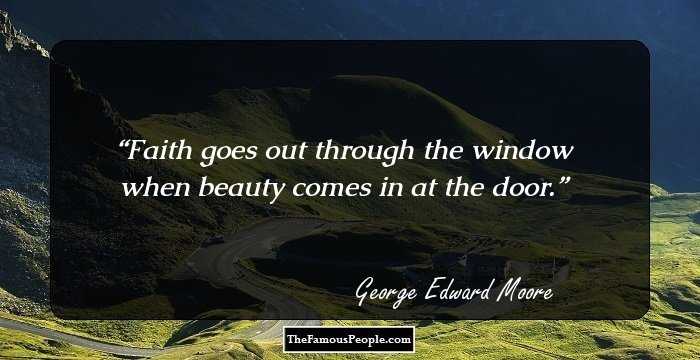 Faith goes out through the window when beauty comes in at the door. 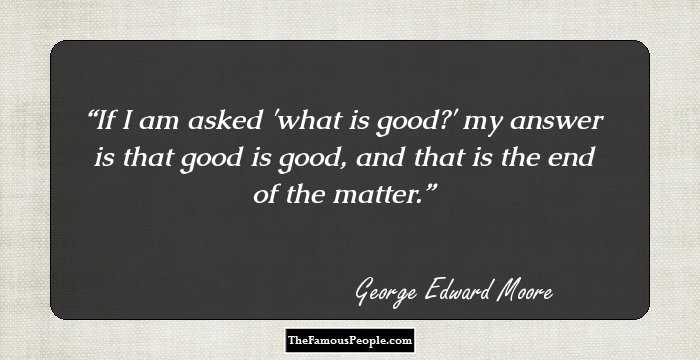 If I am asked 'what is good?' my answer is that good is good, and that is the end of the matter. 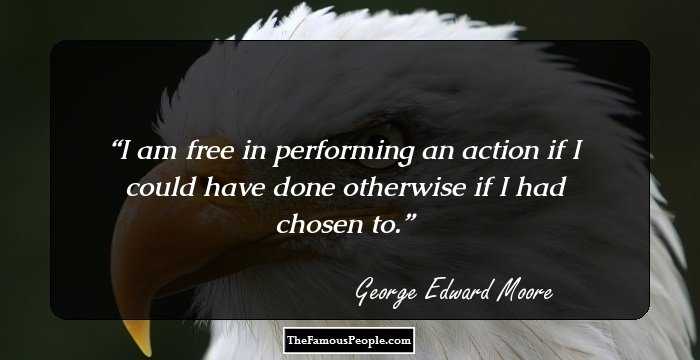 I am free in performing an action if I could have done otherwise if I had chosen to. 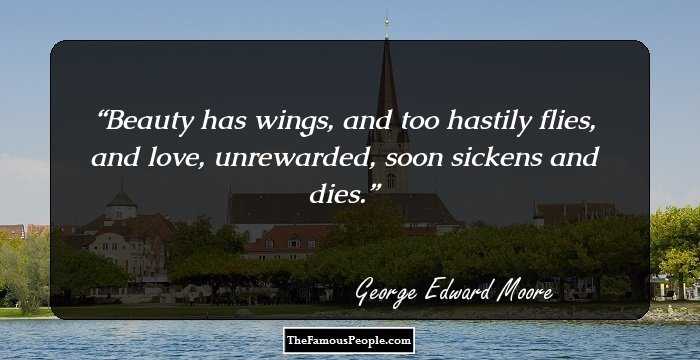 Beauty has wings, and too hastily flies, and love, unrewarded, soon sickens and dies.

The hours I spend with you I look upon as sort of a perfumed garden, a dim twilight, and a fountain singing to it. You and you alone make me feel that I am alive. Other men it is said have seen angels, but I have seen thee and thou art enough. 38 Thought-Provoking Quotes By John Locke, The Father Of Liberalism