David Takayoshi Suzuki isÂ a Canadian Academic, science broadcaster, and environmental activist. Suzuki started his academic career in 1958. After completing his Ph.D. in Zoology, he worked in the Oak Ridge National Laboratory. Later he worked as aÂ professor at the University of British Columbia for 49 years. He was a specialist in genetics. Later in 1970 he began his broadcasting career on a weekly childrenâs show âSuzuki on Scienceâ and many other television shows. Recently, he has presented himself as a spokesperson on global climate change. He is trying hard to convince people and leaders about the fact that climate change is a serious issue and also argues that majority of the scientists agree that human actions are responsible for this change. He has very strong and important points to put forward regarding his concerns.Â He is quiet vocal aboutÂ climate change and environment. His quotes and thoughts will force you to think We have gathered few of his thoughts and famous quotes about climate change, environment, politics, earth, life, world, money, opportunity and more. 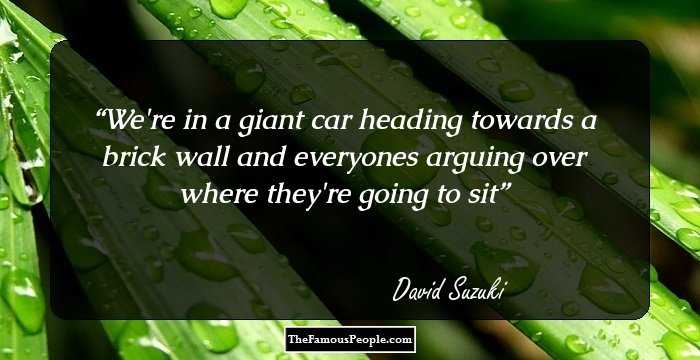 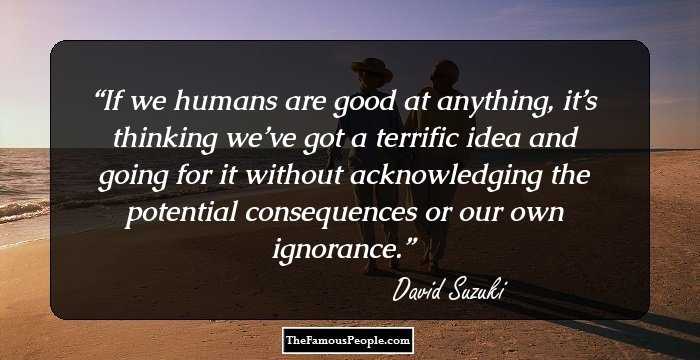 If we humans are good at anything, it’s thinking we’ve got a terrific idea and going for it without acknowledging the potential consequences or our own ignorance. 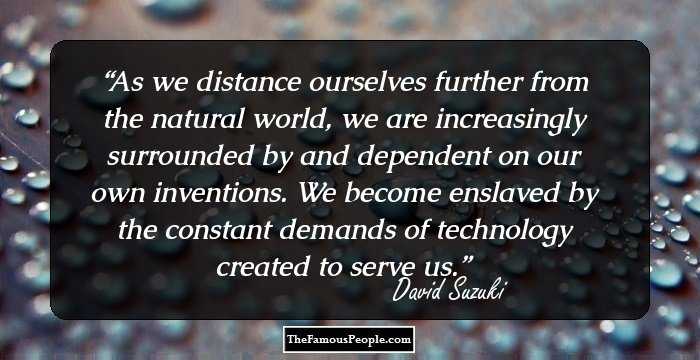 As we distance ourselves further from the natural world, we are increasingly surrounded by and dependent on our own inventions. We become enslaved by the constant demands of technology created to serve us. 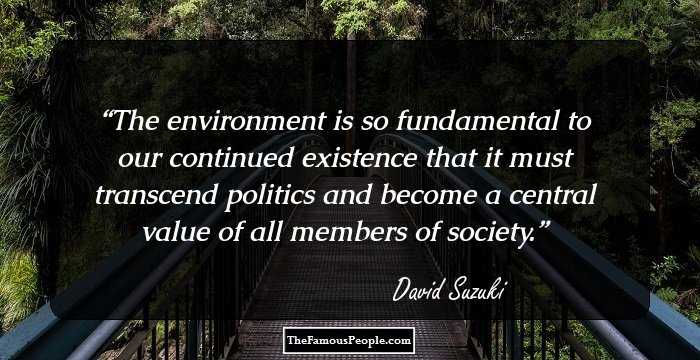 The environment is so fundamental to our continued existence that it must transcend politics and become a central value of all members of society. 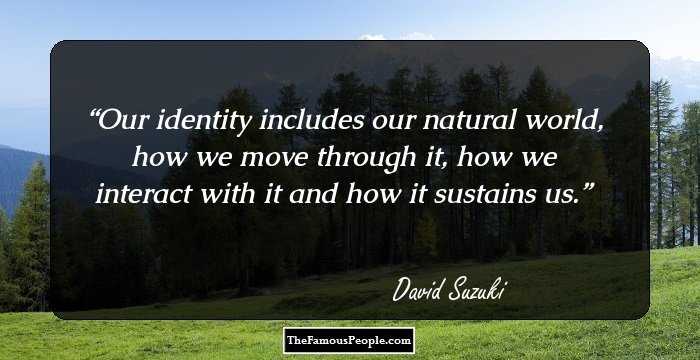 Our identity includes our natural world, how we move through it, how we interact with it and how it sustains us. 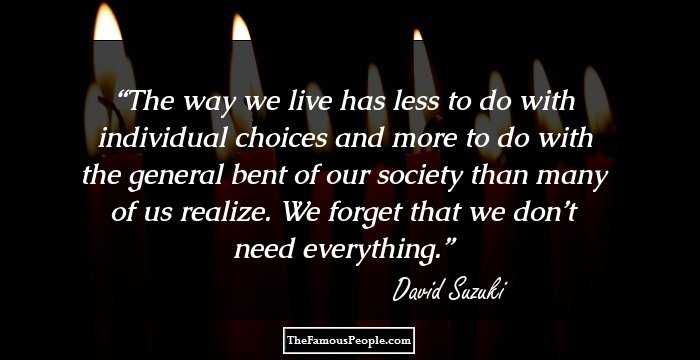 The way we live has less to do with individual choices and more to do with the general bent of our society than many of us realize. We forget that we don’t need everything. 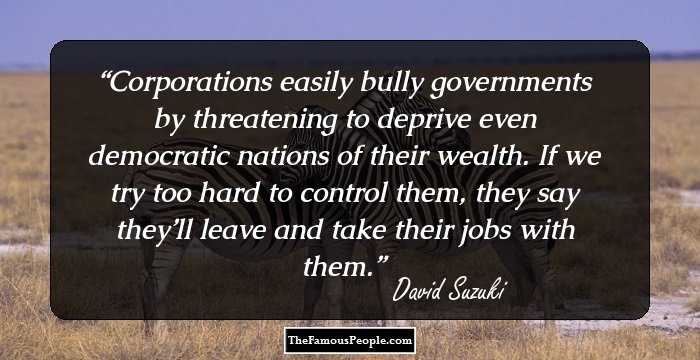 Corporations easily bully governments by threatening to deprive even democratic nations of their wealth. If we try too hard to control them, they say they’ll leave and take their jobs with them. 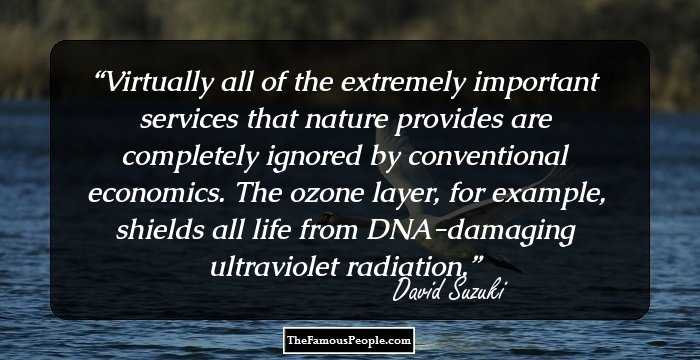 Virtually all of the extremely important services that nature provides are completely ignored by conventional economics. The ozone layer, for example, shields all life from DNA-damaging ultraviolet radiation. 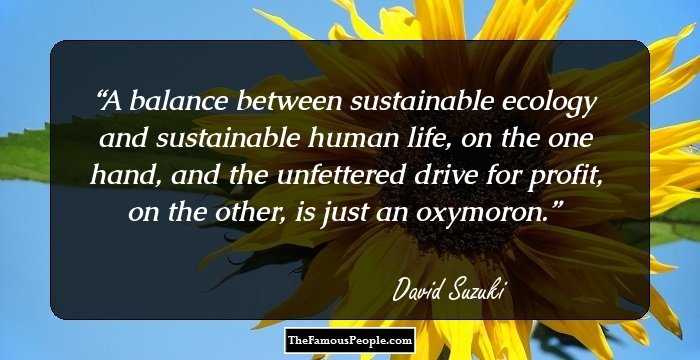 A balance between sustainable ecology and sustainable human life, on the one hand, and the unfettered drive for profit, on the other, is just an oxymoron.