Famous As: Canadian Singer Known for Her Songs: âMy Heart Will Go Onâ and âThe Power of Loveâ
Born On: March 30, 1968
Born In: Charlemagne, Canada
Founder / Co Founder: Canadian Cystic Fibrosis Foundation
Age: 54 Years
Celine Dion is a globally famous Canadian singer known for singing the theme song in the super hit film âThe Titanicâ. Coming from a musical background, she started playing the piano at an early age of 5. She recorded her first demo tape at the age of 12 which helped her sign a contract with a renowned manager to come up with his first album âLa Voix du bon Dieu (The Voice of God)â, which turned out to be successful and made her instantly famous. She went on to participate in a popular song festival and became the âTop Performerâ which helped her fame reach out to various parts of the world. This encouraged her to participate in competitions in various other countries and she became a teen sensation. She further came up with her first album in English titled âUnisonâ which was followed by a couple of albums before her first notable album called âThe Power of Loveâ which topped the billboard charts. Her next album âLetâs Talk About Loveâ had the song âMy Heart Will Go Onâ, which became her signature song. She further worked for various albums and appeared in the famous Residency Show âA New Day...â which maintained her reputation as a singer. She has won various awards including five 'Grammy Awardsâ. Her voice, songs, lyrics, thoughts and music has many hearts skip a beat. We have collected her quotes from her songs, lyrics and life. Read on the quotes and sayings by Celine Dion which will make you tap your feat to her rhythm.
Listed In:
Musicians
Singers 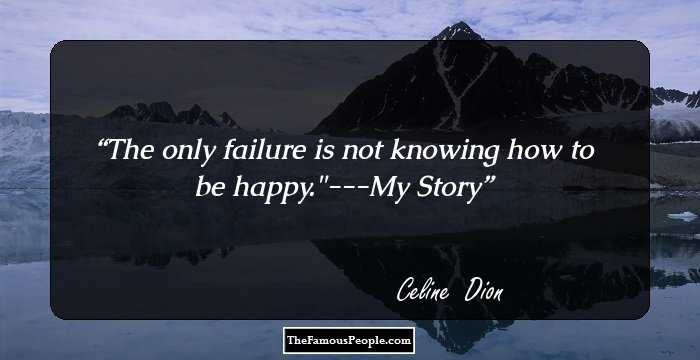 The only failure is not knowing how to be happy."---My Story 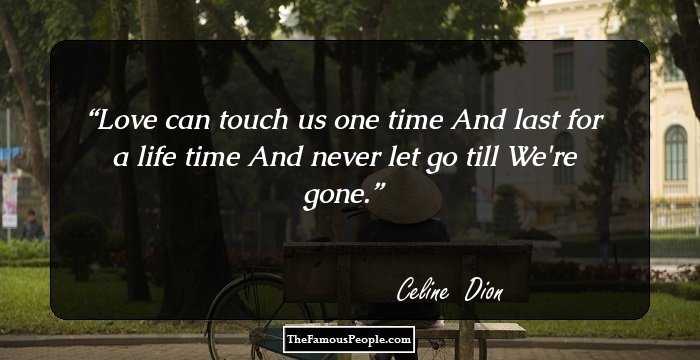 Love can touch us one time And last for a life time And never let go till We're gone. 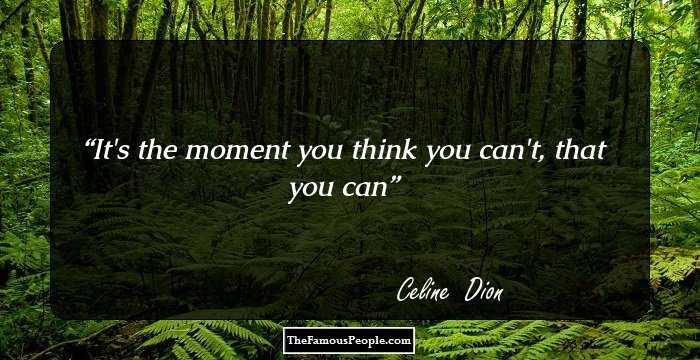 It's the moment you think you can't, that you can 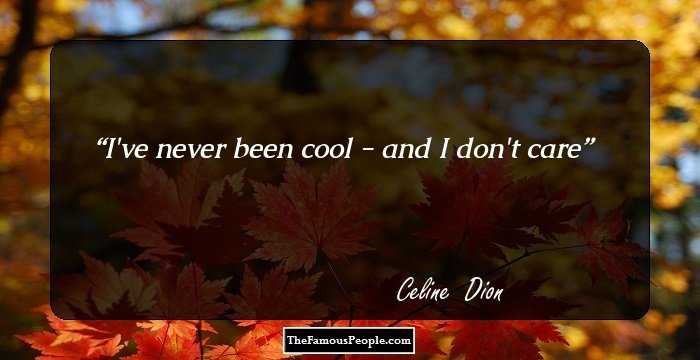 I've never been cool - and I don't care 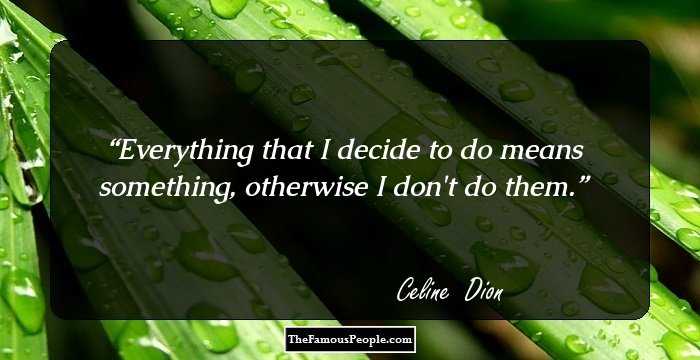 Everything that I decide to do means something, otherwise I don't do them. 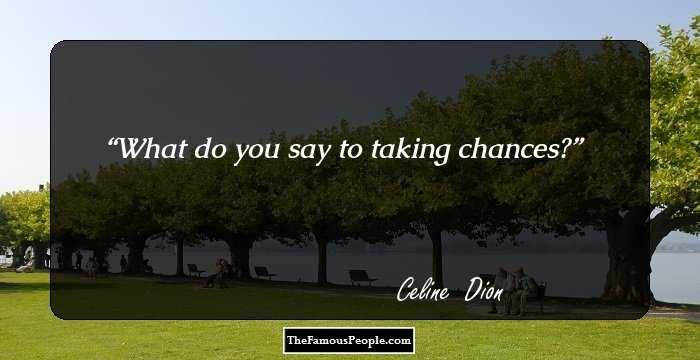 What do you say to taking chances? 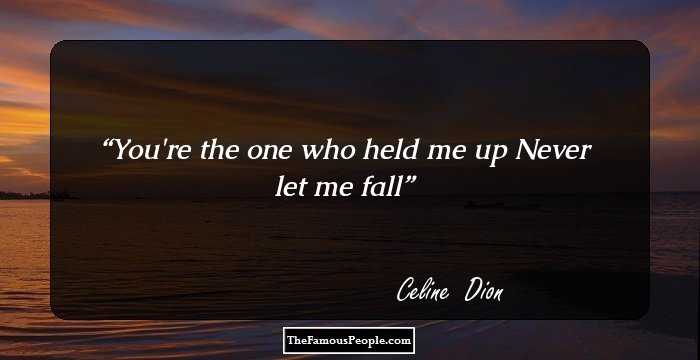 You're the one who held me up Never let me fall 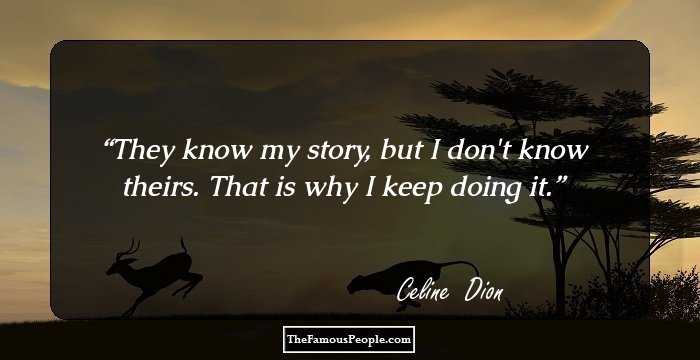 They know my story, but I don't know theirs. That is why I keep doing it. 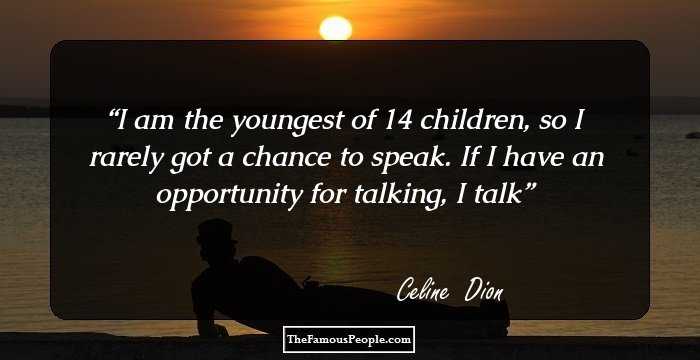 I am the youngest of 14 children, so I rarely got a chance to speak. If I have an opportunity for talking, I talk 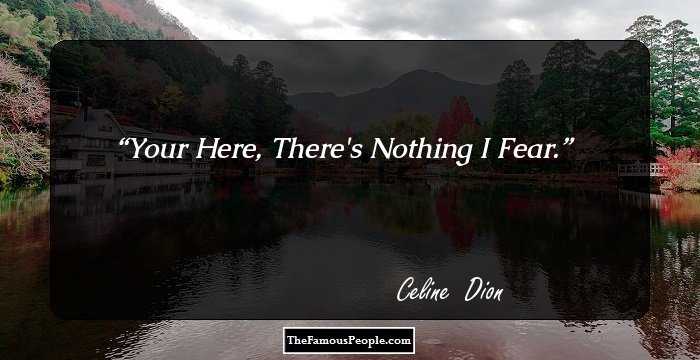 Your Here, There's Nothing I Fear. 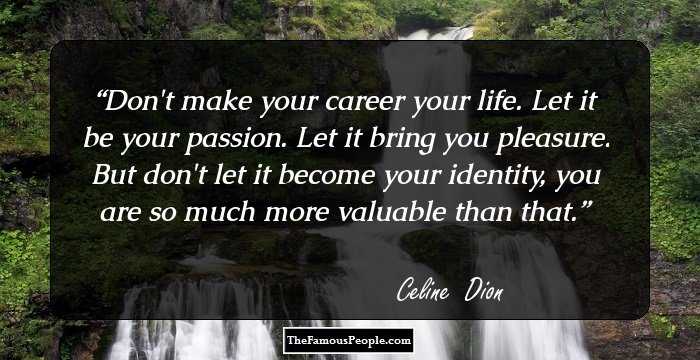 Don't make your career your life. Let it be your passion. Let it bring you pleasure. But don't let it become your identity, you are so much more valuable than that. 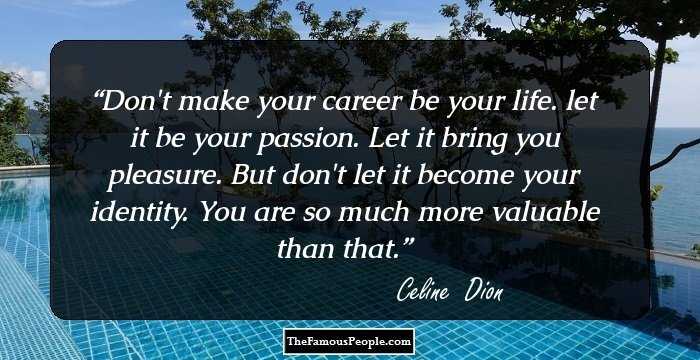 Don't make your career be your life. let it be your passion. Let it bring you pleasure. But don't let it become your identity. You are so much more valuable than that.