Born Abel Makkonen Tesfaye, âThe Weekndâ is an eminent Canadian record producer, singer, and songwriter. In 2010, he started his music career and uploaded several songs to YouTube anonymously. In 2011, he released various mixtapes, including âThursday,â âEchoes of Silence,â and âHouse of Balloons.â He gained critical recognition from many mainstream publications and earned impressive following. He has bagged in a number of awards and accolades, including nine âJuno Awards,â two âAmerican Music Awards,â three âGrammy Awards,â and nine âBillboard Music Awards.â He also earned an âAcademy Awardâ nomination. Following is a compilation of famous sayings by The Weeknd, which have been extracted from his songs, interviews, lyrics, and tweets. Scroll through the collection of sayings by The Weeknd on life, loyal, artist, inspiration, music, black, horror, artist, beginning, genius, nature, women, and more. 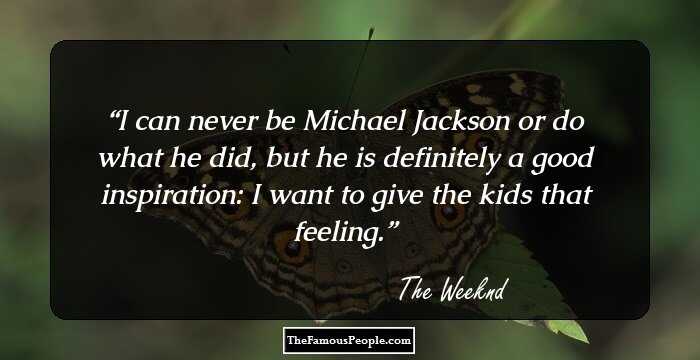 I can never be Michael Jackson or do what he did, but he is definitely a good inspiration: I want to give the kids that feeling. 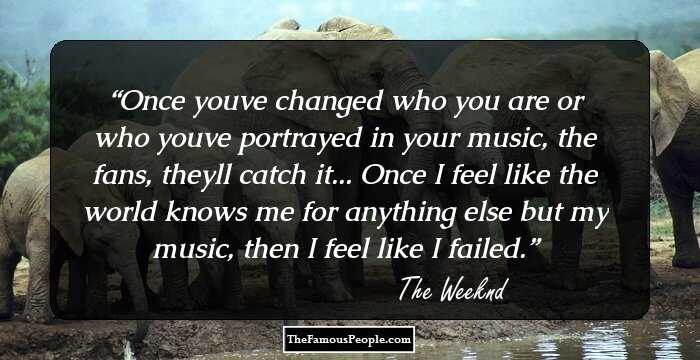 Once youve changed who you are or who youve portrayed in your music, the fans, theyll catch it... Once I feel like the world knows me for anything else but my music, then I feel like I failed. 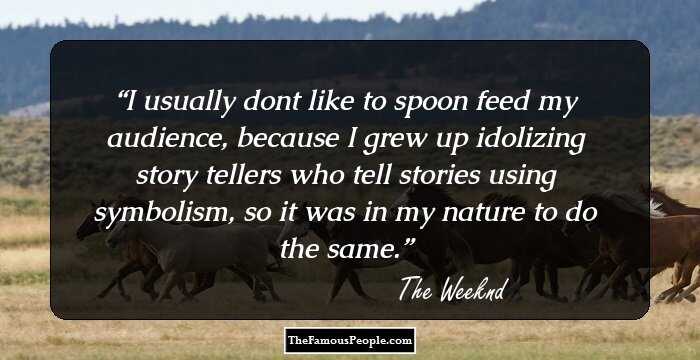 I usually dont like to spoon feed my audience, because I grew up idolizing story tellers who tell stories using symbolism, so it was in my nature to do the same. 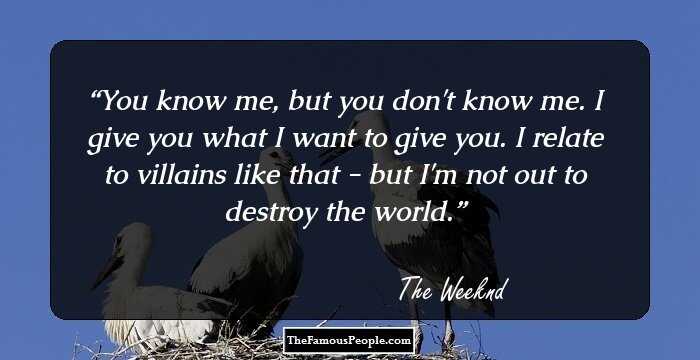 You know me, but you don't know me. I give you what I want to give you. I relate to villains like that - but I'm not out to destroy the world. 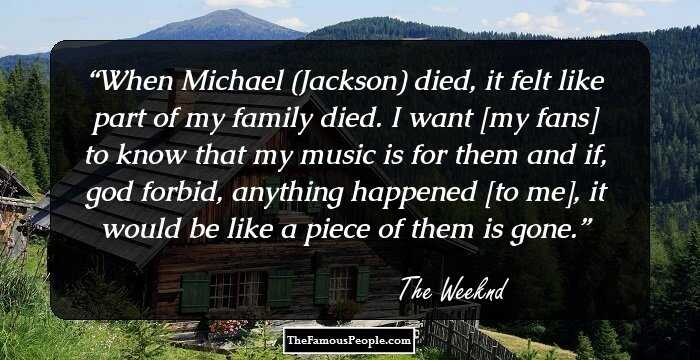 When Michael (Jackson) died, it felt like part of my family died. I want [my fans] to know that my music is for them and if, god forbid, anything happened [to me], it would be like a piece of them is gone. 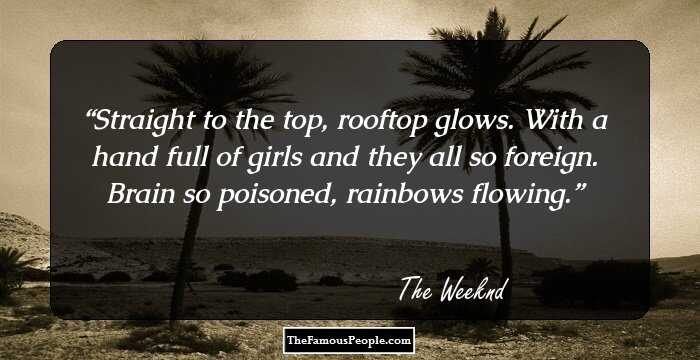 Straight to the top, rooftop glows. With a hand full of girls and they all so foreign. Brain so poisoned, rainbows flowing. 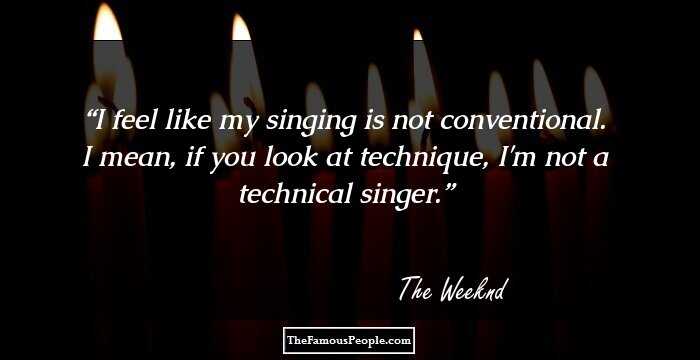 I feel like my singing is not conventional. I mean, if you look at technique, I'm not a technical singer. 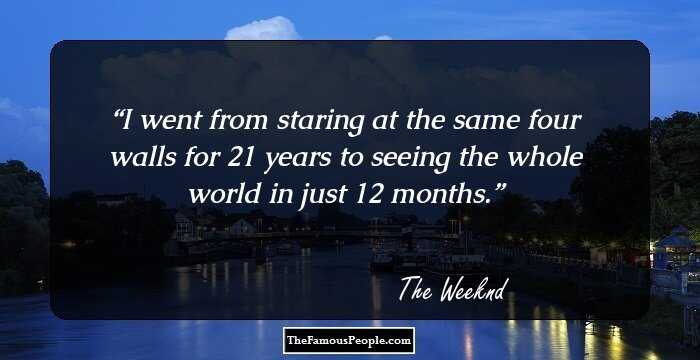 I went from staring at the same four walls for 21 years to seeing the whole world in just 12 months. 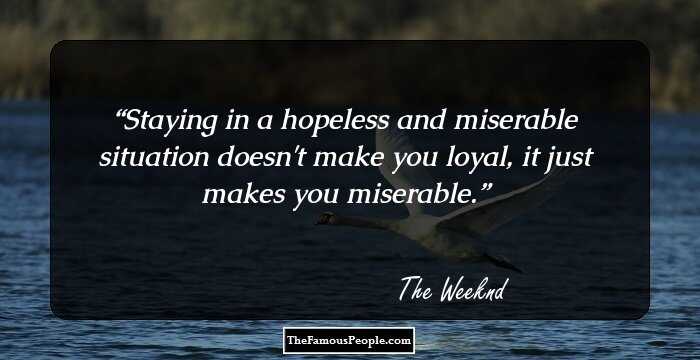 Staying in a hopeless and miserable situation doesn't make you loyal, it just makes you miserable. 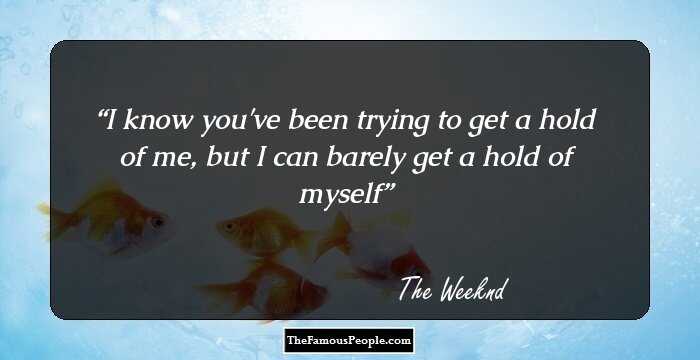 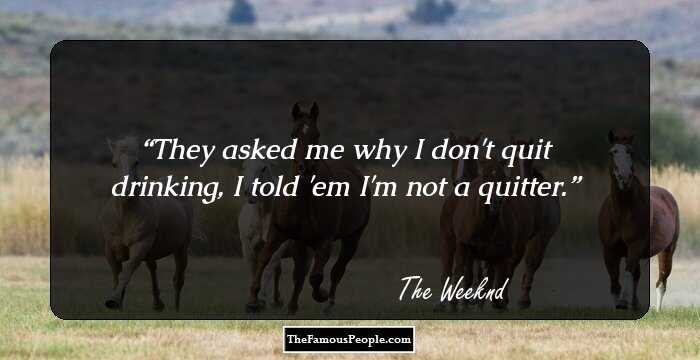 They asked me why I don't quit drinking, I told 'em I'm not a quitter. 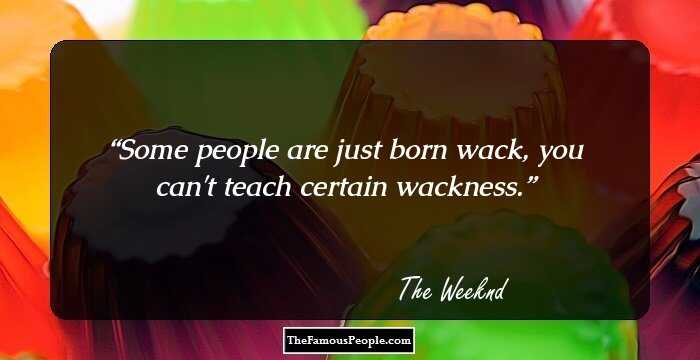 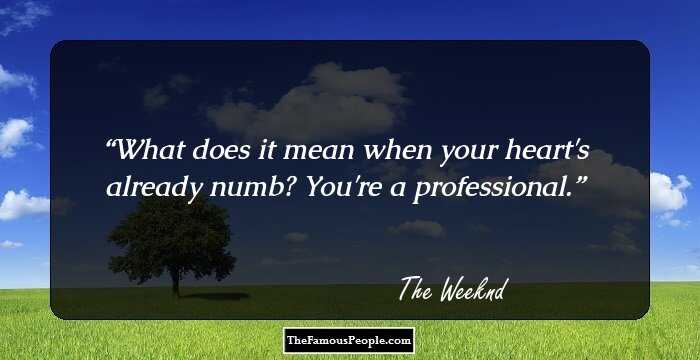 What does it mean when your heart's already numb? You're a professional. 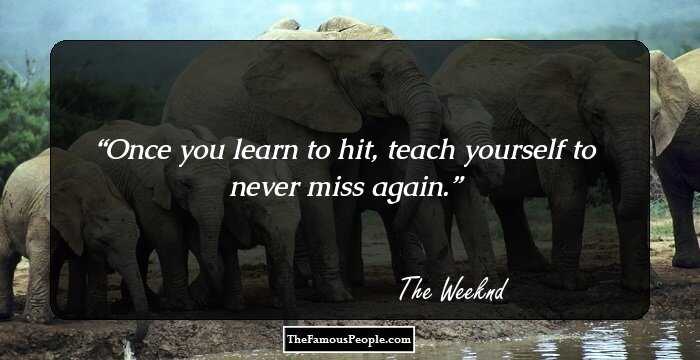 Once you learn to hit, teach yourself to never miss again. 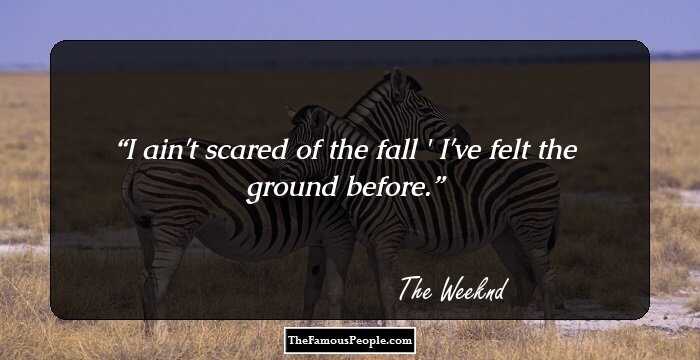 I ain't scared of the fall / I've felt the ground before. 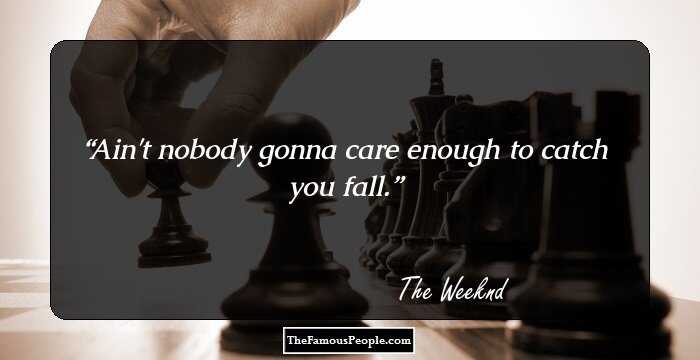 Ain't nobody gonna care enough to catch you fall. 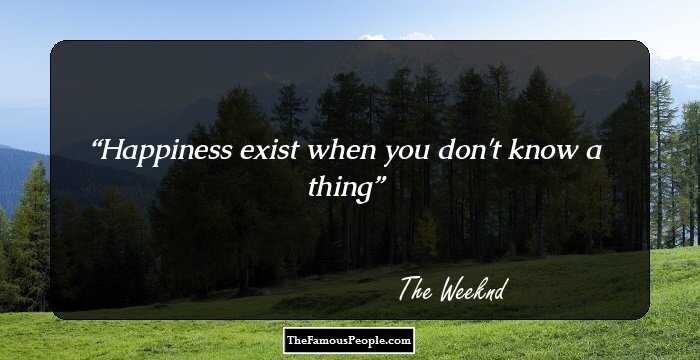 Happiness exist when you don't know a thing 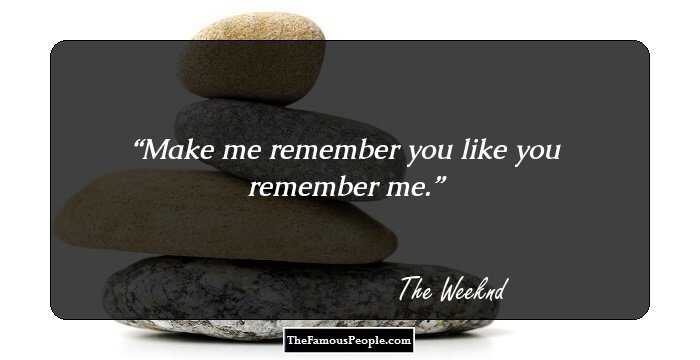 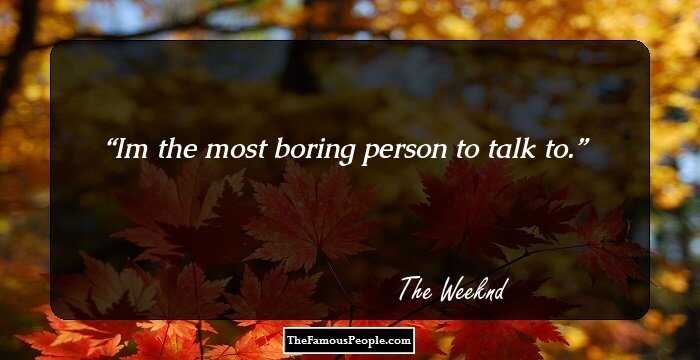 Im the most boring person to talk to. 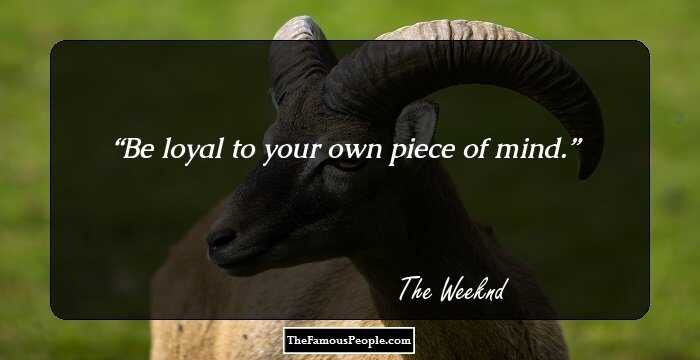 Be loyal to your own piece of mind. 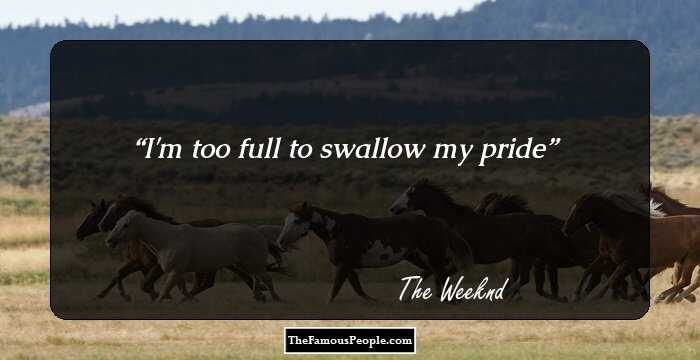 I'm too full to swallow my pride 75 Great Quotes By Justin Bieber With Bells On