Famous As: Athlete
Born On: May 28, 1887
Died On: March 28, 1953
Born In: Lincoln County, Oklahoma, United States
Died At Age: 65
Jim Thorpe was a prominent American athlete and Olympic gold medallist. He was the member of the âSac and Fox Nationâ and became the first Native American to earn a gold medal for the US. He bagged in the gold medal in the 1912 Olympic decathlon and pentathlon. He was also a professional baseball, football, and basketball played. He was inducted as a part of inaugural class by the âPro Football Hall of Fameâ in 1963. He earned a number of accolades for his athletic achievements. Take a look at the corpus of famous and quotable sayings and quotes by Jim Thorpe which have been amassed from his works, interviews, public utterances, thoughts and life.
Listed In:
Sportspersons 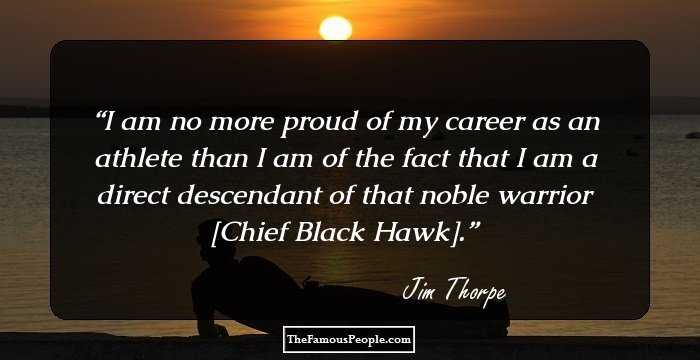 I am no more proud of my career as an athlete than I am of the fact that I am a direct descendant of that noble warrior [Chief Black Hawk]. 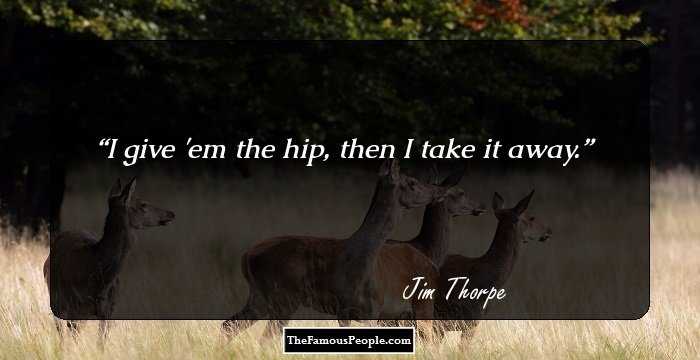 I give 'em the hip, then I take it away. 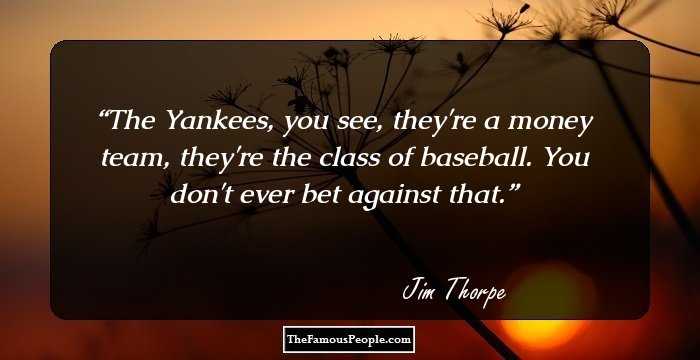 The Yankees, you see, they're a money team, they're the class of baseball. You don't ever bet against that. 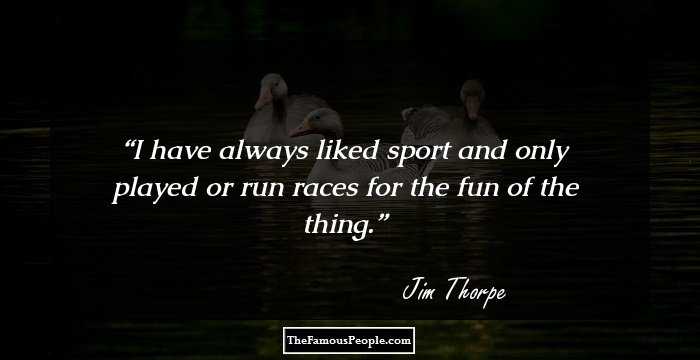 I have always liked sport and only played or run races for the fun of the thing. 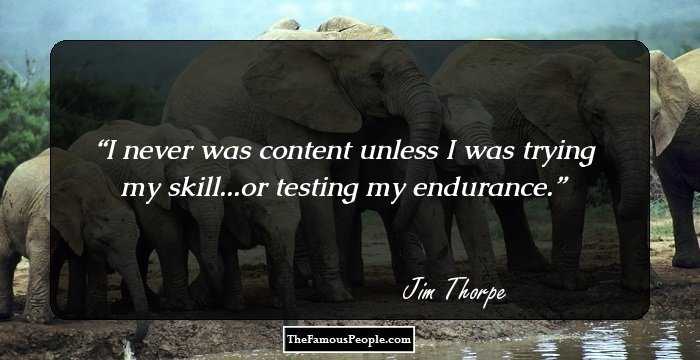 I never was content unless I was trying my skill...or testing my endurance. 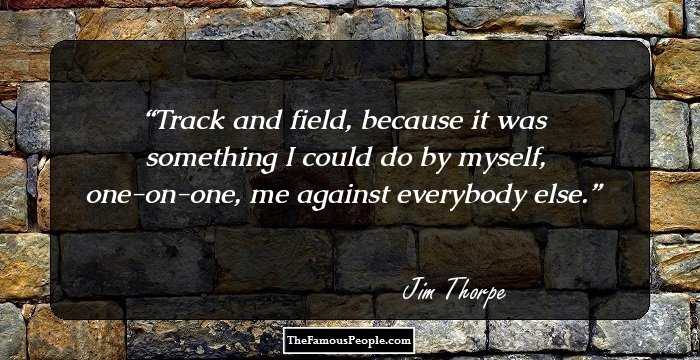 Track and field, because it was something I could do by myself, one-on-one, me against everybody else.