Famous As: Australian Actress Best Known for Her Role in the TV Series âChuckâ and 'The Handmaid's Tale'
Born On: July 30, 1982
Born In: Werrington Downs, Australia
Age: 40 Years

Yvonne Strahovski is a renowned Australian film, television and theatre actress. She has gained prominence for her dramatic television performances and earned a number of awards and nominations, including three âScreen Actors Guild Awardâ nominations and one âPrimetime Emmy Awardâ nomination. For her role in âThe Handmaidâs Tale,â she earned a nomination for the âGolden Globe Award.â Some of her noteworthy works include âChuck,â âLego: The Adventures of Clutch Powers,â âThe Predator,â â24: Live Another Day,â âBatman: Bad Blood,â and âThe Astronaut Wives Club,â amongst various others. Following is a collection of famous quotes by Yvonne Strahovski on art, character, attention, television, memories, cinema, strength, luck, legends, directors, songs, actors, life, depression, etc. 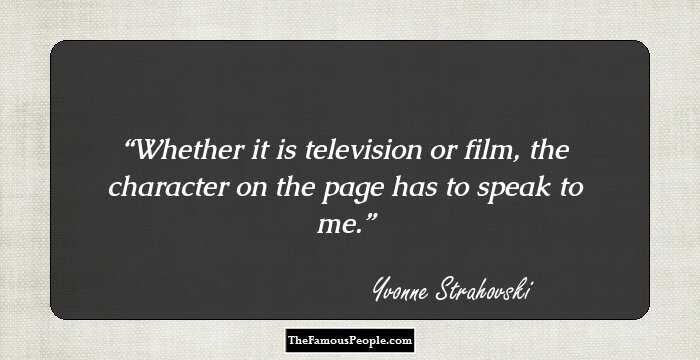 Whether it is television or film, the character on the page has to speak to me. 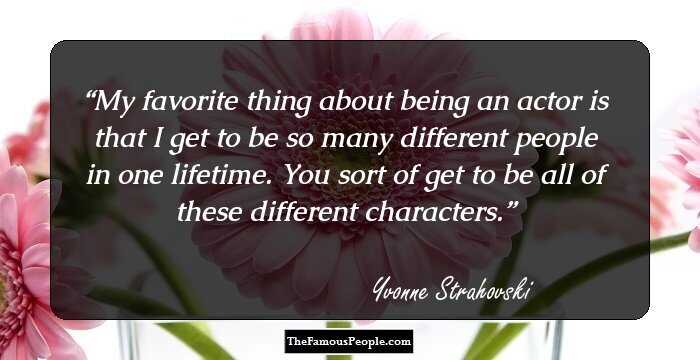 My favorite thing about being an actor is that I get to be so many different people in one lifetime. You sort of get to be all of these different characters. 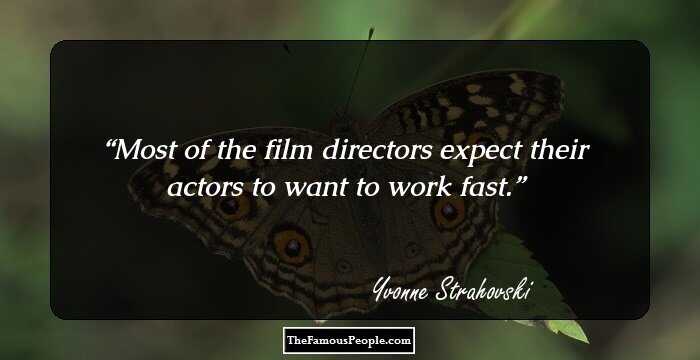 Most of the film directors expect their actors to want to work fast. 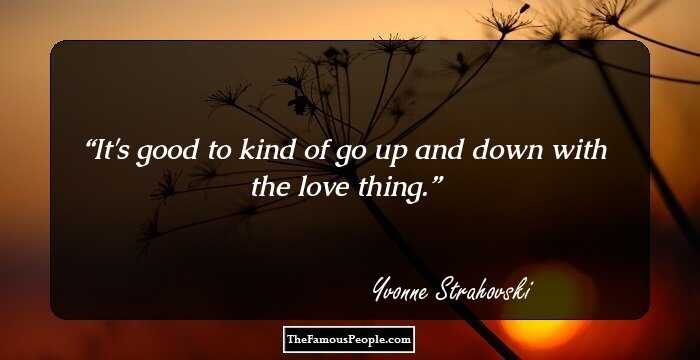 It's good to kind of go up and down with the love thing. 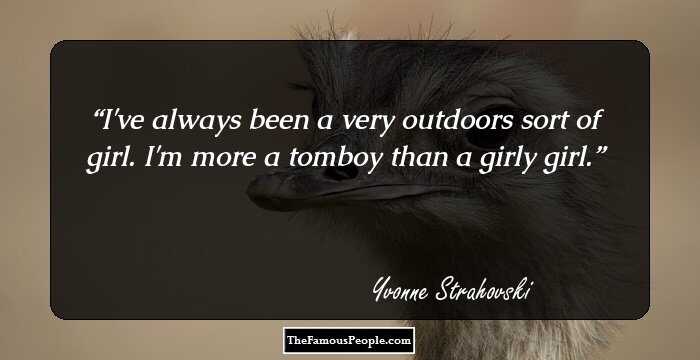 I've always been a very outdoors sort of girl. I'm more a tomboy than a girly girl. 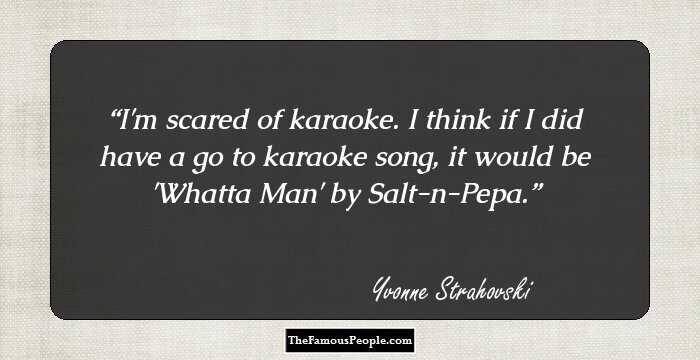 I'm scared of karaoke. I think if I did have a go to karaoke song, it would be 'Whatta Man' by Salt-n-Pepa. 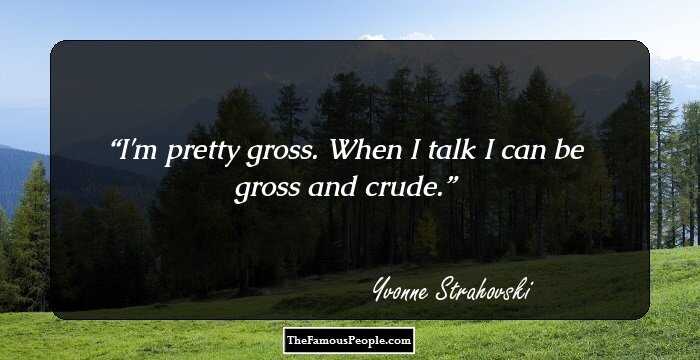 I'm pretty gross. When I talk I can be gross and crude. 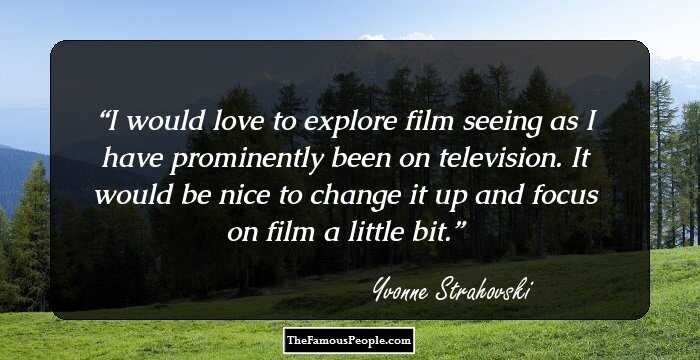 I would love to explore film seeing as I have prominently been on television. It would be nice to change it up and focus on film a little bit. 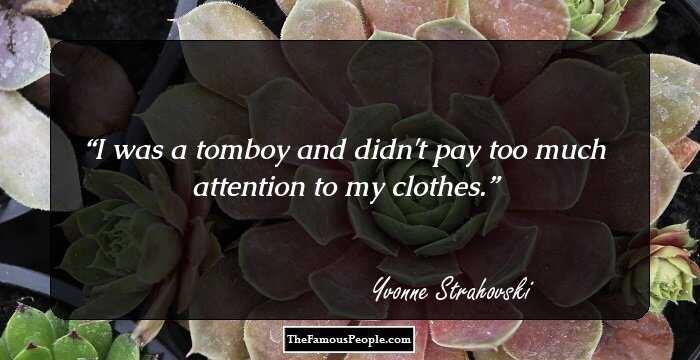 I was a tomboy and didn't pay too much attention to my clothes. 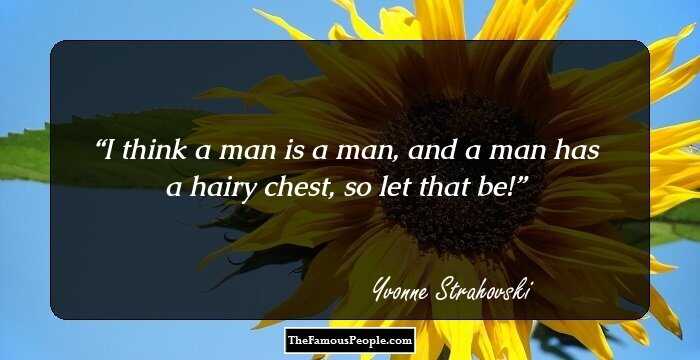 I think a man is a man, and a man has a hairy chest, so let that be! 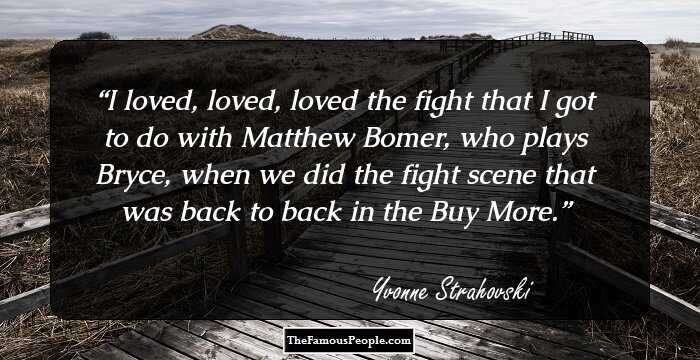 I loved, loved, loved the fight that I got to do with Matthew Bomer, who plays Bryce, when we did the fight scene that was back to back in the Buy More. 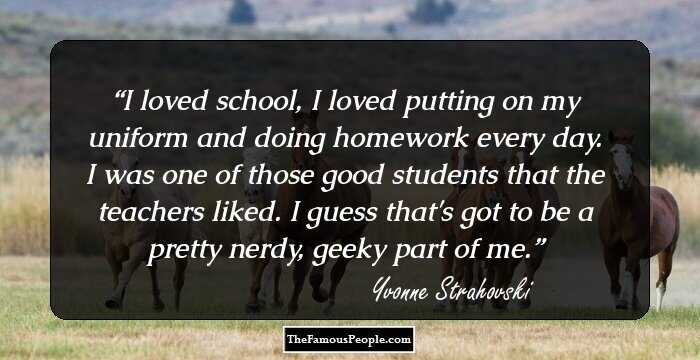 I loved school, I loved putting on my uniform and doing homework every day. I was one of those good students that the teachers liked. I guess that's got to be a pretty nerdy, geeky part of me. 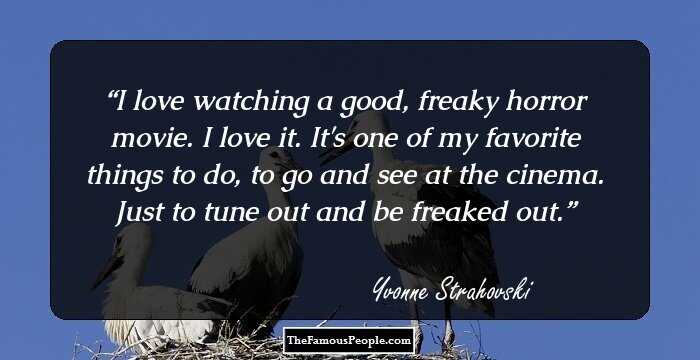 I love watching a good, freaky horror movie. I love it. It's one of my favorite things to do, to go and see at the cinema. Just to tune out and be freaked out. 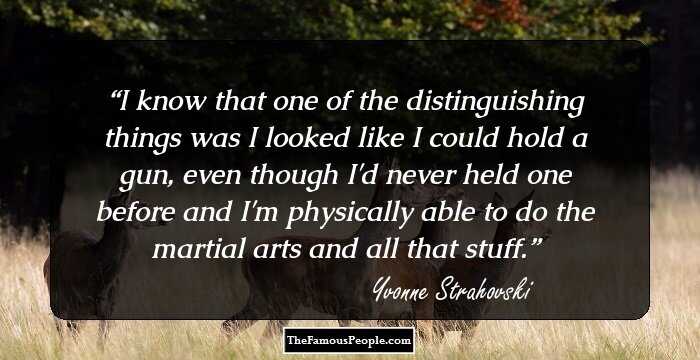 I know that one of the distinguishing things was I looked like I could hold a gun, even though I'd never held one before and I'm physically able to do the martial arts and all that stuff. 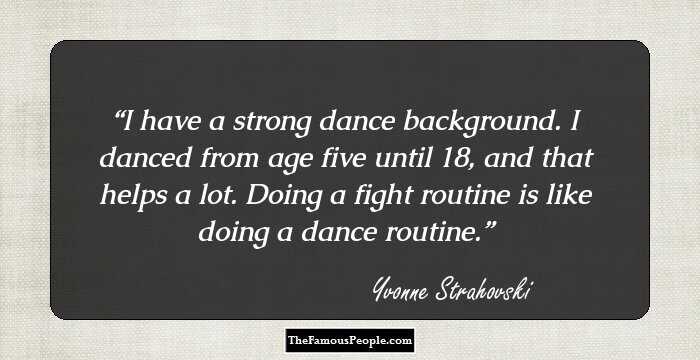 I have a strong dance background. I danced from age five until 18, and that helps a lot. Doing a fight routine is like doing a dance routine. 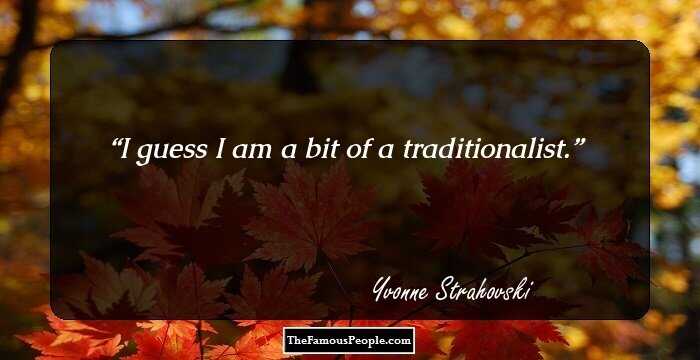 I guess I am a bit of a traditionalist. 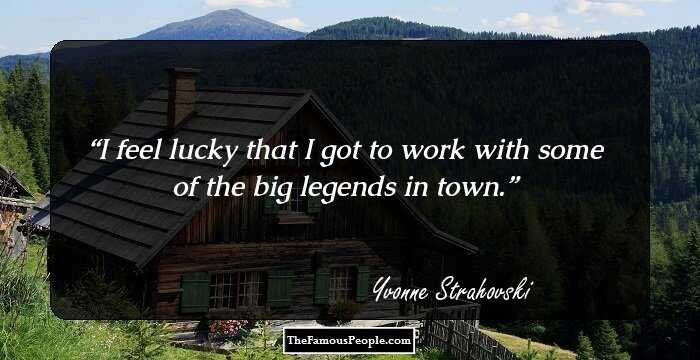 I feel lucky that I got to work with some of the big legends in town. 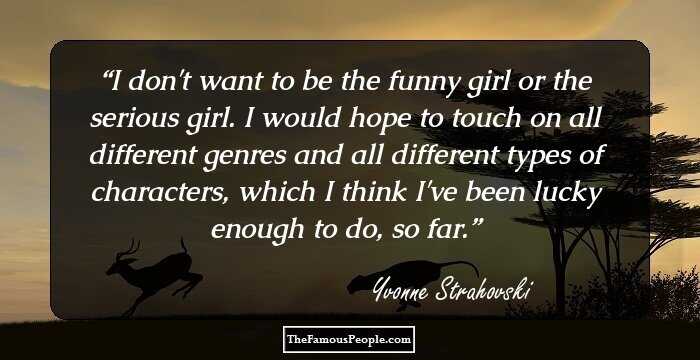 I don't want to be the funny girl or the serious girl. I would hope to touch on all different genres and all different types of characters, which I think I've been lucky enough to do, so far. 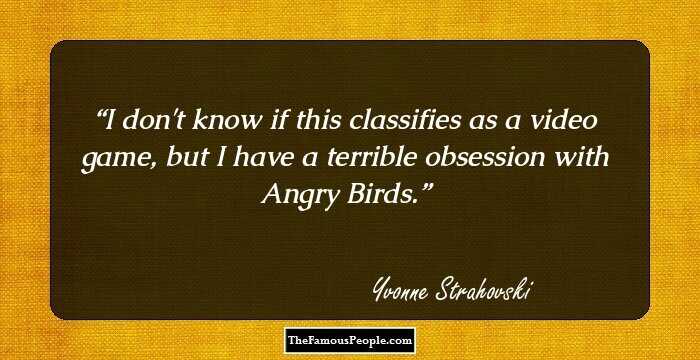 I don't know if this classifies as a video game, but I have a terrible obsession with Angry Birds.

I remember being at Greenblatt's on Sunset, and some guy just walked straight up to me, and he had some bling on and whatever, and said something about a party down in Malibu and asked if I would jump in his car and go to the party. All I could think was, 'Who are you? I don't know you, and I don't care about how good your car is.'

I was pretty nervous when I met Robert DeNiro. I kind of felt like a kid in a candy store for the first time. I couldn't wipe the grin off of my face. But Bobby DeNiro was really, really sweet and made me feel very comfortable. He's very low-key and just a superstar professional, and totally someone to be admired.

I've been lucky enough to get a taste of the feature film world, the TV world and Broadway, as well, and see what everything is like. For me, it's very much about the character and how different it is from something I've done earlier.

I've been very physical my whole life. I went out hiking and camping for days in the Australian forest, and when I trained at drama school for three years, we did a whole lot on stage-fighting techniques. And I was a dancer from 5 to 18, so I have a memory for choreography.