Famous As: Historian, Novelist, Poet, Mythographer
Born On: July 16, 1938
Born In: Chicago, Illinois, United States
Age: 84 Years
William Irwin Thompson is a celebrated cultural critic and social philosopher. In 1986, he was awarded the âOslo International Poetry Festival Award.â Thompson defines his speaking and writing style as âmind-jazz on ancient texts.â Some of noteworthy works include âThe Evolution of the Afterlife,â âStill Travels,â âThe Case for Teaching Geometry Before Algebra,â âThe Death of Neda,â âThe Lessons of History,â and âThe Four Cultural Ecologies of the West,â etc. We bring to you some popular quotations and sayings by William Irwin Thompson, which are quoted extensively. Here is a list of famous thoughts and quotes by William Irwin Thompson, which have been derived from his writings, poems, essays, books, works, utterances and life.
Listed In:
Writers
Philosophers
Poets
Intellectuals & Academics 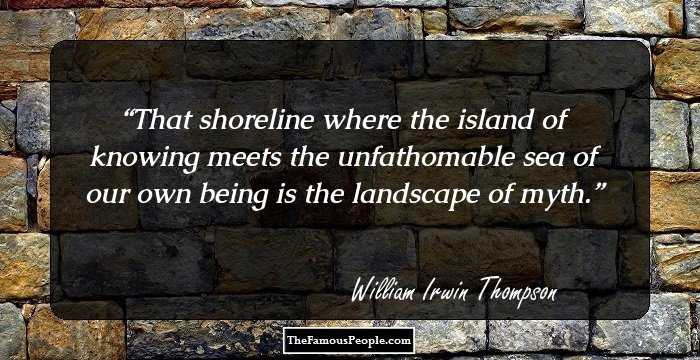 That shoreline where the island of knowing meets the unfathomable sea of our own being is the landscape of myth. 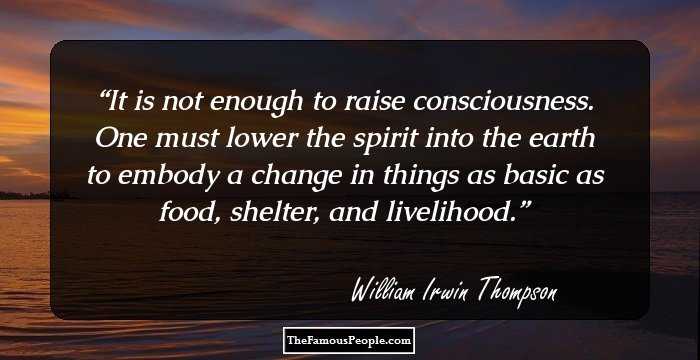 It is not enough to raise consciousness. One must lower the spirit into the earth to embody a change in things as basic as food, shelter, and livelihood. 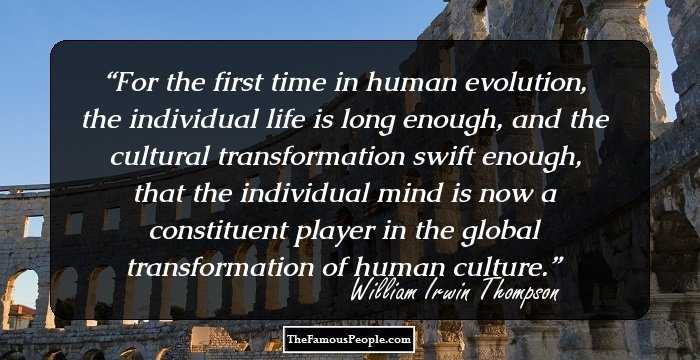 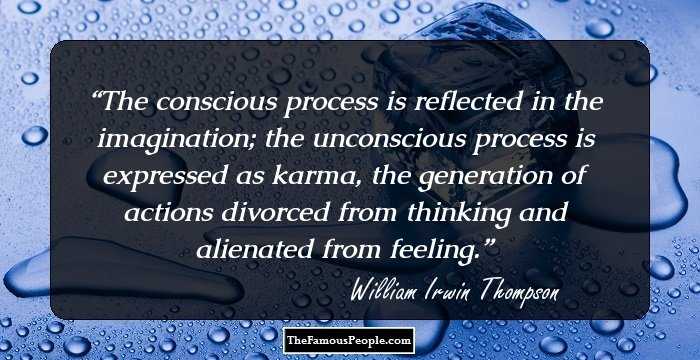 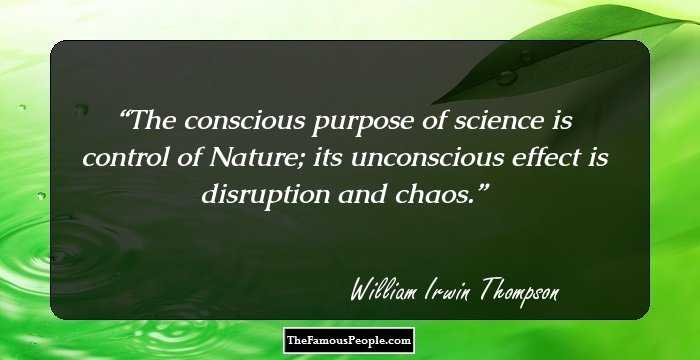 The conscious purpose of science is control of Nature; its unconscious effect is disruption and chaos. 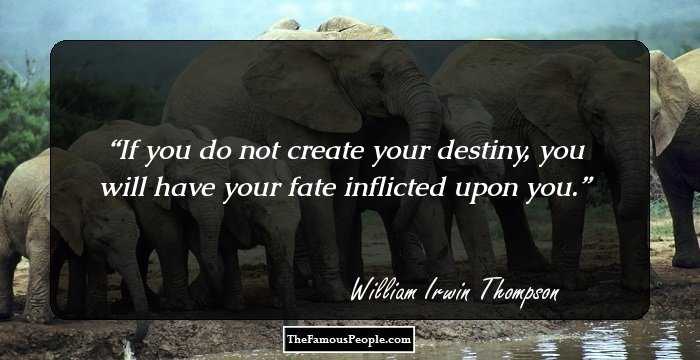 If you do not create your destiny, you will have your fate inflicted upon you. 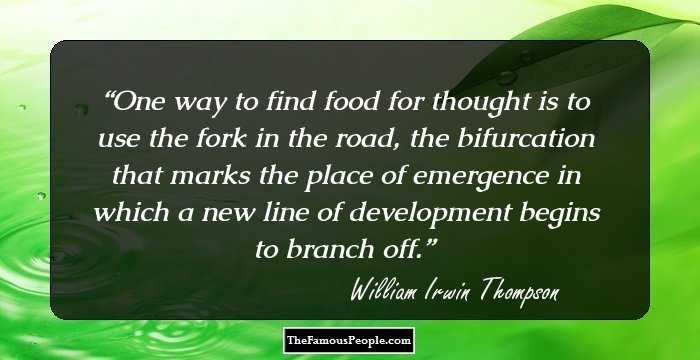 One way to find food for thought is to use the fork in the road, the bifurcation that marks the place of emergence in which a new line of development begins to branch off. 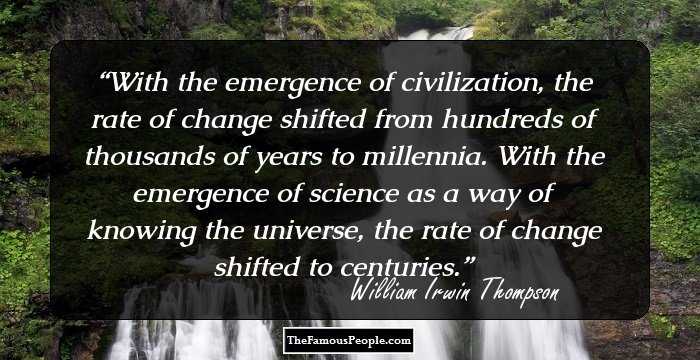 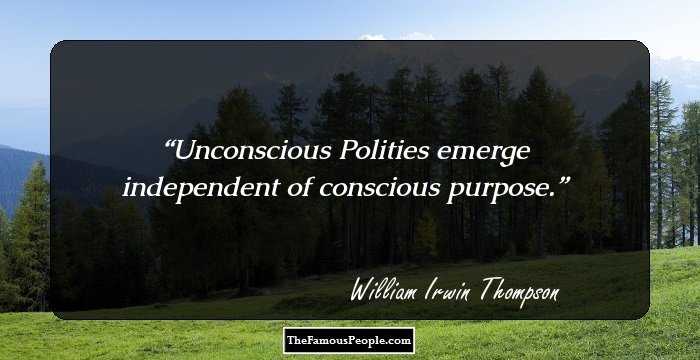 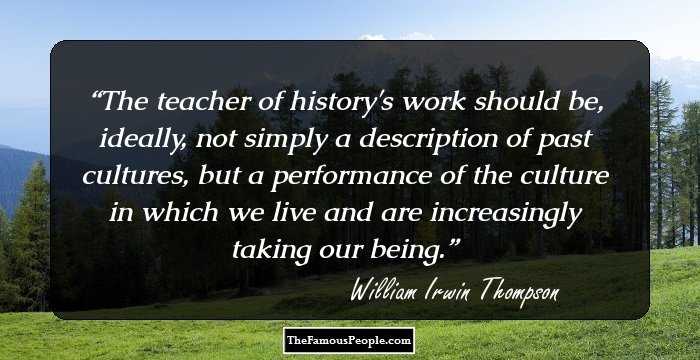 The teacher of history's work should be, ideally, not simply a description of past cultures, but a performance of the culture in which we live and are increasingly taking our being. 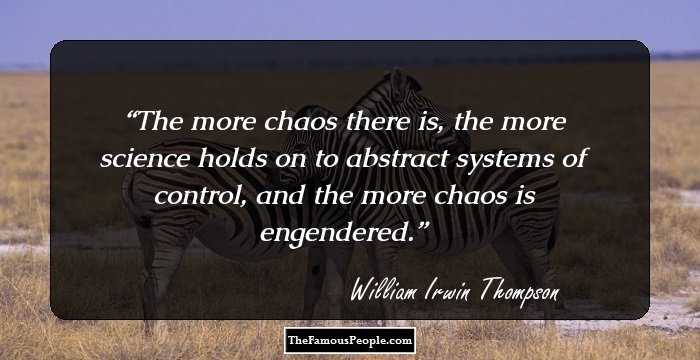 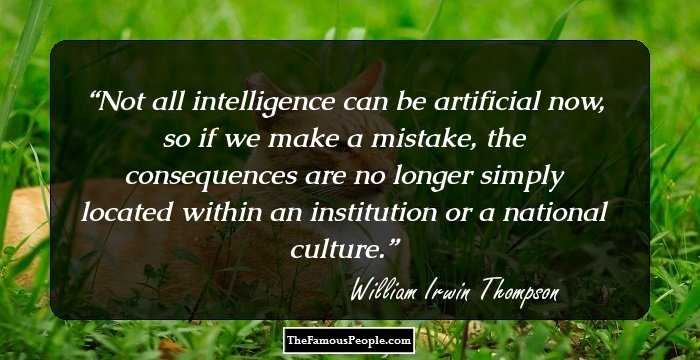 Not all intelligence can be artificial now, so if we make a mistake, the consequences are no longer simply located within an institution or a national culture. 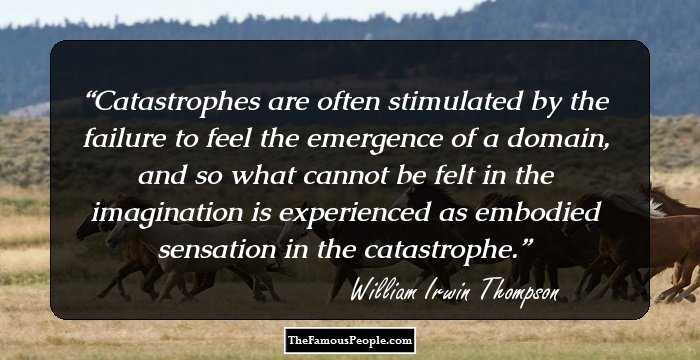 Catastrophes are often stimulated by the failure to feel the emergence of a domain, and so what cannot be felt in the imagination is experienced as embodied sensation in the catastrophe. 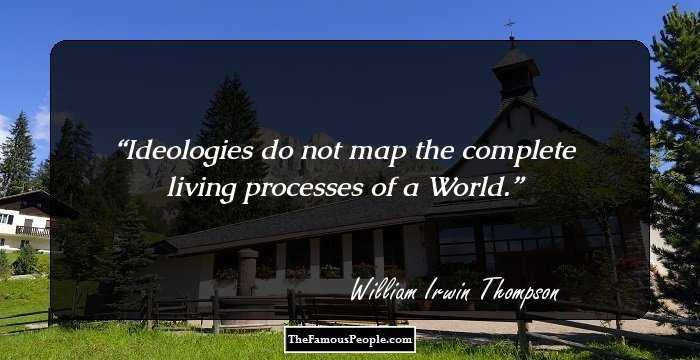 Ideologies do not map the complete living processes of a World. 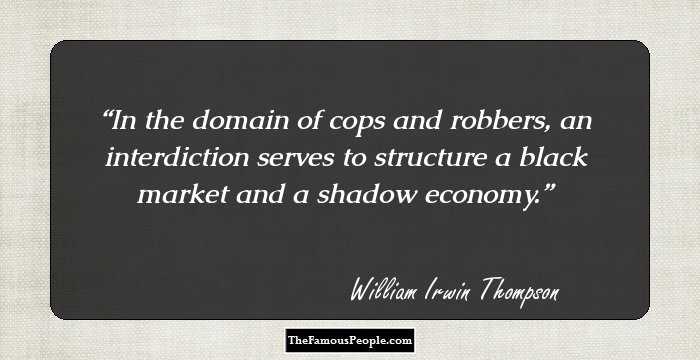 In the domain of cops and robbers, an interdiction serves to structure a black market and a shadow economy. 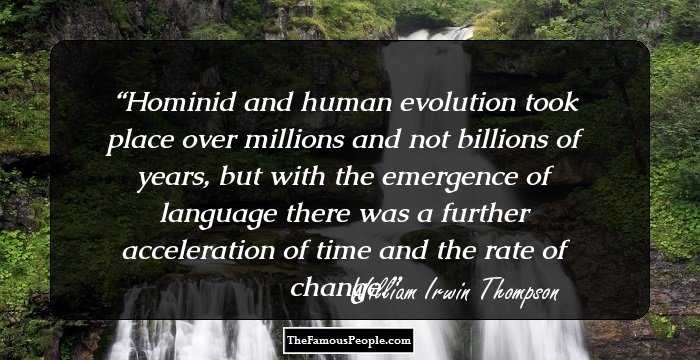 Hominid and human evolution took place over millions and not billions of years, but with the emergence of language there was a further acceleration of time and the rate of change. 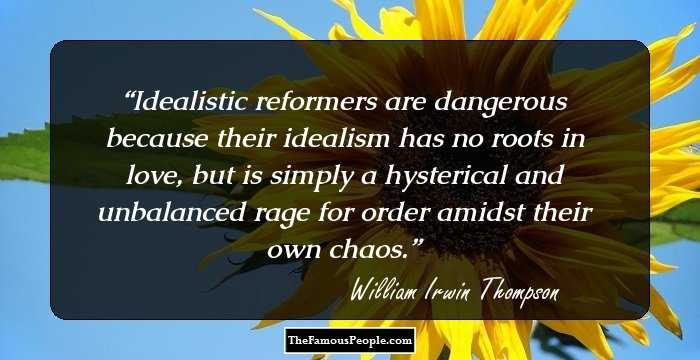 Idealistic reformers are dangerous because their idealism has no roots in love, but is simply a hysterical and unbalanced rage for order amidst their own chaos. 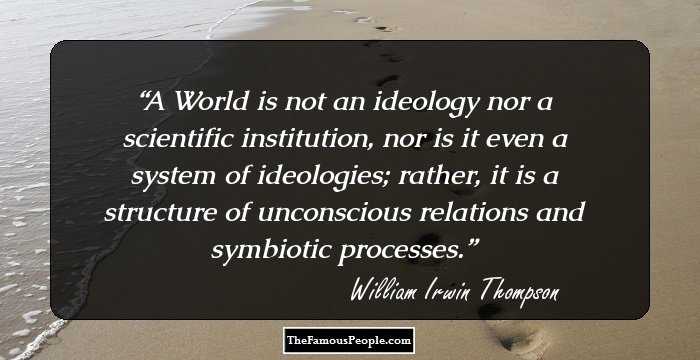 A World is not an ideology nor a scientific institution, nor is it even a system of ideologies; rather, it is a structure of unconscious relations and symbiotic processes.