7 Inspiring Quotes By William Glasser For Your Dose Of Happiness

Famous As: Developer of reality therapy and choice theory
Born On: May 11, 1925
Died On: August 23, 2013
Born In: Cleveland
Founder / Co Founder: Institute for Reality Therapy
Died At Age: 88
William Glasser was an acclaimed psychiatrist known to have developed âReality Therapyâ and âChoice Theoryâ. After completing his studies he served as a teacher of reality therapy. During this period he met his future mentor GL Harrington who inspired him to conduct a private psychotherapy practice. This practice went on for the next thirty years during which he came across the control theory system. This theory had a deep influence on his development of reality and choice. He published his first book titled âReality Theoryâ which aimed at enlightening people about happiness in life. It became a best-seller as it sold more than 1.5 million copies. This success encouraged him to turn it into a series of books where he discussed ways to deal with emotional and mental problems. He further came up with a book titled âChoice Theoryâ where he described the human tendency to choose unhappiness. Through this book he even tried to explain his thoughts and ways of controlling behavior of a person towards different happenings in life. He deeply studied the reasons for unhappiness and suggested various solutions which had significant logic behind them. Browse through the quotes and thoughts by this great psychiatrist to understand the real meaning of happiness. Take a look at the famous quotations and sayings by William Glasser which have been excerpted from his book, thoughts, writings, research, work and life.
Listed In:
Intellectuals & Academics 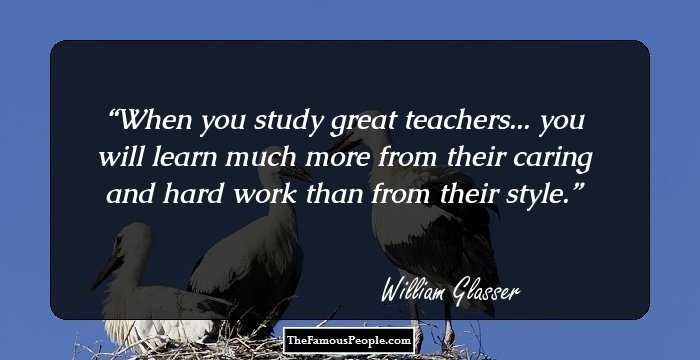 When you study great teachers... you will learn much more from their caring and hard work than from their style.

You Will
William Glasser 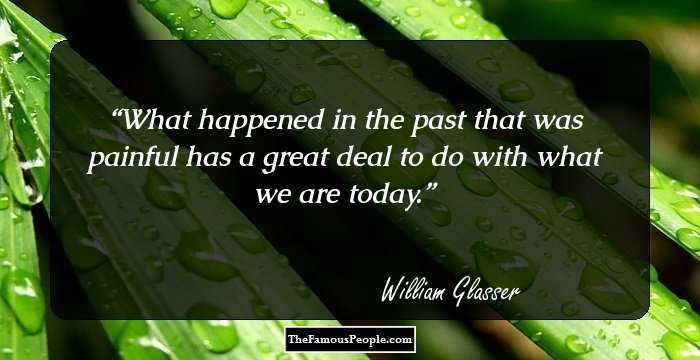 What happened in the past that was painful has a great deal to do with what we are today. 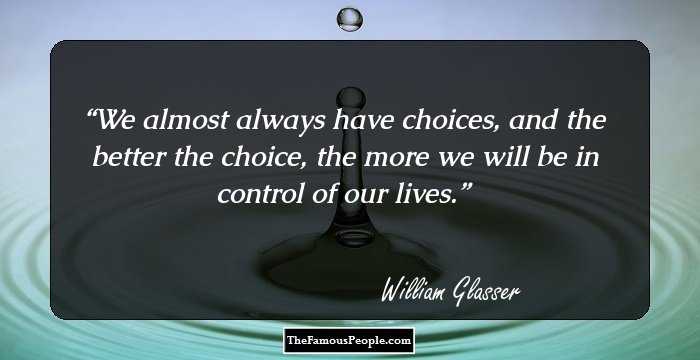 We almost always have choices, and the better the choice, the more we will be in control of our lives. 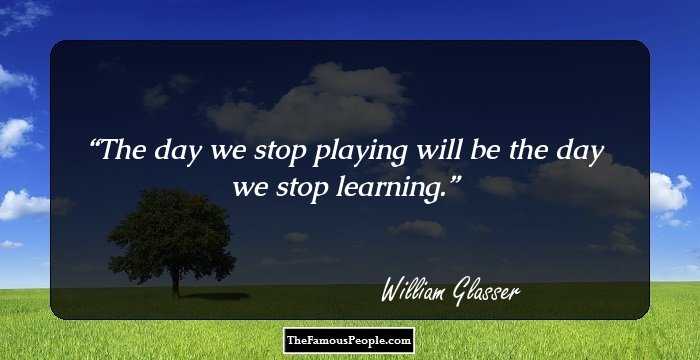 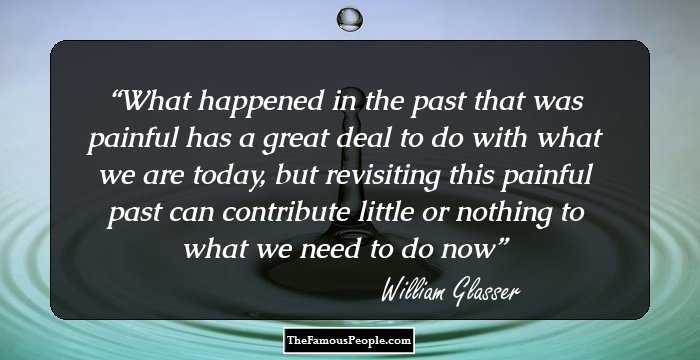 What happened in the past that was painful has a great deal to do with what we are today, but revisiting this painful past can contribute little or nothing to what we need to do now 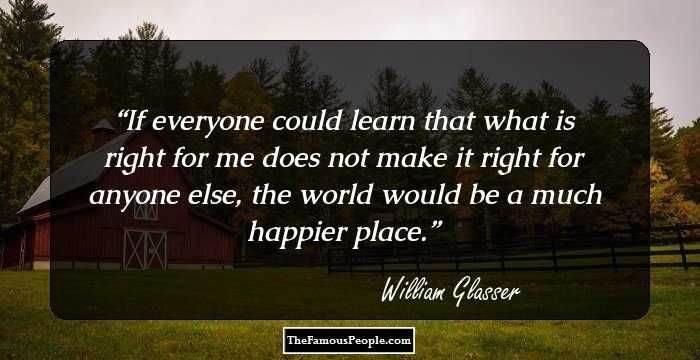 If everyone could learn that what is right for me does not make it right for anyone else, the world would be a much happier place. 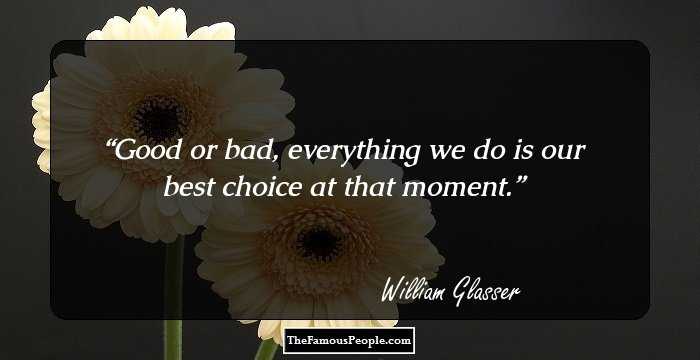 Good or bad, everything we do is our best choice at that moment.