Famous As: Playwright, Poet, Writer, Translator
Born On: January 24, 1670
Died On: January 19, 1729
Born In: Leeds
Died At Age: 58
William Congreve was a prolific English poet and playwright of the Restoration period. He is known for his satirical and clever dialogues. He also held a minor political role in the âBritish Whig Party.â He is considered to have shaped the comedy of manners with the way he blended satire in his dialogues. He is accredited with writing some of the most famous English plays. Some of his noteworthy works include, âThe Old Bachelor,â âLove For Love,â âThe Mourning Bride,â âThe Way of the World,â and âThe Double-Dealerâ amongst others. Zoom through the collection of inspiring sayings and quotes by William Congreve.Â
Listed In:
Writers
Poets 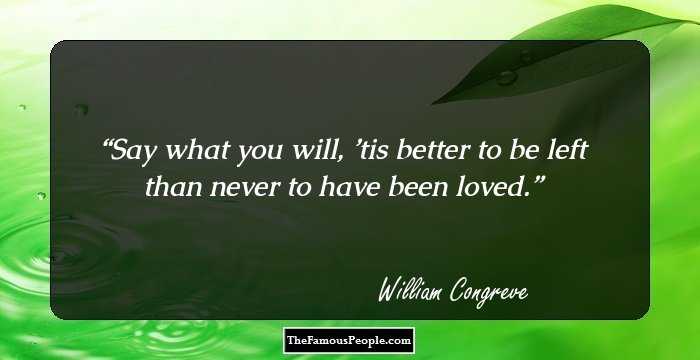 Say what you will, ’tis better to be left than never to have been loved.

You Never Will
William Congreve 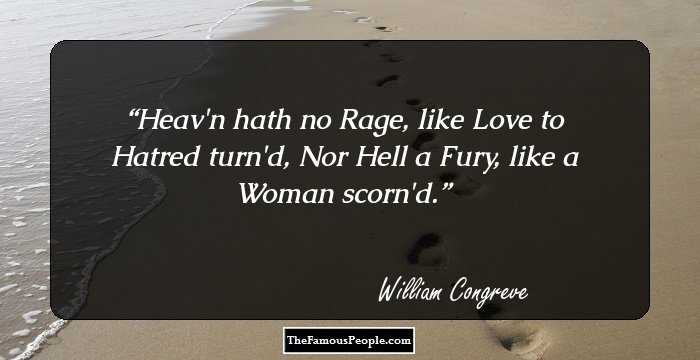 Heav'n hath no Rage, like Love to Hatred turn'd, Nor Hell a Fury, like a Woman scorn'd. 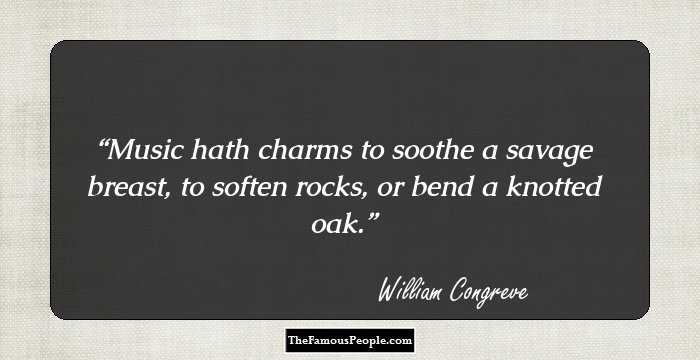 Music hath charms to soothe a savage breast, to soften rocks, or bend a knotted oak. 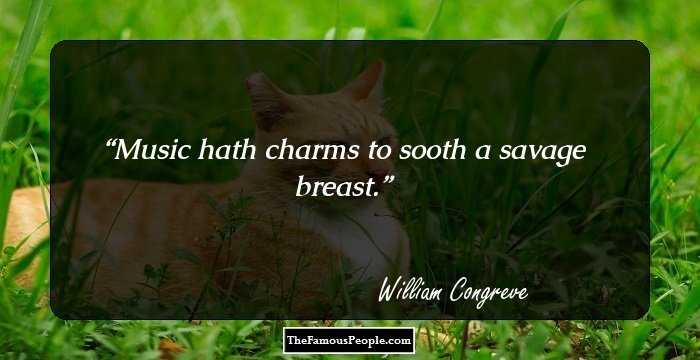 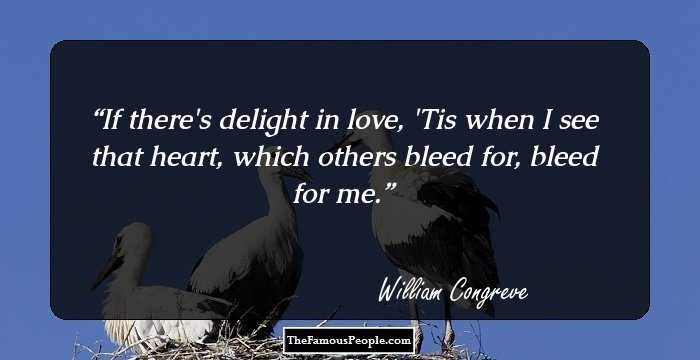 If there's delight in love, 'Tis when I see that heart, which others bleed for, bleed for me.

Me Love Heart I
William Congreve 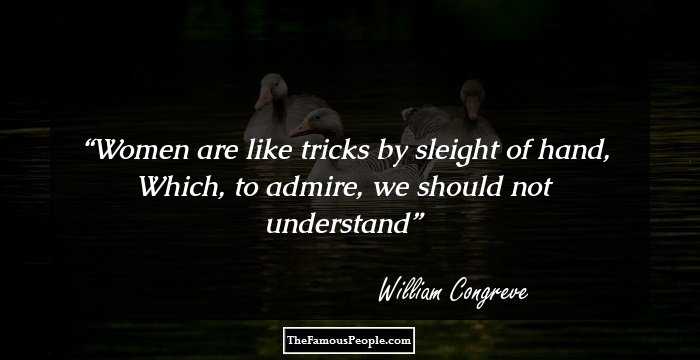 Women are like tricks by sleight of hand, Which, to admire, we should not understand 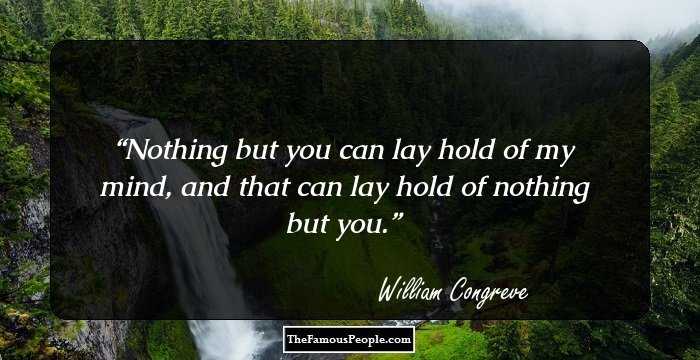 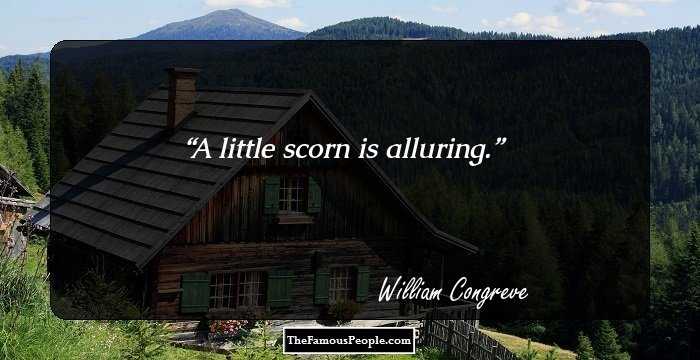 A little scorn is alluring. 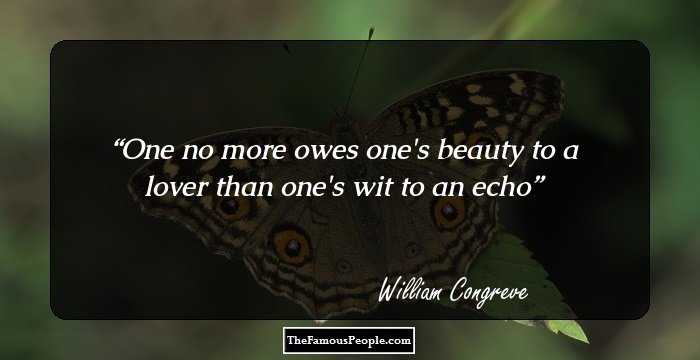 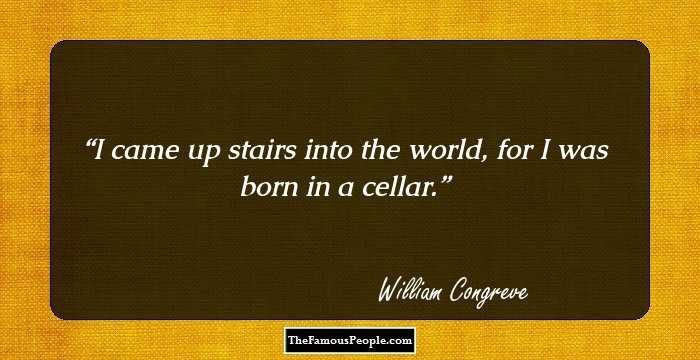 I came up stairs into the world, for I was born in a cellar. 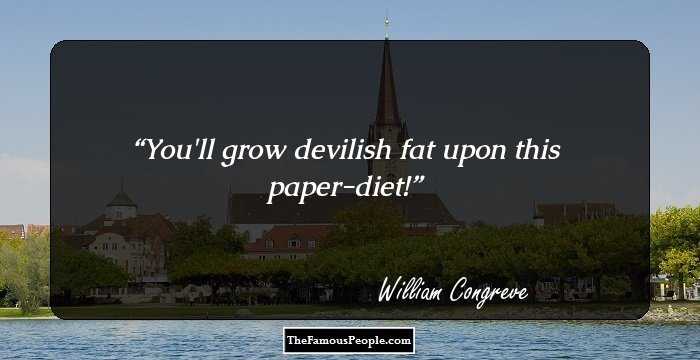 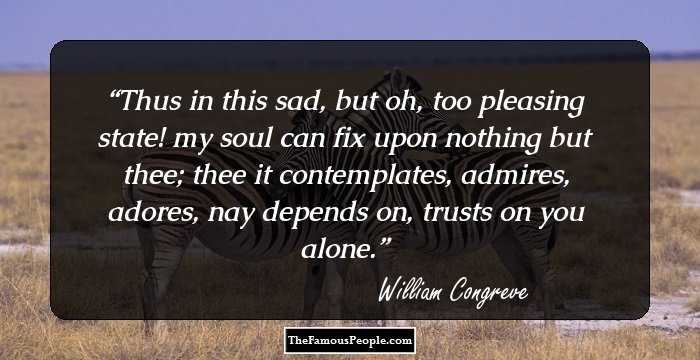 Thus in this sad, but oh, too pleasing state! my soul can fix upon nothing but thee; thee it contemplates, admires, adores, nay depends on, trusts on you alone. 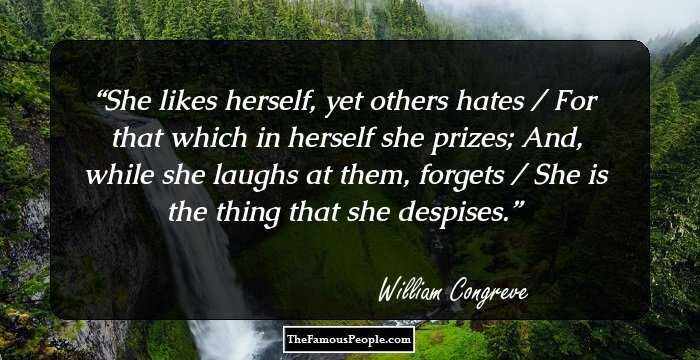 She likes herself, yet others hates / For that which in herself she prizes; And, while she laughs at them, forgets / She is the thing that she despises. 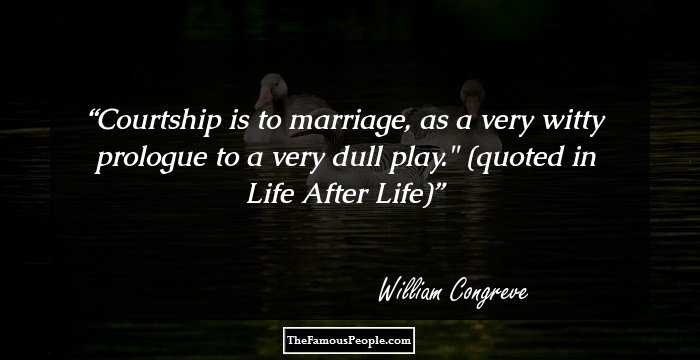 Courtship is to marriage, as a very witty prologue to a very dull play." (quoted in Life After Life) 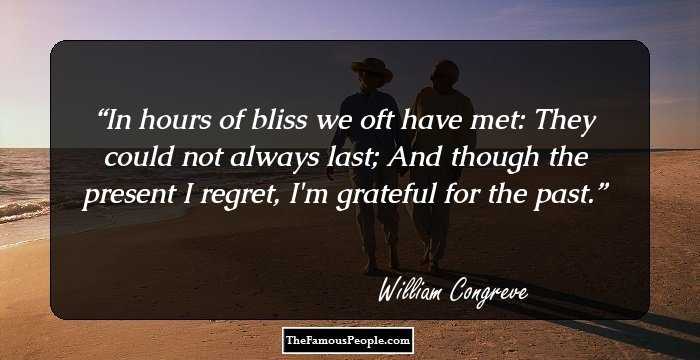 In hours of bliss we oft have met: They could not always last; And though the present I regret, I'm grateful for the past.

Past I
William Congreve