9 Famous Quotes By Wes Anderson That You Must Know

Famous As: Filmmaker Best Known for His Movies 'The Royal Tenenbaums','Moonrise Kingdom' and 'The Grand Budapest Hotel'
Born On: May 1, 1969
Born In: Houston, Texas, United States
Age: 53 Years
Wes Anderson is an award-winning American director known for making movies that have unique visual and chronicle style. He showed interest towards movie-making since childhood as he made a silent film with his fatherâs 8 mm camera. He debuted in the film industry by directing his self-written film âBottle Rocketâ but his next film âRushmoreâ is believed to have launched his directorial career. His career got a major breakthrough with âThe Royal Tenenbaumsâ which was critically appreciated. He further made a comedy-drama called âThe Life Aquatic with Steve Zissouâ where he faced some small filming challenges. He was advised by his director friend, Martin Scorsese, to make a movie in India and he made âThe Darjeeling Limitedâ which reflected his experimental nature as a director. This was followed by various other successful movies including âFantastic Mr. Foxâ before his Oscar-winning movie 'Grand Budapest Hotel'. This movie was distinctively-styled and was nominated for 9 awards, winning four out of them. Apart from this, Anderson has won many awards including âNational Society of Film Critics Award for Best Screenplayâ and âGolden Globe Awardâ. Here is our collection of his famous tickling quotes and sayings which have been excerpted from his writings, thoughts, work, dialogues, movies and life. Presenting noteworthy quotations and thoughts by Wes Anderson.
Listed In:
Film & Theater Personalities 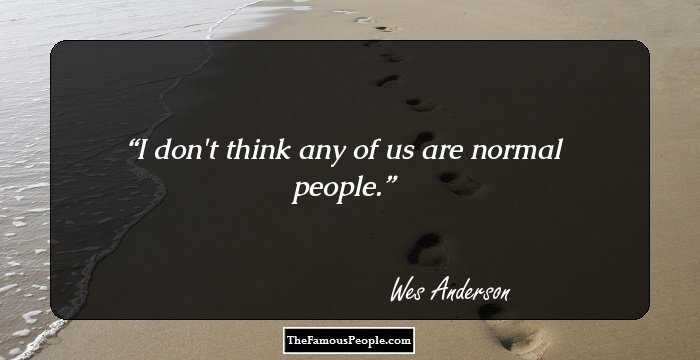 I don't think any of us are normal people. 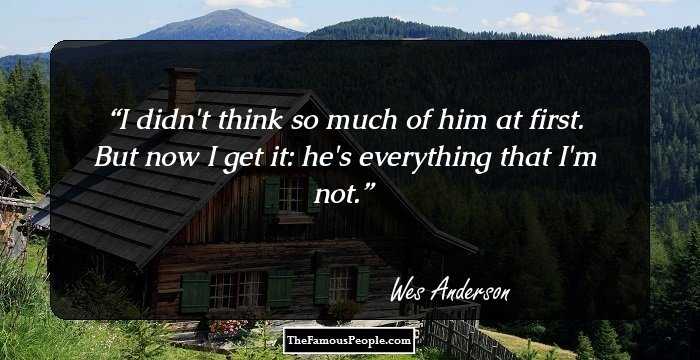 I didn't think so much of him at first. But now I get it: he's everything that I'm not. 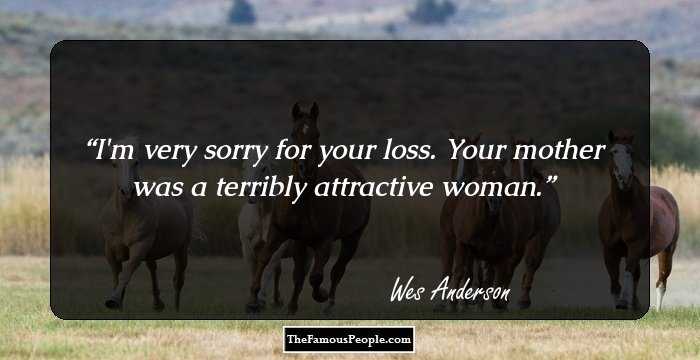 I'm very sorry for your loss. Your mother was a terribly attractive woman. 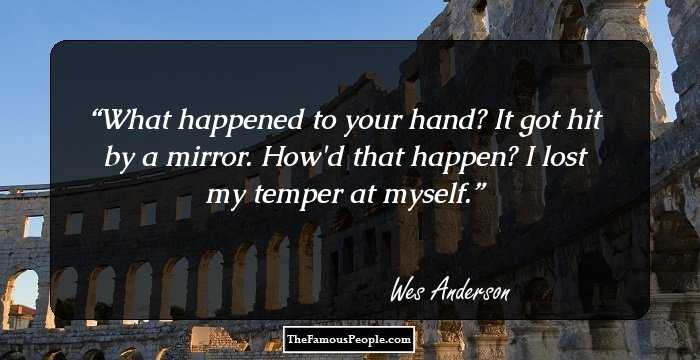 What happened to your hand? It got hit by a mirror. How'd that happen? I lost my temper at myself. 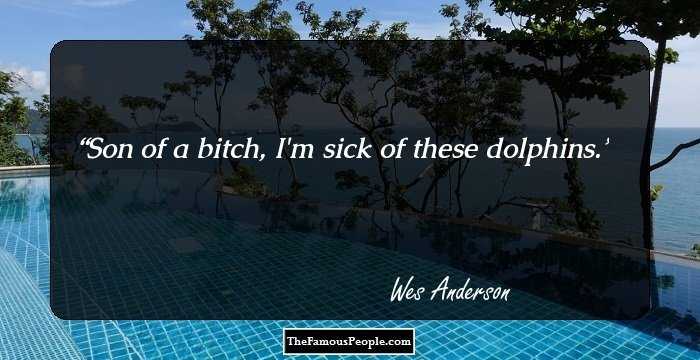 Son of a bitch, I'm sick of these dolphins. 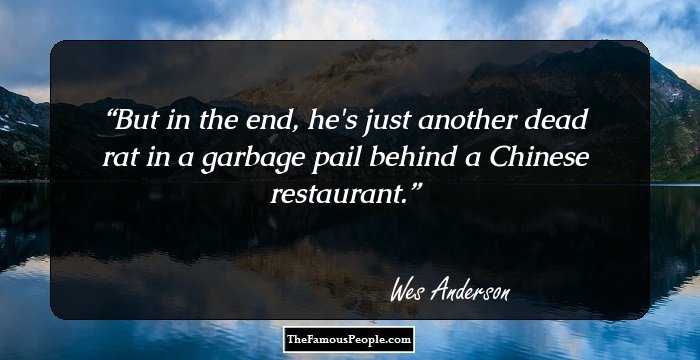 But in the end, he's just another dead rat in a garbage pail behind a Chinese restaurant. 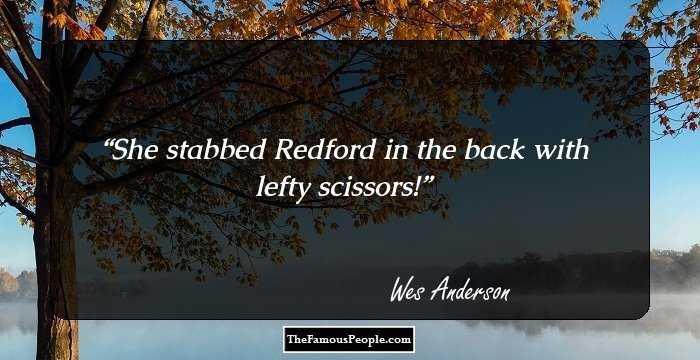 She stabbed Redford in the back with lefty scissors! 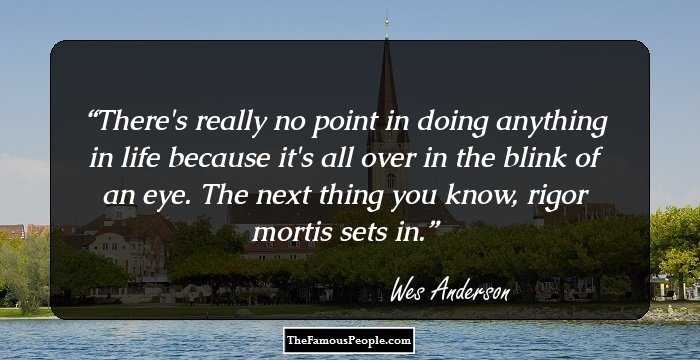 There's really no point in doing anything in life because it's all over in the blink of an eye. The next thing you know, rigor mortis sets in. 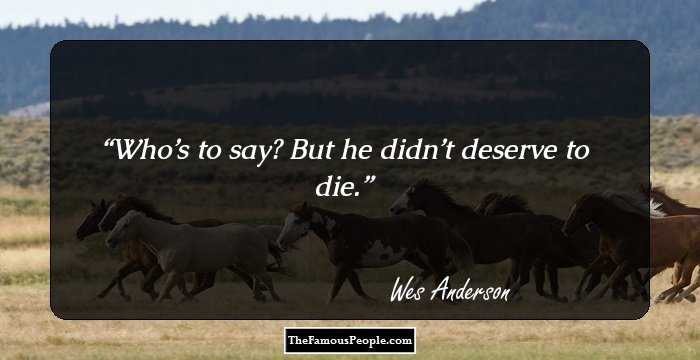 Who’s to say? But he didn’t deserve to die. 11 Mind-Blowing Quentin Tarantino Quotes From His Movies And Life