Famous As: German Theoretical Physicist and One of the Main Pioneers of the Theory of Quantum Mechanics
Born On: December 5, 1901
Died On: February 1, 1976
Born In: WÃ¼rzburg, Germany
Died At Age: 74
Werner Heisenberg was a German physicist, philosopher and winner of the coveted Noble Prize. He was a very intelligent student since childhood and went on to do his doctorate from the University of Munich. During this period he was highly influenced by the great physicist, Niels Bohr, and collaborated with him on research. He further served as a professor at the âUniversity of Leipzigâ and travelled to various countries to deliver lectures. He came up with the uncertainty principle which became one of the significant principles in physics. This was followed by his most notable work of discovering the neutron and thus drawing the neutron-proton atom model. He described this principle in three research papers which were acknowledged to be historic for the subject of Quantum Physics. He contributed significantly on how to develop a nuclear bomb during the Second World War. He even served as the President of the âAlexander von Humboldt Foundationâ and the chairman for the âMax Planck Institute for Physicsâ. Apart from the Noble Prize, he was also honored with the âMax Planck Medal of the German Physical Societyâ. We have excerpted few most notable quotations and sayings by the renowned physicist that will surely help you in knowing the subject better. Read on a compilation of quotes and thoughts by Werner Heisenberg.
Listed In:
Scientists 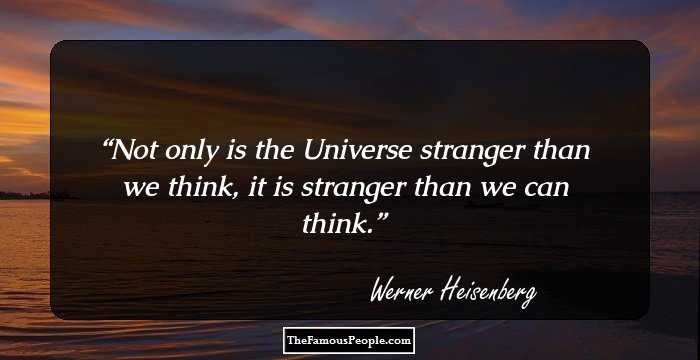 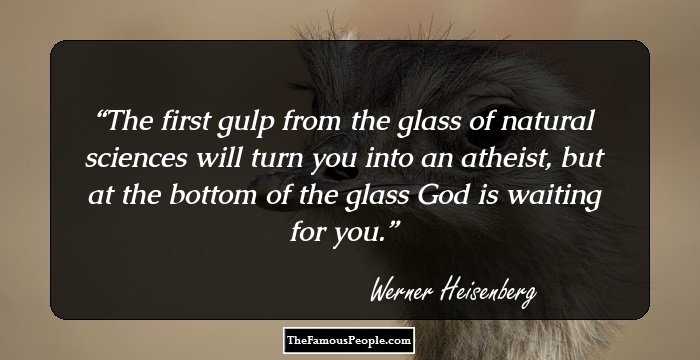 The first gulp from the glass of natural sciences will turn you into an atheist, but at the bottom of the glass God is waiting for you.

You God Will
Werner Heisenberg 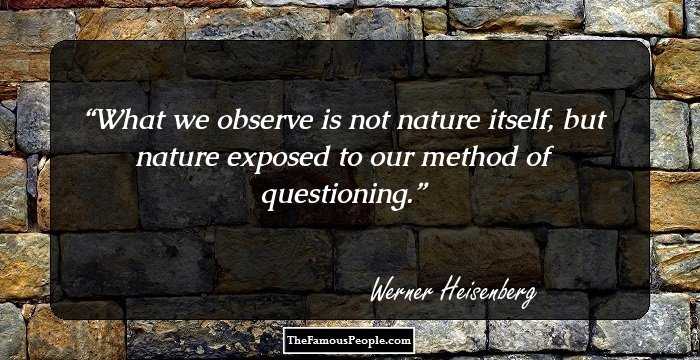 What we observe is not nature itself, but nature exposed to our method of questioning. 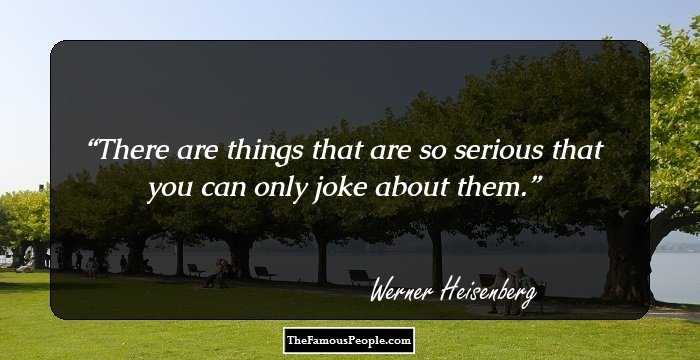 There are things that are so serious that you can only joke about them. 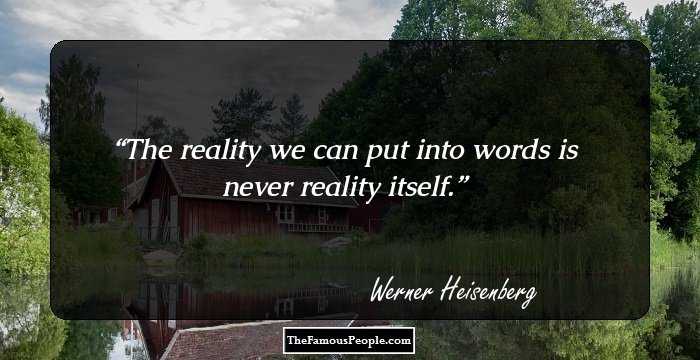 The reality we can put into words is never reality itself. 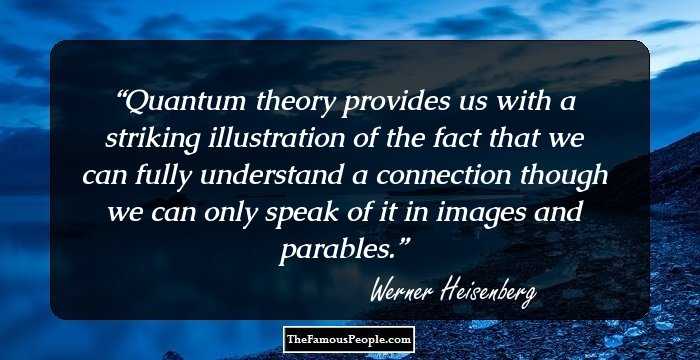 Quantum theory provides us with a striking illustration of the fact that we can fully understand a connection though we can only speak of it in images and parables. 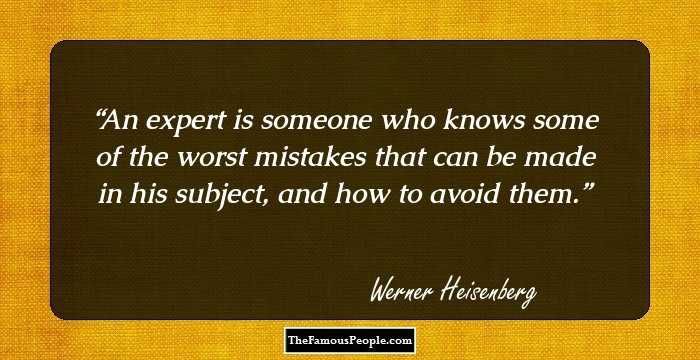 An expert is someone who knows some of the worst mistakes that can be made in his subject, and how to avoid them. 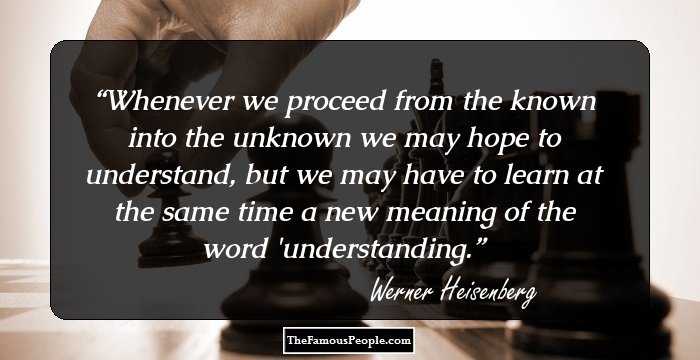 Whenever we proceed from the known into the unknown we may hope to understand, but we may have to learn at the same time a new meaning of the word 'understanding. 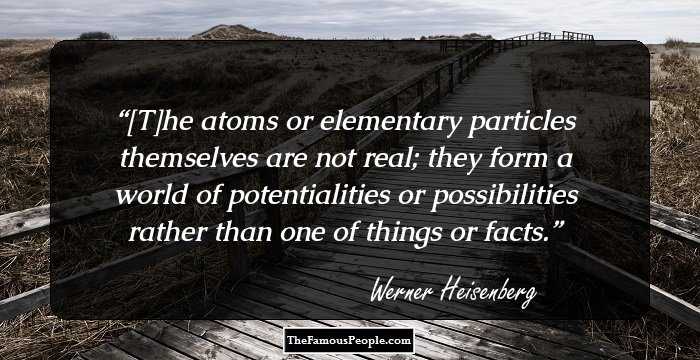 [T]he atoms or elementary particles themselves are not real; they form a world of potentialities or possibilities rather than one of things or facts. 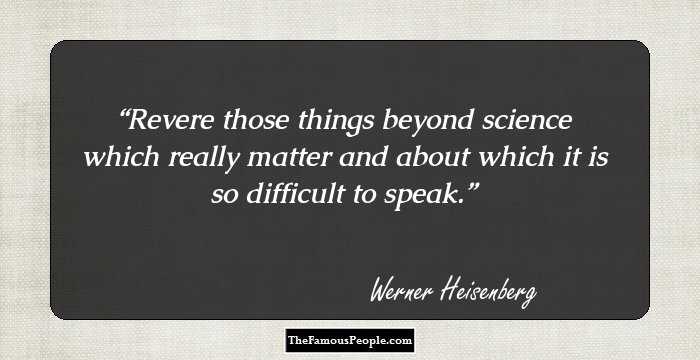 Revere those things beyond science which really matter and about which it is so difficult to speak. 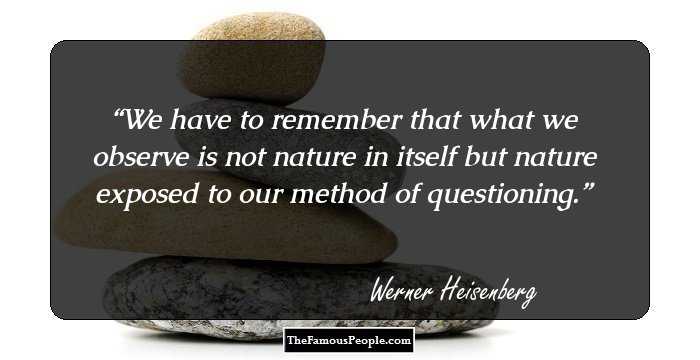 We have to remember that what we observe is not nature in itself but nature exposed to our method of questioning. 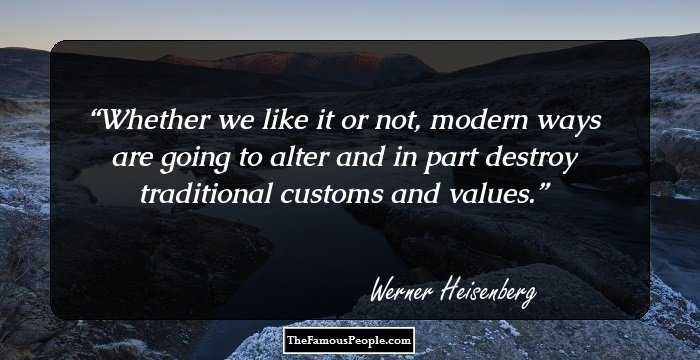 Whether we like it or not, modern ways are going to alter and in part destroy traditional customs and values. 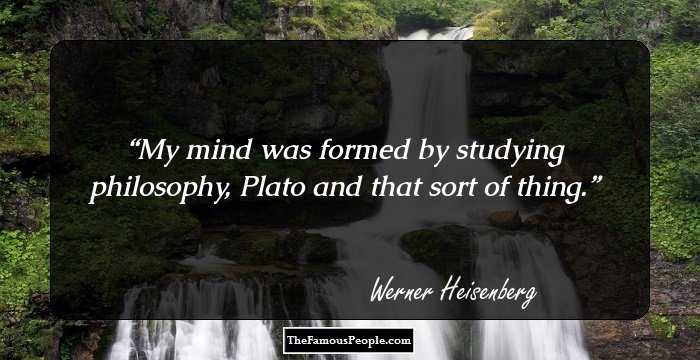 My mind was formed by studying philosophy, Plato and that sort of thing. 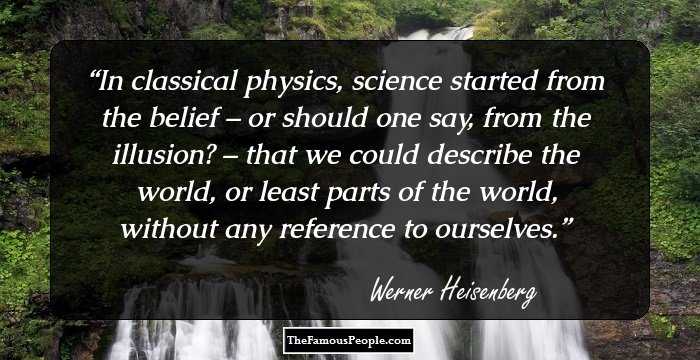 In classical physics, science started from the belief – or should one say, from the illusion? – that we could describe the world, or least parts of the world, without any reference to ourselves. 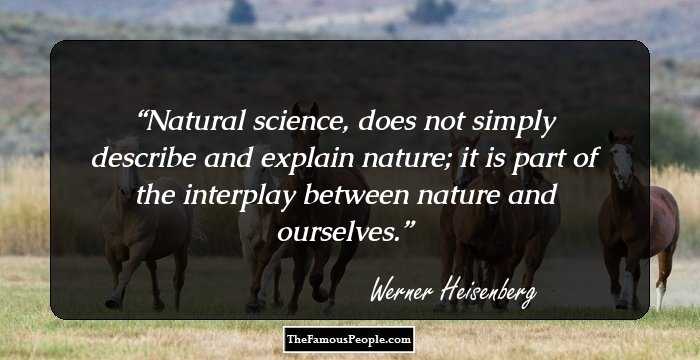 Natural science, does not simply describe and explain nature; it is part of the interplay between nature and ourselves.