Famous As: Country Singer Known for First no.1 Single 'Dreaming My Dreams'
Born On: June 15, 1937
Died On: February 13, 2002
Born In: Littlefield, Texas, United States
Died At Age: 64
Waylon Jennings was a prolific American singer, songwriter, musician and actor famous for popularizing outlaw country music. He started playing music in a band at an early age of 12 while working as a radio jockey. He dropped out of school to work with various bands and also formed a band called âWaylorsâ. He soon signed a contract with the renowned âA&M Recordsâ but his unconventional music style shortened his stay there. He moved to Nashville to come up with his first country hit âStop the World (And Let Me Off)â which marked the beginning of his successful career. He recorded various hit singles before collaborating with the Kimberleyâs to get his first âGrammy Awardâ for âMacArthur Parkâ. This encouraged him to experiment with the country music and he came up with the album âHonky Tonk Heroesâ which was his first outlaw album. His art of being unconventional helped a couple of his albums including âThis Timeâ to top the country charts. He continued to be prominent in the music world and was honored with various awards including âMale Vocalist of the Yearâ. Go through these fascinating quotes and sayings by the rebellious musician that just tell the character that he was. Read on the compilation of quotations and thoughts by Waylon Jennings which are sure to strike the right chord.
Listed In:
Musicians
Singers
Country Singers 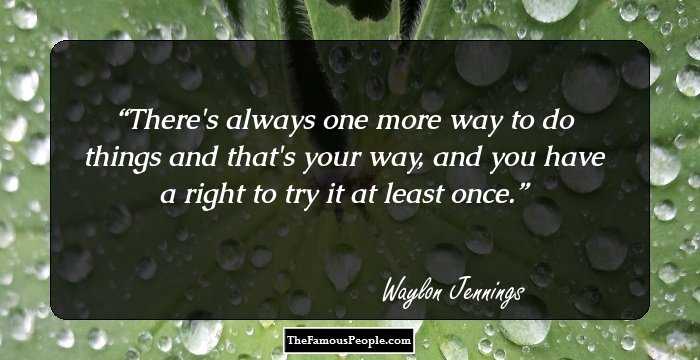 There's always one more way to do things and that's your way, and you have a right to try it at least once. 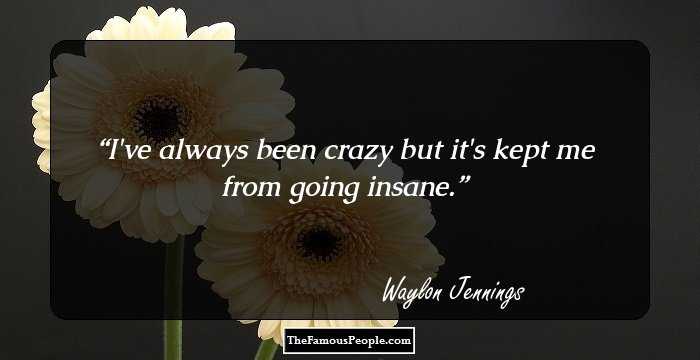 I've always been crazy but it's kept me from going insane. 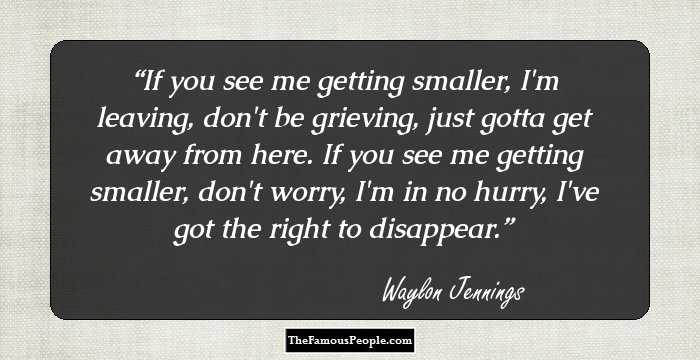 You Me
Waylon Jennings 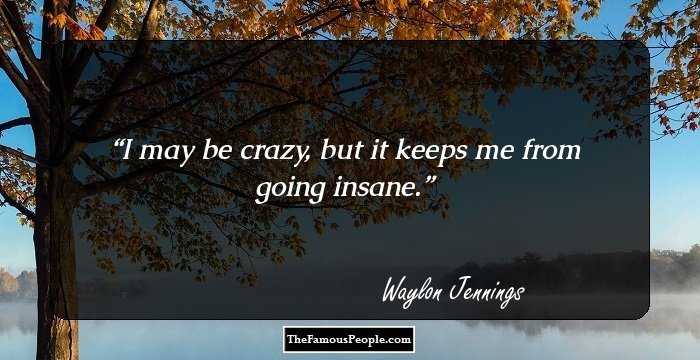 I may be crazy, but it keeps me from going insane.

Me I
Waylon Jennings 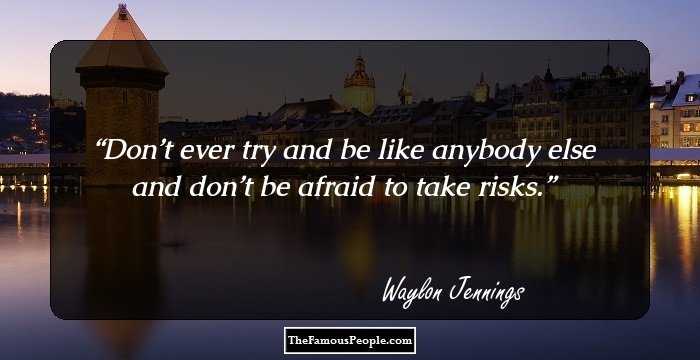 Don’t ever try and be like anybody else and don’t be afraid to take risks. 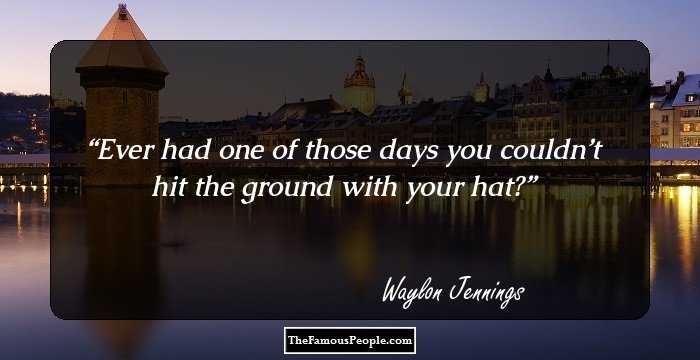 Ever had one of those days you couldn’t hit the ground with your hat? 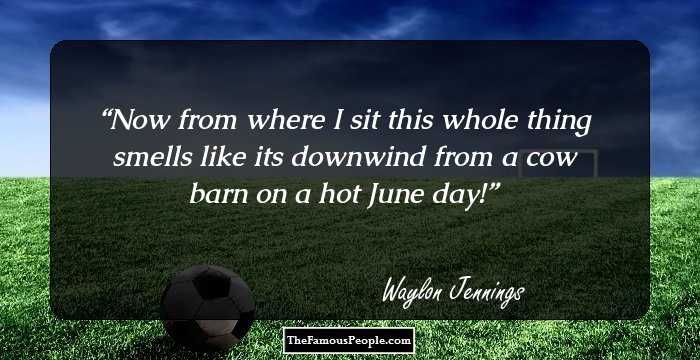 Now from where I sit this whole thing smells like its downwind from a cow barn on a hot June day! 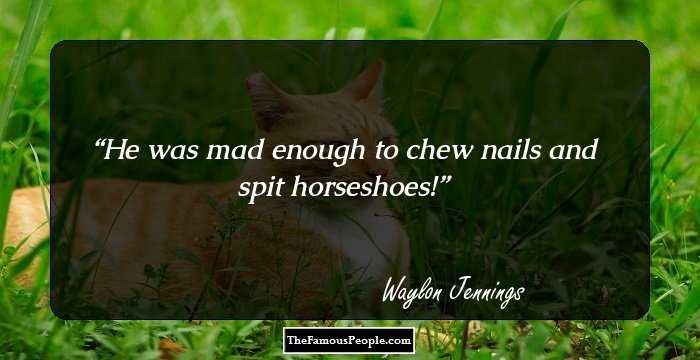 He was mad enough to chew nails and spit horseshoes! 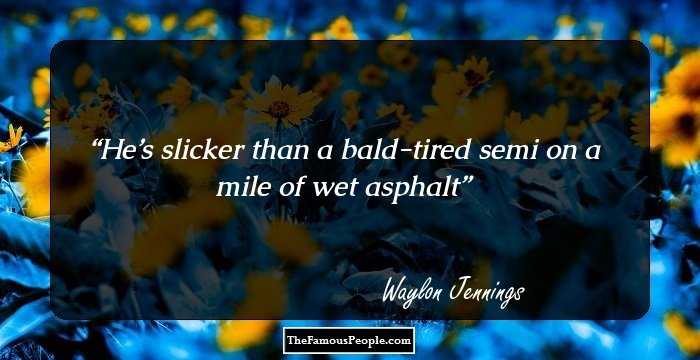