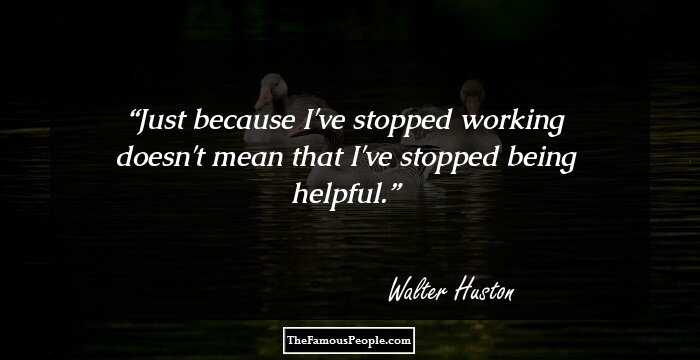 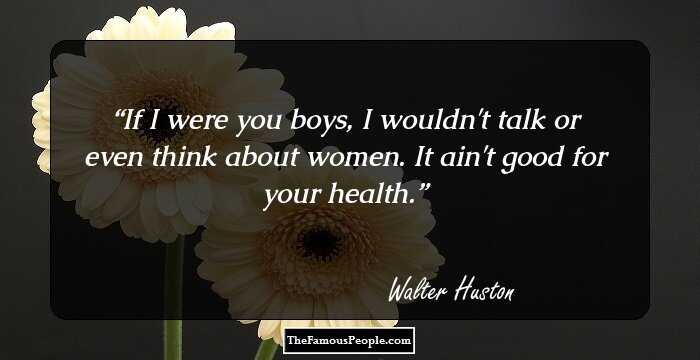 If I were you boys, I wouldn't talk or even think about women. It ain't good for your health. 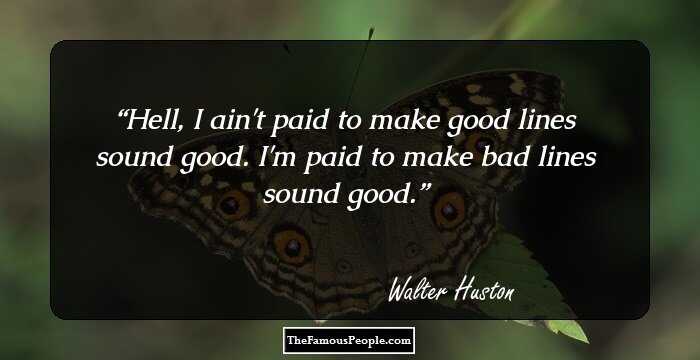 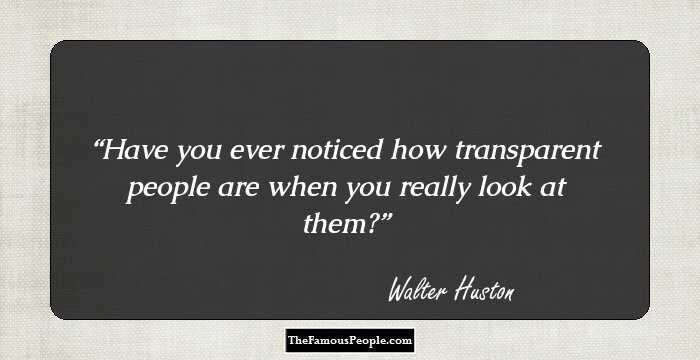 Have you ever noticed how transparent people are when you really look at them?

I was certainly a better actor after my five years in Hollywood. I had learned to be natural - never to exaggerate. I found I could act on the stage in just the same way as I had acted in a studio: using my ordinary voice, eliminating gestures, keeping everything extremely simple.

I've got to make a new life for myself, I'm out to learn how to enjoy my leisure now that I'm retired. I've been doing things people expected of me always. I want to feel free. I want to sit under a linden tree with nothing more important to worry about than the temperature of the beer, if there is anything more important.