Regarded as the second âGreat Unifier,â Toyotomi Hideyoshi was an eminent Japanese damiyo and samurai of the late Sengoku period. He rose from humble beginnings to one of the most prominent men in Japan. In 1582, he succeeded Nobunaga after his assassination at the Honno-ji temple. He became the de facto leader of Japan and continued the campaign of Nobunaga to unite Japan. By the mid-1550s, he acquired the prestigious positions of âImperial Regent,â and âChancellor of the Realm.â We have rounded some popular sayings by Toyotomi Hideyoshi which have been taken from his teachings and preaching. Following is a collection of quotes by Toyotomi Hideyoshi on commitment, books, winning, life, triumph, time, victory, success, leadership, optimism, art, love, family, vision, youth, people, lessons, giving and more. 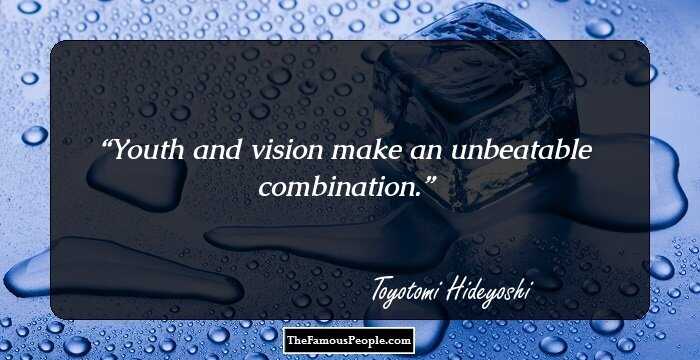 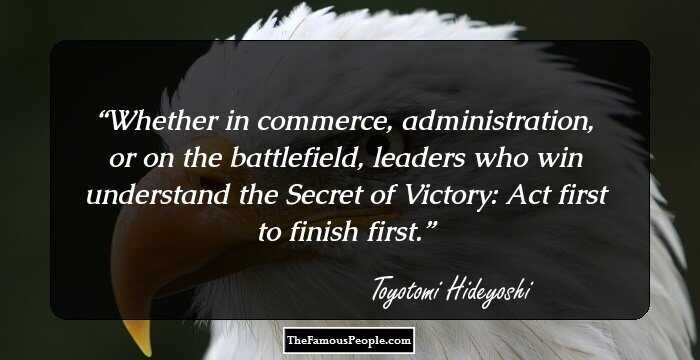 Whether in commerce, administration, or on the battlefield, leaders who win understand the Secret of Victory: Act first to finish first. 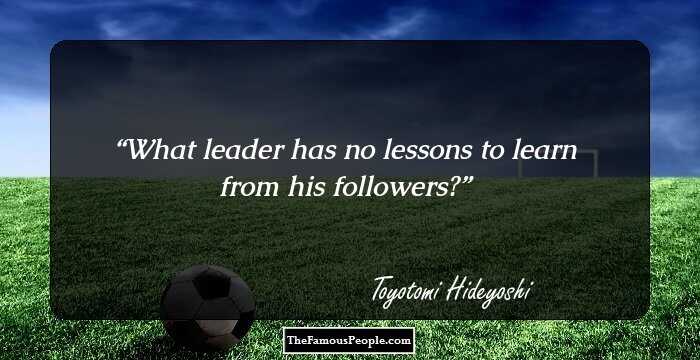 What leader has no lessons to learn from his followers? 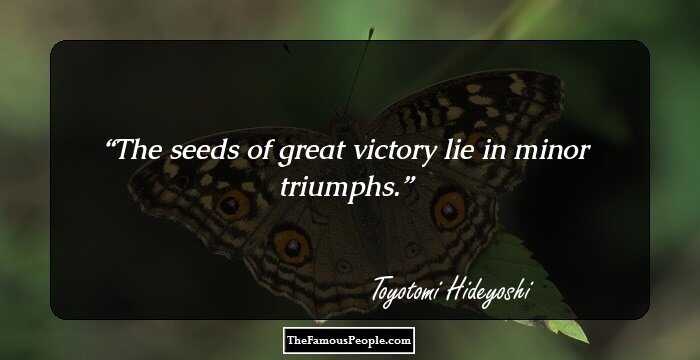 The seeds of great victory lie in minor triumphs. 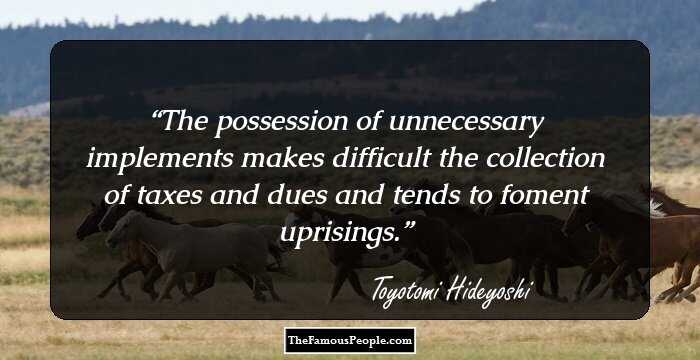 The possession of unnecessary implements makes difficult the collection of taxes and dues and tends to foment uprisings. 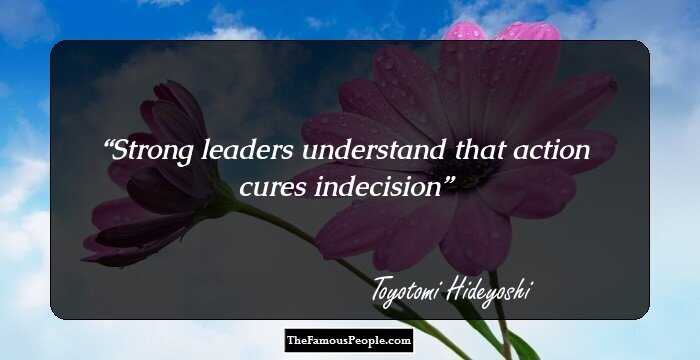 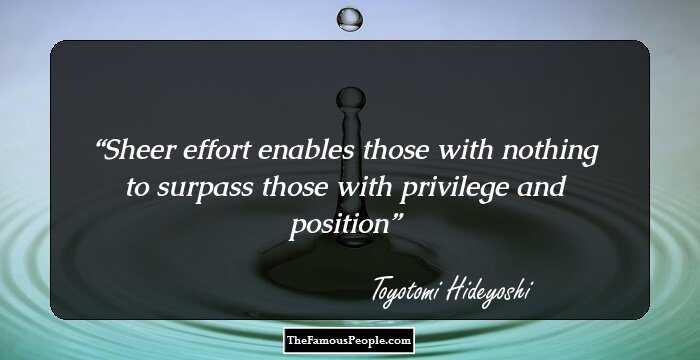 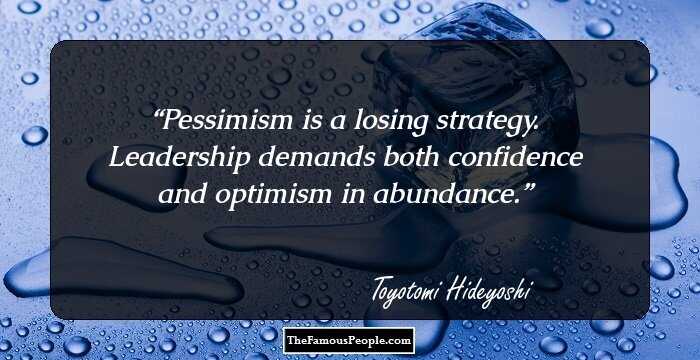 Pessimism is a losing strategy. Leadership demands both confidence and optimism in abundance. 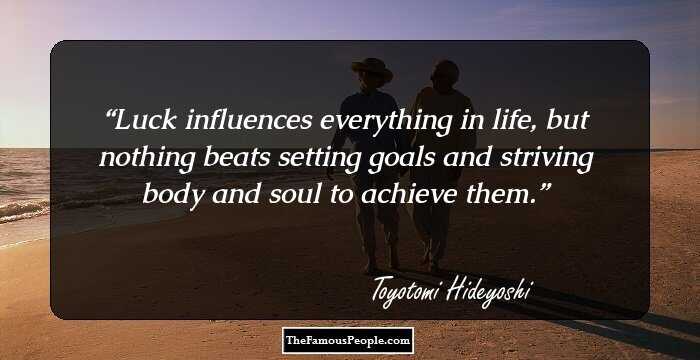 Luck influences everything in life, but nothing beats setting goals and striving body and soul to achieve them. 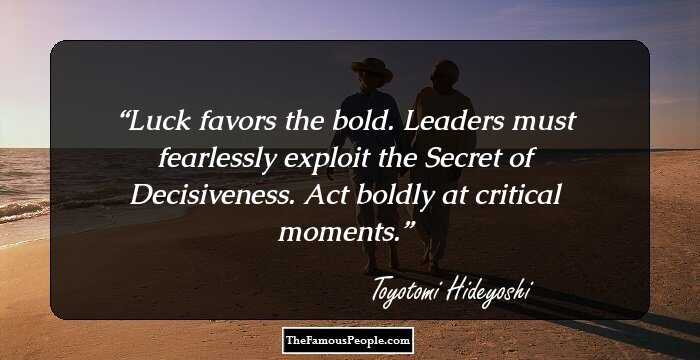 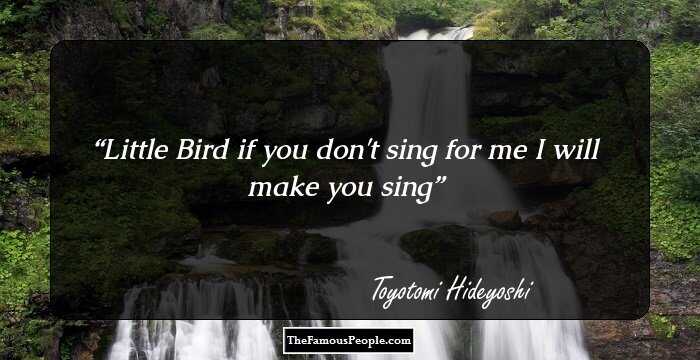 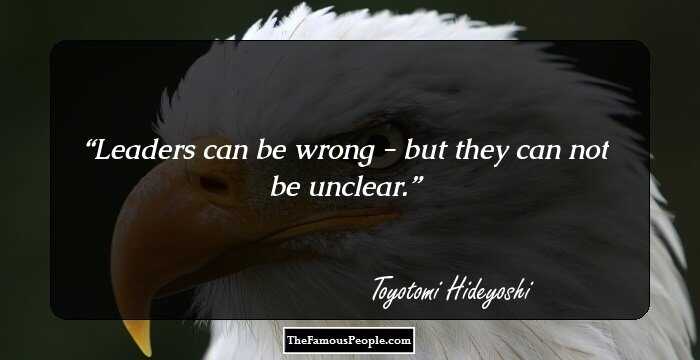 Leaders can be wrong - but they can not be unclear. 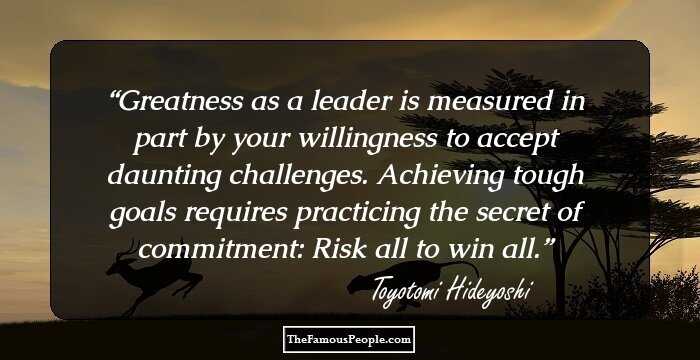 Greatness as a leader is measured in part by your willingness to accept daunting challenges. Achieving tough goals requires practicing the secret of commitment: Risk all to win all. 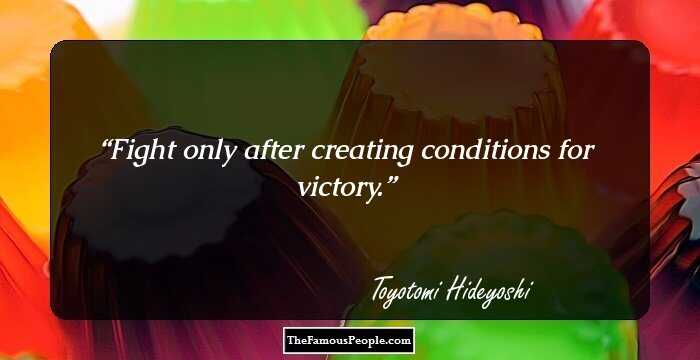 Fight only after creating conditions for victory. 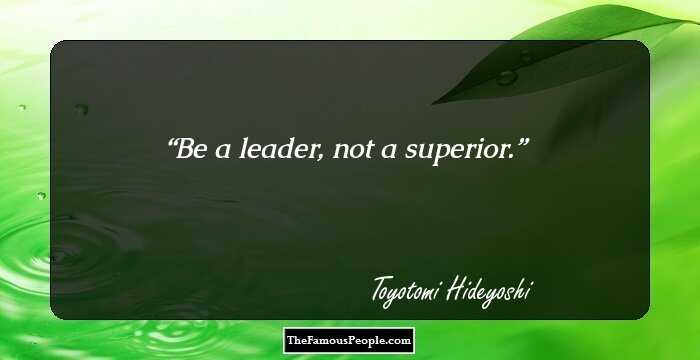 Be a leader, not a superior.

...The final secret is that there is no secret. Devote yourself to your leader. Work hard. Be grateful. Act boldly. Some may deride such suggestions as commonplace, and they'd be right: They are common. But to see them successfully enacted in this world is rare indeed.

Compensation is counterintuitive: The more treasure you give away to those who serve well, the more treasure will return to you. But few people perceive this simple truth. Most try to keep as much as they can for themselves and give little away. That's why their purses refuse to fatten.

The people of the various provinces are strictly forbidden to have in their possession any swords, bows, spears, firearms or other types of arms. The possession of these elements makes difficult the collection of taxes and dues, and tends to permit uprising. 31 Motivational Quotes By Henry A. Wallace On Race, Fear, Equality And More