Famous As: Comedian
Born On: March 19, 1921
Died On: April 15, 1984
Born In: Caerphilly
Died At Age: 63
Tommy Cooper was a legendary British prop comedian remembered for his funny big face and perfect comic timing. He was initially interested in magic and comedy; his interest in comedy is believed to be inspired by some great comedians like Max Hiller and Bob Hope. After completing his schooling he went on to serve the navy during the Second World War, during which he performed his first magic show which failed miserably. He realized his humor skills during this term, and after being demobilized he turned towards the show business. He joined a band as a comedian in the show âMarqueeze and the Dance of the Seven Veilsâ where his performance was appreciated. He further toured Europe for the next couple of years performing to debut on the television with the show titled âNew to Youâ. This was followed by the most successful decade of his career where he established great reputation as a stand-up comedian. He eventually became the most popular comedian, as he had the skill of making the people laugh even before starting his performance. Go through these quotes and thoughts by the legendary comedian that will definitely tickle your funny bones. Read on the popular and funny quotations and sayings by Tommy Cooper that will brighten up your day.
Listed In:
Film & Theater Personalities
Comedians 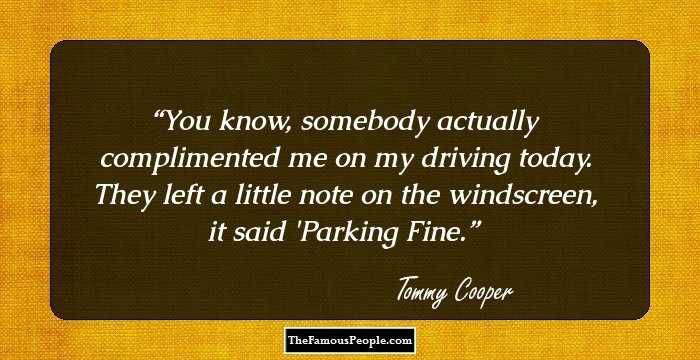 You know, somebody actually complimented me on my driving today. They left a little note on the windscreen, it said 'Parking Fine.

You Me
Tommy Cooper 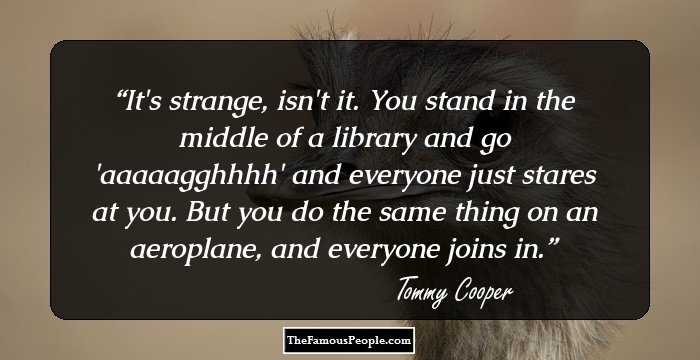 It's strange, isn't it. You stand in the middle of a library and go 'aaaaagghhhh' and everyone just stares at you. But you do the same thing on an aeroplane, and everyone joins in. 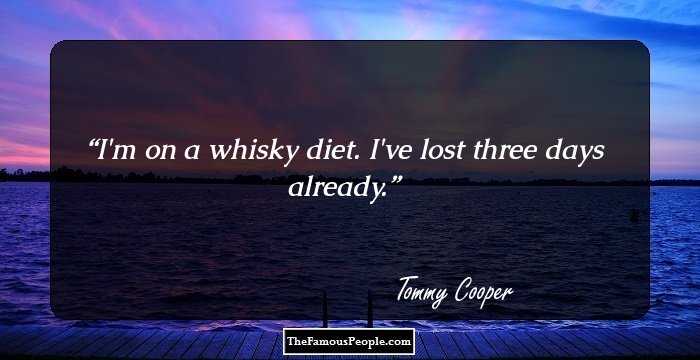 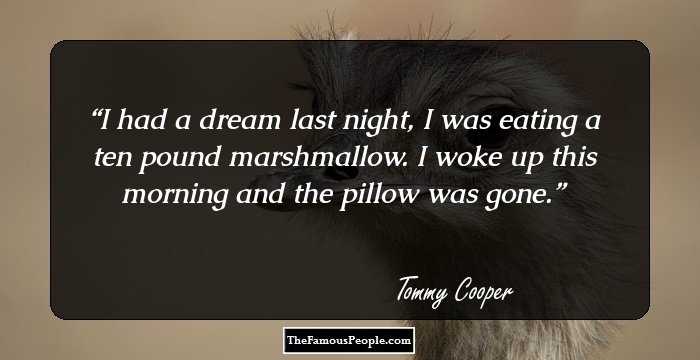 I had a dream last night, I was eating a ten pound marshmallow. I woke up this morning and the pillow was gone. 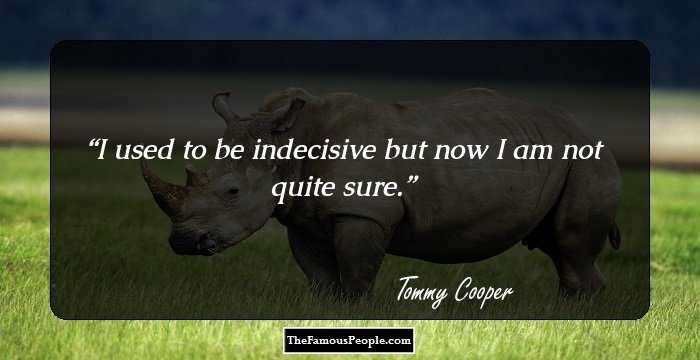 I used to be indecisive but now I am not quite sure. 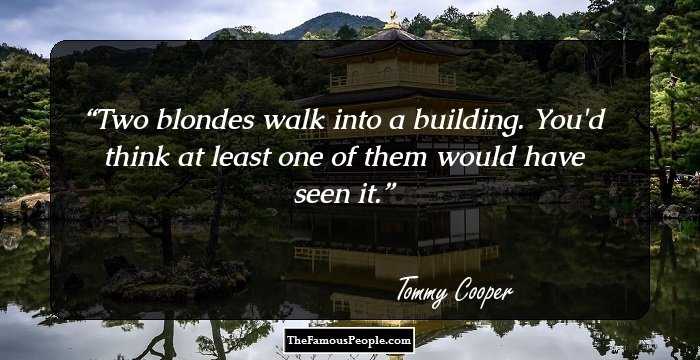 Two blondes walk into a building. You'd think at least one of them would have seen it. 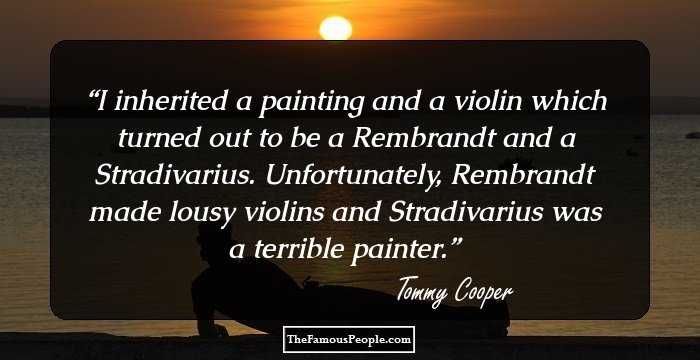 I inherited a painting and a violin which turned out to be a Rembrandt and a Stradivarius. Unfortunately, Rembrandt made lousy violins and Stradivarius was a terrible painter. 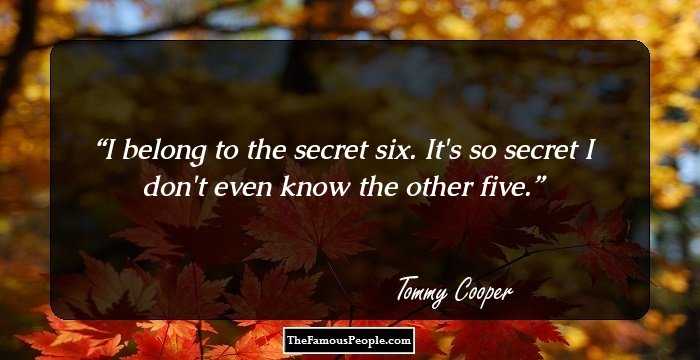 I belong to the secret six. It's so secret I don't even know the other five. 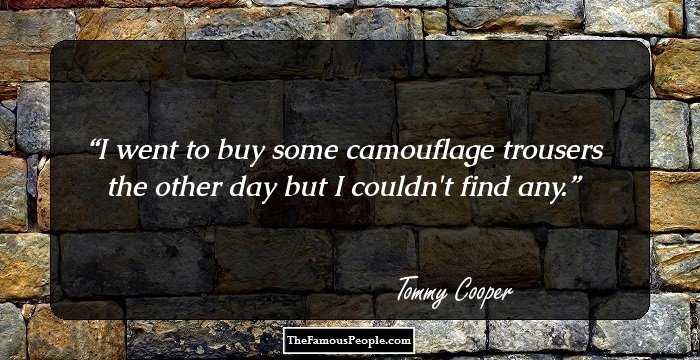 I went to buy some camouflage trousers the other day but I couldn't find any. 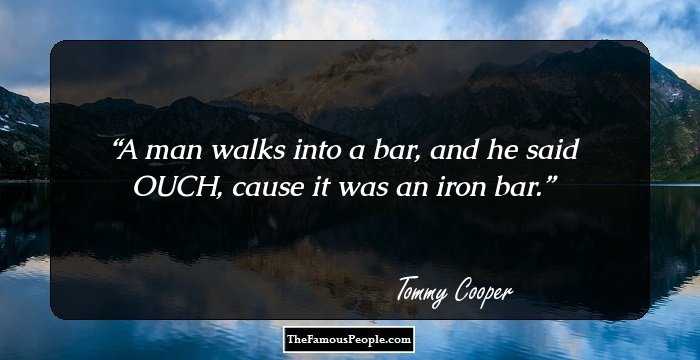 A man walks into a bar, and he said OUCH, cause it was an iron bar.