Famous As: Daughter of Donald Trump
Born On: October 13, 1993
Born In: West Palm Beach, Florida, United States
Age: 29 Years
Tiffany Trump is a renowned American socialite and daughter of Donald Trump, the 45th President of the United States, with his second wife. She released a single, âLike a Bird,â in 2011. She walked the ramp at the âNew York Fashion Weekâ for Andrew Warren. She was seen at the 2016 presidential election campaigning with other Trump members. Here is a list of famous sayings by Tiffany Trump which have been excerpted from her interviews and thoughts.Â
Listed In:
Quotes by Famous People 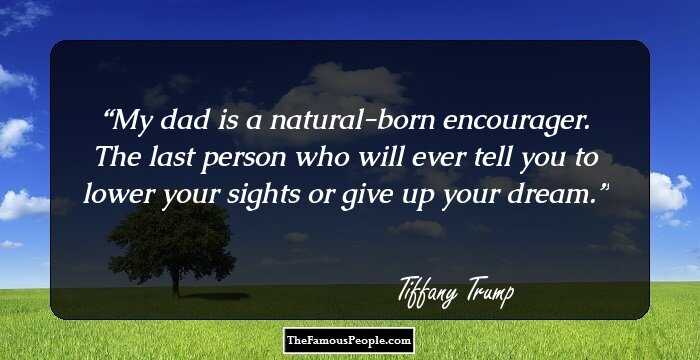 My dad is a natural-born encourager. The last person who will ever tell you to lower your sights or give up your dream. 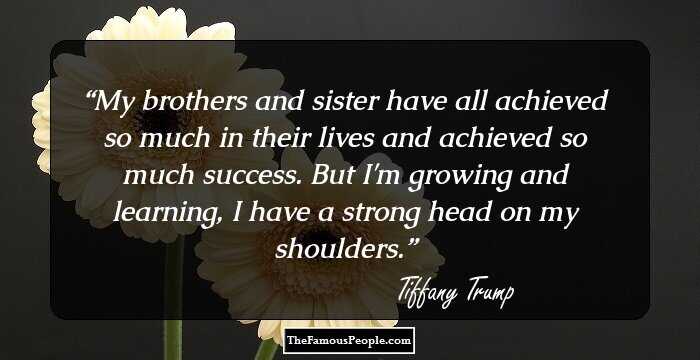 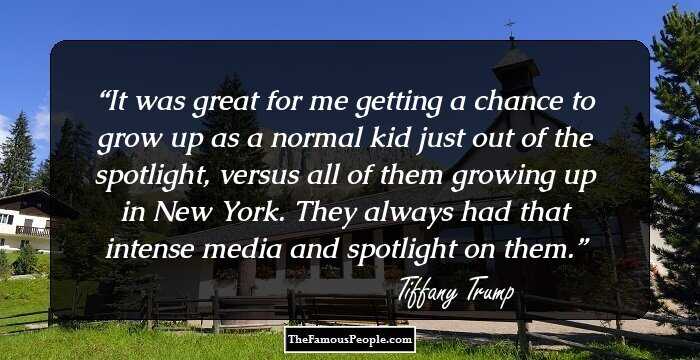 It was great for me getting a chance to grow up as a normal kid just out of the spotlight, versus all of them growing up in New York. They always had that intense media and spotlight on them. 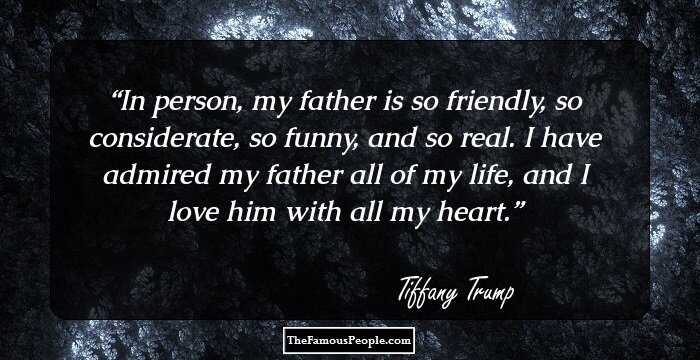 In person, my father is so friendly, so considerate, so funny, and so real. I have admired my father all of my life, and I love him with all my heart. 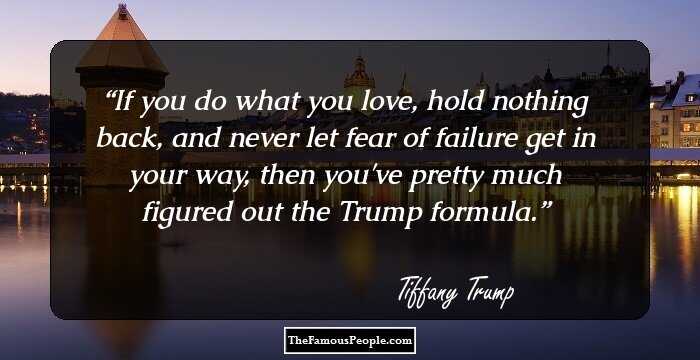 If you do what you love, hold nothing back, and never let fear of failure get in your way, then you've pretty much figured out the Trump formula. 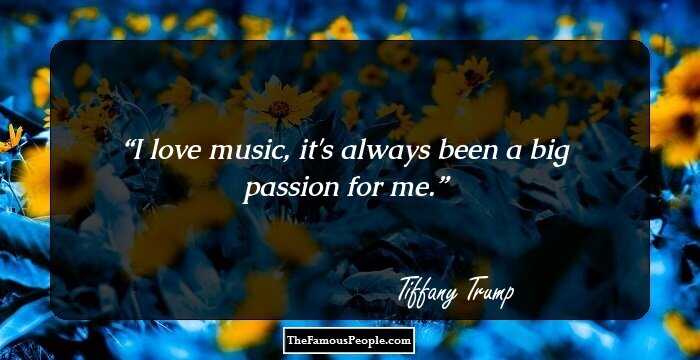 I love music, it's always been a big passion for me.

My mom and I have always been very close since she did raise me as like a single mom. My friends and everyone I know are like, 'Wow, you guys really have a really good relationship.' She's with me a lot of the time, so people find that kind of shocking.