18 Notable Quotes By Thomas Hood With A Grain Of Humor

Famous As: Writer, Poet
Born On: May 23, 1799
Died On: May 3, 1845
Born In: London
Died At Age: 45
Thomas Hood was an acclaimed English poet, humorist and author. He, like many of his contemporaries, was born in a humble family and had to face hardships as a child. He started earning his own bread at a tender age of 14 which led to various health problems and he had to move to Scotland where he studied engraving. His interest in writing helped him publish a few poems. He further served as the sub-editor of the London Magazine and was surrounded by some of the future popular writers. This newly found literary circle helped him sharpen his talent as a writer. He went on to publish his first volume titled âOdes and Addressesâ. He soon gained reputation as a humorist which although brought him fame but restricted a few of his books from becoming successful. All through his career, he wrote various books to enhance his reputation. Here is a collection of quotations and sayings by the acclaimed writer which have been scanned from the vast sea of his work. Let us browse through some of the most fascinating quotes and thoughts by Thomas Hood that will not only inspire you but will also give you your share of laughter.
Listed In:
Writers
Poets 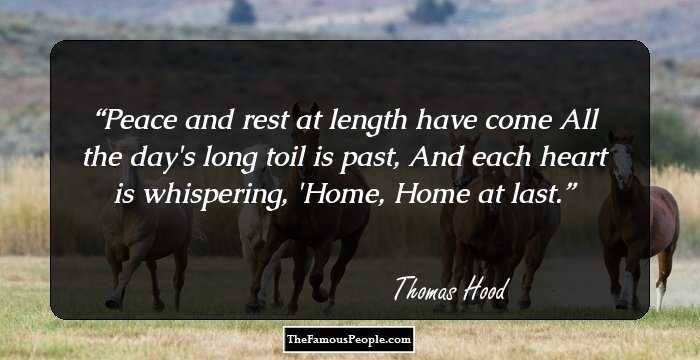 Peace and rest at length have come All the day's long toil is past, And each heart is whispering, 'Home, Home at last. 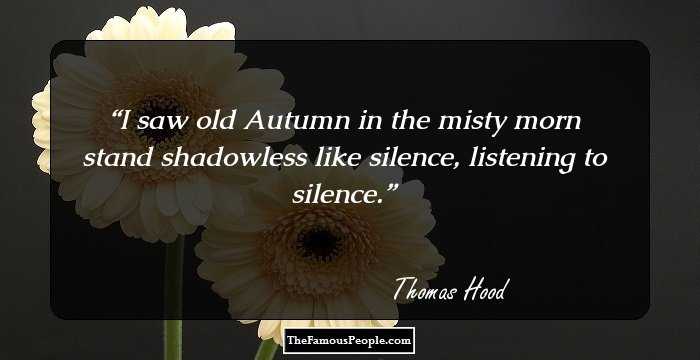 I saw old Autumn in the misty morn stand shadowless like silence, listening to silence. 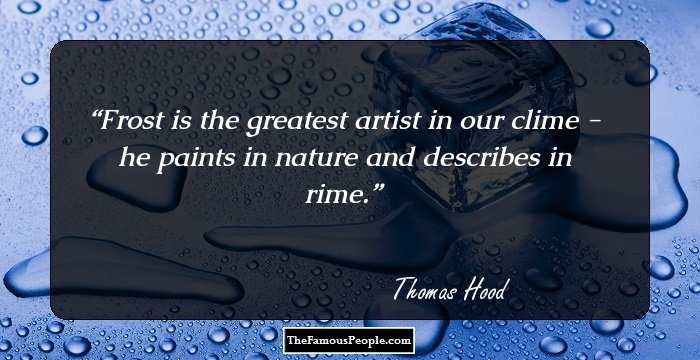 Frost is the greatest artist in our clime - he paints in nature and describes in rime. 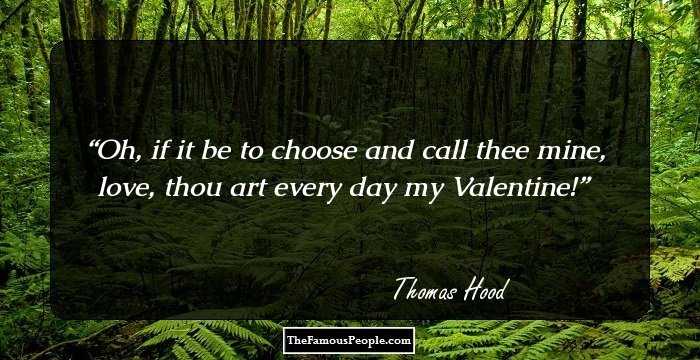 Oh, if it be to choose and call thee mine, love, thou art every day my Valentine! 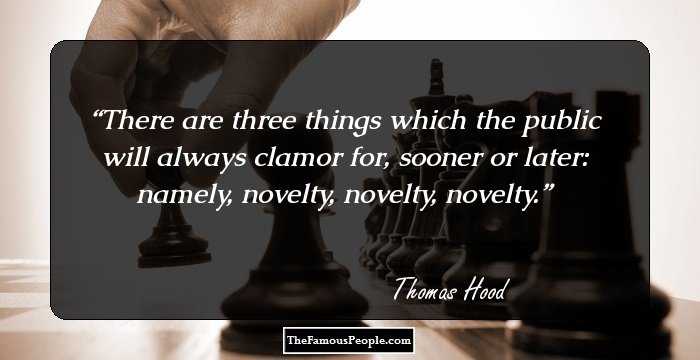 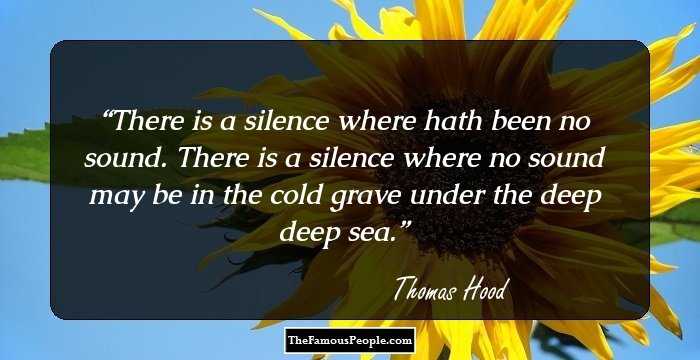 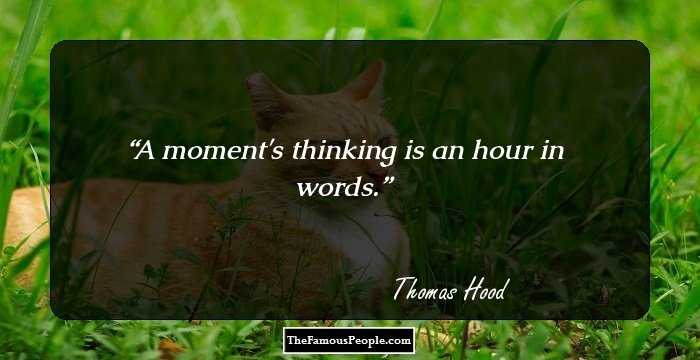 A moment's thinking is an hour in words. 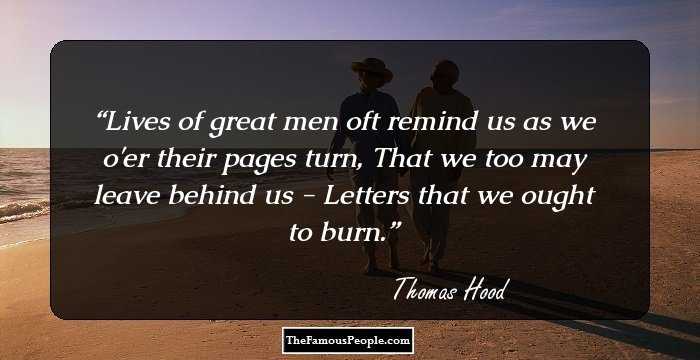 Lives of great men oft remind us as we o'er their pages turn, That we too may leave behind us - Letters that we ought to burn. 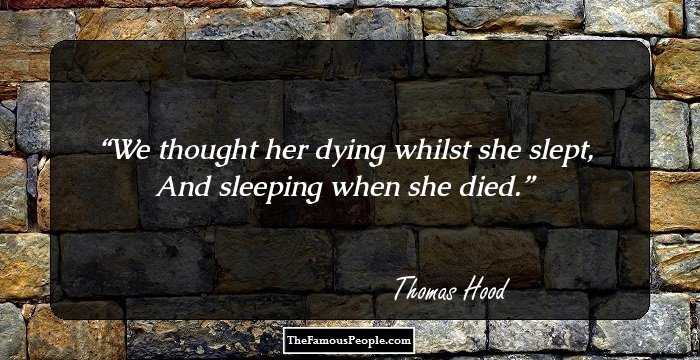 We thought her dying whilst she slept, And sleeping when she died. 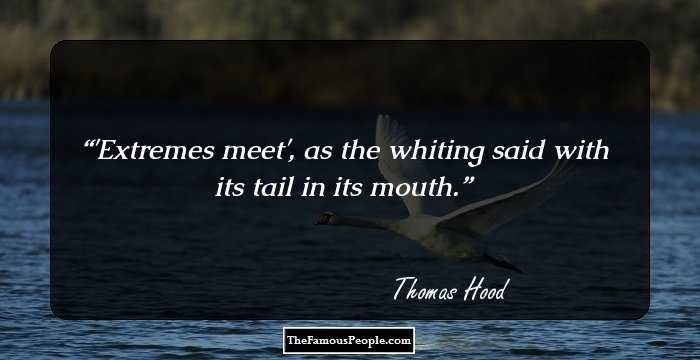 'Extremes meet', as the whiting said with its tail in its mouth. 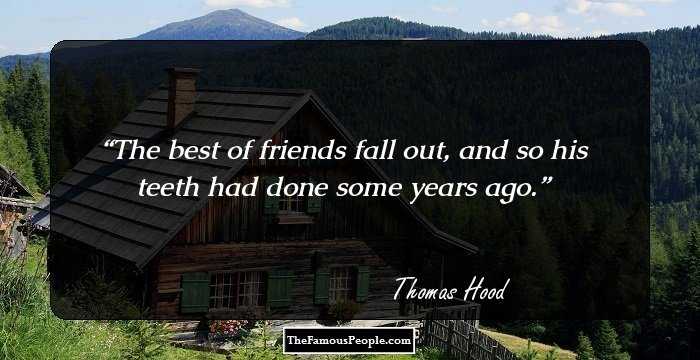 The best of friends fall out, and so his teeth had done some years ago. 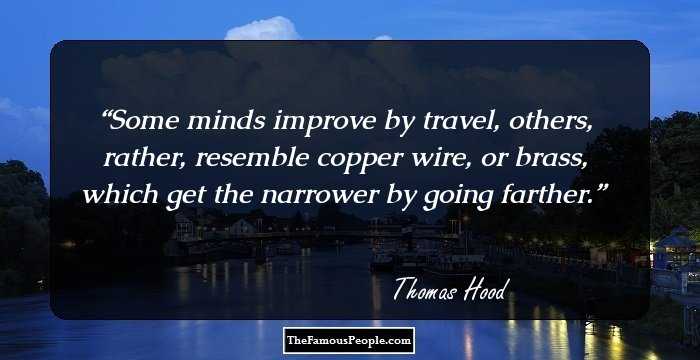 Some minds improve by travel, others, rather, resemble copper wire, or brass, which get the narrower by going farther. 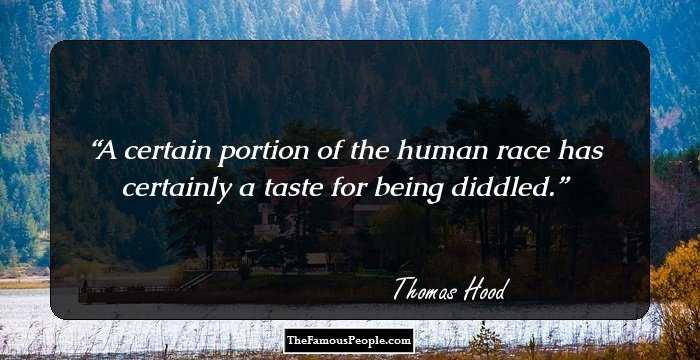 A certain portion of the human race has certainly a taste for being diddled. 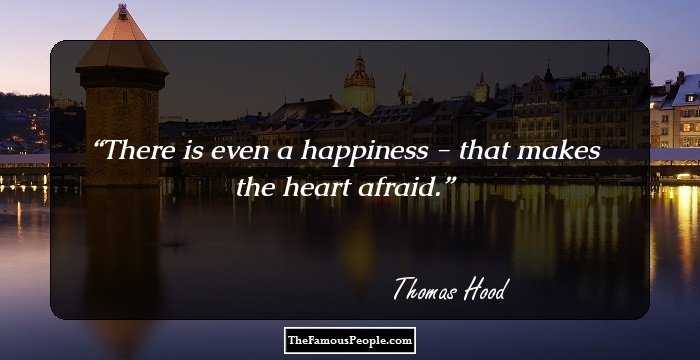 There is even a happiness - that makes the heart afraid. 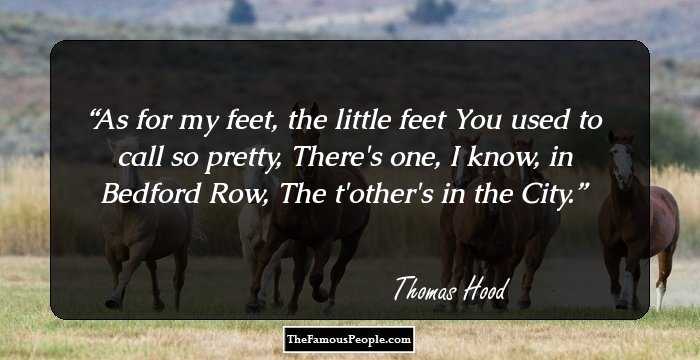 As for my feet, the little feet You used to call so pretty, There's one, I know, in Bedford Row, The t'other's in the City. 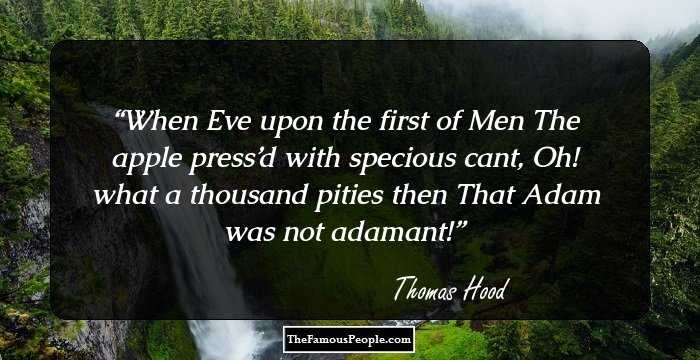 When Eve upon the first of Men The apple press’d with specious cant, Oh! what a thousand pities then That Adam was not adamant! 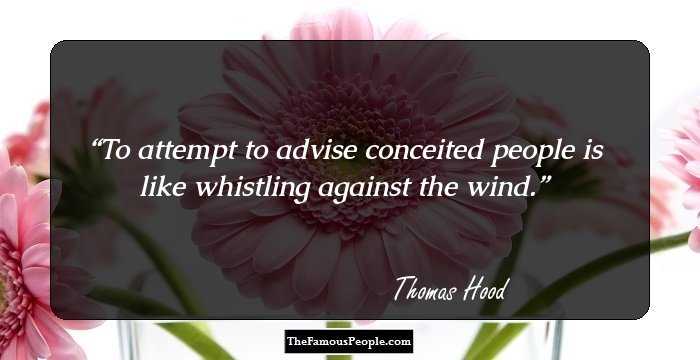 To attempt to advise conceited people is like whistling against the wind.

That a man be willing, when others are so too, as far forth as for peace and defence of himself he shall think it necessary, to lay down this right to all things; and be contented with so much liberty against other men, as he would allow other men against himself. 36 Inspiring Quotes By A. E. Housman For The Verse-Makers

27 Quotes By John Gay, The Author of Beggar's Opera