Famous As: Serial Killer
Born On: November 24, 1946
Died On: January 24, 1989
Born In: Burlington
Died At Age: 42
Ted Bundy was a notorious American necrophile and serial killer who raped, murdered, and kidnapped several girls and young women during the 1970s. In 1989, he confessed to thirty homicides that were committed by him from 1974 to 1978, after more than a decade of denials. The exact number of victims is still not known. He won the trust of his female victims through his charm and charisma and approached them in public places, aping an authoritative figure or by faking a disability or injury. He kept some of the heads of his decapitated victims as souvenirs in his apartment. On January 24, 1989, he was executed on an electric chair at âFlorida State Prison.â Here is a corpus of quotes and thoughts by Ted Bundy that will give you a glimpse of his criminal mind.
Listed In:
Criminals 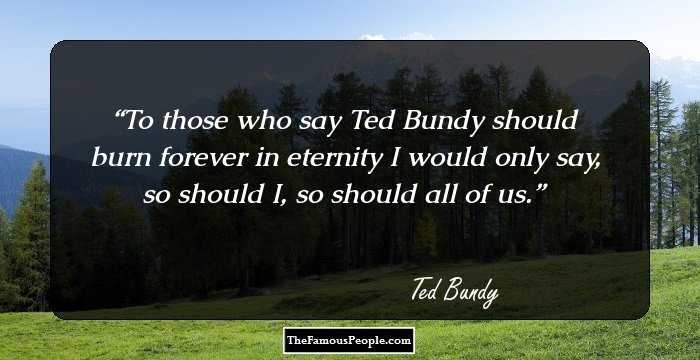 To those who say Ted Bundy should burn forever in eternity I would only say, so should I, so should all of us. 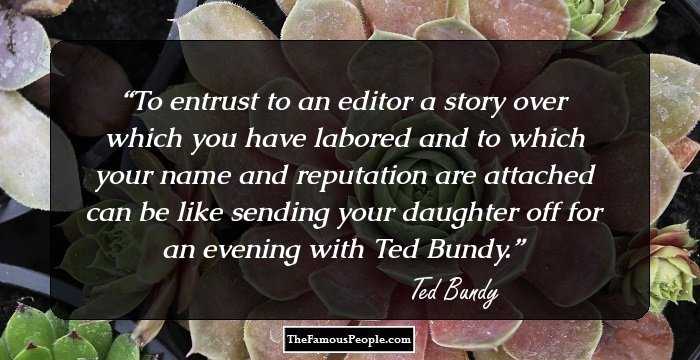 To entrust to an editor a story over which you have labored and to which your name and reputation are attached can be like sending your daughter off for an evening with Ted Bundy. 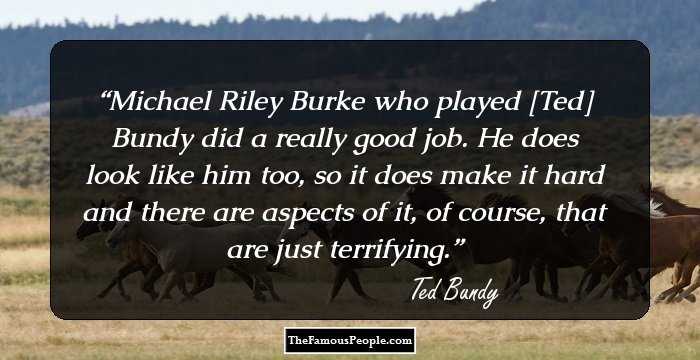 Michael Riley Burke who played [Ted] Bundy did a really good job. He does look like him too, so it does make it hard and there are aspects of it, of course, that are just terrifying. 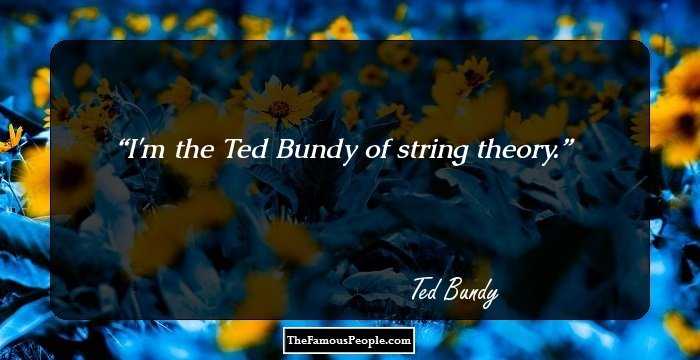 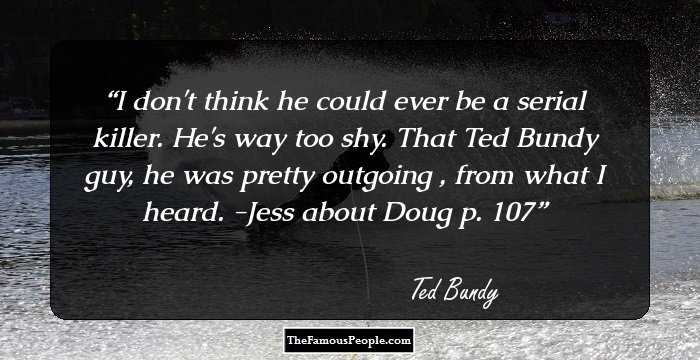 I don't think he could ever be a serial killer. He's way too shy. That Ted Bundy guy, he was pretty outgoing , from what I heard. -Jess about Doug p. 107 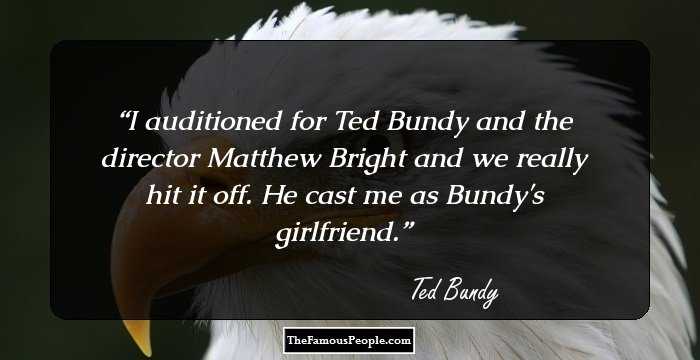 I auditioned for Ted Bundy and the director Matthew Bright and we really hit it off. He cast me as Bundy's girlfriend.

You know when you are doing a movie like [Ted Bundy] you try to as much as you can keep it upbeat when you are not working on the scene, so you cannot totally get disgusted and lost in it and also from my point of view I was ignorant to it all what was kind of going on.

I grew up knowing about [Ted] Bundy because I grew up in Aspen and that is one of the places he kept escaping from. I remember one of the times he had escaped the Pitkin County Jail, my stepfather sat outside with a shotgun because everyone knew Bundy had escaped and so everybody was on alert.