Famous As: Actress
Born On: January 5, 1962
Born In: Oklahoma City, Oklahoma, United States
Age: 60 Years
Suzy Amis is an American environment advocate, former model, and actress. She is best known for her role as âLizzy Calvert,â the granddaughter of âRoseâ in the iconic film âTitanicâ (1997). She made her acting debut as âPenny McGrawâ in the popular TV series âMiami Vice,â in 1984. She made her feature film debut in the American comedy film âFandango,â in 1985. She earned a nomination under âIndependent Spirit Award for Best Female Leadâ for her role as âJosephine "Jo" Monaghanâ in the 1993 film âThe Ballad of Little Jo.â Some of her other film appearances came in âTwisterâ (1989), âBlown Awayâ (1994), âNadjaâ (1994), âThe Usual Suspectsâ (1995), and âFirestormâ (1998). Her last screen appearance came in the 1999 film âJudgment Day.â She left her acting career to pursue a career as an advocate for environment and sustainable living. We have curated some of Suzy Amis' best quotes on likes, people, environment, development, and life.
Listed In:
Film & Theater Personalities
Actresses 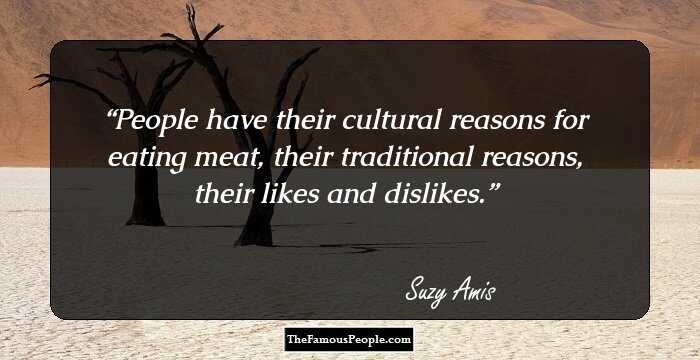 People have their cultural reasons for eating meat, their traditional reasons, their likes and dislikes. 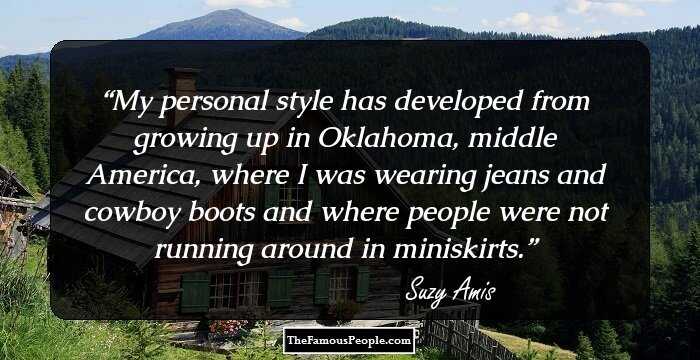 My personal style has developed from growing up in Oklahoma, middle America, where I was wearing jeans and cowboy boots and where people were not running around in miniskirts. 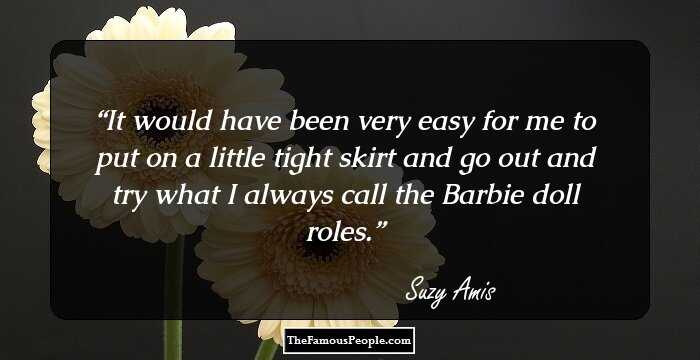 It would have been very easy for me to put on a little tight skirt and go out and try what I always call the Barbie doll roles. 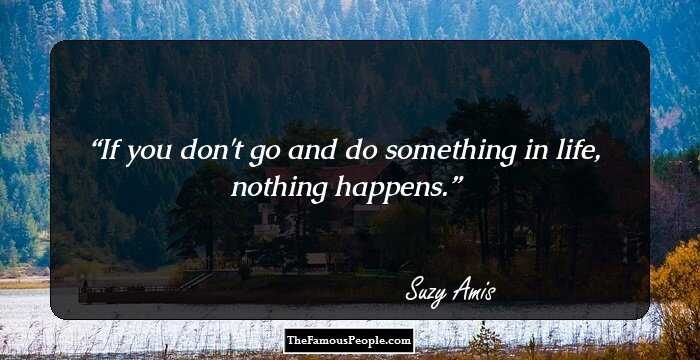 If you don't go and do something in life, nothing happens. 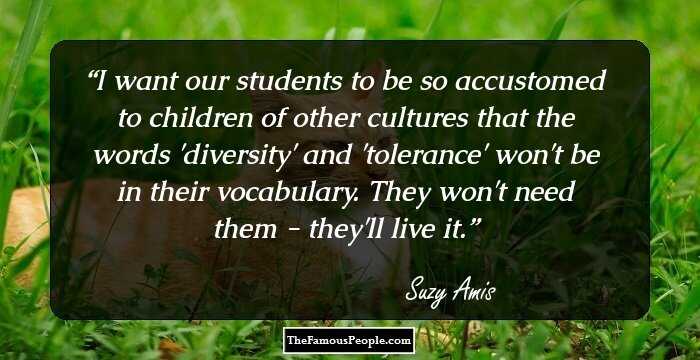 I want our students to be so accustomed to children of other cultures that the words 'diversity' and 'tolerance' won't be in their vocabulary. They won't need them - they'll live it. 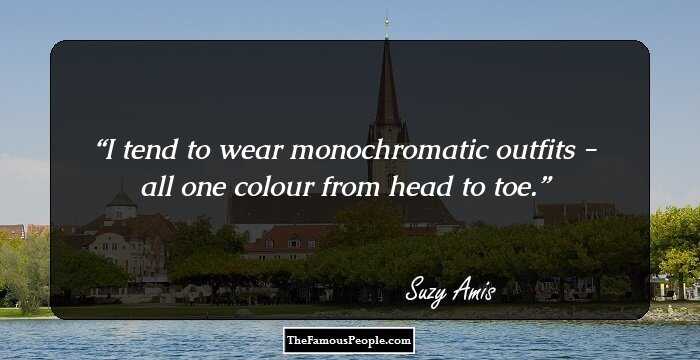 I tend to wear monochromatic outfits - all one colour from head to toe. 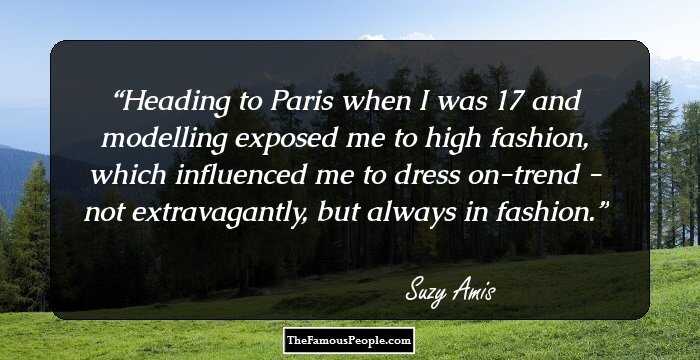 Heading to Paris when I was 17 and modelling exposed me to high fashion, which influenced me to dress on-trend - not extravagantly, but always in fashion.

I have a soft spot for cashmere - even though that is not a particularly sustainable fabric, I do invest in quality, so it is sustainable in the sense that it is not just throwaway fashion and I keep it for a long, long time.