10 Suze Orman Quotes That Will Give You Financial Wisdom

Famous As: Author, Television Personality, Motivational Speaker
Born On: June 5, 1951
Born In: Chicago, Illinois
Founder / Co Founder: Suze Orman Financial Group
Age: 71 Years
Suze Orman is a famous American author, television host, financial adviser, motivational speaker, online columnist, writer and producer. An expert in personal finance, she founded the âSuze Orman financial Groupâ in 1987.She started her career as financial advisor for âMerrill Lynchâ. She is also the author of eight financial books, seven of which have consecutively been the âNew York Times Best-Sellersâ thus making her âThe Best Selling Authorâ. She became a known face through television in the year 2002 when her program âSuze Orman Showâ which was aired on CNBC. She stands out as the sole and most powerful fund raiser in the history of public television. The world knows her for her most hard-hitting and straightforward advice on monetary matters. Her career has been built on advising and helping other become wealthy, all thanks to her financial acumen. Here is a collection of thoughts, views and quotes by Suze Orman which have been excerpted from her writings, journals, interviews, tweets, lectures and public utterances. Go through the famous quotes and thoughts by Suze Orman that will give you a new perspective about financial planning and investments.
Listed In:
Writers
Media Personalities 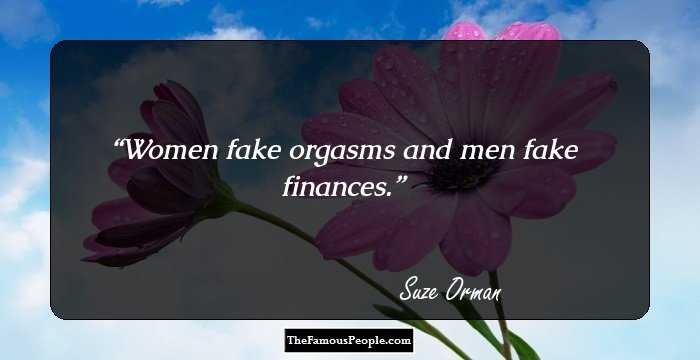 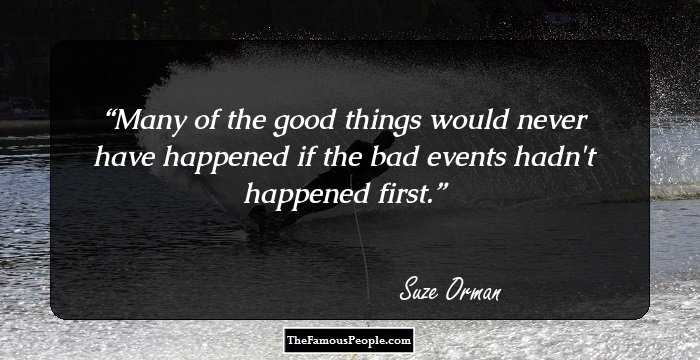 Many of the good things would never have happened if the bad events hadn't happened first. 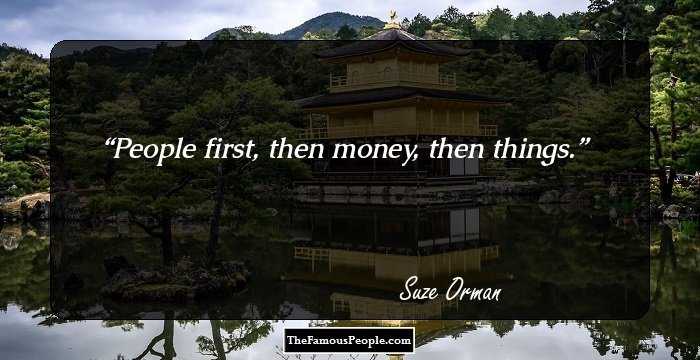 People first, then money, then things. 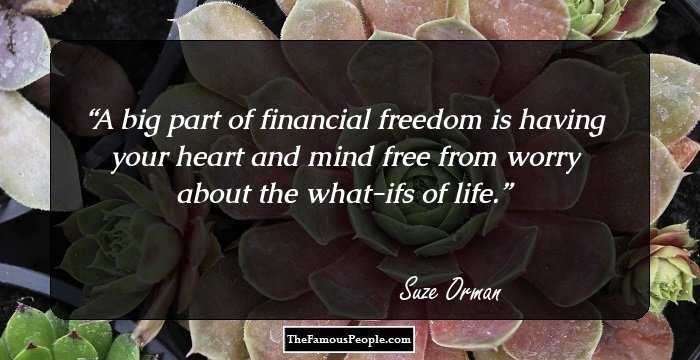 A big part of financial freedom is having your heart and mind free from worry about the what-ifs of life. 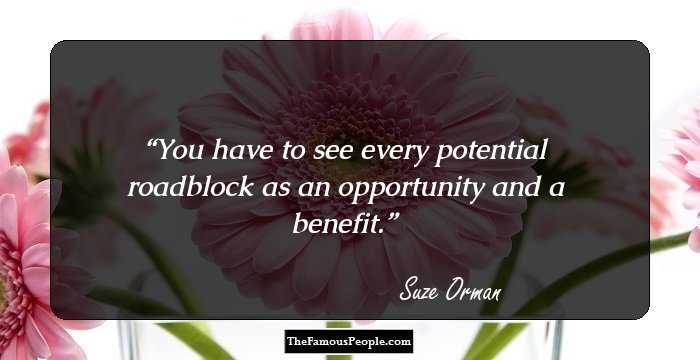 You have to see every potential roadblock as an opportunity and a benefit. 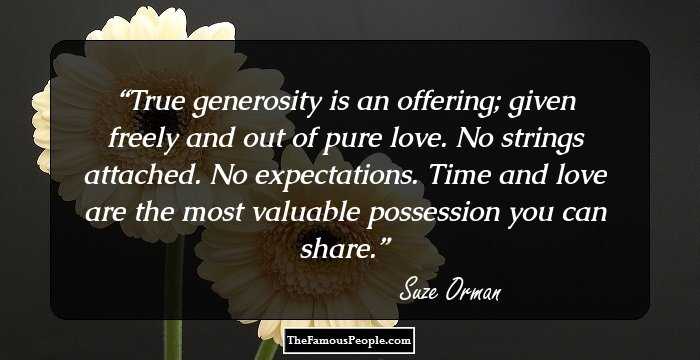 True generosity is an offering; given freely and out of pure love. No strings attached. No expectations. Time and love are the most valuable possession you can share. 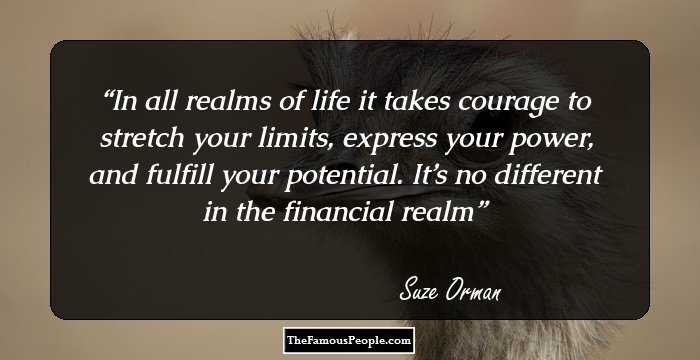 In all realms of life it takes courage to stretch your limits, express your power, and fulfill your potential. Itâs no different in the financial realm 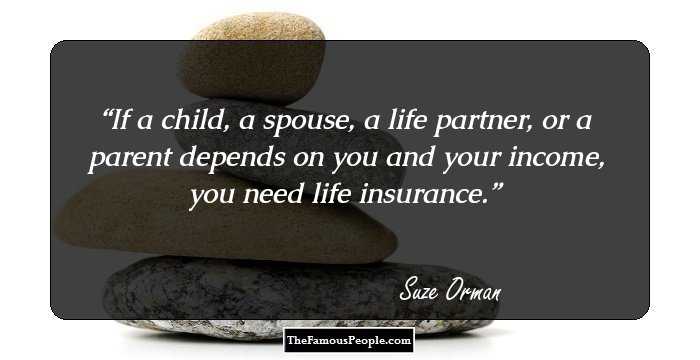 If a child, a spouse, a life partner, or a parent depends on you and your income, you need life insurance. 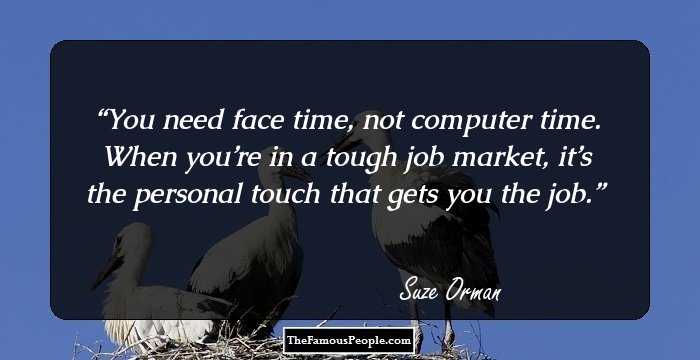 You need face time, not computer time. When youâre in a tough job market, itâs the personal touch that gets you the job. 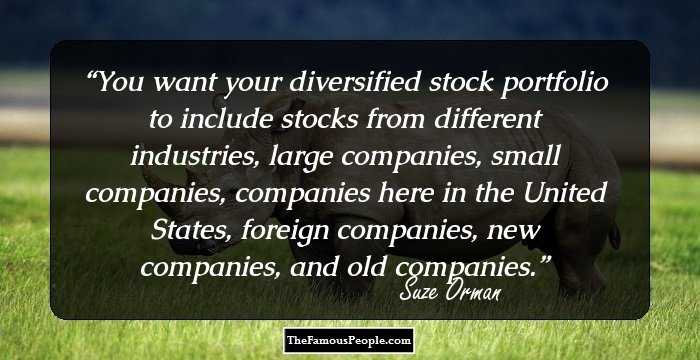