18 Famous Quotes By Steven Tyler That Are Funny And Entertaining

Steven Tyler is a renowned American songwriter, former television personality, musician, singer, and actor. He is well-known for being the lead vocalist of âAerosmith,â the Boston-based rock band. He plays percussion, harmonica and piano. Because of his wide vocal range and high screams he is also known as âDemon of Screamin.â He was inducted in the âRock and Roll Hall of Fameâ with Aerosmith in 2001. He was also inducted in the âSongwriters Hall of Fameâ in 2013. Here is a compilation of interesting and enlightening quotes by Steven Tyler which have been excerpted from his writings, songs, interviews, lyrics, movies, and dialogues. Zoom through motivational sayings by Steven Tyler on positivity, differences, alcohol, recovery, ifs, rock, trouble, journey, celebrate, heart, grief, sorrow, awakening, kids, and more. 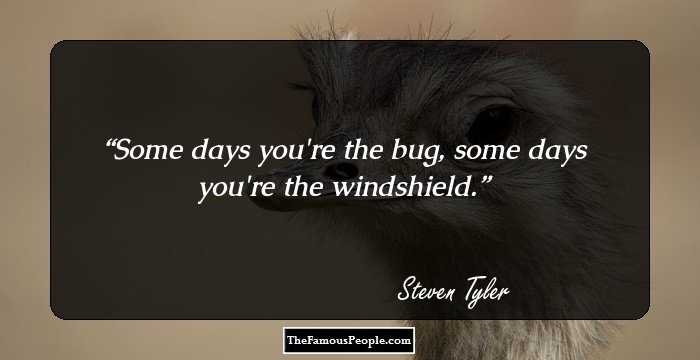 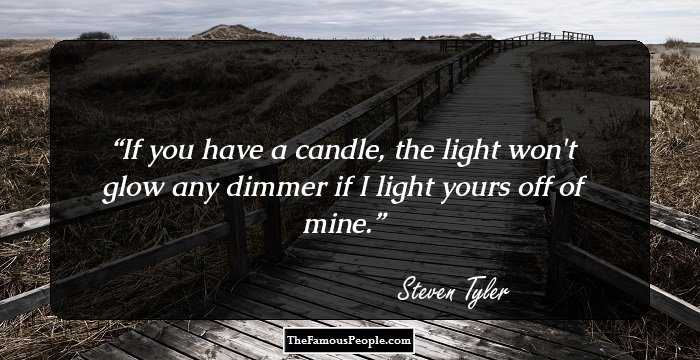 If you have a candle, the light won't glow any dimmer if I light yours off of mine.

You I
Steven Tyler 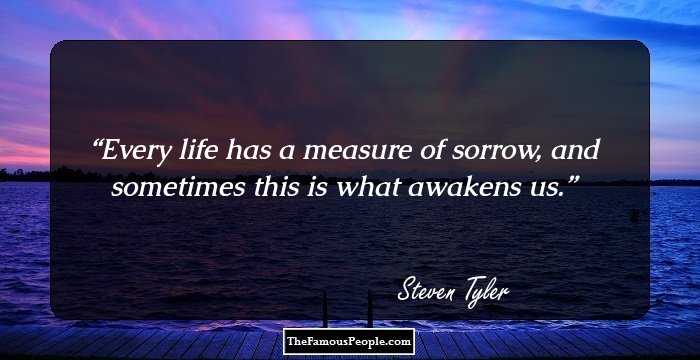 Every life has a measure of sorrow, and sometimes this is what awakens us. 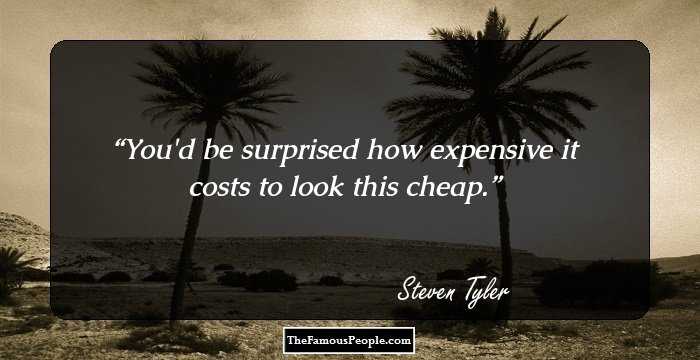 You'd be surprised how expensive it costs to look this cheap. 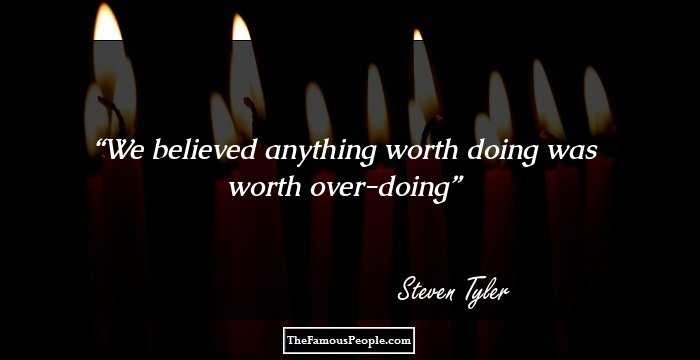 We believed anything worth doing was worth over-doing 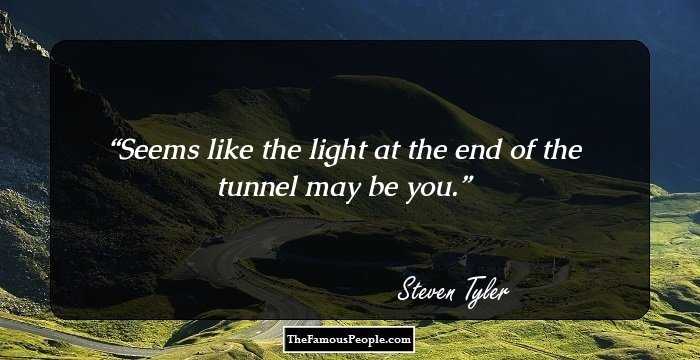 Seems like the light at the end of the tunnel may be you. 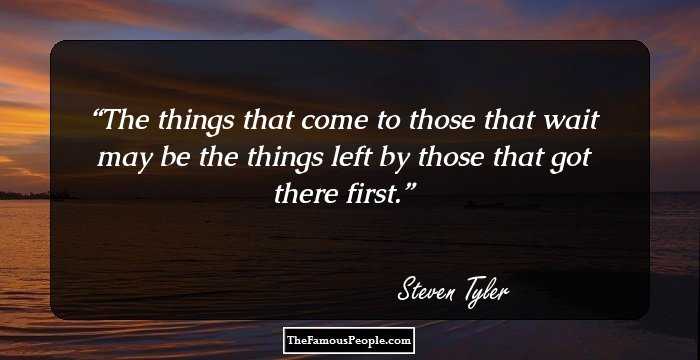 The things that come to those that wait may be the things left by those that got there first. 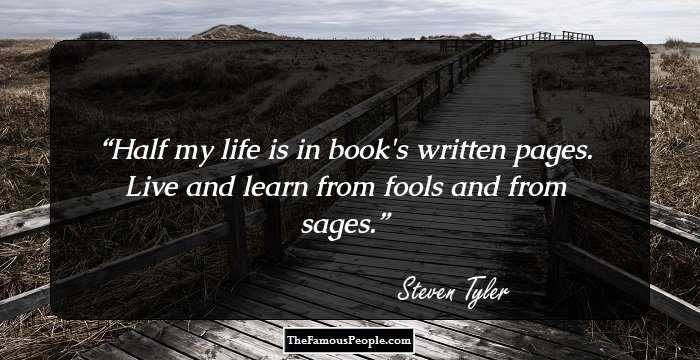 Half my life is in book's written pages. Live and learn from fools and from sages. 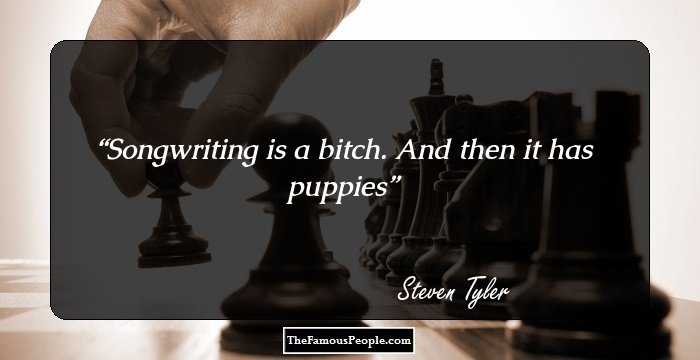 Songwriting is a bitch. And then it has puppies 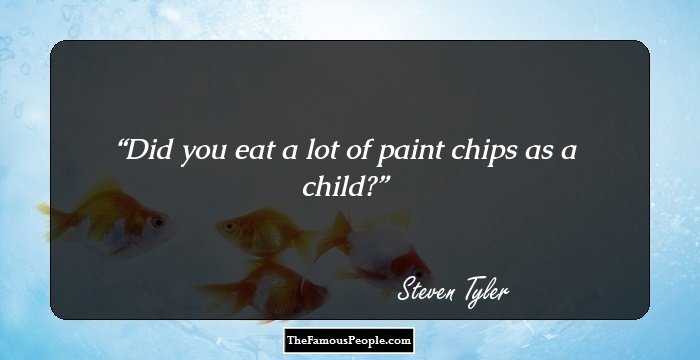 Did you eat a lot of paint chips as a child? 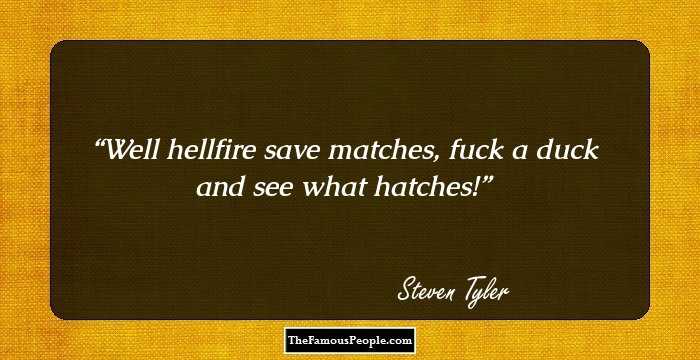 Well hellfire save matches, fuck a duck and see what hatches! 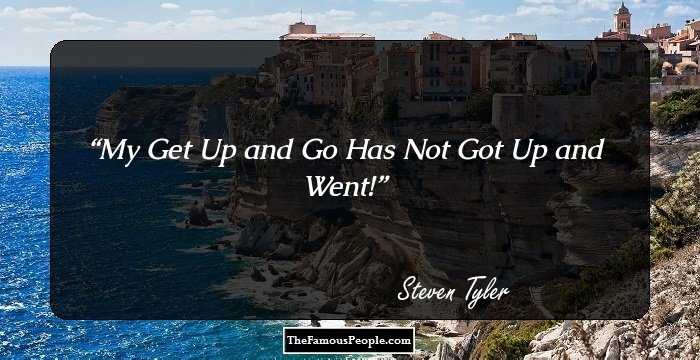 My Get Up and Go Has Not Got Up and Went! 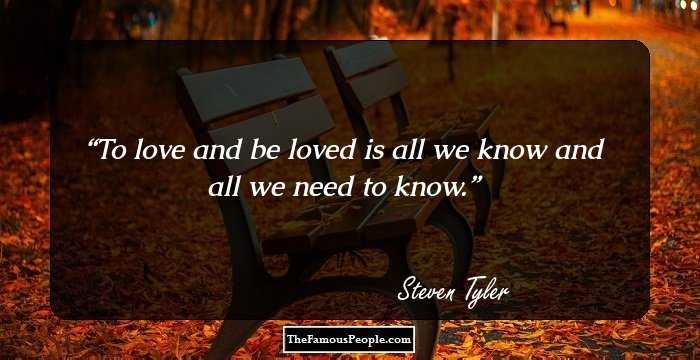 To love and be loved is all we know and all we need to know. 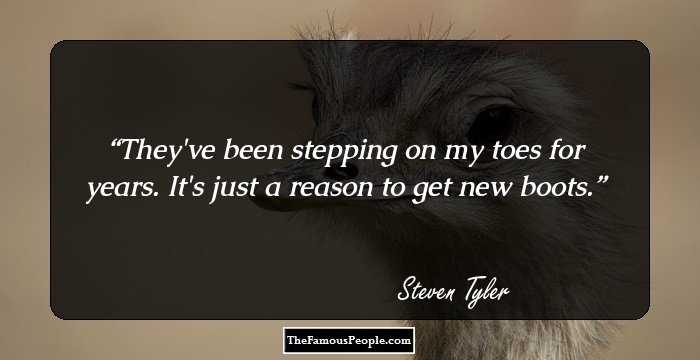 They've been stepping on my toes for years. It's just a reason to get new boots. 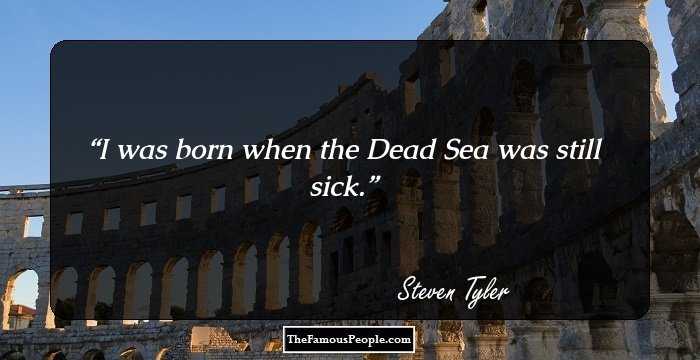 I was born when the Dead Sea was still sick. 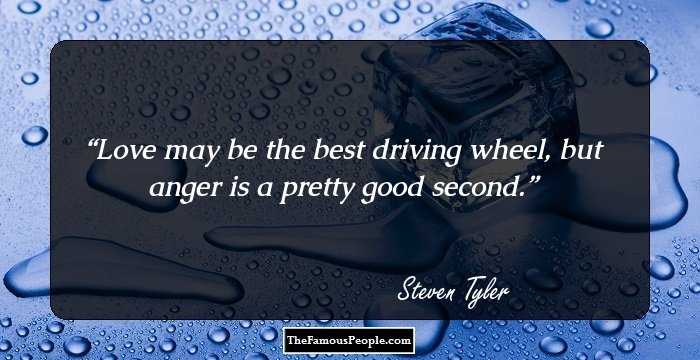 Love may be the best driving wheel, but anger is a pretty good second. 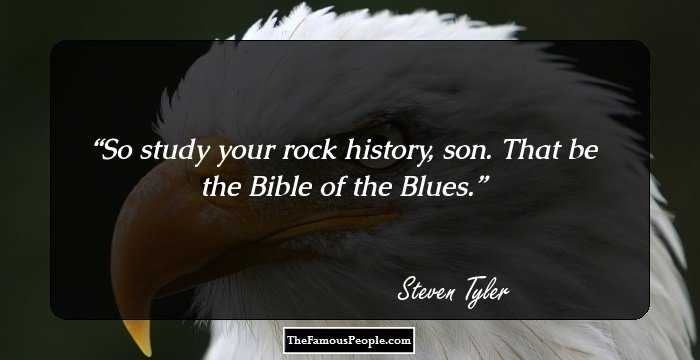 So study your rock history, son. That be the Bible of the Blues. 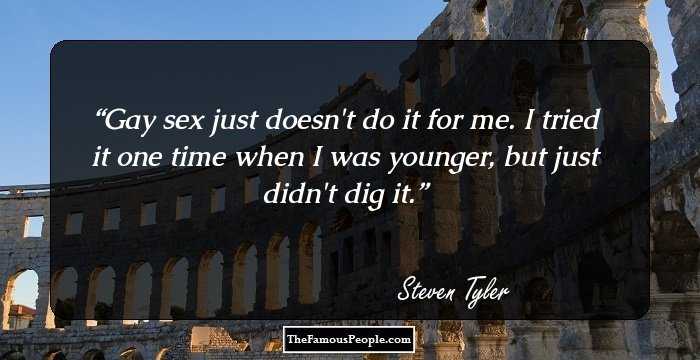 Gay sex just doesn't do it for me. I tried it one time when I was younger, but just didn't dig it.

Me Time I
Steven Tyler