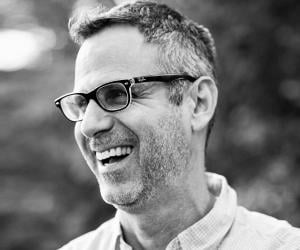 Famous As: Writer, Journalist, Literary critic
Born On: October 27, 1966
Born In: California
Age: 55 Years
Steve Almond is a renowned American short-story writer, essayist and a publisher who has also established a reputation as a teacher and a reporter. Steve served as a newspaper reporter at a famous newspaper for the first 7 years of his career. There he wrote various articles which were critically appreciated by the masses. This encouraged him to publish his first book titled âAgainst Footballâ, which received a mild response by the readers. Steve got recognition as a writer with his second book called âCandyfreakâ, which turned out to be a best-seller and was honored with a couple of awards including the most reputed âAmerican Library Association Alex Awardâ. This book was followed by various successful books which were translated into multiple foreign languages. He has also written many articles and short stories that helped enhance his reputation as a writer. These experiences motivated him to self-publish few of his books while working as a teacher of non-fiction at Cambridge. He has also appeared as a guest in few radio shows and even co-hosts a show called âDear Sugar Radioâ. We have excerpted few notable quotes and sayings by the famous writer from his writings, books, work and life. Here is a compilation of thoughts and quotations by Steve Almond.
Listed In:
Writers
Media Personalities 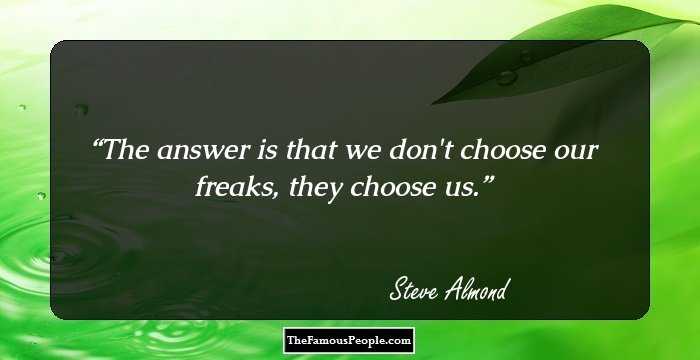 The answer is that we don't choose our freaks, they choose us. 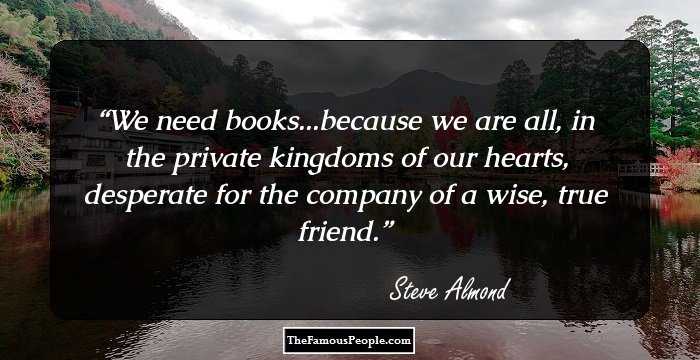 We need books...because we are all, in the private kingdoms of our hearts, desperate for the company of a wise, true friend. 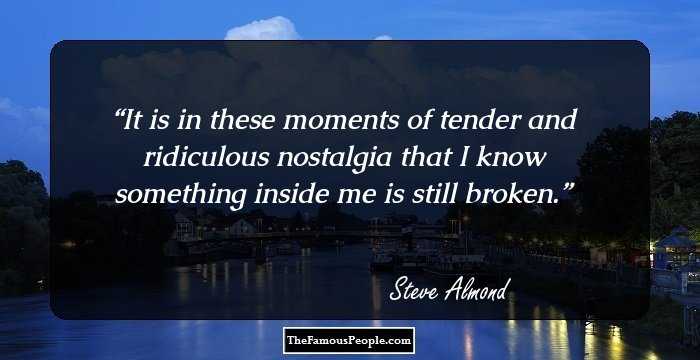 It is in these moments of tender and ridiculous nostalgia that I know something inside me is still broken.

Me I
Steve Almond 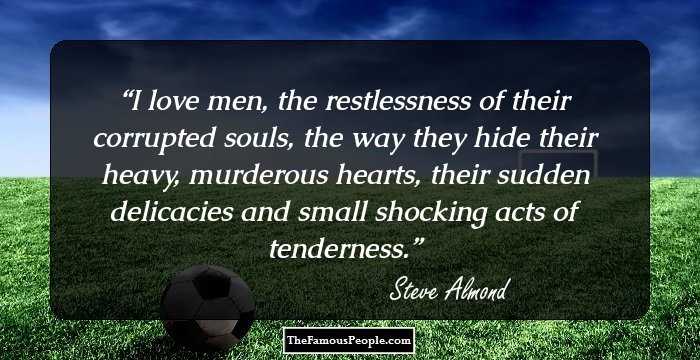 I love men, the restlessness of their corrupted souls, the way they hide their heavy, murderous hearts, their sudden delicacies and small shocking acts of tenderness. 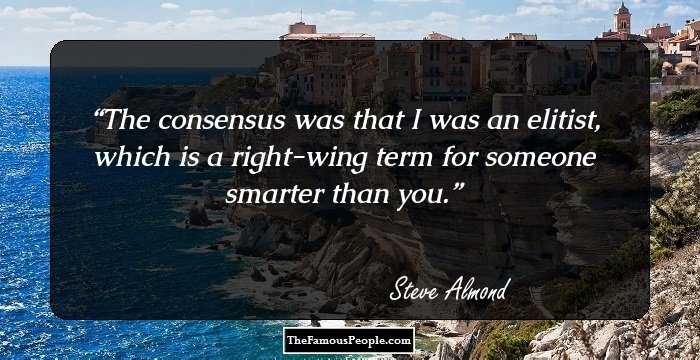 The consensus was that I was an elitist, which is a right-wing term for someone smarter than you.

You I
Steve Almond 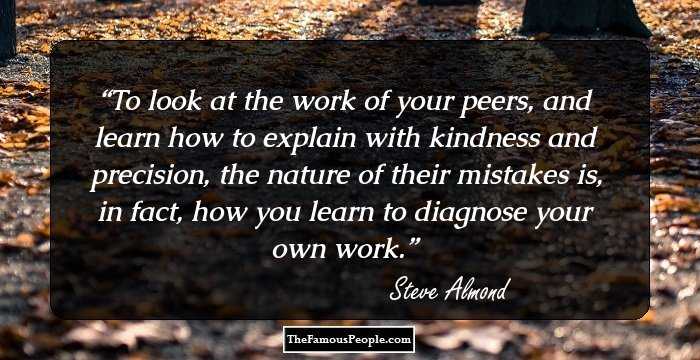 To look at the work of your peers, and learn how to explain with kindness and precision, the nature of their mistakes is, in fact, how you learn to diagnose your own work. 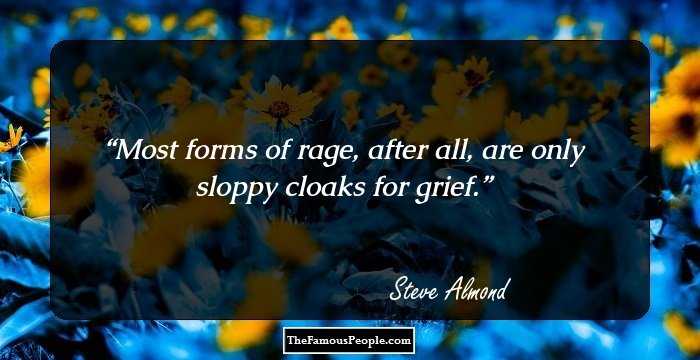 Most forms of rage, after all, are only sloppy cloaks for grief. 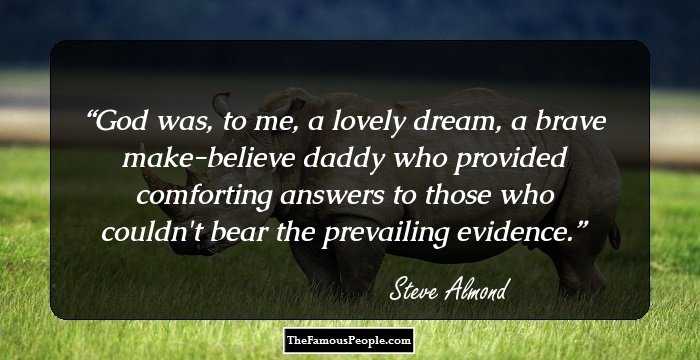 God was, to me, a lovely dream, a brave make-believe daddy who provided comforting answers to those who couldn't bear the prevailing evidence. 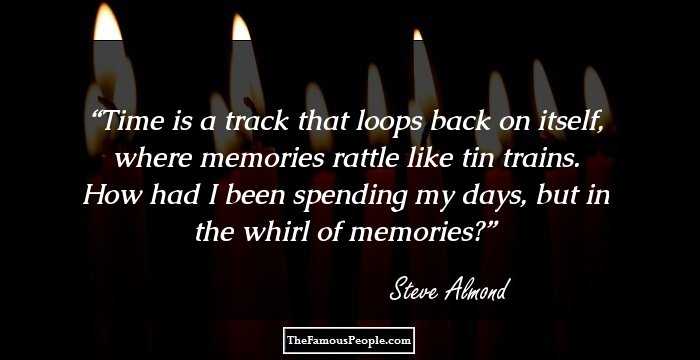 Time is a track that loops back on itself, where memories rattle like tin trains. How had I been spending my days, but in the whirl of memories? 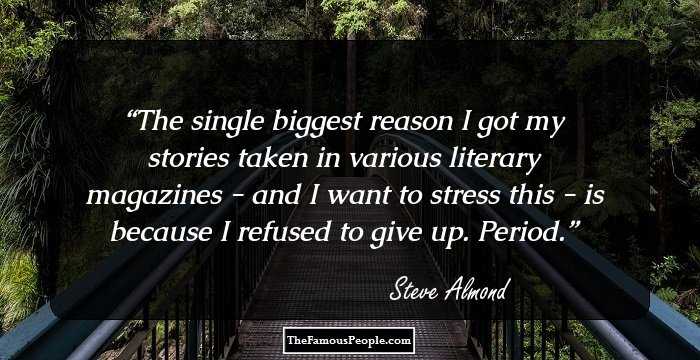 The single biggest reason I got my stories taken in various literary magazines - and I want to stress this - is because I refused to give up. Period. 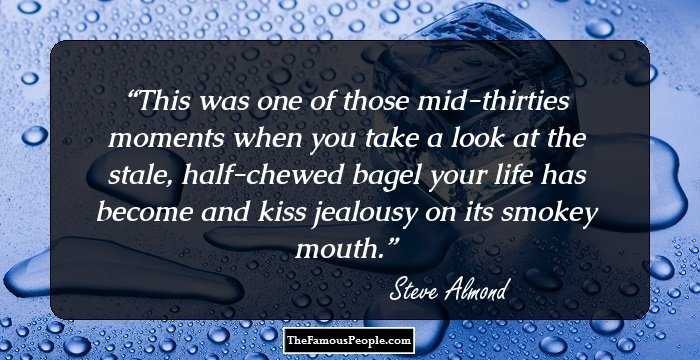 This was one of those mid-thirties moments when you take a look at the stale, half-chewed bagel your life has become and kiss jealousy on its smokey mouth. 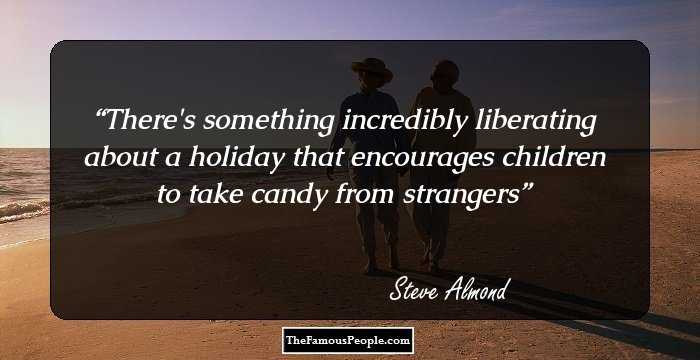 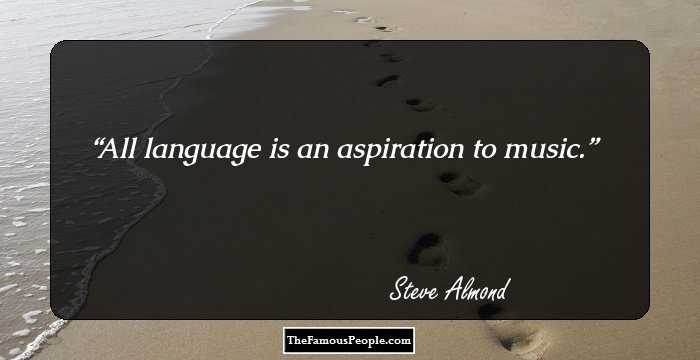 All language is an aspiration to music.