Famous As: Abolitionist and Women's Rights Activist
Born On: 1797 AD
Died On: November 26, 1883
Born In: Rifton, New York, United States
Died At Age: 86
Sojourner Truth was an Afro-American womenâs rights activist who also worked for the abolition of slavery. She was born as a slave and was first sold at the age of nine for 100$ with a flock of sheep. In 1827, the New York State liberated the slaves but Truth had to escape from her ownerâs house with one of her children. In her absence, her son was sold illegally and Truth became one of the first persons to file a case against whites. Her free life saw many hardships as she worked as a domestic help for survival during which she was falsely implicated for poisoning the ownerâs wife. She soon moved to work as a slavery abolitionist and joined the âNorthampton Association of Education and Industryâ. There she met various legendary abolitionists including âWilliam Lloyd Garrisonâ and âDavid Rugglesâ and was inspired to dedicate her life for the cause close to her heart. She later published her slavery experiences âThe Narrative of Sojourner Truth: A Northern Slave.â She became one of the very few escaped slaves to turn into prominent abolitionists. She had also worked significantly to recruit black troops during the Civil War. Following are a few notable quotations and sayings by the distinguished activist which are sure to motivate you. Go through these quotes and thoughts by Sojourner Truth to see life through the perspective of a slave.
Listed In:
Activists 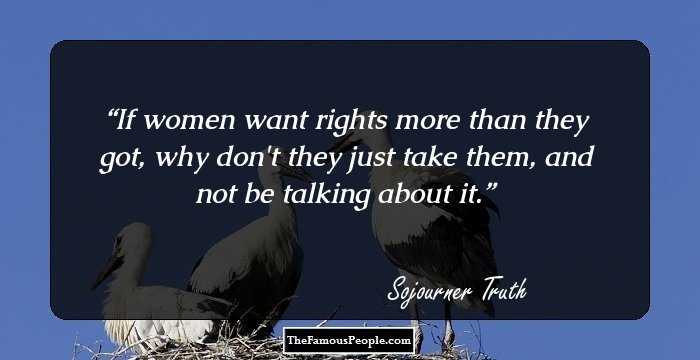 If women want rights more than they got, why don't they just take them, and not be talking about it. 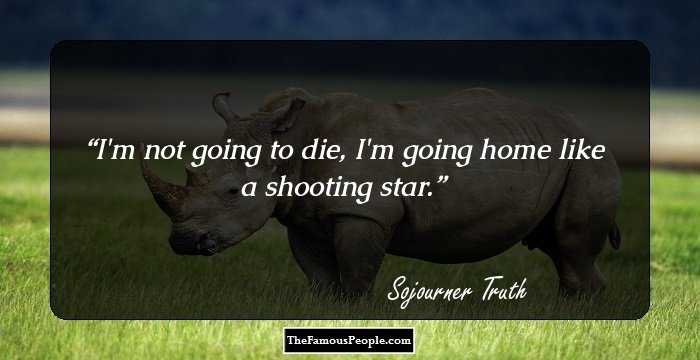 I'm not going to die, I'm going home like a shooting star. 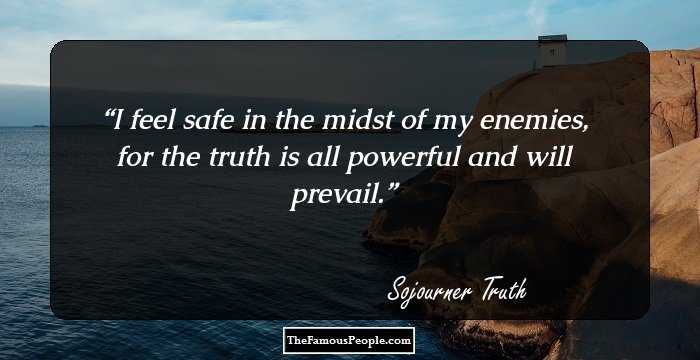 I feel safe in the midst of my enemies, for the truth is all powerful and will prevail. 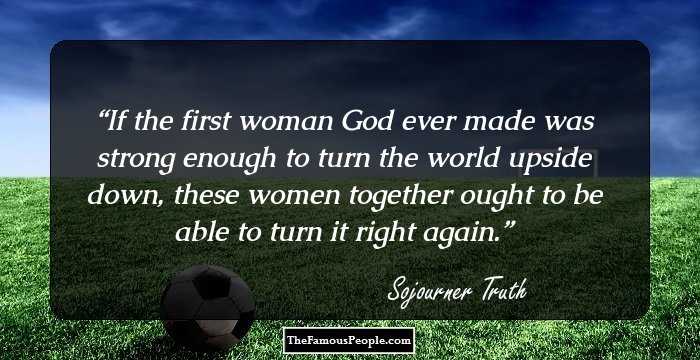 If the first woman God ever made was strong enough to turn the world upside down, these women together ought to be able to turn it right again. 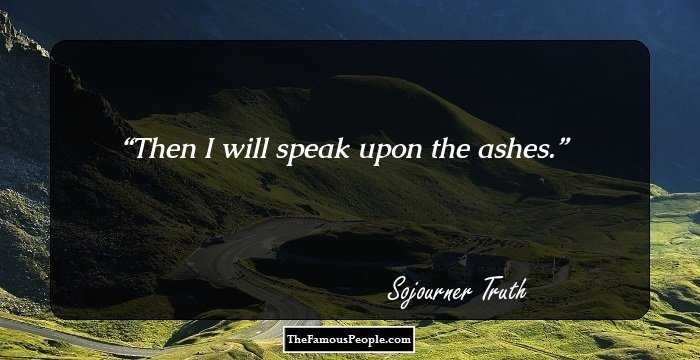 Then I will speak upon the ashes. 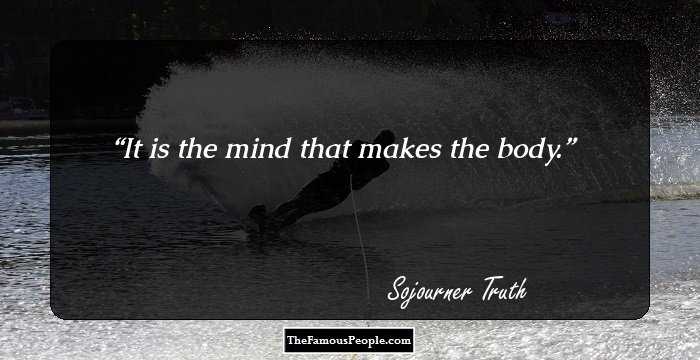 It is the mind that makes the body. 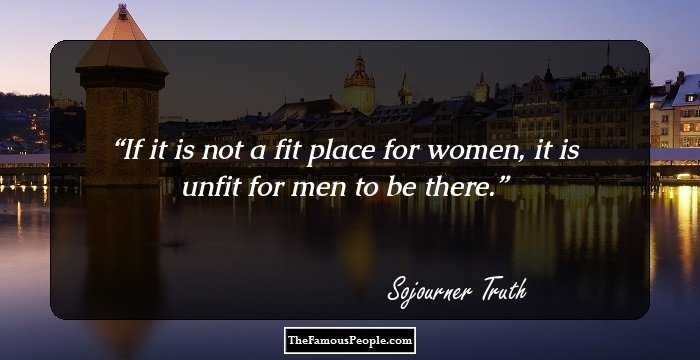 If it is not a fit place for women, it is unfit for men to be there. 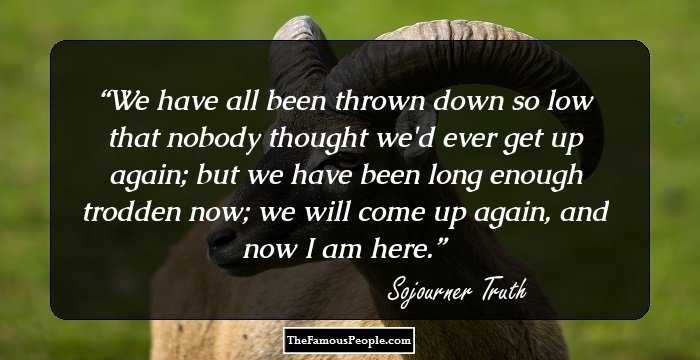 We have all been thrown down so low that nobody thought we'd ever get up again; but we have been long enough trodden now; we will come up again, and now I am here. 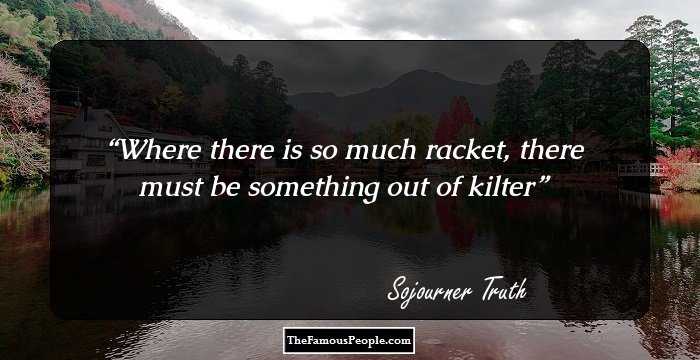 Where there is so much racket, there must be something out of kilter