Famous As: British Physicist Who Won the Nobel Prize in Physics for Discovering the Wave Properties of the Electron
Born On: May 3, 1892
Died On: September 10, 1975
Born In: Cambridge, England, United Kingdom
Died At Age: 83
George Paget Thomson was a famous English physicist who was awarded the âNobel Prize in Physicsâ. He is accredited with the discovery of wave properties, and diffraction of electrons by crystals. He was born in an academically eminent family and pursued his education at Cambridge. He also spent a lot of his time working on aerodynamics trying to enhance the stability of airplanes. After the discovery of electron diffraction he shifted his focus towards nuclear physics. After the discovery of uranium fission he was struck by its potential for military use. Here is a compilation of all the quotable quotes and sayings by George Paget Thomson which have been collected from his writings, discoveries, thoughts, researches, other works and life. Let us browse through the famous quotes and thoughts by George Paget Thomson and see what we can learn from them.
Listed In:
Scientists 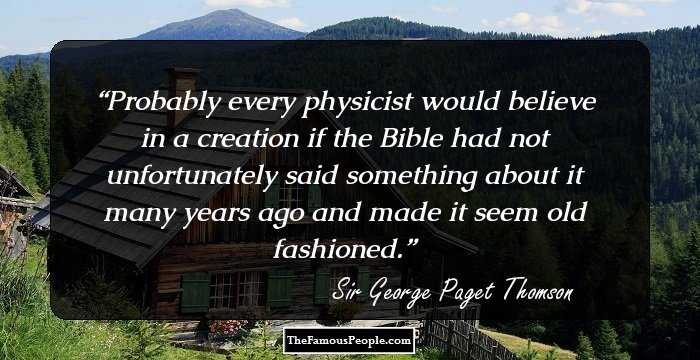 Probably every physicist would believe in a creation if the Bible had not unfortunately said something about it many years ago and made it seem old fashioned. 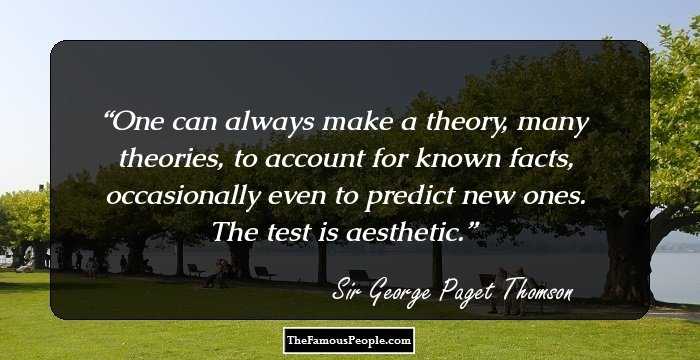 One can always make a theory, many theories, to account for known facts, occasionally even to predict new ones. The test is aesthetic. 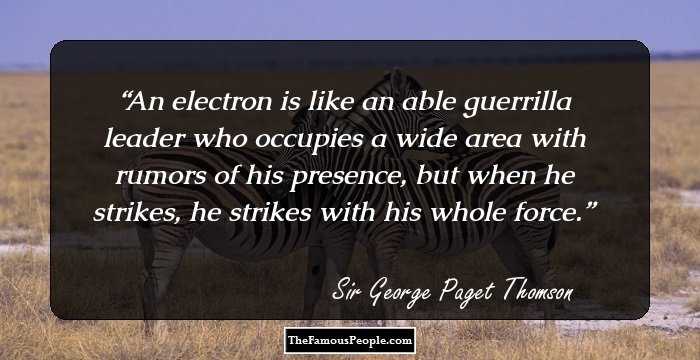 An electron is like an able guerrilla leader who occupies a wide area with rumors of his presence, but when he strikes, he strikes with his whole force. 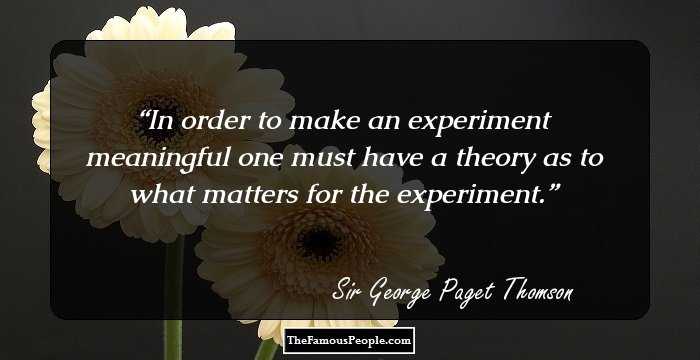 In order to make an experiment meaningful one must have a theory as to what matters for the experiment. 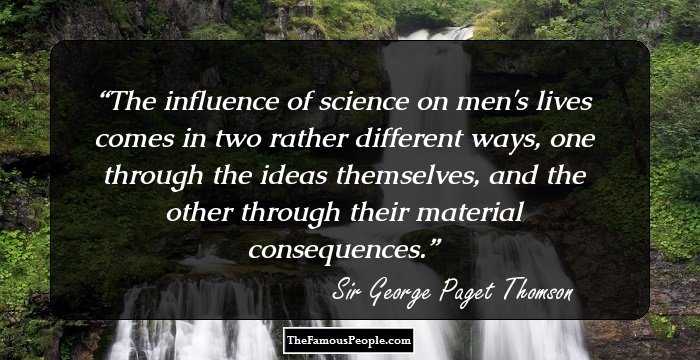 The influence of science on men's lives comes in two rather different ways, one through the ideas themselves, and the other through their material consequences.

The goddess of learning is fabled to have sprung full-grown from the brain of Zeus, but it is seldom that a scientific conception is born in its final form, or owns a single parent. More often it is the product of a series of minds, each in turn modifying the ideas of those that came before, and providing material for those that came after. The electron is no exception.

The progress of science is a little like making a jig-saw puzzle. One makes collections of pieces which certainly fit together, though at first it is not clear where each group should come in the picture as a whole, and if at first one makes a mistake in placing it, this can be corrected later without dismantling the whole group. 48 Insightful Quotes By Sir Isaac Newton, One of The Greatest Scientists of All Time