Famous As: English Actor, Screenwriter and Producer
Born On: February 14, 1970
Born In: Brockworth, England, United Kingdom
Age: 52 Years
The popular English actor Simon Pegg is also known to be a prolific comedian, producer and screenwriter. He started off his career as a comedian performing at various clubs and eventually toured to various countries. This helped him appear on some of the most popular television shows including âBig Trainâ and âSaturday Night Liveâ. During this period he met his lifelong friends and future business partners âEdgar Wrightâ and âJessica Stevensonâ. His first prominent role was in the sitcom âSpacedâ where he also worked as a co-writer. It was a popular show and had been nominated twice for the âBritish Academy Television Awardsâ. He then turned to the big screen starting off by playing small roles in some movies before his first notable role in âShaun of the Deadâ. He further did various roles including the âMission Impossible Seriesâ to prove his prominence as an actor. He also co-wrote various successful movies including an action comedy titled âHot Fuzzâ. It was critically appreciated and turned out to be highly successful. Here are some popular quotations and thoughts by the great comedian which are sure to make you giggle besides inspiring you. Go through these quotes and thoughts by Simon Pegg which comes out straight from his comedian heart.
Listed In:
Actors
Film & Theater Personalities
Comedians 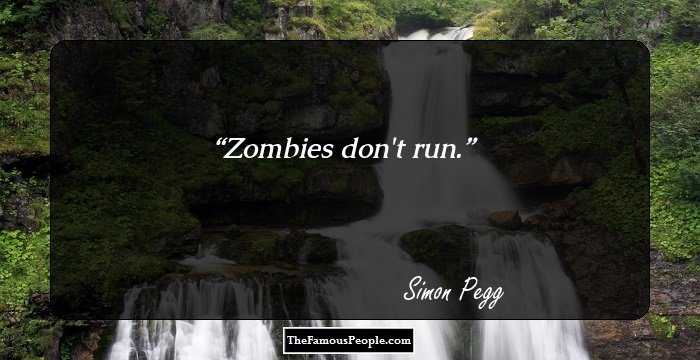 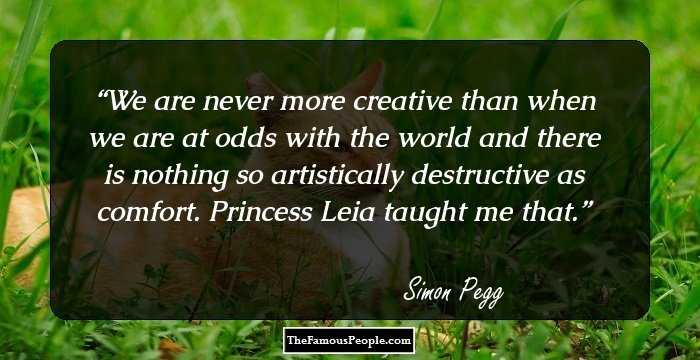 We are never more creative than when we are at odds with the world and there is nothing so artistically destructive as comfort. Princess Leia taught me that. 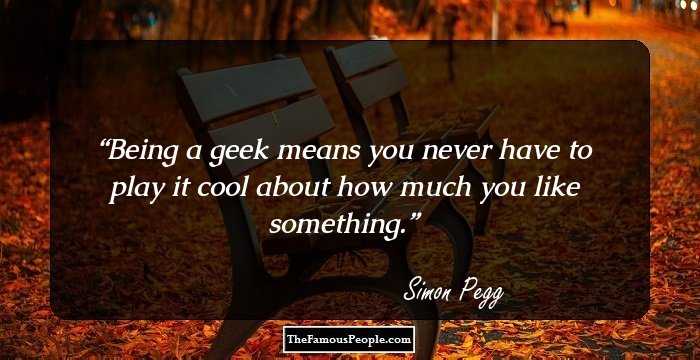 Being a geek means you never have to play it cool about how much you like something. 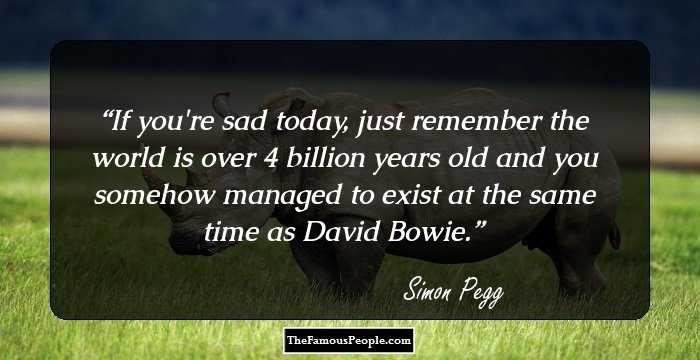 If you're sad today, just remember the world is over 4 billion years old and you somehow managed to exist at the same time as David Bowie. 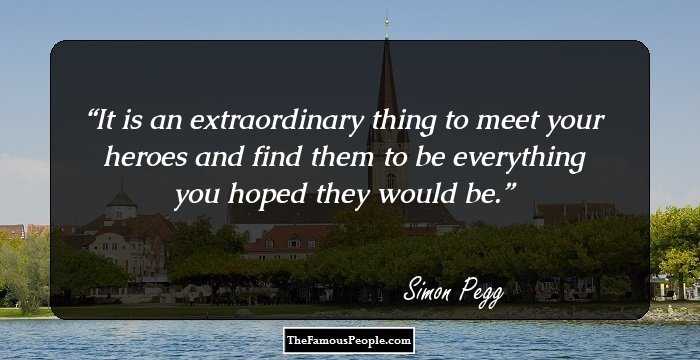 It is an extraordinary thing to meet your heroes and find them to be everything you hoped they would be. 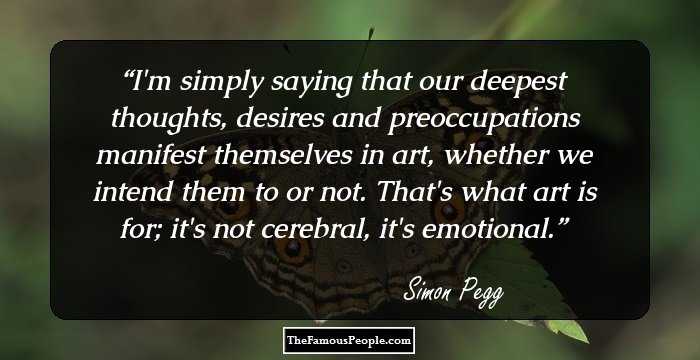 I'm simply saying that our deepest thoughts, desires and preoccupations manifest themselves in art, whether we intend them to or not. That's what art is for; it's not cerebral, it's emotional. 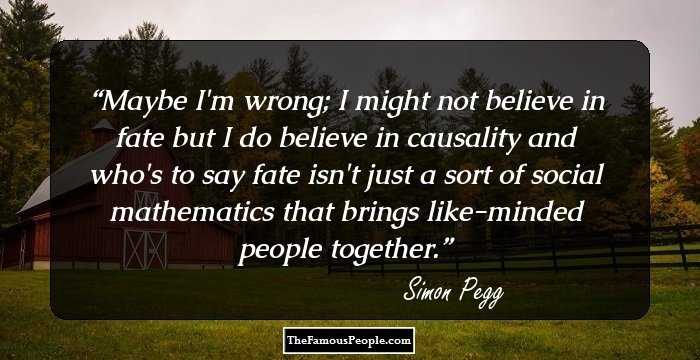 Maybe I'm wrong; I might not believe in fate but I do believe in causality and who's to say fate isn't just a sort of social mathematics that brings like-minded people together.

Together Believe I
Simon Pegg 26 Inspiring Quotes By Jason Isaacs That You Should Not Miss