Sharon Osbourne is an eminent British-American television personality, author and entertainment manager. She gained prominence when she appeared in âThe Osbournes.â She has also appeared in various television shows as judge, including âAmericaâs Got Talent,â and âThe X-Factor.â âExtremeâ marked her debut as an author. Zoom through the collection of famous quotes by Sharon Osbourne on beauty, America, strength, people, mistakes, life, love, dreams, pride, loss, perception, career, simplicity, music, books, luck, hatred, and more. 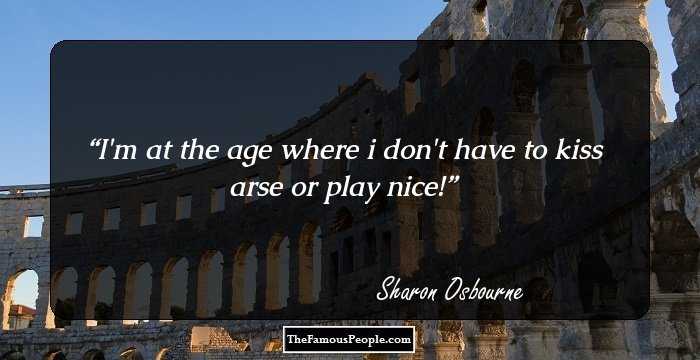 I'm at the age where i don't have to kiss arse or play nice! 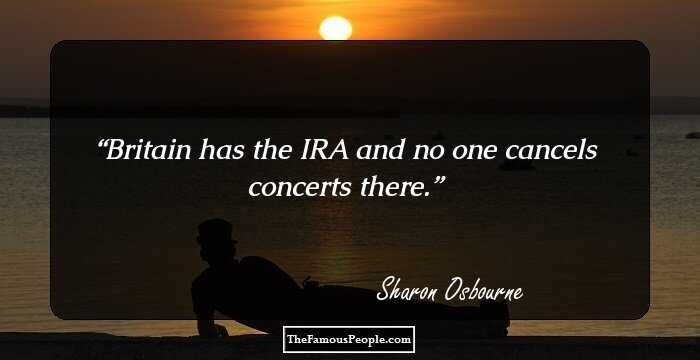 Britain has the IRA and no one cancels concerts there. 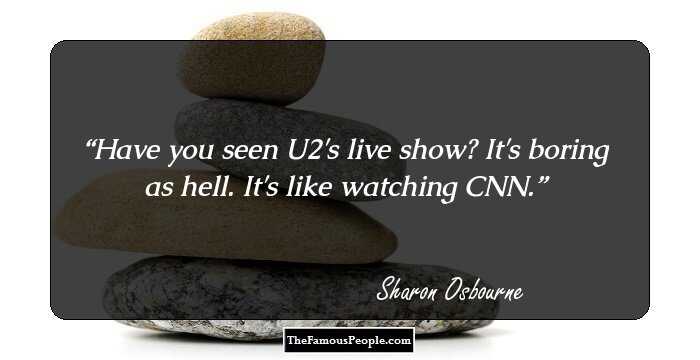 Have you seen U2's live show? It's boring as hell. It's like watching CNN. 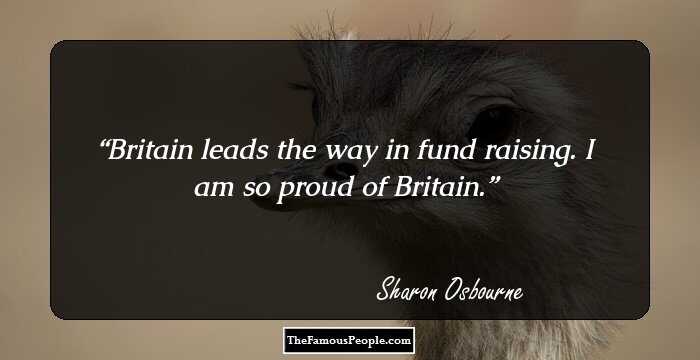 Britain leads the way in fund raising. I am so proud of Britain. 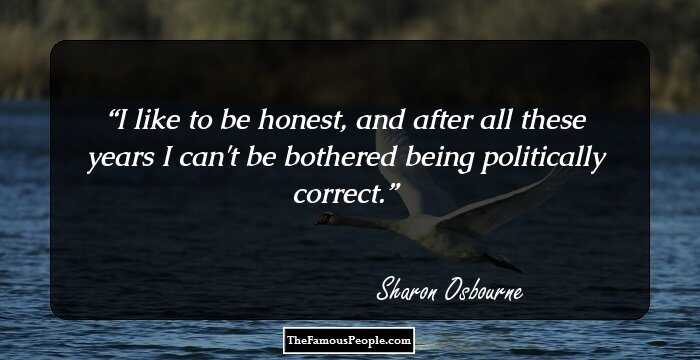 I like to be honest, and after all these years I can't be bothered being politically correct. 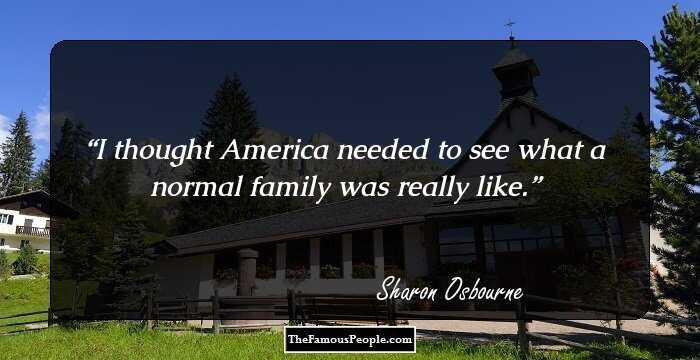 I thought America needed to see what a normal family was really like. 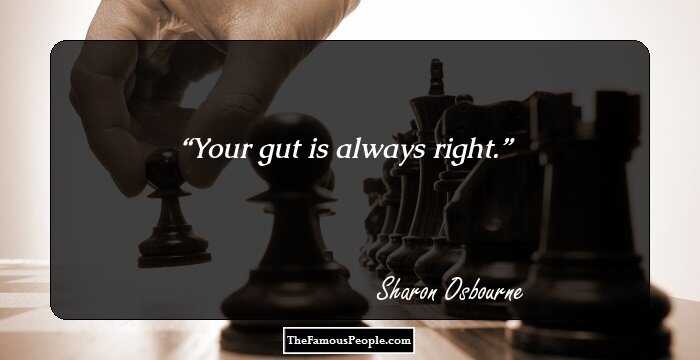 Your gut is always right. 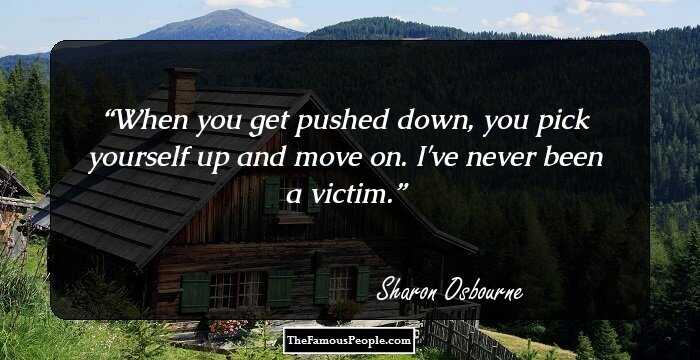 When you get pushed down, you pick yourself up and move on. I've never been a victim. 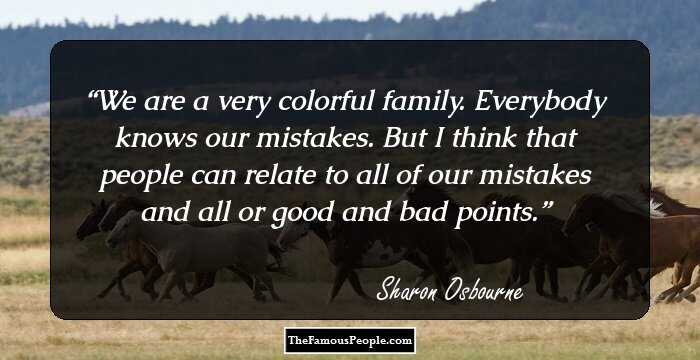 We are a very colorful family. Everybody knows our mistakes. But I think that people can relate to all of our mistakes and all or good and bad points. 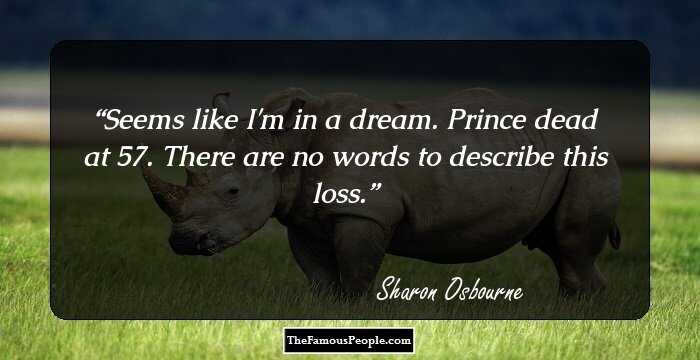 Seems like I'm in a dream. Prince dead at 57. There are no words to describe this loss. 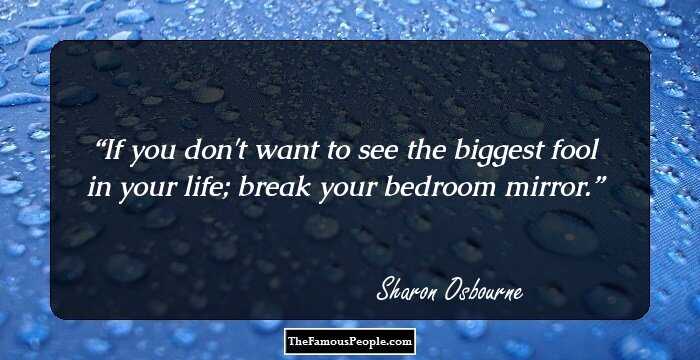 If you don't want to see the biggest fool in your life; break your bedroom mirror. 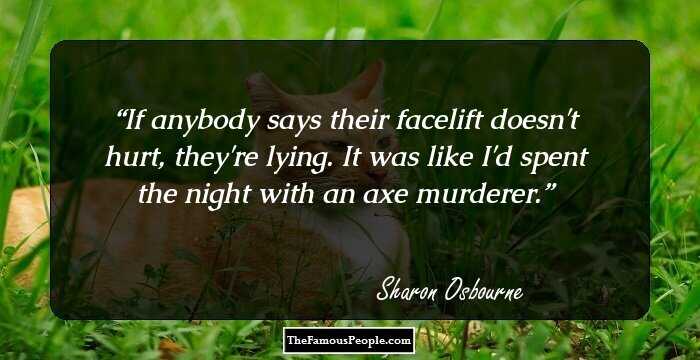 If anybody says their facelift doesn't hurt, they're lying. It was like I'd spent the night with an axe murderer. 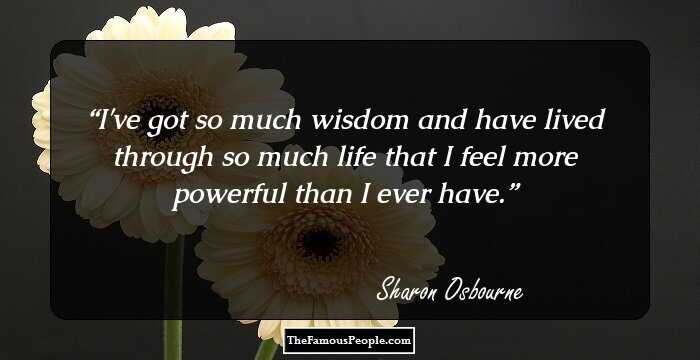 I've got so much wisdom and have lived through so much life that I feel more powerful than I ever have. 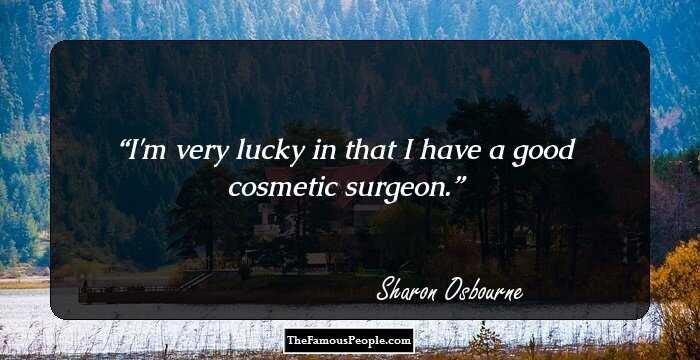 I'm very lucky in that I have a good cosmetic surgeon. 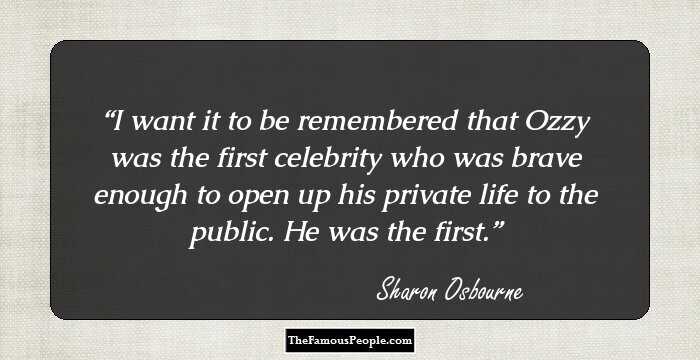 I want it to be remembered that Ozzy was the first celebrity who was brave enough to open up his private life to the public. He was the first. 121 Awesome Quotes By George Orwell, The Author Of Animal Farm