Sean Young is a distinguished American actress who started her acting career in 1980 with the romantic drama film âJane Austen in Manhattan.â She followed it with a role in buddy military comedy film âStripes.â Some of her other renowned performances include films like âWall Street,â âBlade Runner,â âAce Ventura: Pet Detective,â âNo Way Out,â âCousins,â and âDune,â besides various others. We bring to you a corpus of popular and noteworthy quotes and sayings by Sean Young which have been gathered from her films, works, interviews, thoughts, public utterances, dialogues, tweets and life. Go through the compilation of empowering and motivational quotes and thoughts by Sean Young on looks, emotions, marriage, waiting, supporter, reputation, actors, movies, shows, absence, comeback, smile, work, business, etc. 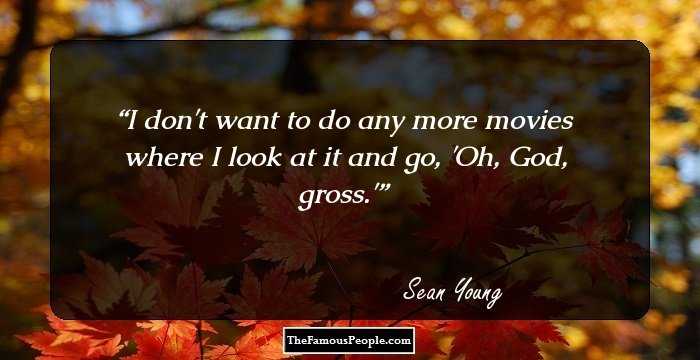 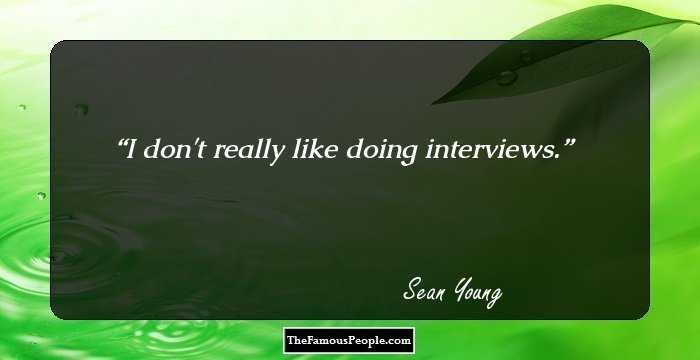 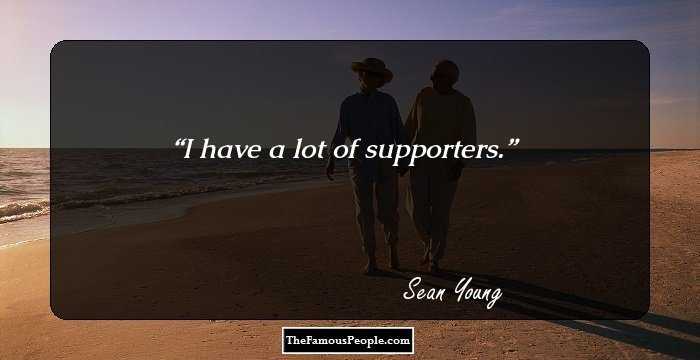 I have a lot of supporters. 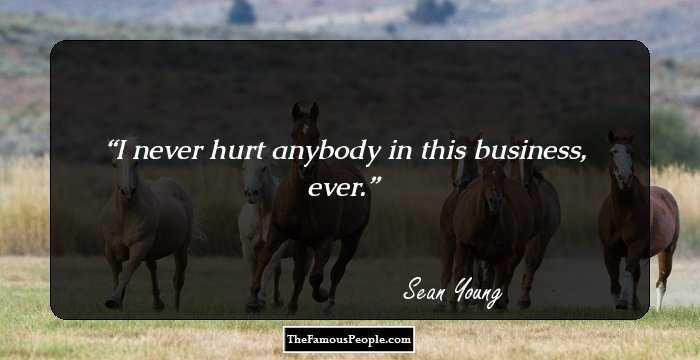 I never hurt anybody in this business, ever. 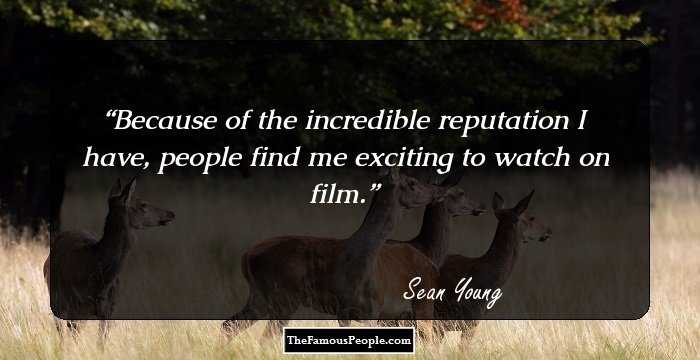 Because of the incredible reputation I have, people find me exciting to watch on film. 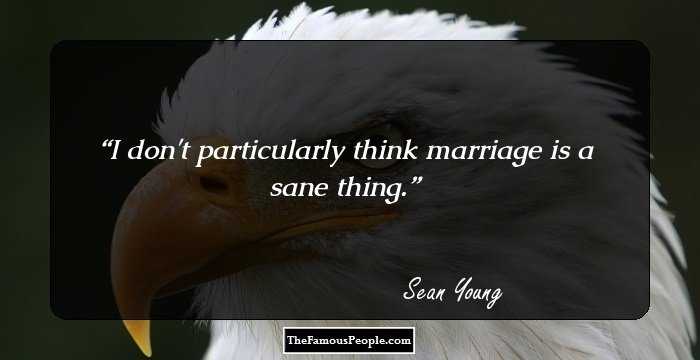 I don't particularly think marriage is a sane thing. 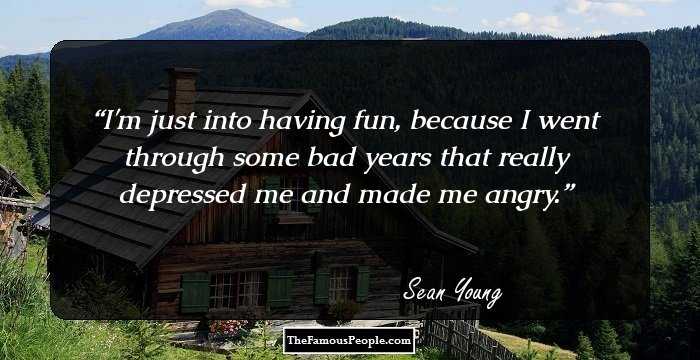 I'm just into having fun, because I went through some bad years that really depressed me and made me angry. 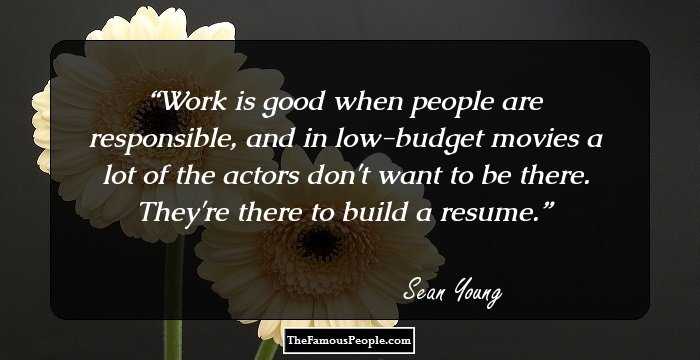 Work is good when people are responsible, and in low-budget movies a lot of the actors don't want to be there. They're there to build a resume. 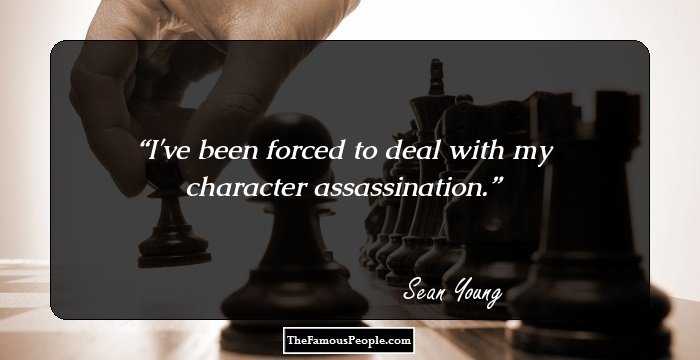 I've been forced to deal with my character assassination. 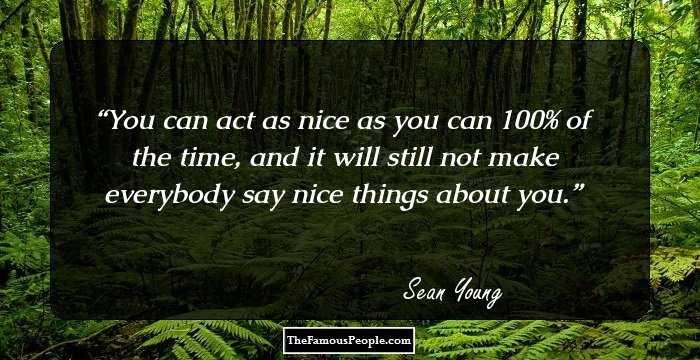 You can act as nice as you can 100% of the time, and it will still not make everybody say nice things about you.

You Time Will
Sean Young 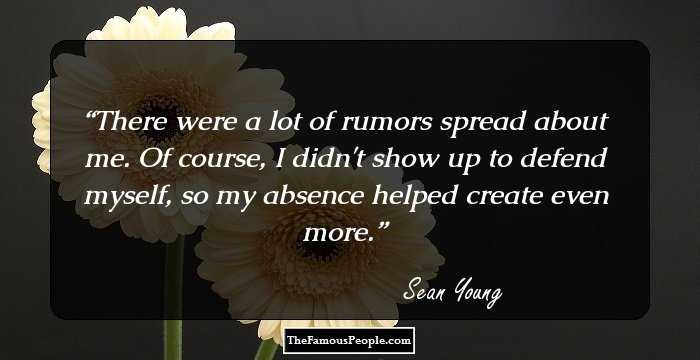 There were a lot of rumors spread about me. Of course, I didn't show up to defend myself, so my absence helped create even more. 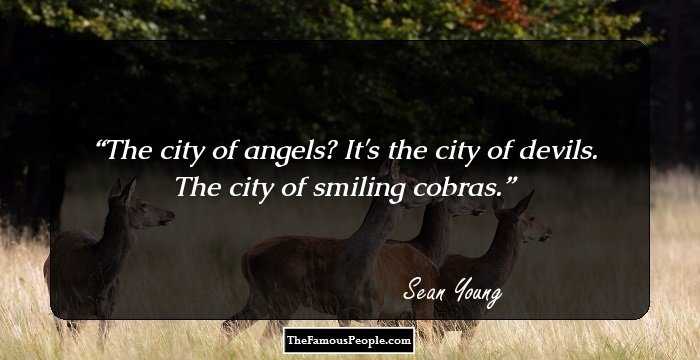 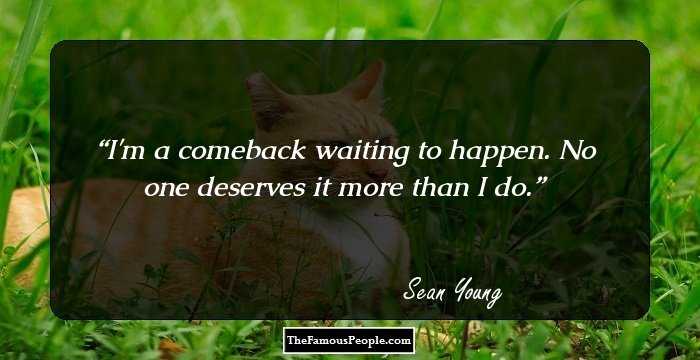 I'm a comeback waiting to happen. No one deserves it more than I do.

If somebody says to me, 'Oh, you're gonna get married and you'll never be attracted to anybody else again,' I'm like, right, sure. It's just not practical to me on an emotional level. Just because I'm married, I'm not dead.

You Me Never
Sean Young

If you're hit with a lawsuit that's untrue and the reasons you're hit with it aren't clear to you, there's a very big inclination on people's part to want to take responsibility for it - that this must be happening because I'm a terrible person, I did something, and I'm getting repaid for it.