Famous As: 5th President of Iraq (1979-2003)
Born On: April 28, 1937
Died On: December 30, 2006
Born In: Al Awja, Iraq
Died At Age: 69
Saddam Hussein was a member of the revolutionary âArab Socialist Baâath Party,â and served as the President of Iraq from 1979 to 2003. He is considered to have played a leading role in regime change that brought the party authority in Iraq in 1968. He earned a lot of praise for his success in settling the religious unrest that prevailed in the country. However, it is also said that Iraq has had its best as well as worst times under him. Read through the collection of sayings and quotes by Saddam Hussein, which have been gathered from his speeches, thoughts, populace utterances, interviews and life. Let us browse through the interesting quotes and thoughts by Saddam Hussein.
Listed In:
Criminals
Leaders 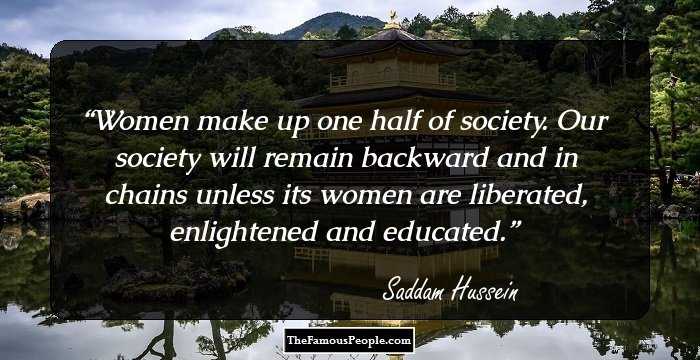 Women make up one half of society. Our society will remain backward and in chains unless its women are liberated, enlightened and educated. 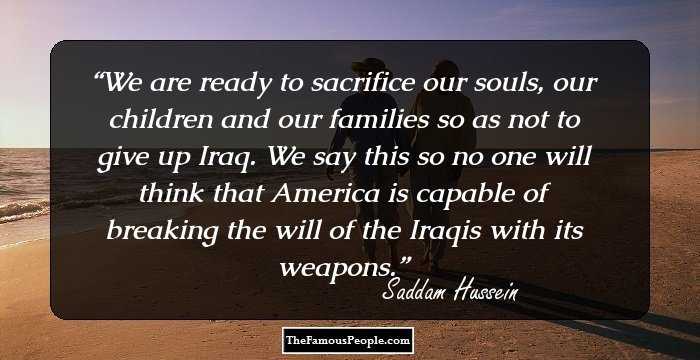 We are ready to sacrifice our souls, our children and our families so as not to give up Iraq. We say this so no one will think that America is capable of breaking the will of the Iraqis with its weapons. 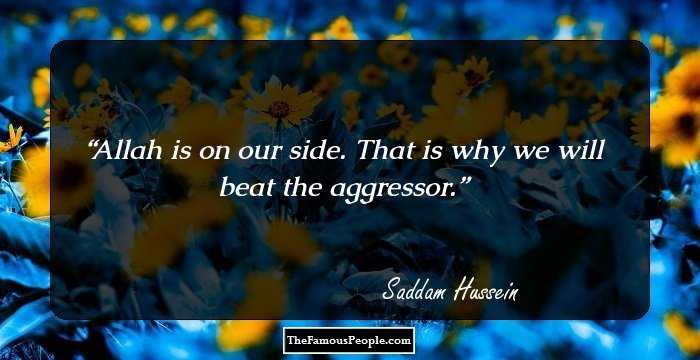 Allah is on our side. That is why we will beat the aggressor. 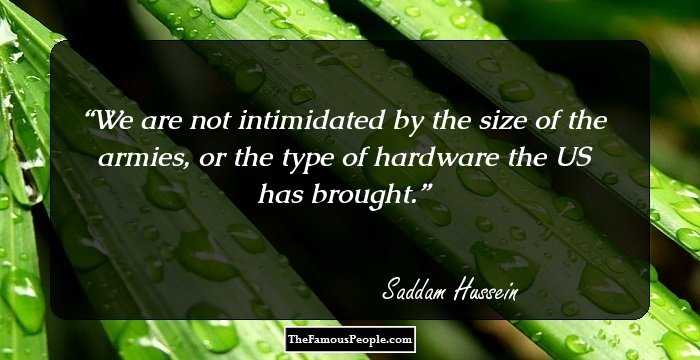 We are not intimidated by the size of the armies, or the type of hardware the US has brought. 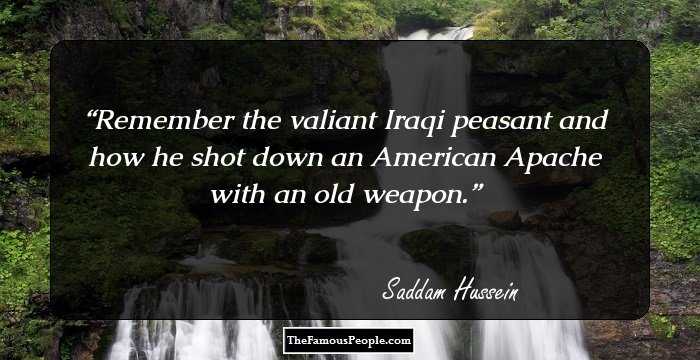 Remember the valiant Iraqi peasant and how he shot down an American Apache with an old weapon. 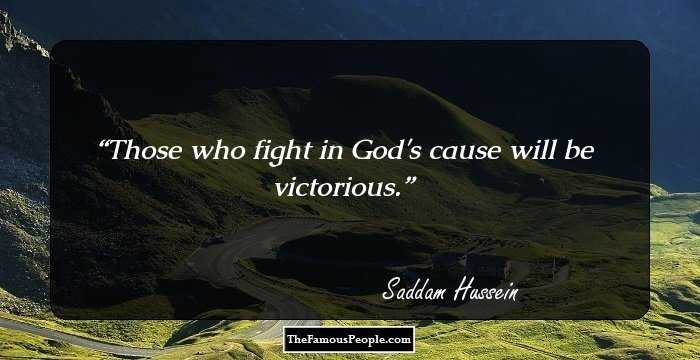 Those who fight in God's cause will be victorious. 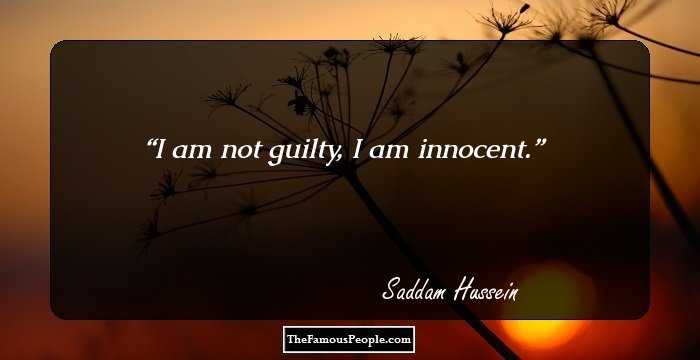 I am not guilty, I am innocent. 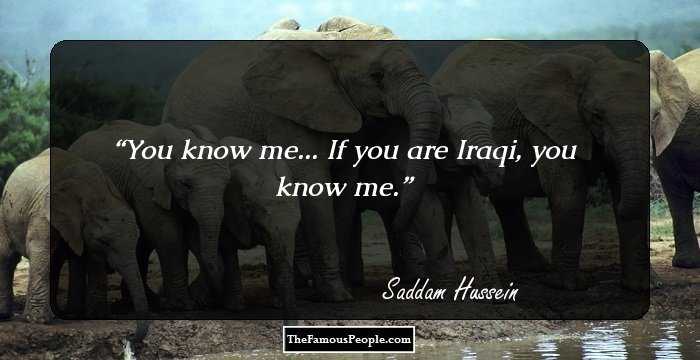 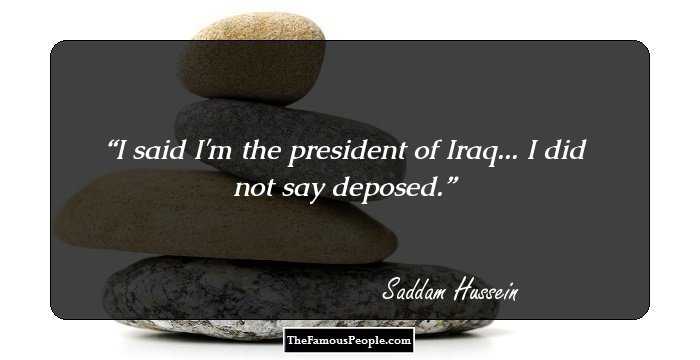 I said I'm the president of Iraq... I did not say deposed. 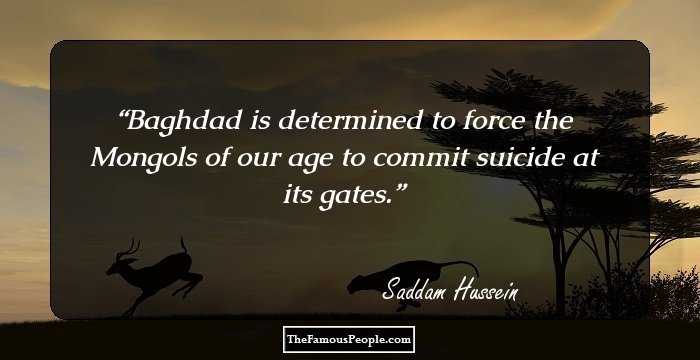 Baghdad is determined to force the Mongols of our age to commit suicide at its gates. 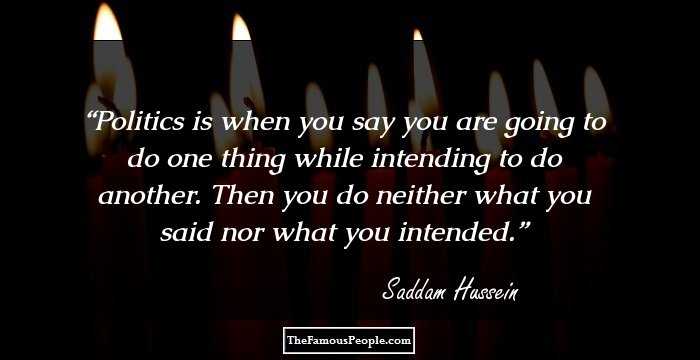 Politics is when you say you are going to do one thing while intending to do another. Then you do neither what you said nor what you intended. 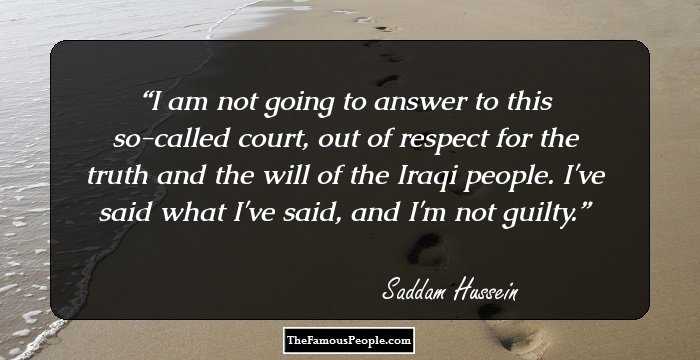 I am not going to answer to this so-called court, out of respect for the truth and the will of the Iraqi people. I've said what I've said, and I'm not guilty. 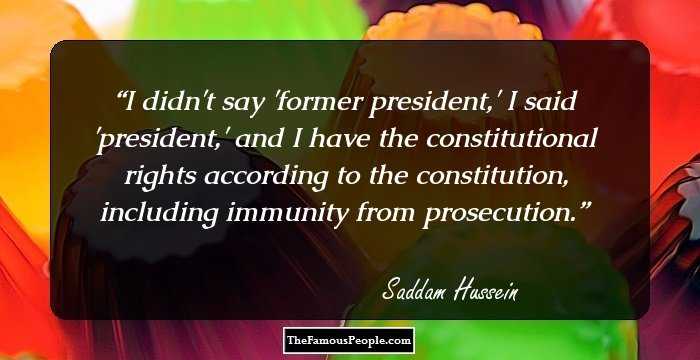 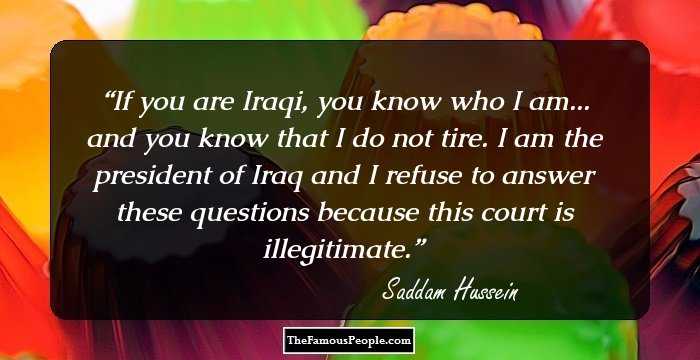 If you are Iraqi, you know who I am... and you know that I do not tire. I am the president of Iraq and I refuse to answer these questions because this court is illegitimate. 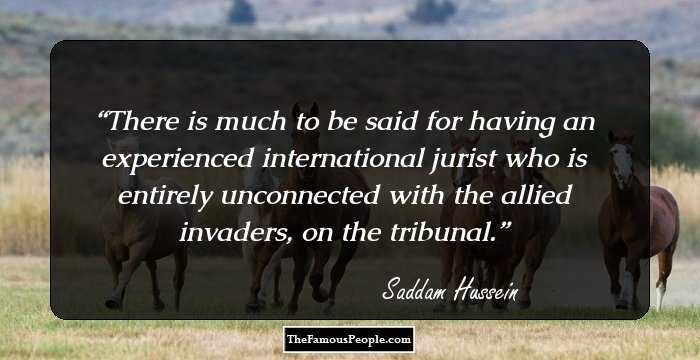 There is much to be said for having an experienced international jurist who is entirely unconnected with the allied invaders, on the tribunal. 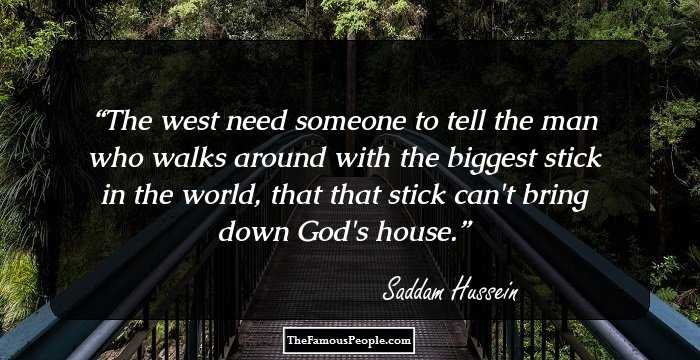 The west need someone to tell the man who walks around with the biggest stick in the world, that that stick can`t bring down God`s house. 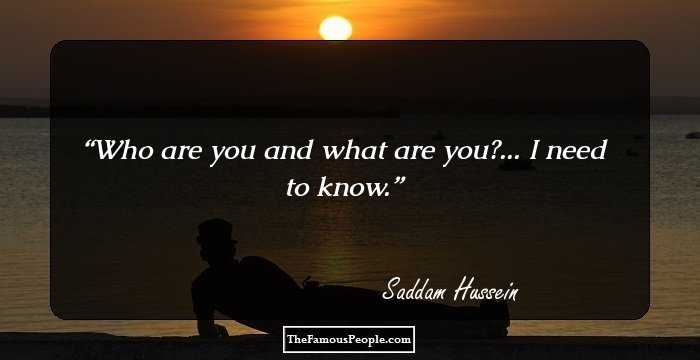 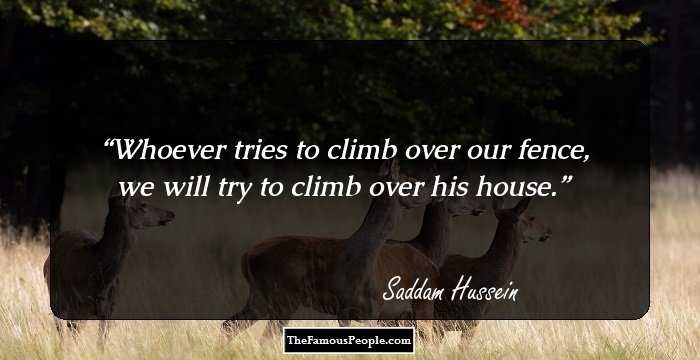 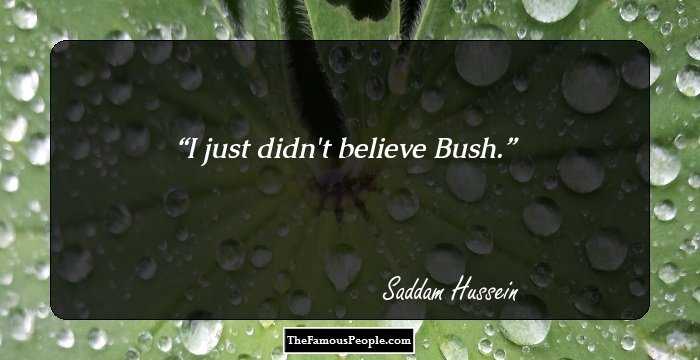