Famous As: Actress Best Known for Her Films: 'The Girl with the Dragon Tattoo' and 'Carol'
Born On: April 17, 1985
Born In: Bedford, New York, United States
Age: 37 Years
Rooney Mara is an eminent American actress. She began her career by appearing in independent films and television. She hogged the limelight for her role in âThe Social Network.â Rooney bagged in an âAcademy Awardâ nomination for her performance in âThe Girl with the Dragon Tattoo.â For her supporting role in âCarol,â she earned the âCannes Film Festival Award,â and also bagged in an âAcademy Awardâ nomination. Some of her other noteworthy works include âTanner Hall,â âHer,â âMary Magdalene,â âSide Effects,â âA Ghost Story,â and various others. Following is a corpus of popular quotes by Rooney Mara on character, comedy, friends, audience, movies, world, life, sports, life, films, etc.
Listed In:
Film & Theater Personalities
Actresses 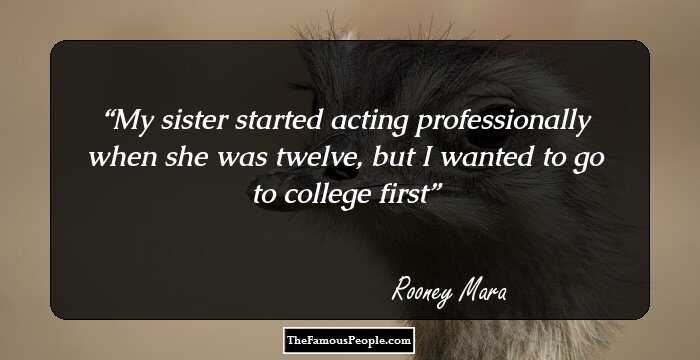 My sister started acting professionally when she was twelve, but I wanted to go to college first 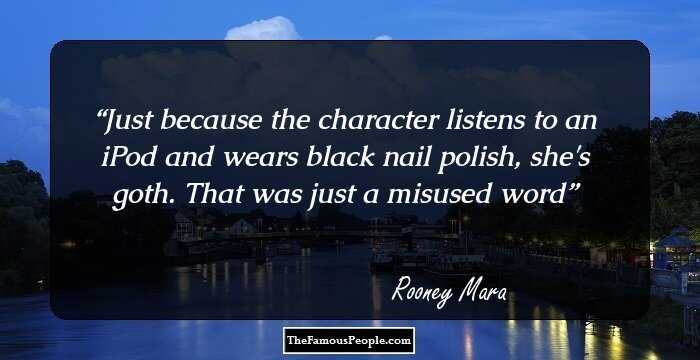 Just because the character listens to an iPod and wears black nail polish, she's goth. That was just a misused word 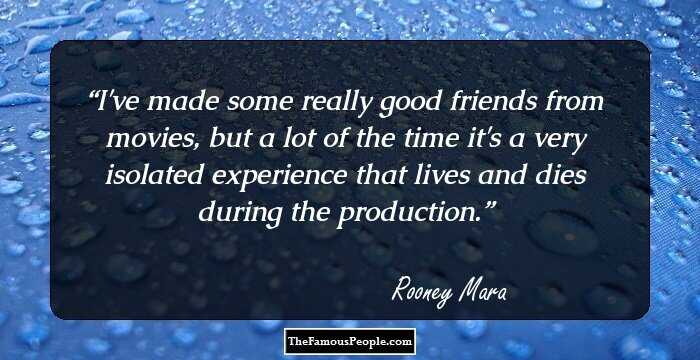 I've made some really good friends from movies, but a lot of the time it's a very isolated experience that lives and dies during the production. 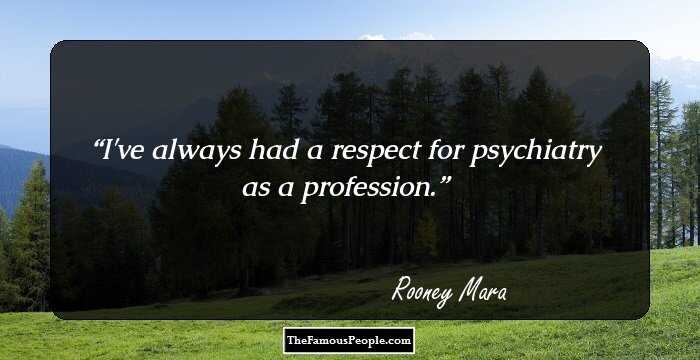 I've always had a respect for psychiatry as a profession. 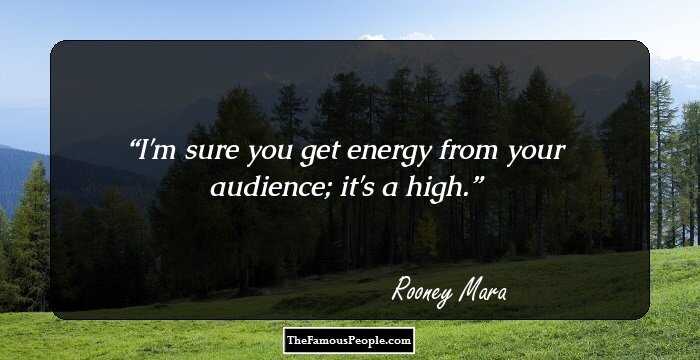 I'm sure you get energy from your audience; it's a high. 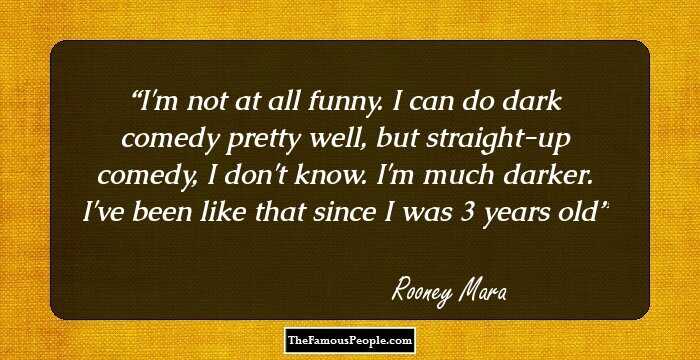 I'm not at all funny. I can do dark comedy pretty well, but straight-up comedy, I don't know. I'm much darker. I've been like that since I was 3 years old 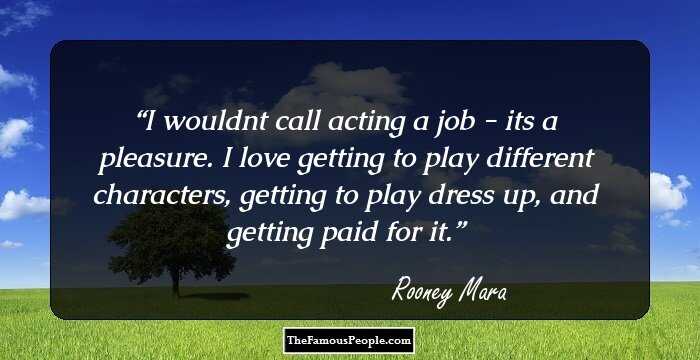 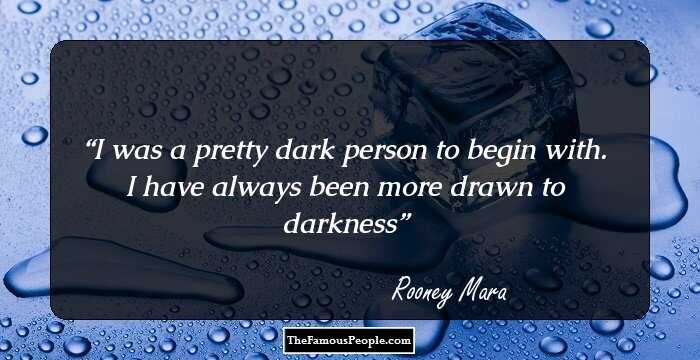 I was a pretty dark person to begin with. I have always been more drawn to darkness 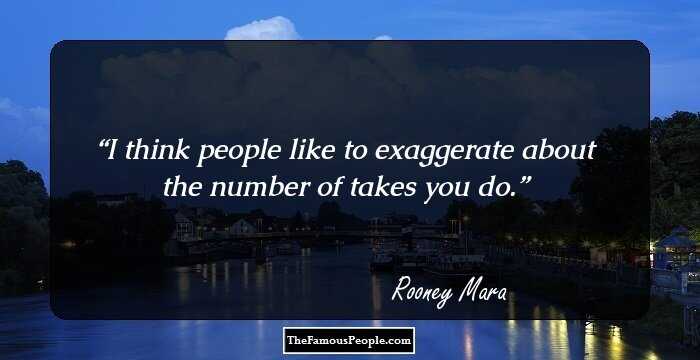 I think people like to exaggerate about the number of takes you do. 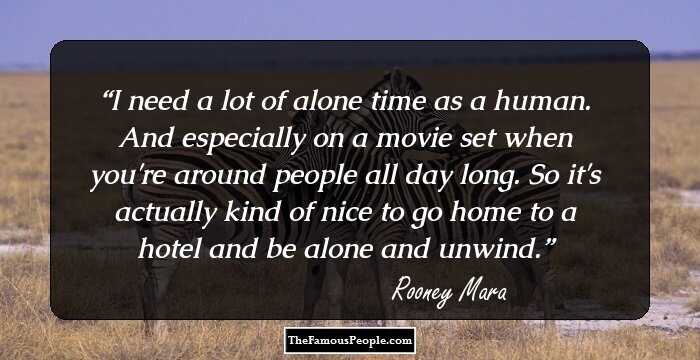 I need a lot of alone time as a human. And especially on a movie set when you're around people all day long. So it's actually kind of nice to go home to a hotel and be alone and unwind. 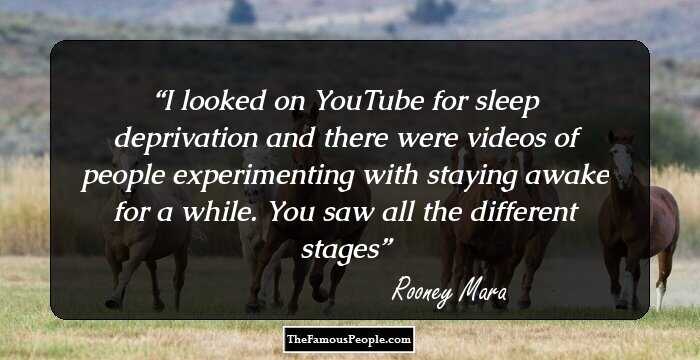 I looked on YouTube for sleep deprivation and there were videos of people experimenting with staying awake for a while. You saw all the different stages 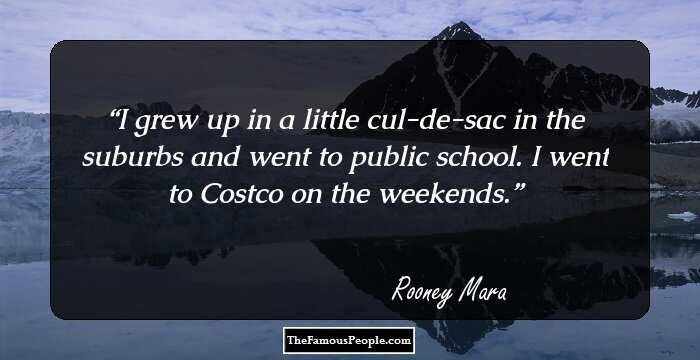 I grew up in a little cul-de-sac in the suburbs and went to public school. I went to Costco on the weekends. 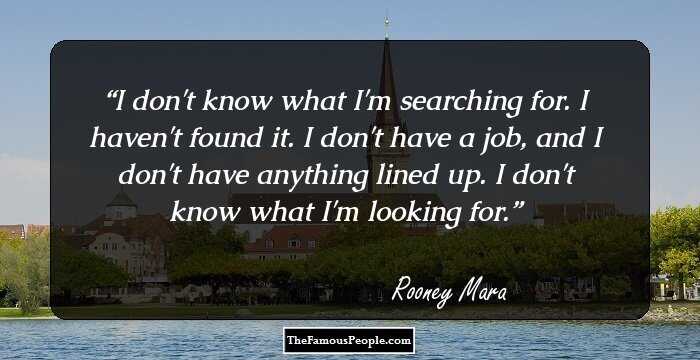 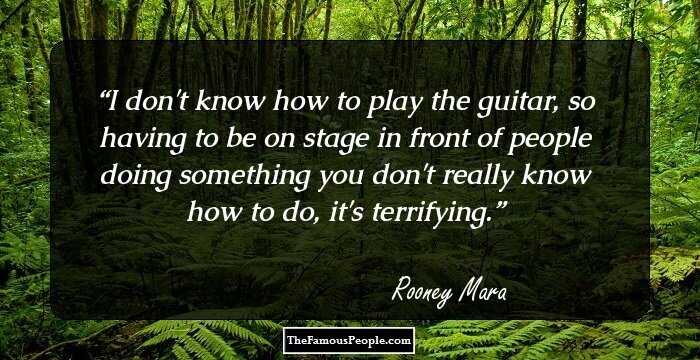 I don't know how to play the guitar, so having to be on stage in front of people doing something you don't really know how to do, it's terrifying. 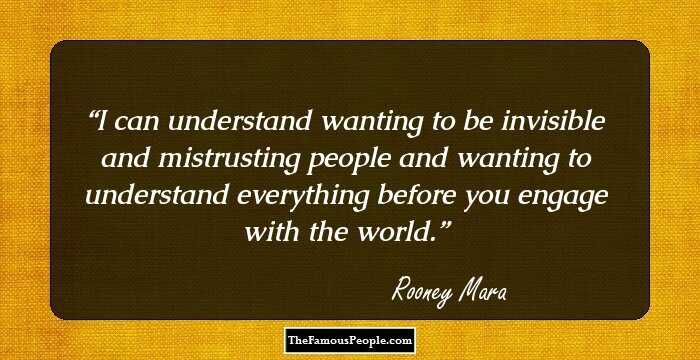 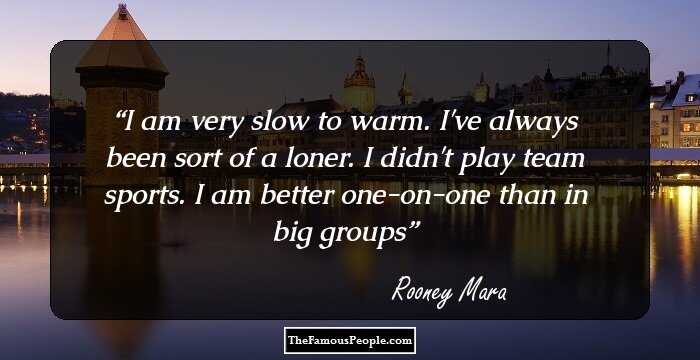 I am very slow to warm. I've always been sort of a loner. I didn't play team sports. I am better one-on-one than in big groups 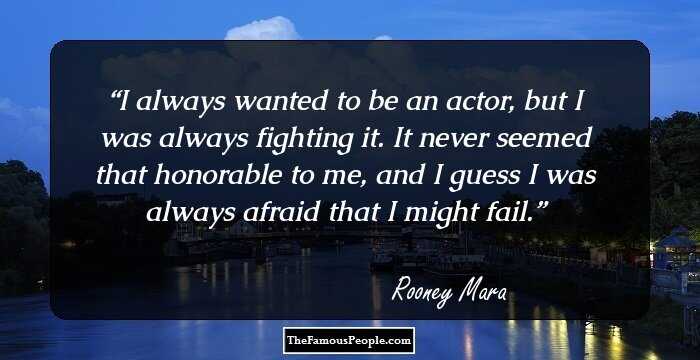 I always wanted to be an actor, but I was always fighting it. It never seemed that honorable to me, and I guess I was always afraid that I might fail. 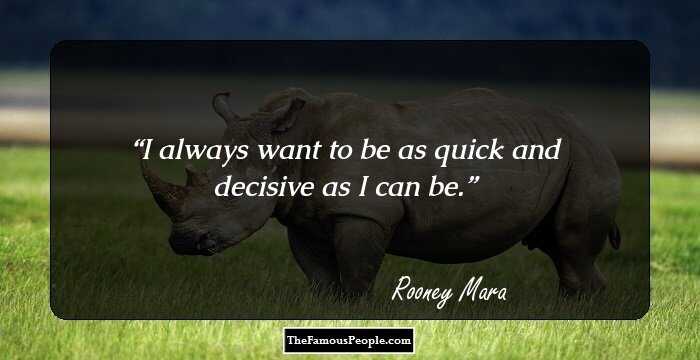 I always want to be as quick and decisive as I can be. 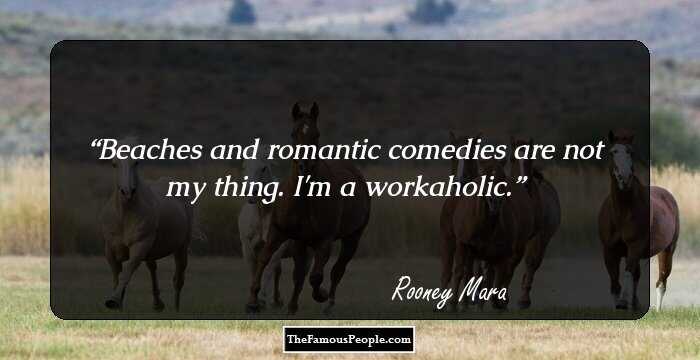 Beaches and romantic comedies are not my thing. I'm a workaholic. 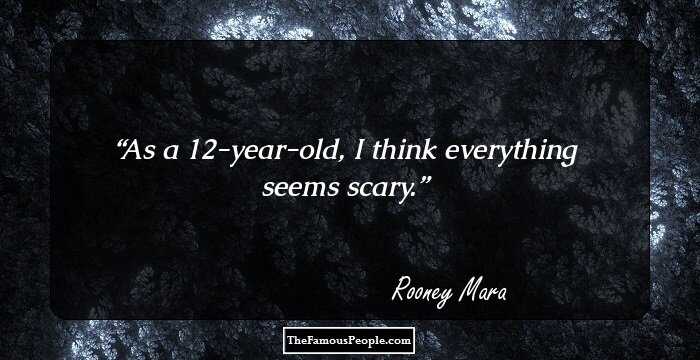 As a 12-year-old, I think everything seems scary.

I pierced one nipple. Not both. Just one. She has it in the books and I wanted to get as many of the piercings as I could, and I spent so much time on this film naked, and I just had to be really comfortable with that right away . . . I'm gonna keep it for now. I don't want to have to repierce that should we do the other two films.

I've been trying to really live in the moment because I will never get this part of it back. As soon as the movie comes out, everyone will turn it into what they believe it is, so I've really been trying to appreciate every minute of now. Because I know what's coming

If the character should be nude in the scene and it makes sense and I trust the person making the film then I don't see a problem with it. I certainly don't want to be involved in anything that is gratuitous, but I don't think the human body is something to be ashamed of. Every other person on the planet has the same parts as I do.

If there is one thing about my family that I do identify with, it is that everyone is extremely hardworking. Also, the people whom I grew up with all did things they really loved. And I think thatâs an important lesson.

On stage, there are hundreds of people watching you. It's so much energy directed at you. I pick up energy really easily. Even if I go to the grocery store and no one is paying attention to me, I can pick up other people's moods and it's really intense.