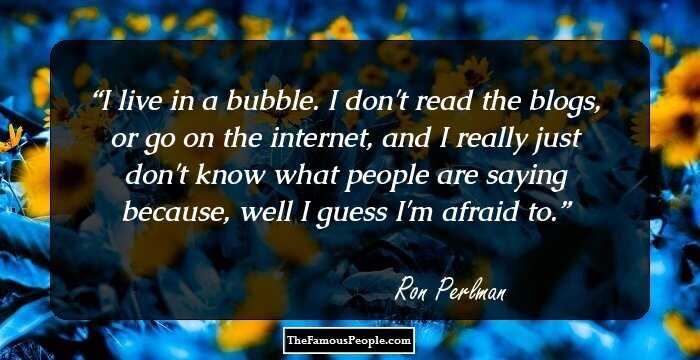 I live in a bubble. I don't read the blogs, or go on the internet, and I really just don't know what people are saying because, well I guess I'm afraid to. 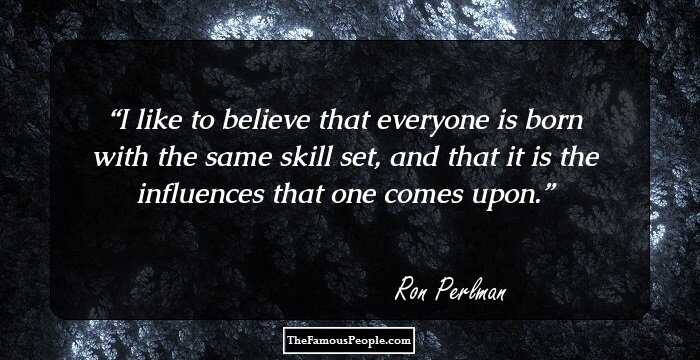 I like to believe that everyone is born with the same skill set, and that it is the influences that one comes upon. 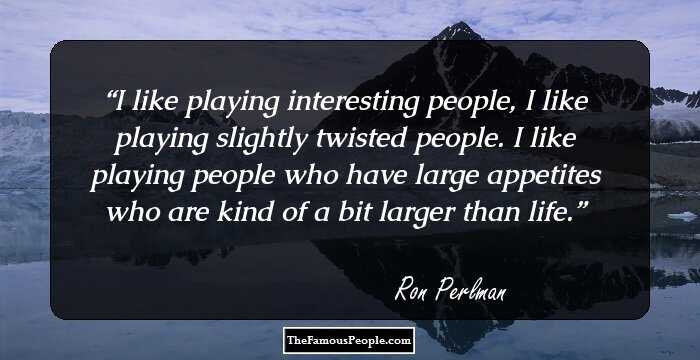 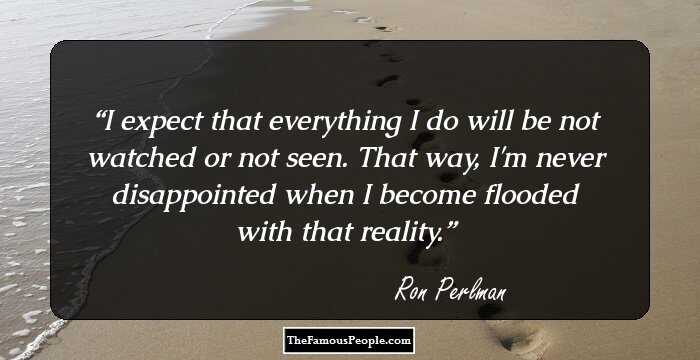 I expect that everything I do will be not watched or not seen. That way, I'm never disappointed when I become flooded with that reality. 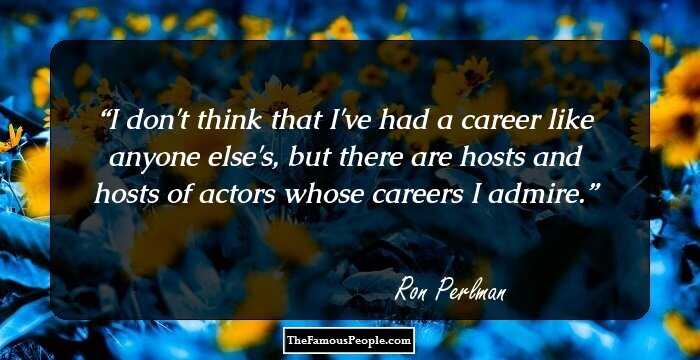 I don't think that I've had a career like anyone else's, but there are hosts and hosts of actors whose careers I admire. 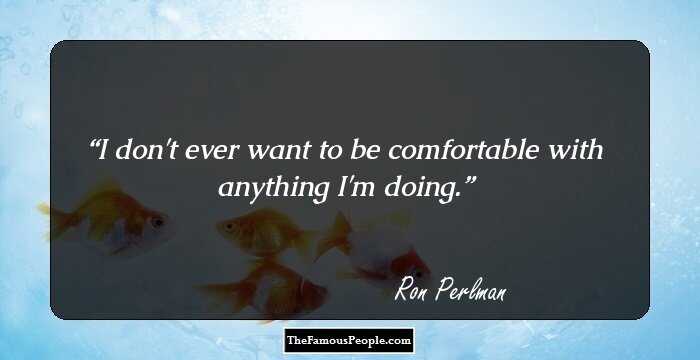 I don't ever want to be comfortable with anything I'm doing. 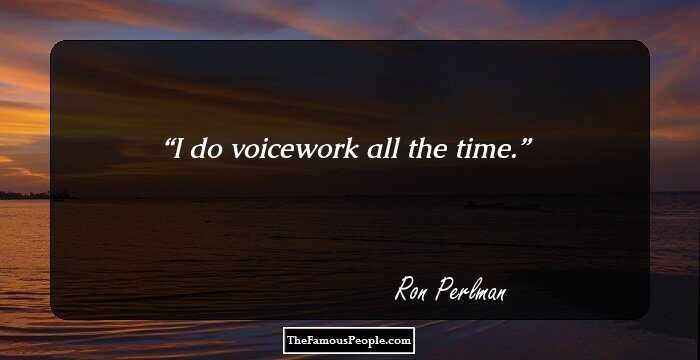 I do voicework all the time. 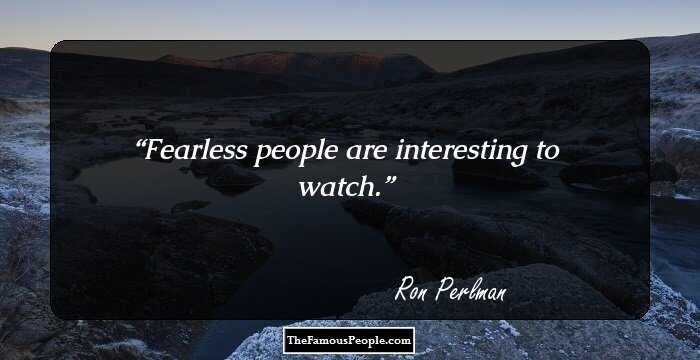 Fearless people are interesting to watch. 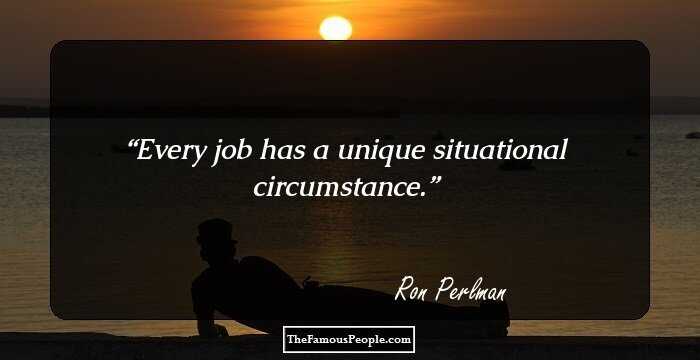 Every job has a unique situational circumstance. 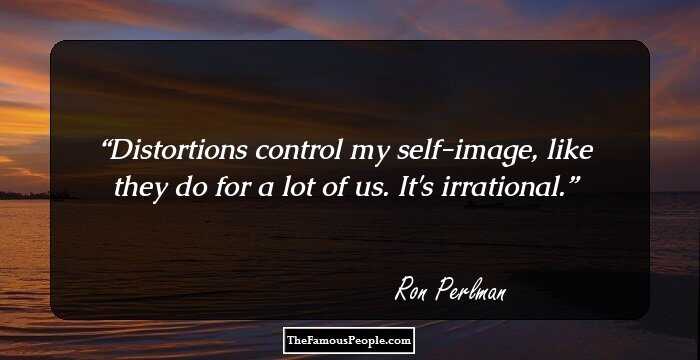 Distortions control my self-image, like they do for a lot of us. It's irrational. 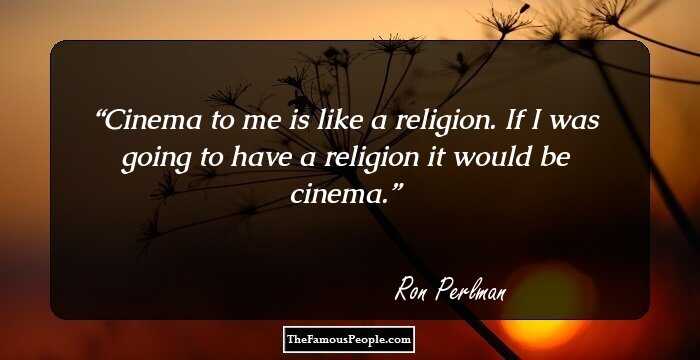 Cinema to me is like a religion. If I was going to have a religion it would be cinema. 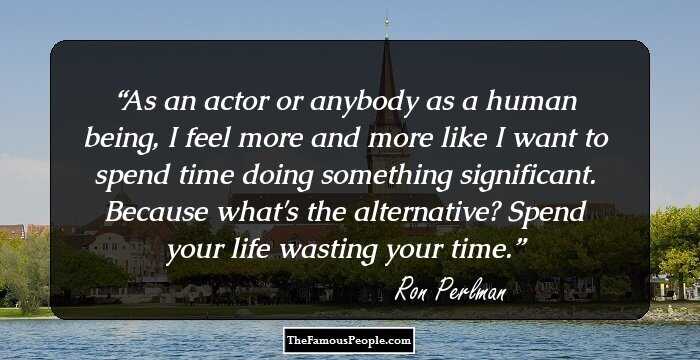 As an actor or anybody as a human being, I feel more and more like I want to spend time doing something significant. Because what's the alternative? Spend your life wasting your time. 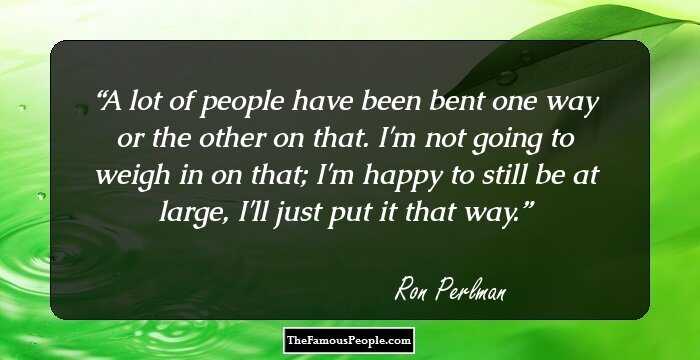 A lot of people have been bent one way or the other on that. I'm not going to weigh in on that; I'm happy to still be at large, I'll just put it that way. 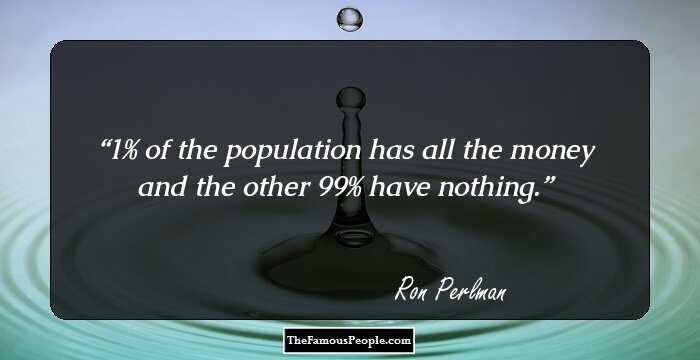 1% of the population has all the money and the other 99% have nothing.

Almost all of your life is lived by the seat of your pants, one unexpected event crashing into another, with no pattern or reason, and then you finally reach a point, around my age, where you spend more time than ever looking back. Why did this happen? Look where that led? You see the shape of things.

Each character represents a different color on the big palette of what this ultimate painting is going to look like, who your guy is, and just try to be as honest and simple and real as you can possibly be. The outer trappings are incidental - costumes, period, makeup - all of that is rather insignificant at the end of the day.

Guys who are larger than life and theatrical and deliciously unpredictable - they're far more interesting than the good guys most of the time. They have these psychological layers that an audience can really cling on to, become fascinated with, much more so than these true-blue, one-dimensional, square-jawed good guys.

I had an opportunity to be in Frank's [Sinatra] circle, but I couldn't take advantage of it because I couldn't get over how awed I was by him. It was so uncomfortable for me because he meant so much to me, but I just couldn't be myself, so I fled rather than having those great nights hanging out.

I just think that there are those people that their resolve is strengthened by what it is that's keeping them down, and there are some people that will buckle under it. You never know which one is which until you get into the eighth or ninth round of the fight.

I like doing voiceover work. I just like it in general, because you're constantly working on a very first-instinct level. You show up, you get in front of the microphone, you look at the lines, you say the lines, and then you move on. You work on a really primal level, is what I'm saying. You don't have to shave. You don't even have to wear pants. But, uh, that wasn't your question.

I like to believe that everyone is born with the same skill set, and that it is the influences that one comes upon. What he hungers for is definitely going to be affected by what he got or didn't get in those years when he was forming his psyche and his values. So I think villains are made.