Romain Rolland was an eminent French art historian, dramatist, essayist, mystic, and novelist. In 1915, he was awarded the âNobel Prize for Literature.â He is renowned for his influence and correspondence with Sigmund Freud. He was also an advocate of Stalin in France. Some of his notable works include âThe Enchanted Soul,â âAu dessus de la melee,â âCelebrity Biography,â âJean-Christophe,â âThe Life of Tolstoy,â Colas Breugnon,â âPierre et Luce,â and various others. We have gathered some popular quotes by Romain Rolland, which has been excerpted from his poems, books, essays, writings, and novels. Zoom through the corpus of quotes by Romain Rolland on Beethoven, Gandhi, India, heroism, Hinduism, Antoinette, impossible, courage, positive, passion, dream, genius, etc. 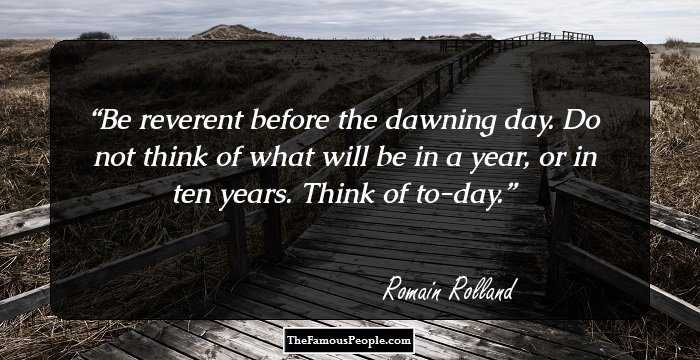 Be reverent before the dawning day. Do not think of what will be in a year, or in ten years. Think of to-day. 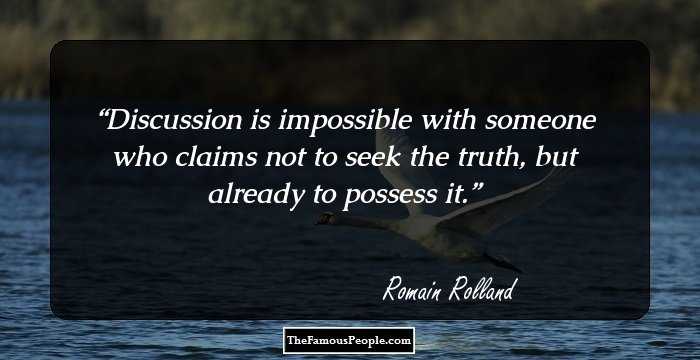 Discussion is impossible with someone who claims not to seek the truth, but already to possess it. 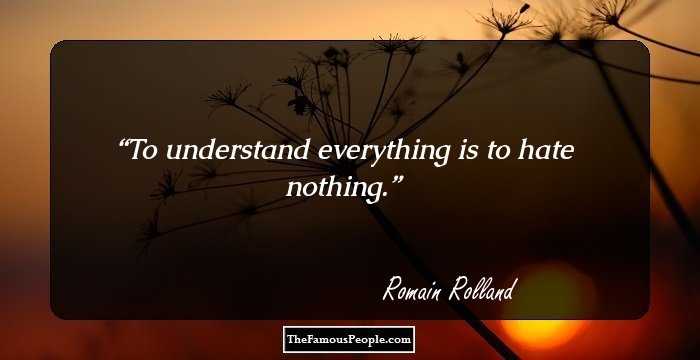 To understand everything is to hate nothing. 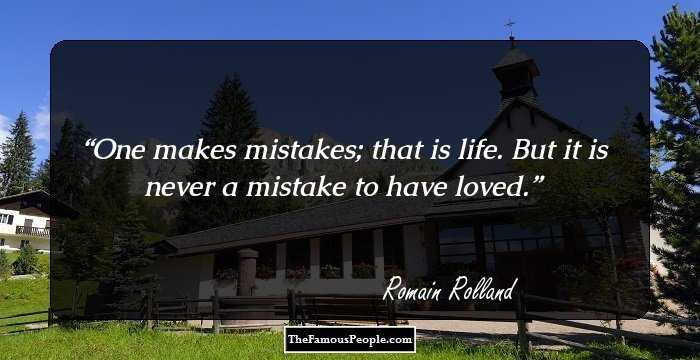 One makes mistakes; that is life. But it is never a mistake to have loved. 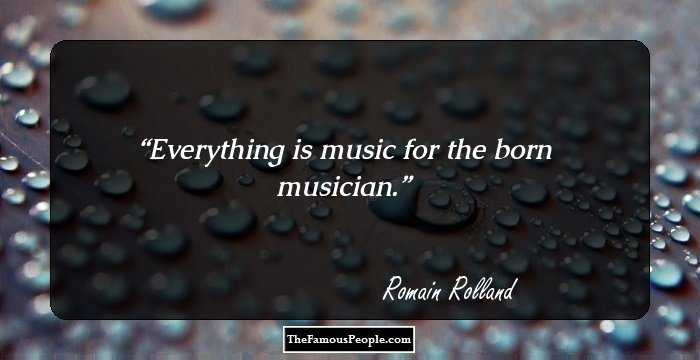 Everything is music for the born musician. 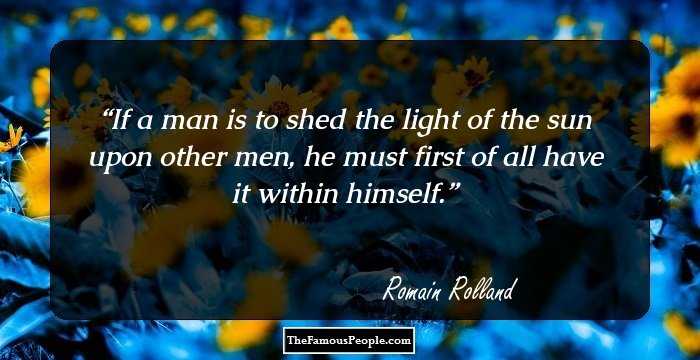 If a man is to shed the light of the sun upon other men, he must first of all have it within himself. 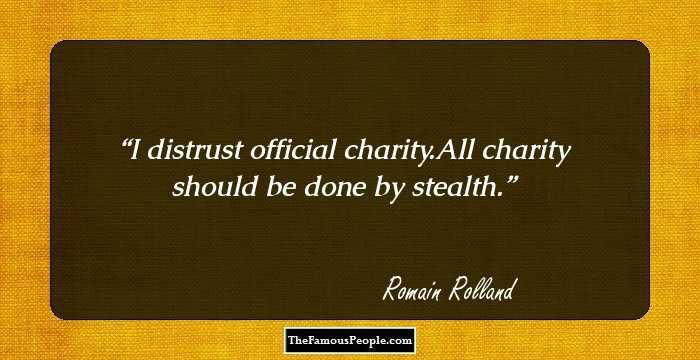 I distrust official charity.All charity should be done by stealth. 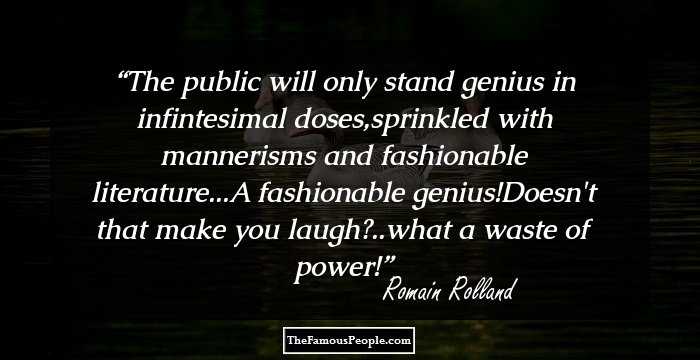 You Will
Romain Rolland 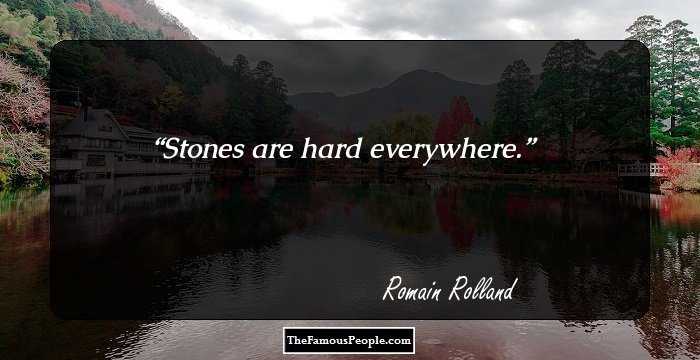 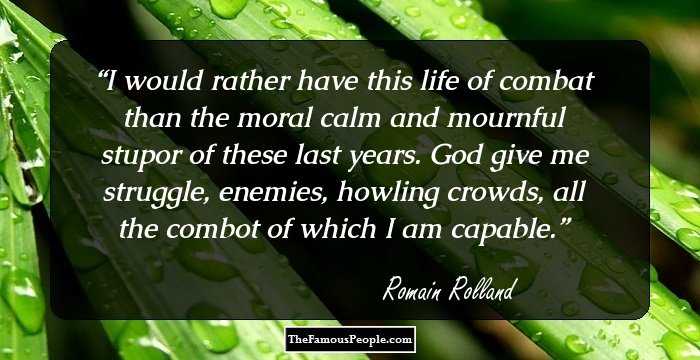 I would rather have this life of combat than the moral calm and mournful stupor of these last years. God give me struggle, enemies, howling crowds, all the combot of which I am capable.

Life Me God I
Romain Rolland 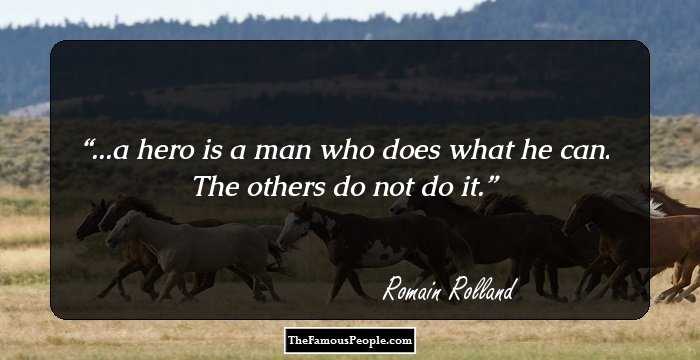 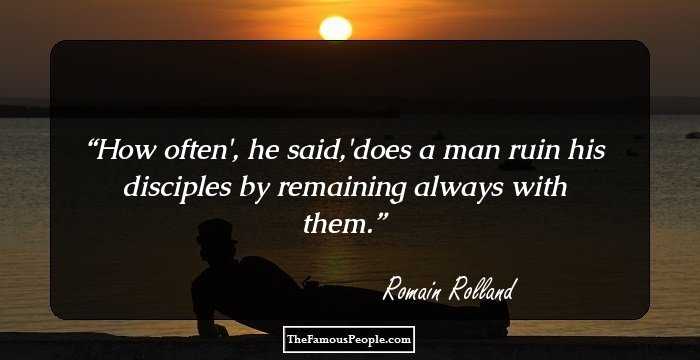 How often', he said,'does a man ruin his disciples by remaining always with them. 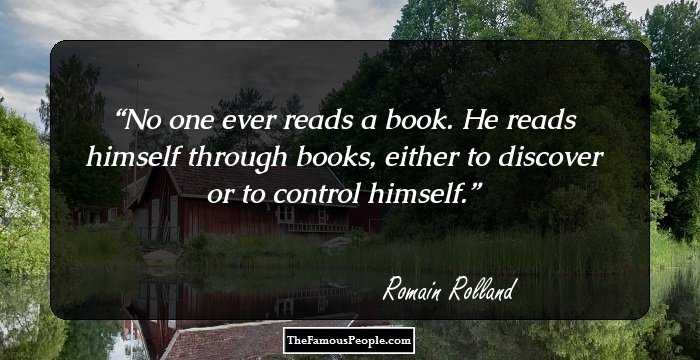 No one ever reads a book. He reads himself through books, either to discover or to control himself. 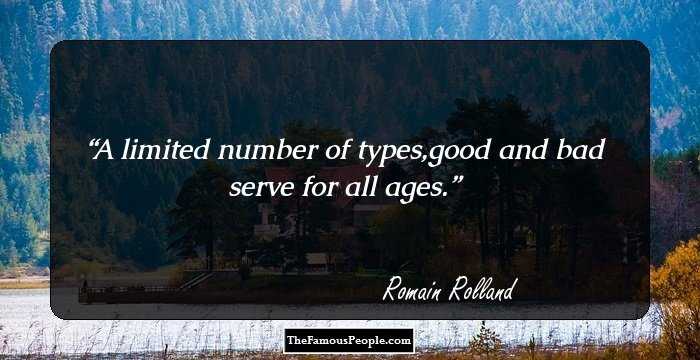 A limited number of types,good and bad serve for all ages. 100 Inspiring Quotes By Thomas Merton On Love And Spirituality