Famous As: Photographer
Born On: November 9, 1924
Died On: September 9, 2019
Born In: ZÃ¼rich, Switzerland
Founder / Co Founder: Andrea Frank Foundation
Died At Age: 94
Robert Frank was a Swiss photographer and filmmaker, best known for his photographic book âThe Americansâ (1958). The book received a lot of praise for its depiction of post-war America. Frankâs groundbreaking work in the book made him one of the most influential photographers of the 20th century. His other popular books include âThe Lines of My Hand (1972), âOne Hourâ (1992), âStory Linesâ (2004), and âYou Wouldâ (2012). He also directed a few successful documentaries and short films, such as âPull My Daisyâ (1959), âMe and My Brotherâ (1969), âCandy Mountainâ (1987) and âThe Presentâ (1996). His most known documentary till date remains to be âCocksucker Bluesâ (1972). Some of his unsuccessful projects include âRunâ (1989) and âHarry Smith at the Bresline Hotelâ (2018). He also appeared in the hit film âSecond Centuryâ (1999). He continued making films and creating photos until his death in 2019. We have curated some of his quotes from his films, interviews, and general observations.
Listed In:
Film & Theater Personalities
Photographers 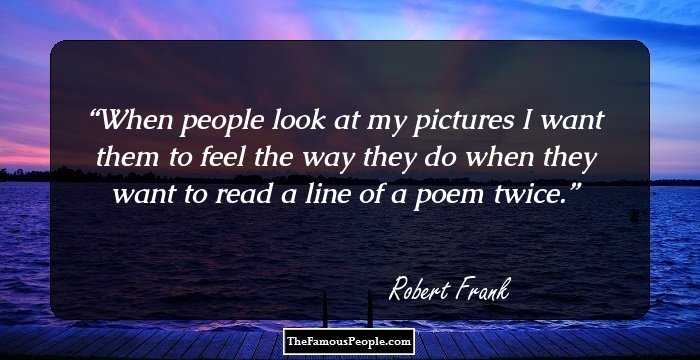 When people look at my pictures I want them to feel the way they do when they want to read a line of a poem twice. 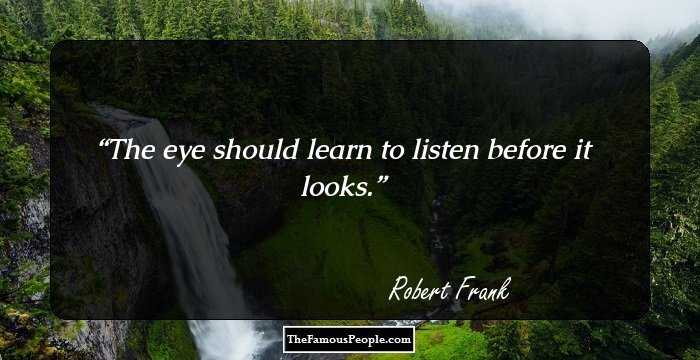 The eye should learn to listen before it looks. 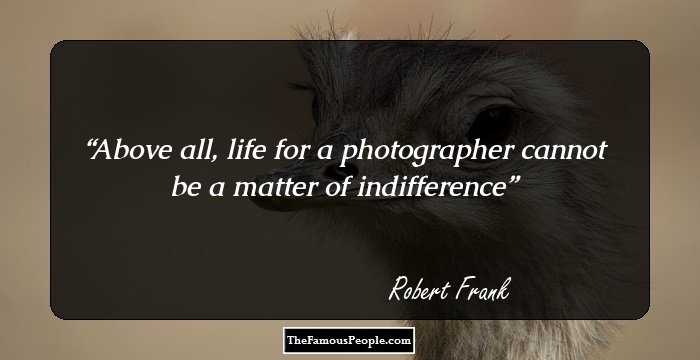 Above all, life for a photographer cannot be a matter of indifference 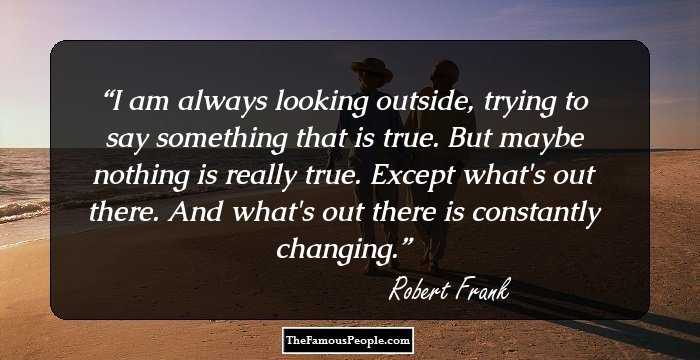 I am always looking outside, trying to say something that is true. But maybe nothing is really true. Except what's out there. And what's out there is constantly changing. 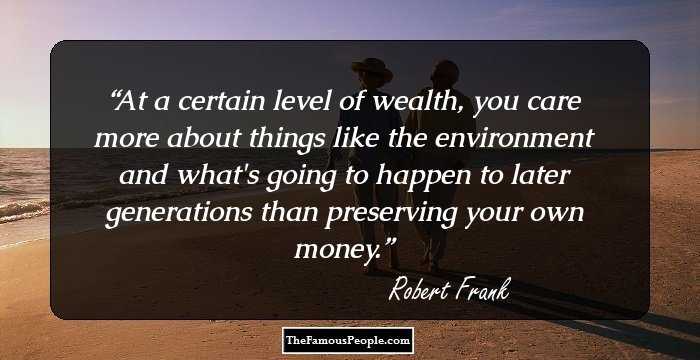 At a certain level of wealth, you care more about things like the environment and what's going to happen to later generations than preserving your own money.