Rob Gronkowski is an eminent American football player. He plays in the âNational Football Leagueâ for âTampa Bay Buccaneers.â He is renowned by the pseudonym âGronk.â He has also been a part of âNew England Patriotsâ for four seasons. He is a four-time âFirst Team All-Pro selection,â a three-time âSuper Bowl champion,â and a five-time âProÂ Â Â Â Â  Bowl selection.â He also made it to the âNFL 100th Anniversary All-Time Team,â and âNFL 2010s All-Decade Team.â He has co-written a memoir, âItâs Good To Be Gronk,â which became a âNew York Times Bestseller.â Following is a collection of popular sayings by Rob Gronkowski on life, football, success, trouble, swimming, hard-work, confidence, baseball, thinking, dance, knowledge, happy, and more. 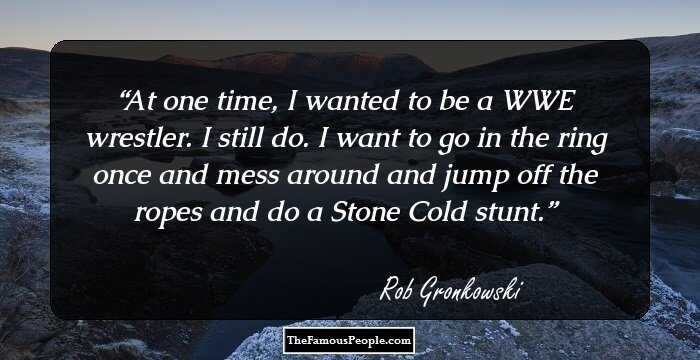 At one time, I wanted to be a WWE wrestler. I still do. I want to go in the ring once and mess around and jump off the ropes and do a Stone Cold stunt. 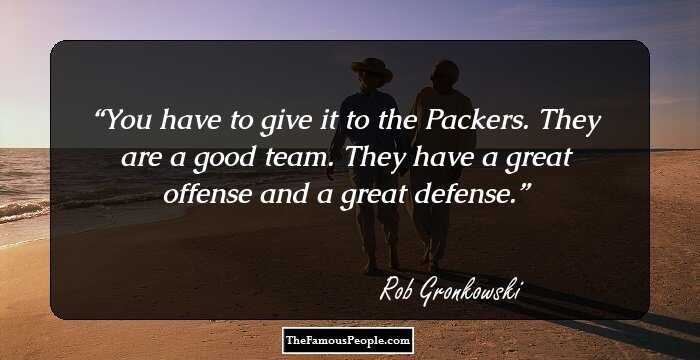 You have to give it to the Packers. They are a good team. They have a great offense and a great defense. 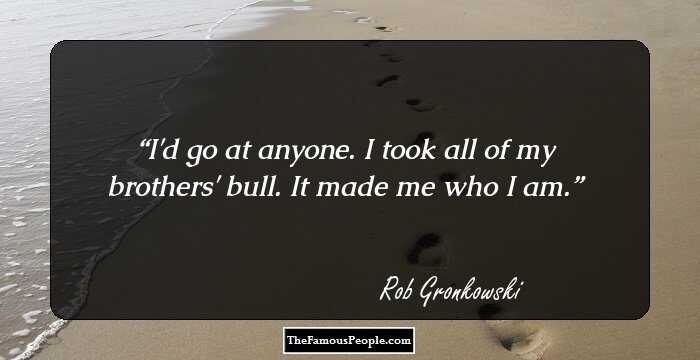 I'd go at anyone. I took all of my brothers' bull. It made me who I am. 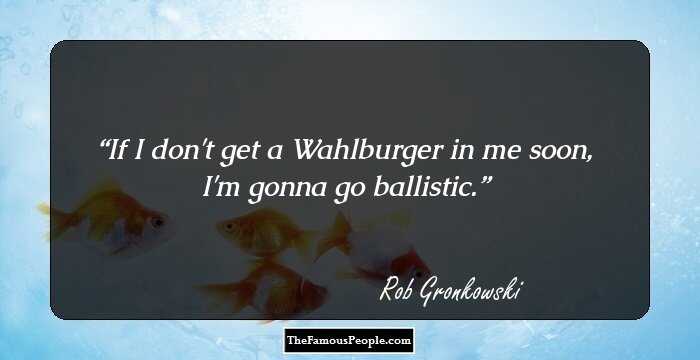 If I don't get a Wahlburger in me soon, I'm gonna go ballistic. 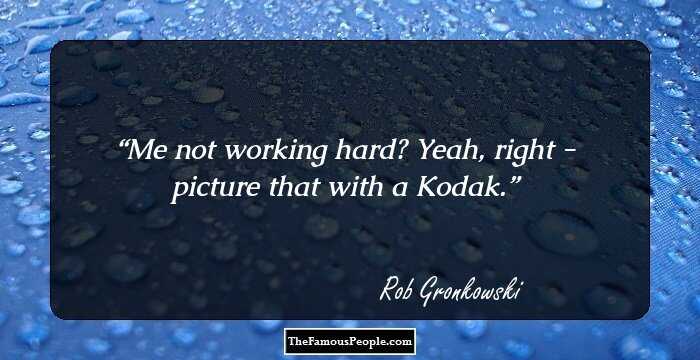 Me not working hard? Yeah, right - picture that with a Kodak.

I mean there's a college kid left in everyone. I bet you, too, if you could go back you would for a night or two, so why not? My brother's still in college, my little brother, so it's always good to go back and get a little glimpse of it and to hang out with him for a weekend or two.

It's cool. You can laugh about it, but at the same time you can't really get caught up in it because you're here for a job and it's to win football games. Being on this team, being with the head coach here and the quarterback we have keeps you humble. It keeps you hard working. You can laugh and giggle about stuff, but then at the same time you've got to make sure you're prepared and practicing hard still.