15 Motivational Richard Henry Dana Jr. Quotes That Will Restore Your Faith In Humanity

Famous As: Lawyer
Born On: August 1, 1815
Died On: January 6, 1882
Born In: Cambridge, Massachusetts, United States
Died At Age: 66
Richard Henry Dana Jr. was a famous American lawyer, author, and politician known for his advocacy of the poor and the oppressed seamen. He joined the Harvard College to pursue his bachelors but had to take a break as measles affected his eyesight. He traveled as a seaman for a couple of years to improve his eyesight. This voyage changed his perspective towards life and he became determined to help the oppressed seamen. He recorded his experiences in his first and most notable book titled âTwo Years Before The Mastâ while studying maritime law at Harvard. He had a great sympathy for the sailors and started helping them legally. He gained recognition as a proponent of downtrodden, freedmen, slaves and seamen. He further helped the sailors by jotting down all their legal rights in a book titled âThe Seamanâs Friendâ. He also joined a movement to eradicate slavery and gained a reputation as a reliable revolutionary. He also served as an attorney of the United States and moved further to serve as a council member. We have excerpted some of the notable quotations and thoughts by the champion of downtrodden and seamen. Go through the compilation of sayings and quotes by Richard Henry Dana Jr. that will reinstitute your faith in compassion.
Listed In:
Leaders
Lawyers & Judges 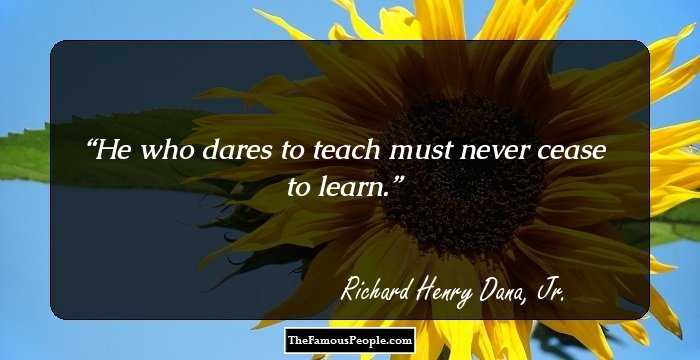 He who dares to teach must never cease to learn. 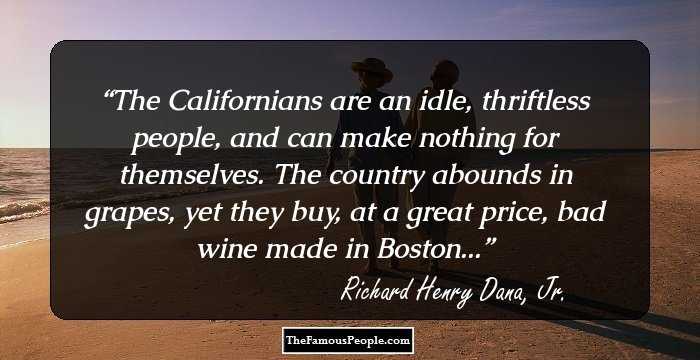 The Californians are an idle, thriftless people, and can make nothing for themselves. The country abounds in grapes, yet they buy, at a great price, bad wine made in Boston... 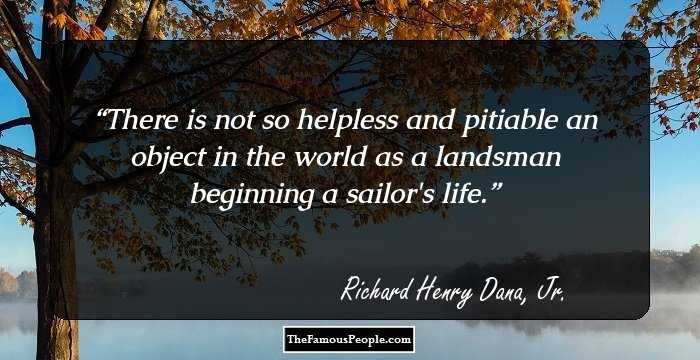 There is not so helpless and pitiable an object in the world as a landsman beginning a sailor's life. 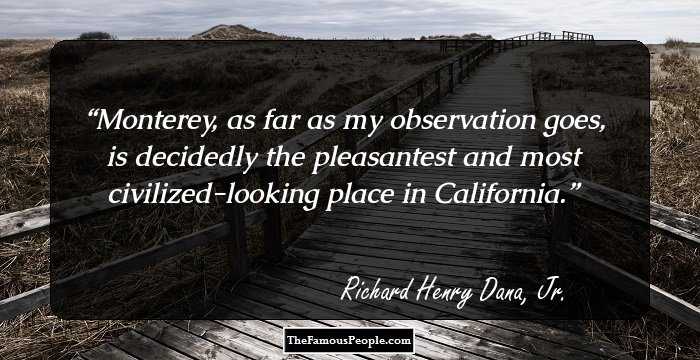 Monterey, as far as my observation goes, is decidedly the pleasantest and most civilized-looking place in California. 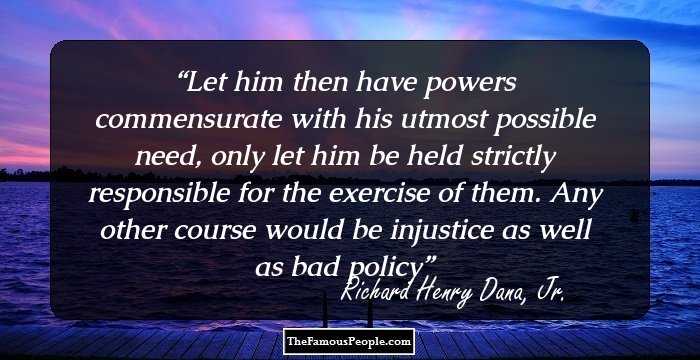 Let him then have powers commensurate with his utmost possible need, only let him be held strictly responsible for the exercise of them. Any other course would be injustice as well as bad policy 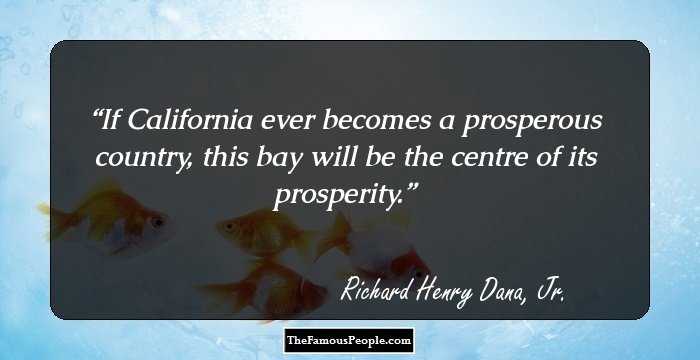 If California ever becomes a prosperous country, this bay will be the centre of its prosperity. 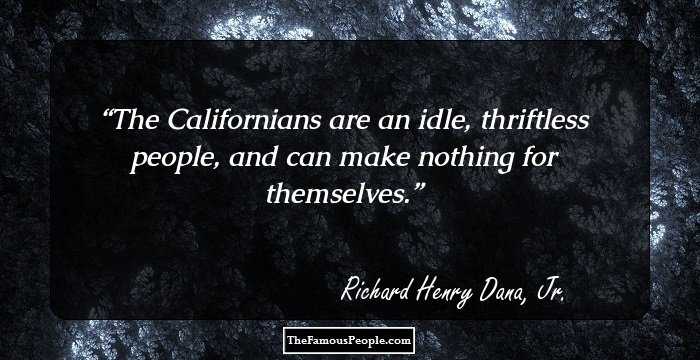 The Californians are an idle, thriftless people, and can make nothing for themselves. 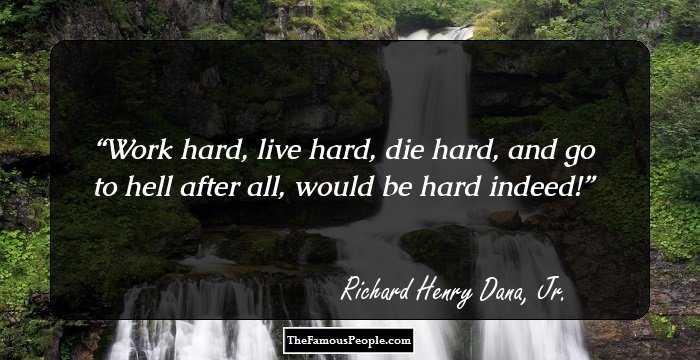 Work hard, live hard, die hard, and go to hell after all, would be hard indeed! 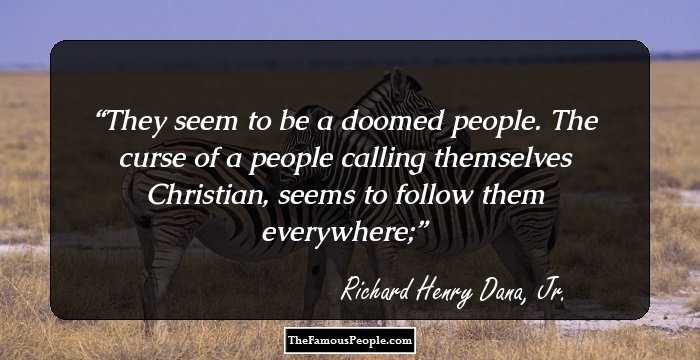 They seem to be a doomed people. The curse of a people calling themselves Christian, seems to follow them everywhere; 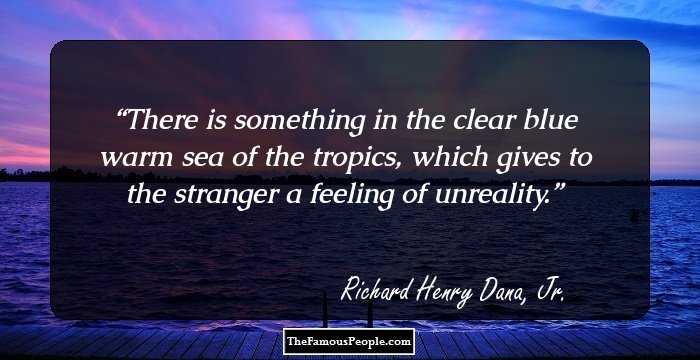 There is something in the clear blue warm sea of the tropics, which gives to the stranger a feeling of unreality. 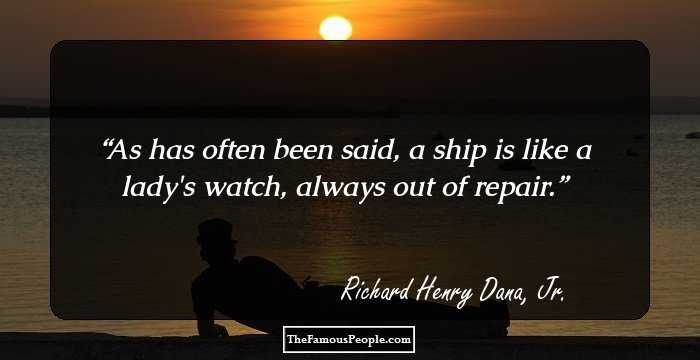 As has often been said, a ship is like a lady's watch, always out of repair. 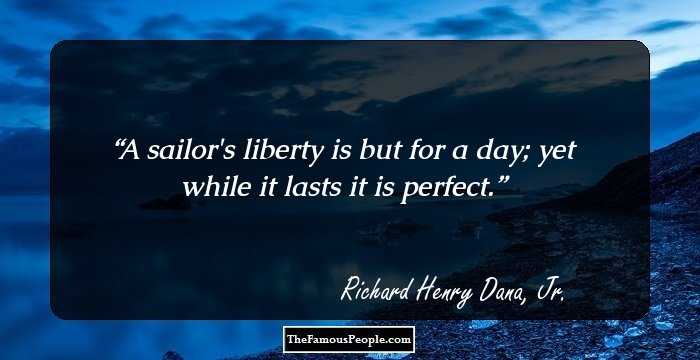 A sailor's liberty is but for a day; yet while it lasts it is perfect. 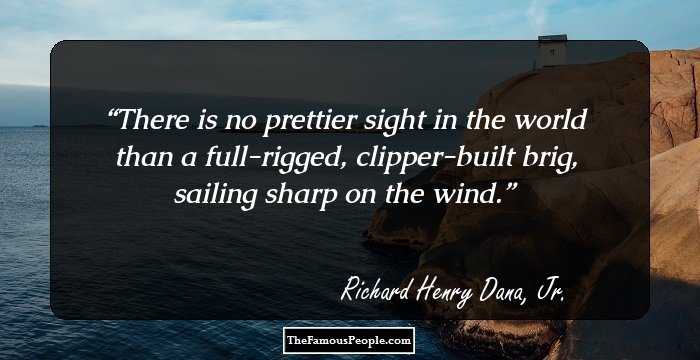 There is no prettier sight in the world than a full-rigged, clipper-built brig, sailing sharp on the wind. 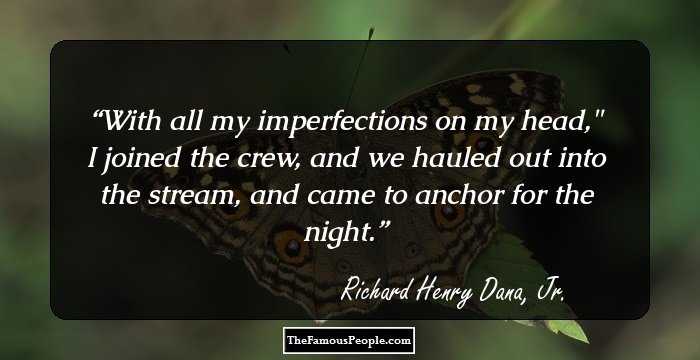 With all my imperfections on my head," I joined the crew, and we hauled out into the stream, and came to anchor for the night. 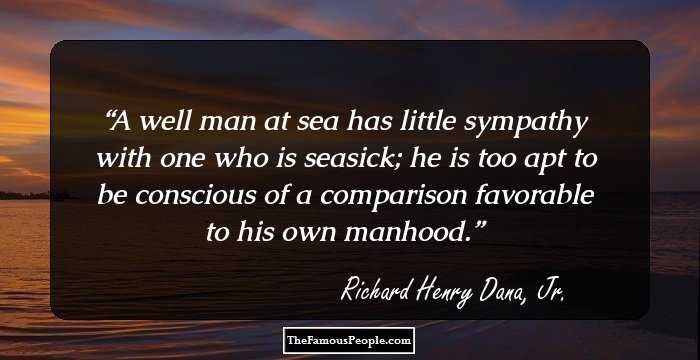 A well man at sea has little sympathy with one who is seasick; he is too apt to be conscious of a comparison favorable to his own manhood.