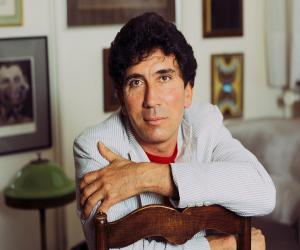 Reinaldo Arenas was a famous Cuban poet, playwright and novelist, noted for his prolific works âPentagoniaâ and âBefore Night Fallsâ. These controversial novels were banned and confiscated by the Cuban government because it unraveled the darkest secrets of the country. Pentagonia was a five volume book series registering the atrocities committed by the Cuban government on its citizens. Despite stating the hardships, he also inculcated absurd satirical humor into his prose narratives. This was followed by âBefore Night Fallsâ, which was an autobiography by Arenas written during his detention in prison. His autobiography went on to be featured in the New York Times list of the ten best books of the year in 1993. âBefore Night Fallsâ also found its way into theatre in form of several musical and cinematic adaptations. Arenas explicitly related his own struggles with the fate of the protagonists in his tales. We have curated Arenasâ most notable quotes from his books, writings, interviews etc. Here some of the most mind-boggling quotes from this brave Cuban writer, highlighting his thoughts and sayings. 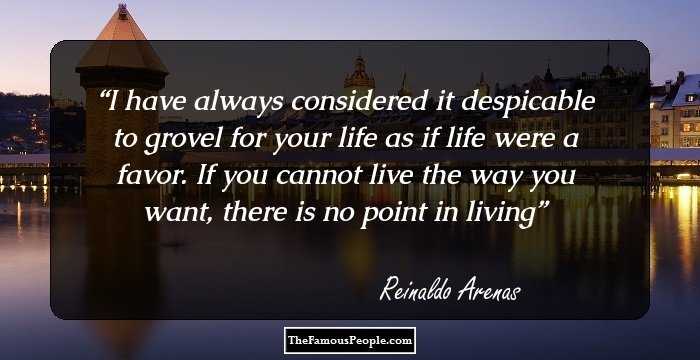 I have always considered it despicable to grovel for your life as if life were a favor. If you cannot live the way you want, there is no point in living

You Life Living I
Reinaldo Arenas 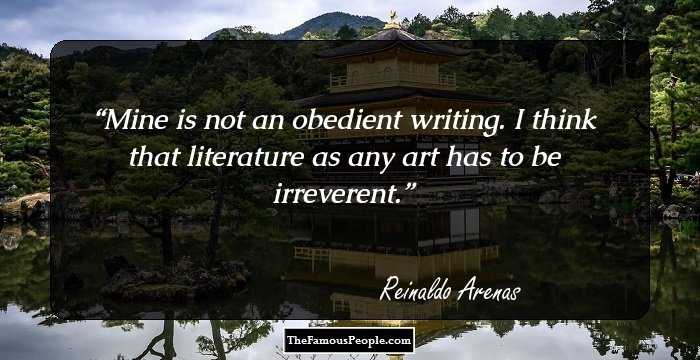 Mine is not an obedient writing. I think that literature as any art has to be irreverent. 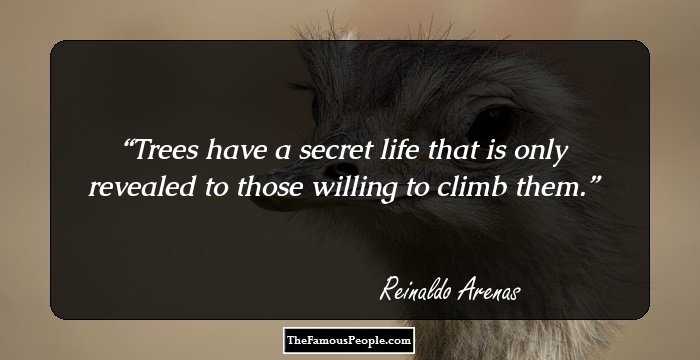 Trees have a secret life that is only revealed to those willing to climb them. 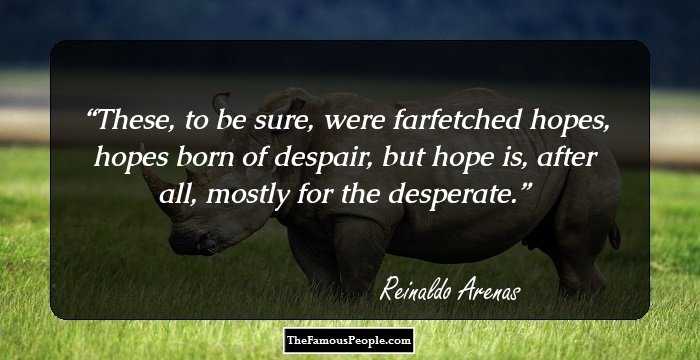 These, to be sure, were farfetched hopes, hopes born of despair, but hope is, after all, mostly for the desperate. 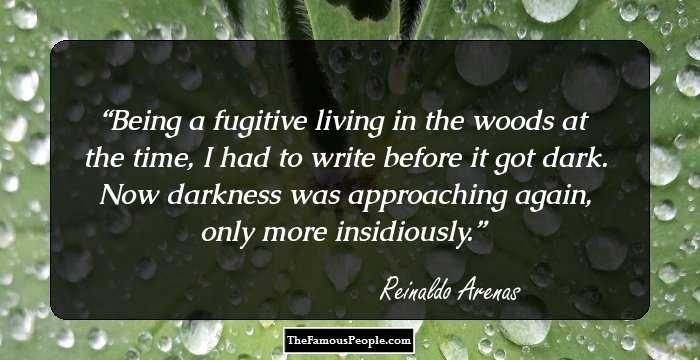 Being a fugitive living in the woods at the time, I had to write before it got dark. Now darkness was approaching again, only more insidiously. 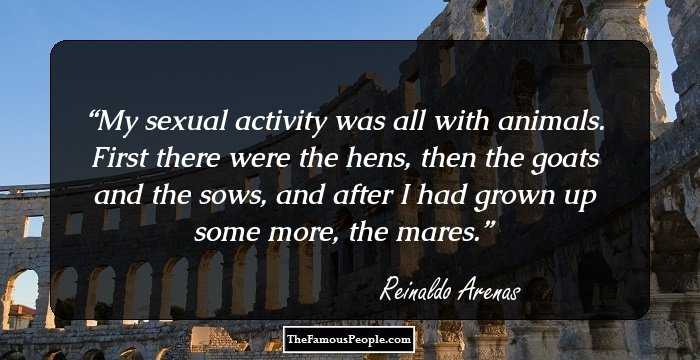 My sexual activity was all with animals. First there were the hens, then the goats and the sows, and after I had grown up some more, the mares. 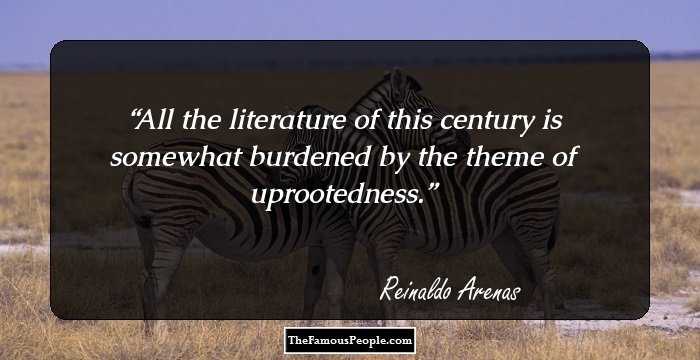 All the literature of this century is somewhat burdened by the theme of uprootedness. 12 Great Quotes By Alejo Carpentier For The Fictioneers 100 Enlightening Quotes by Rainer Maria Rilke, The Author of Letters to a Young Poet