Famous As: Comedian, Pantomimist
Born On: July 18, 1913
Died On: September 17, 1997
Born In: Vincennes
Died At Age: 84
Red Skelton was a famous American comedian and entertainer. He is best known as the host of âThe Red Skeleton Showâ and also for his television and national radio acts. âThe Doughnut Dunkersâ was a pantomime sketch that he wrote with his wife. He began his career with this pantomime sketch on films, radio and vaudeville. Comedian-turned-actor, he then started performing self-written soliloquies. âOld Whiteyâ and âThe Ventriloquistâ are two of the books written by him. He was also inclined towards paintings and this remained as a hobby until 1964 when his wife convinced him to showcase his artworks at âSands Hotelâ in Las Vegas. According to his art dealer, Skelton is believed to have earned more through his art works than his television career. Skeltonâs words, views and thoughts on life, movies, comedy, and happiness are very inspiring and stimulating. We have gathered few of Red Skeltonâs thoughts and quotes from his life, works, writings and books.Â
Listed In:
Film & Theater Personalities
Comedians 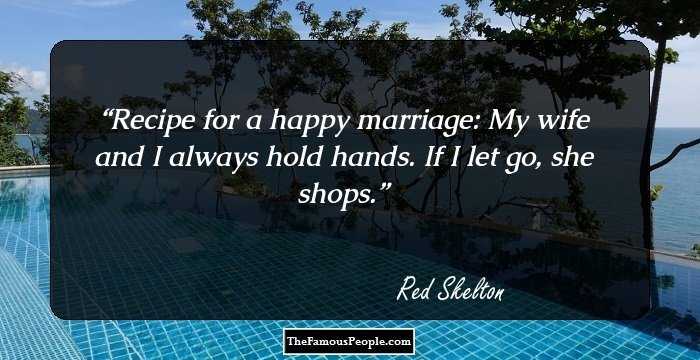 Recipe for a happy marriage: My wife and I always hold hands. If I let go, she shops. 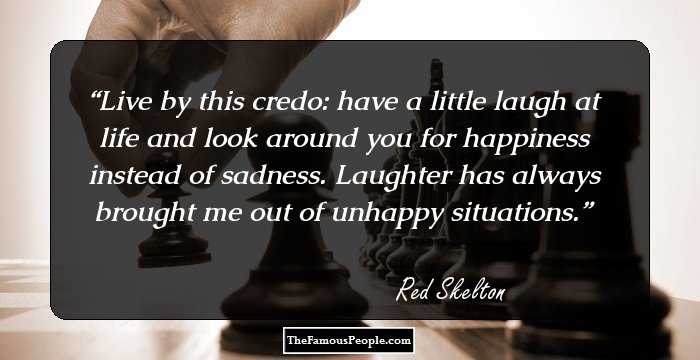 Live by this credo: have a little laugh at life and look around you for happiness instead of sadness. Laughter has always brought me out of unhappy situations.

You Life Me Happiness
Red Skelton 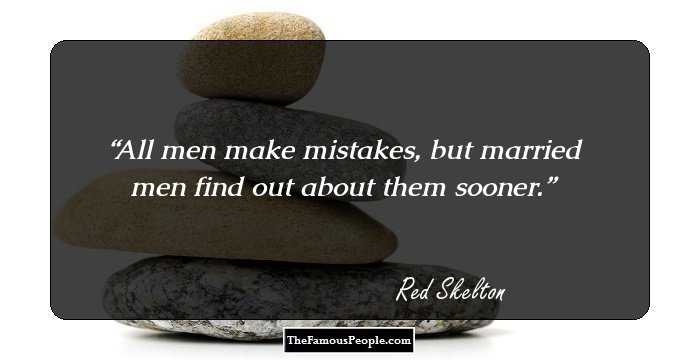 All men make mistakes, but married men find out about them sooner. 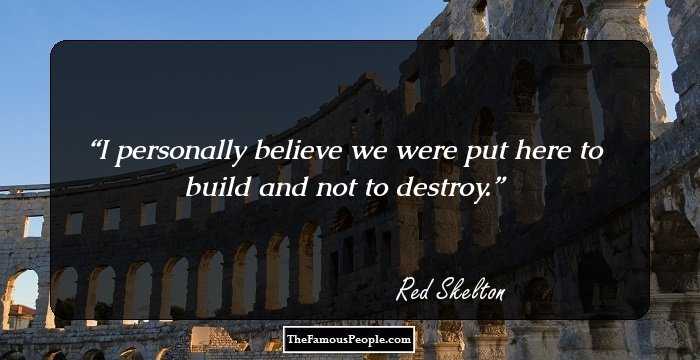 I personally believe we were put here to build and not to destroy. 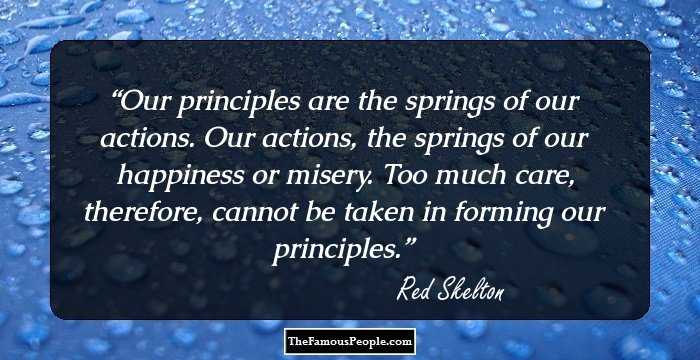 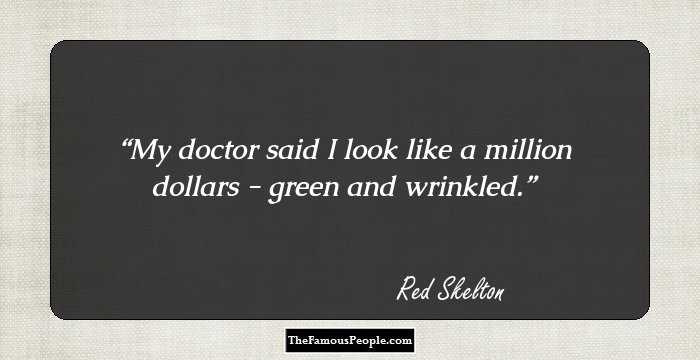 My doctor said I look like a million dollars - green and wrinkled. 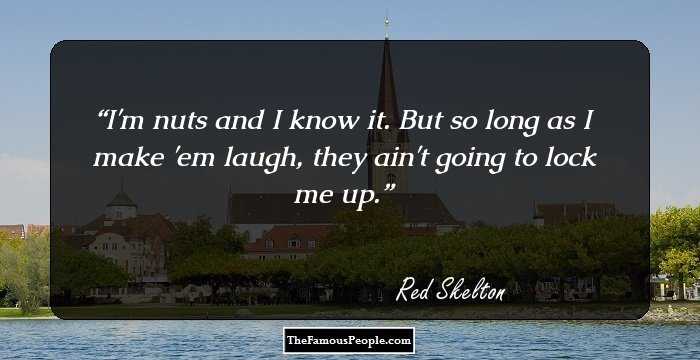 I'm nuts and I know it. But so long as I make 'em laugh, they ain't going to lock me up.

Me I
Red Skelton 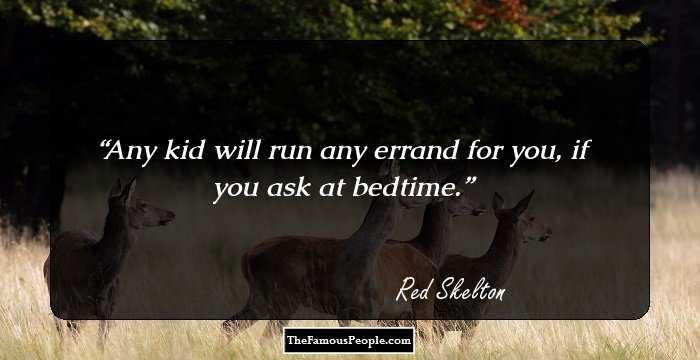 Any kid will run any errand for you, if you ask at bedtime.

You Will
Red Skelton

If by chance some day you're not feeling well and you should remember some silly thing I've said or done and it brings back a smile to your face or a chuckle to your heart, then my purpose as your clown has been fulfilled. 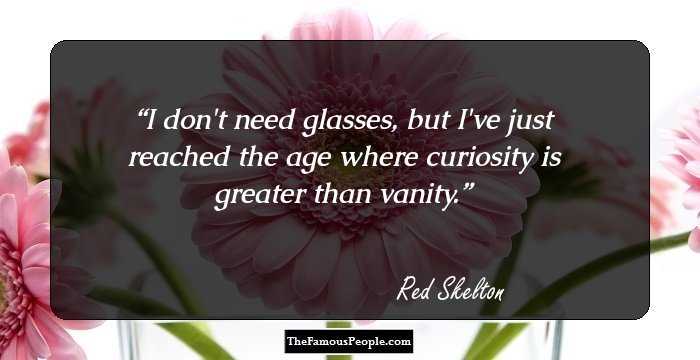 I don't need glasses, but I've just reached the age where curiosity is greater than vanity. 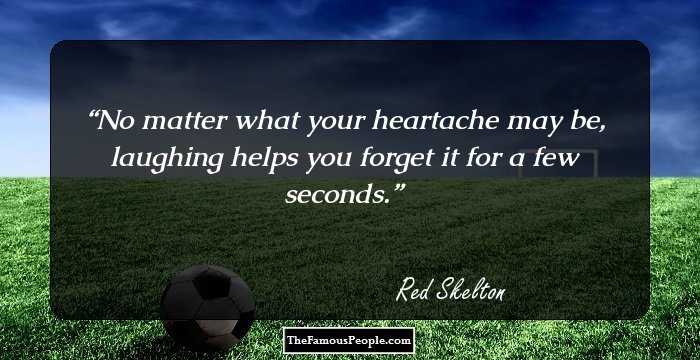 No matter what your heartache may be, laughing helps you forget it for a few seconds. 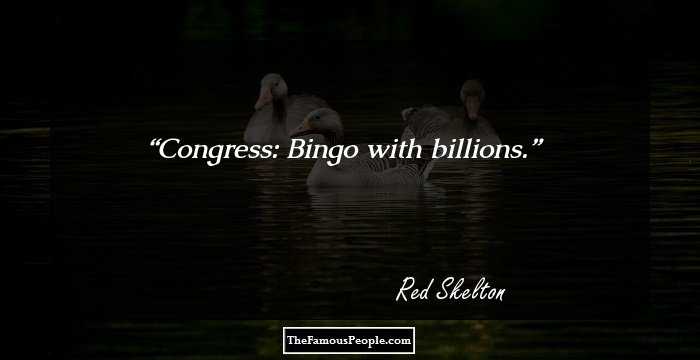 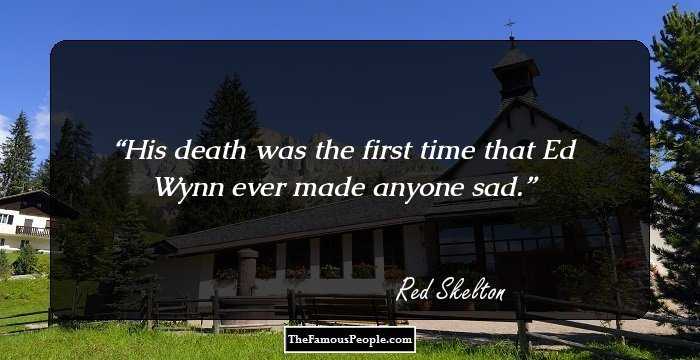 His death was the first time that Ed Wynn ever made anyone sad. 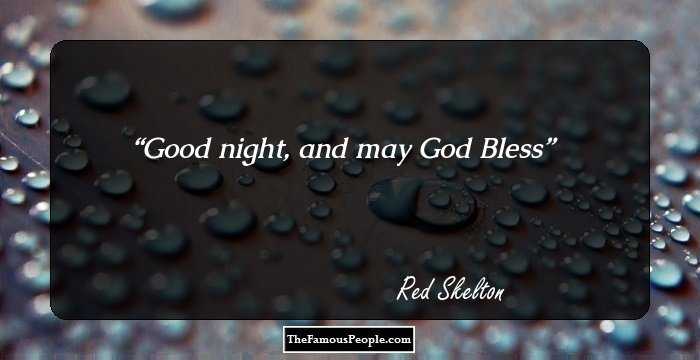 Good night, and may God Bless 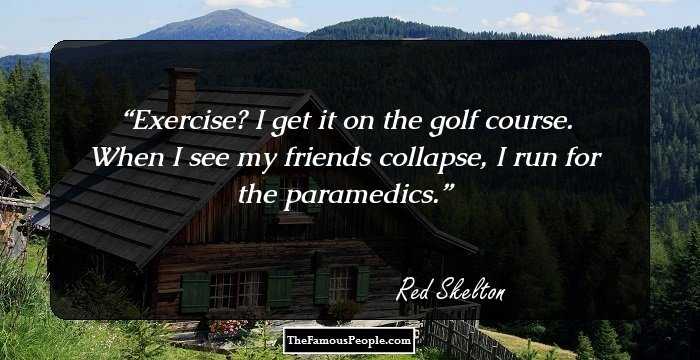 Exercise? I get it on the golf course. When I see my friends collapse, I run for the paramedics. 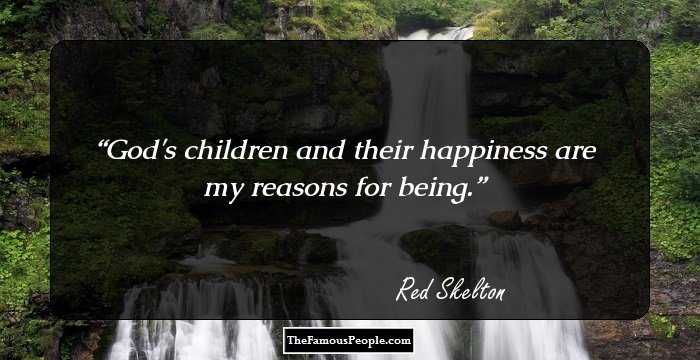 God's children and their happiness are my reasons for being. 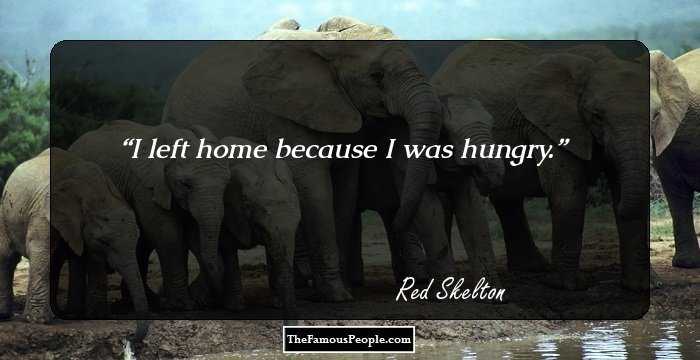 I left home because I was hungry.