Famous As: Pre-Socratic Greek Philosopher and Rhetorical Theorist
Born On: 490 BC
Died On: 420 BC
Born In: Abdera, Greece
Died At Age: 70
Protagoras was a distinguished pre-Socratic Greek philosopher, teacher, and thinker who was marked by Plato as one of the sophists. Plato also creits him with having originated the role of the professional sophist. Considered to be one of the most renowned Greek sophists, he was also the one to introduce contemporary dialogue on politics and morality to Athens. He expressed his thoughts, views, opinions, and taught subjects, such as how to run social affairs, how to manage personal affairs, and how to contribute to the society through oneâs actions and words. We have rounded some quotable quotes and sayings by Protagoras, which have been excerpted from the vast sea of his writings, works and thoughts. Let us scroll through the quotes and thoughts by Protagoras.
Listed In:
Philosophers
Intellectuals & Academics 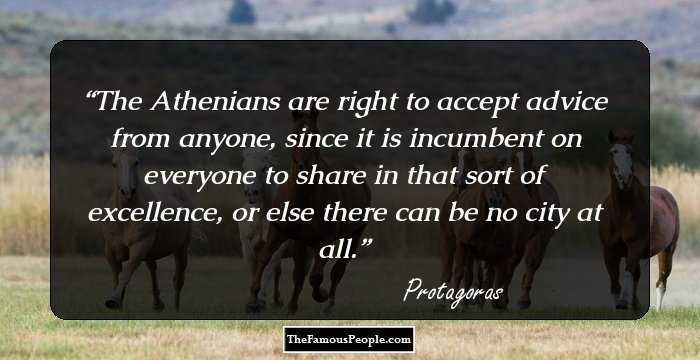 The Athenians are right to accept advice from anyone, since it is incumbent on everyone to share in that sort of excellence, or else there can be no city at all. 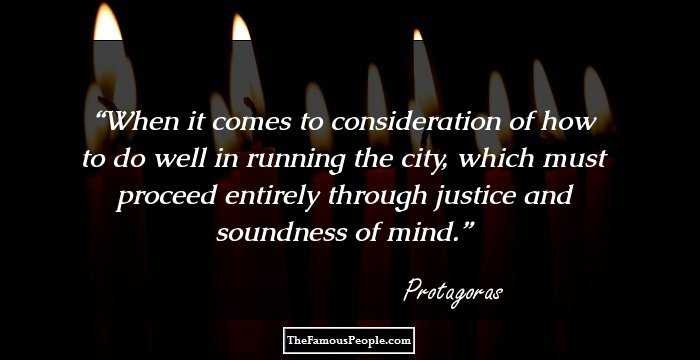 When it comes to consideration of how to do well in running the city, which must proceed entirely through justice and soundness of mind. 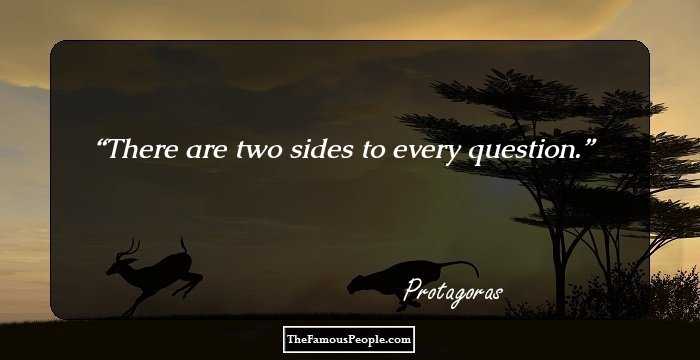 There are two sides to every question. 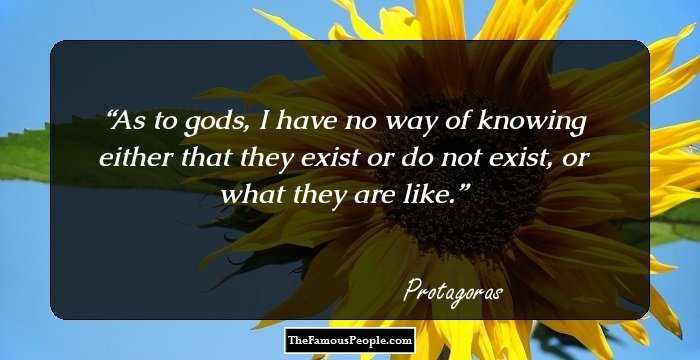 As to gods, I have no way of knowing either that they exist or do not exist, or what they are like. 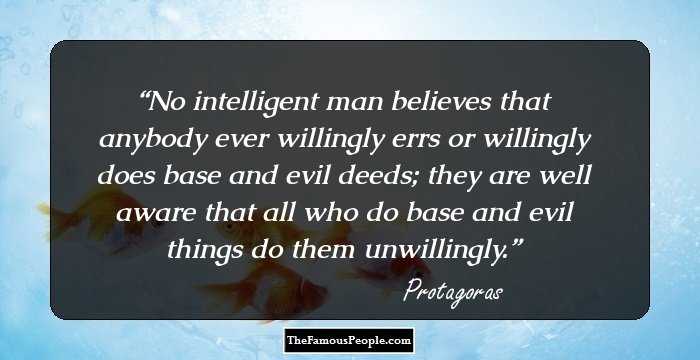 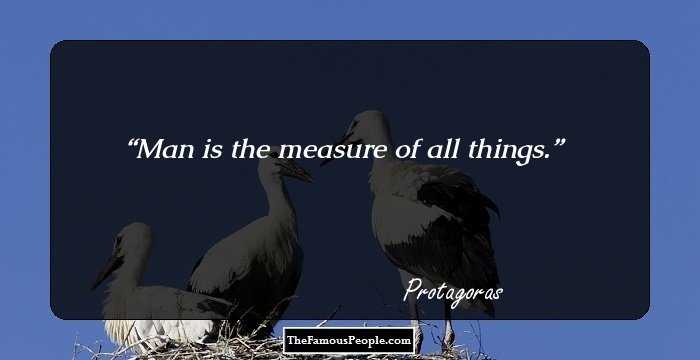 Man is the measure of all things. 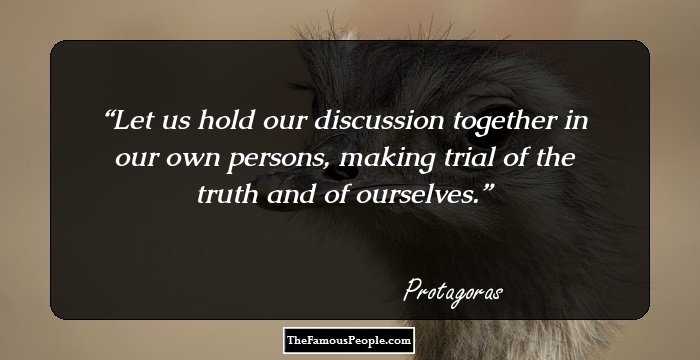 Let us hold our discussion together in our own persons, making trial of the truth and of ourselves. 100 Great Quotes by Epictetus, The Author of The Art of Living 76 Enlightening quotes by Epicurus That Will Broaden Your Worldview