Famous As: Head of the Catholic Church from 1958 to 1963
Born On: November 25, 1881
Died On: June 3, 1963
Born In: Sotto il Monte Giovanni XXIII, Italy
Died At Age: 81
Pope John XXIII headed the Catholic Church from 1958 until his death in 1963. He studied theology and decided to pursue a career in religion. During his initial days he even served the army in the First World War. He started off as a secretary to the Bishop of Bergamo and served in the position till the death of the Bishop. He went on to serve various renowned positions in the church with his huge intellect of religion and belief in peace. While holding these positions he did various works which reflected his kind heart. He served various Jewish refugees in Europe and also tried hard to protect Jews during the Holocaust. He was appointed as the Patriarch of Venice to eventually become the cardinal priest under Pope Pius XII. After the Popeâs death he was advised to contest the elections which he successfully won to become the Pope. He was expected to be just a guardian pope as he was 77 years old. He cleared all these perceptions by calling the Second Vatican Council. This surprised the masses as it was done after a period of 90 years. This Council aimed at explaining the relations between the Church and the modern era and is believed to be the most notable work of his life. Here is a compilation of quotes and sayings by the renowned saint which have been excerpted from his speeches, writings, journals, thoughts, work and life. Take a look at these quotes and thoughts by Pope John XXIII on equality, peace, justice, compassion and more.
Listed In:
Spiritual & Religious Leaders
Quotes by Famous People 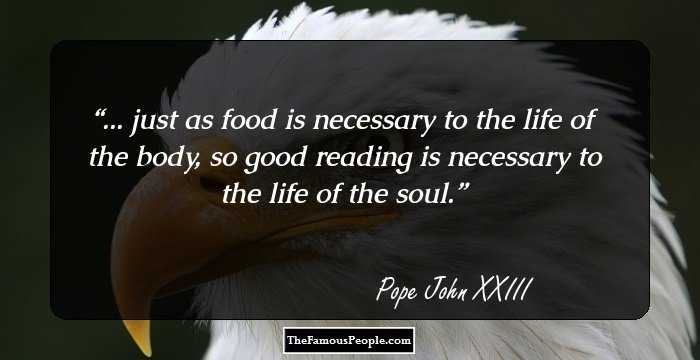 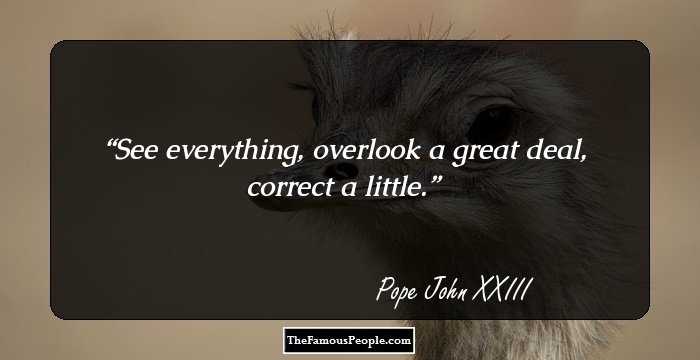 See everything, overlook a great deal, correct a little. 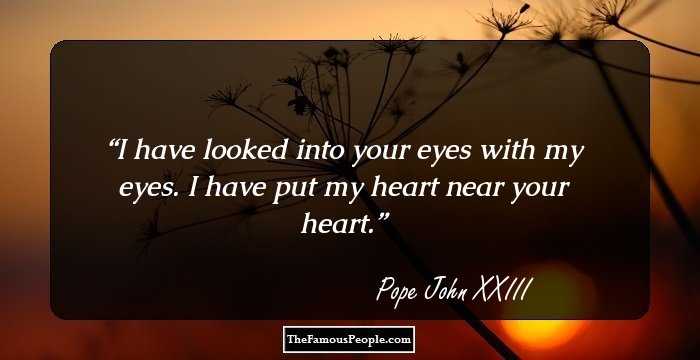 I have looked into your eyes with my eyes. I have put my heart near your heart. 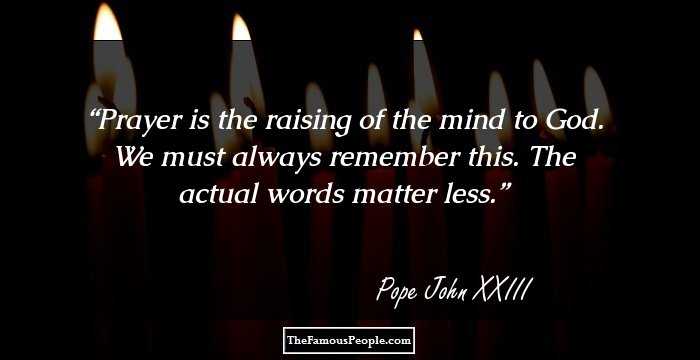 Prayer is the raising of the mind to God. We must always remember this. The actual words matter less. 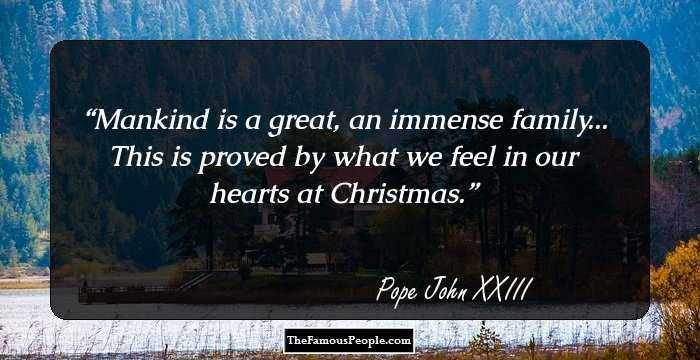 Mankind is a great, an immense family... This is proved by what we feel in our hearts at Christmas. 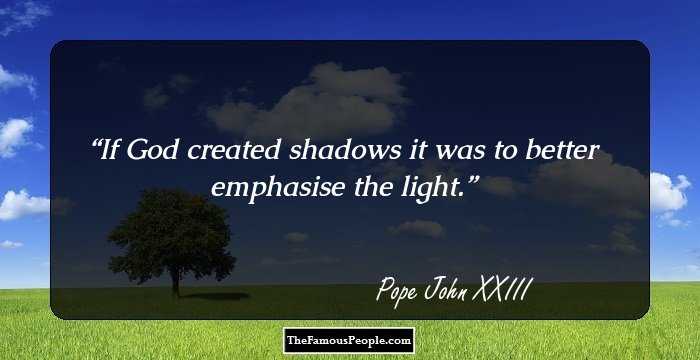 If God created shadows it was to better emphasise the light. 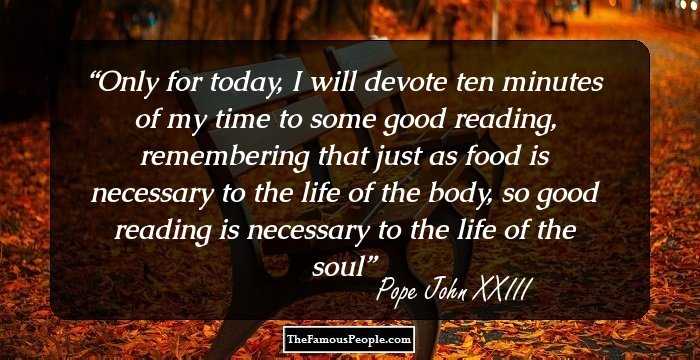