Famous As: Known for Her Role of 'Mantis' in the Marvel Cinematic Universe Films
Born On: May 3, 1986
Born In: Quebec City, Canada
Age: 36 Years
Pom Klementieff is a well-known Canadian-born French model and actress. She gained prominence across the globe for her role in âAvengers: Endgame,â âAvengers: Infinity War,â and âGuardians of Galaxy Vol.2.â Some of her other noteworthy film and television credits include âUncut Gems,â âWestworld,â âBlack Mirror,â âNewness,â âThe Addams Family,â and âLove Lasts Three Years,â amongst various others. Let us go through some popular quotes by Pom Klementieff on strength, belief, life, love, growing-up, mother, actors, writing, time, movies, God, humor, positivity, character, learning, woman, etc.
Listed In:
Film & Theater Personalities
Actresses
Fashion 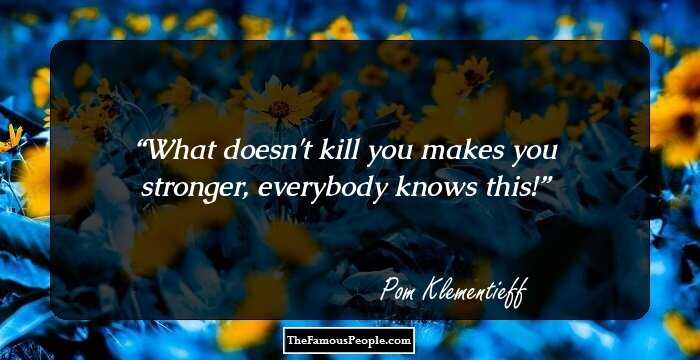 What doesn't kill you makes you stronger, everybody knows this! 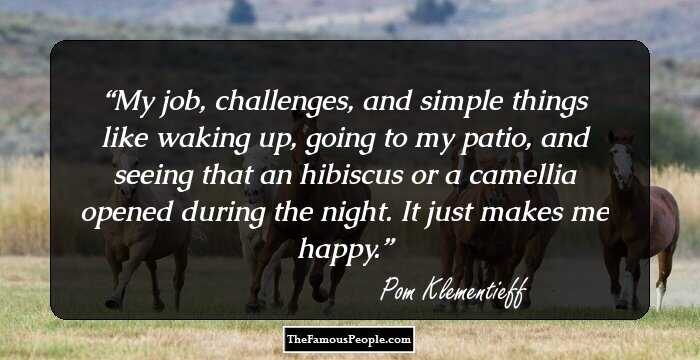 My job, challenges, and simple things like waking up, going to my patio, and seeing that an hibiscus or a camellia opened during the night. It just makes me happy. 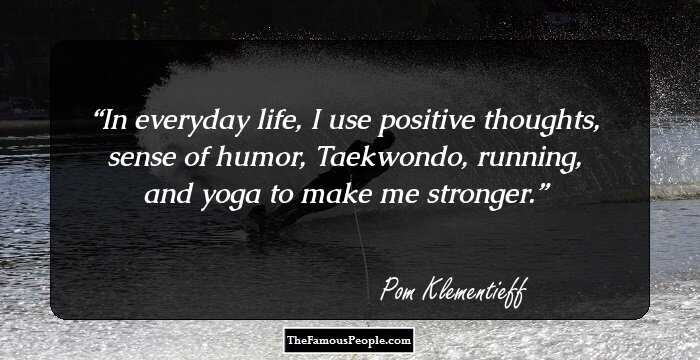 In everyday life, I use positive thoughts, sense of humor, Taekwondo, running, and yoga to make me stronger. 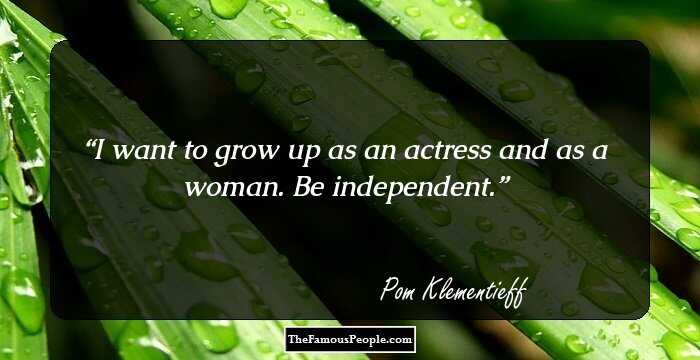 I want to grow up as an actress and as a woman. Be independent. 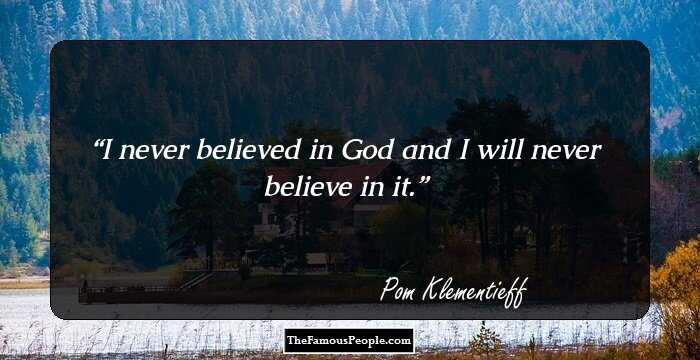 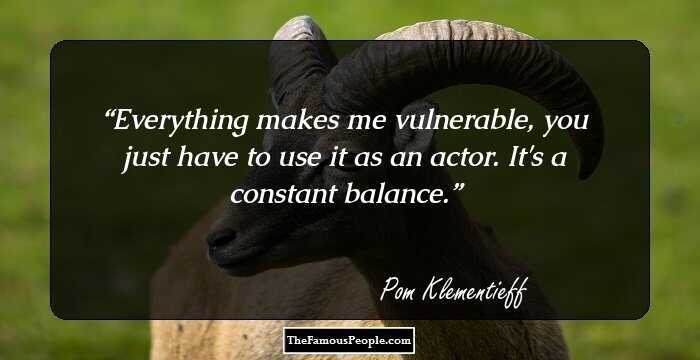 Everything makes me vulnerable, you just have to use it as an actor. It's a constant balance. 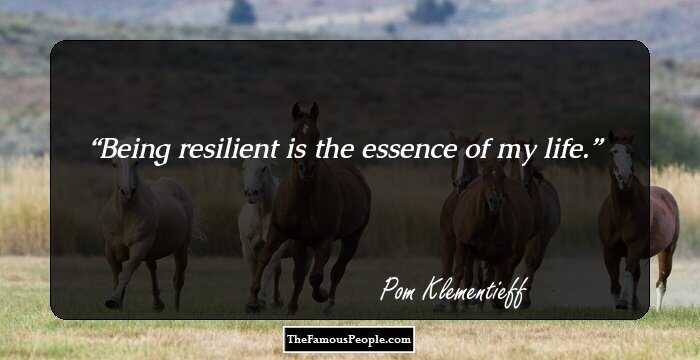 Being resilient is the essence of my life.

I look at the tattoo inside my left wrist. It's my brother's name, he committed suicide two years ago. Just before the second anniversary of his death, I tattooed his name. I miss him, of course, and I decided I would live for me, and for him.

Kurt Russell is amazing. He's really nice. He's really funny. He's really professional, and it's great to see him work and to see someone who's done so many movies and who's so down to earth, it's great. I feel really lucky.

My mother is schizophrenic. I would love to be brave enough to learn more about it. I try to understand her, I try to be positive about it. She can be so absent and tired by her medication; sometimes she's so lucid, funny, and smart.

There are so many forms of love. Spending time with friends, love stories. I enjoy showing my love by baking a cake for somebody and writing his or her name on it, and seeing his or her reaction. I love to offer flowers too! 64 Great Quotes By Christian Dior For The Fashionista In You