6 Quotes By Pol Pot, The Man Who Made Cambodia Hell

Pol Pot was born in a small village nearby the city of Kampong Thom into a well-off farmer family. The family lived in very good conditions and Pol got the best education possible. In the 1940s, upon moving to Paris, he joined the French Communist Party. Following the ideologies of Lenin and Marx, Pol returned to Cambodia and joined Khmer Viá»t Minh, the Cambodian Marxist-Leninist party and became the party secretary, in 1960. In October 1976, he was named the 27th Prime Minister of Cambodia and killed (Cambodian Genocide) many âanti-nationals,â whoever raised voice against his party. Also an eloquent and fierce orator, Pol Pot was known for his aggressive speeches and hyper-nationalistic approach. We have compiled some of Pol Pot quotes on war, communism, country, leader, conscience, and loss, which have been curated from his speeches, articles, and interviews. 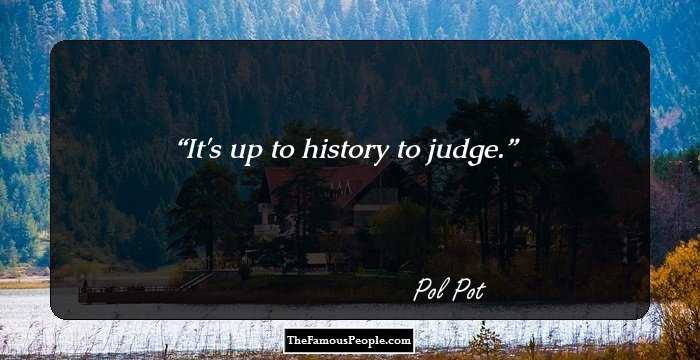 It's up to history to judge. 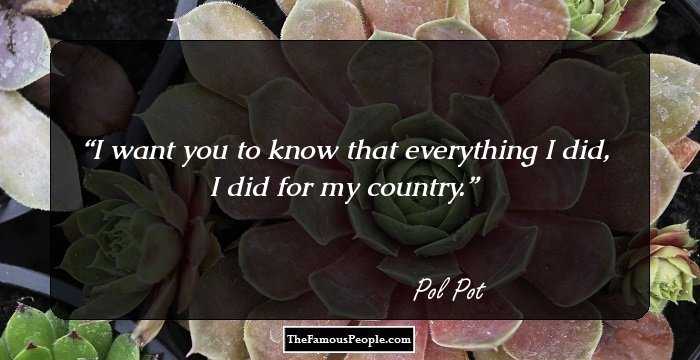 I want you to know that everything I did, I did for my country. 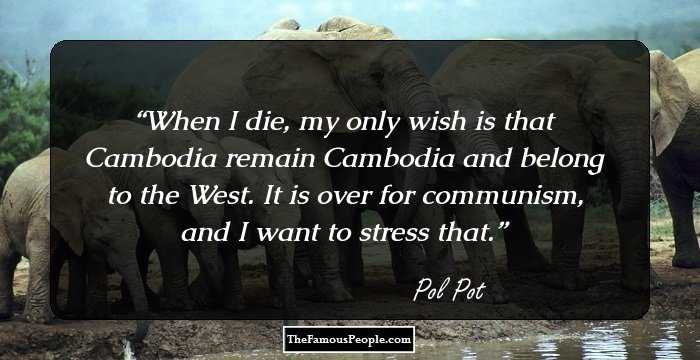 When I die, my only wish is that Cambodia remain Cambodia and belong to the West. It is over for communism, and I want to stress that. 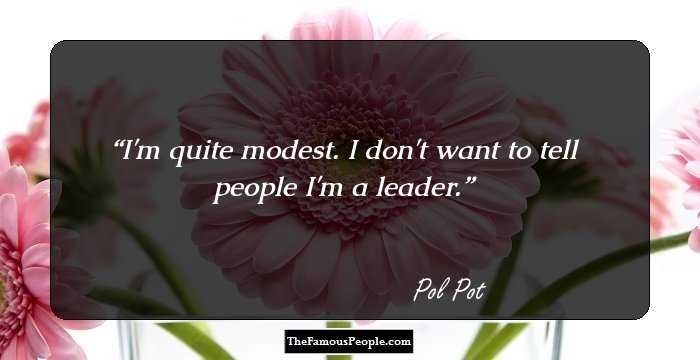 I'm quite modest. I don't want to tell people I'm a leader. 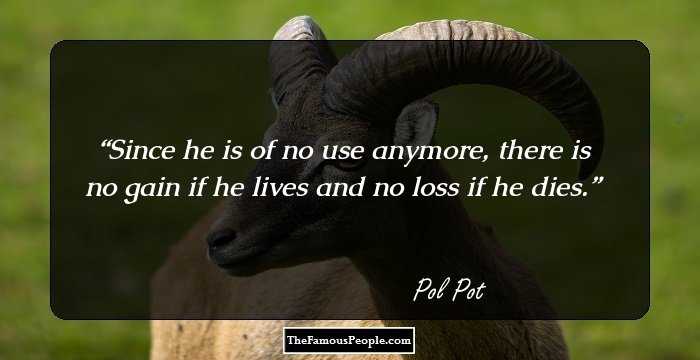 Since he is of no use anymore, there is no gain if he lives and no loss if he dies. 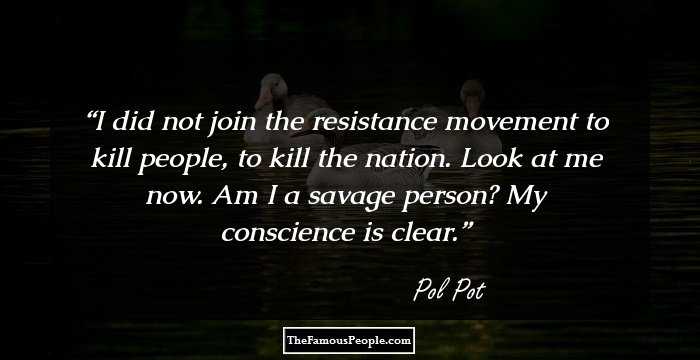 I did not join the resistance movement to kill people, to kill the nation. Look at me now. Am I a savage person? My conscience is clear.