12 Quotes By Plautus That Give Insight Into Life

Famous As: Roman Playwright Whose Work Influenced the Works of Shakespeare and MoliÃ¨re
Born On: 254 AD
Died On: 184 AD
Born In: Sarsina, Italy
Died At Age: -70

Titus Maccius Plautus, commonly known as Platus, was a Roman playwright famous for penning down Palliata comoedia. There is historic evidence of the fact that Plautus was the creator of comedy genre in Latin literature. Although legends say that Livius Andronicus was the original innovator of this genre. His comedies were loosely based on adaptations from Greek models for a Roman audience. Plautus revamped ancient Greek playwrights and texts by adding flavors suitable for the generic Roman audience. Only 20 out of the 130 plays written by Platautus have survived. Plautusâ works can be distinguished into surviving and fragmentary plays. Some of the popular works include Mostellaria, Poenulus, Agroicus ("The Rustic Man") and Carbonaria ("The Female Charcoal-Burner"). Even though critics claimed Plautusâ work as âcrudeâ, it illuminated inspiration for various giants of literature during The Middle Ages, early Renaissance, and Shakespearian era. We have collected Plautusâ quotes from his works on life, death, grief, evil, perseverance and eloquence. Let us go these quotes from this Roman playwright. 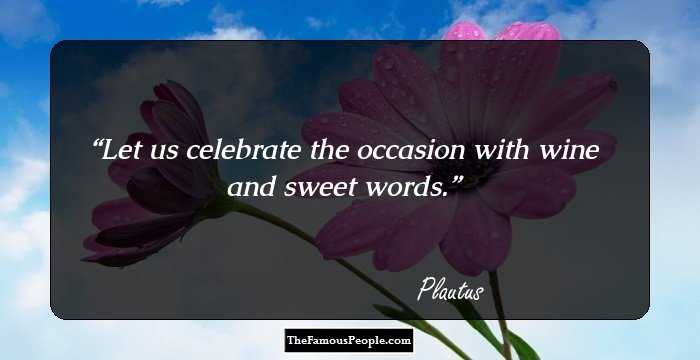 Let us celebrate the occasion with wine and sweet words. 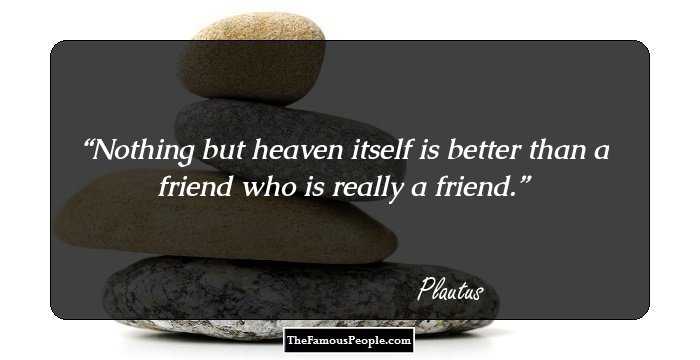 Nothing but heaven itself is better than a friend who is really a friend. 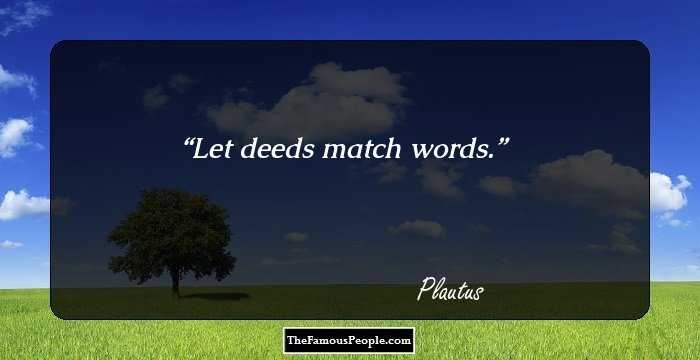 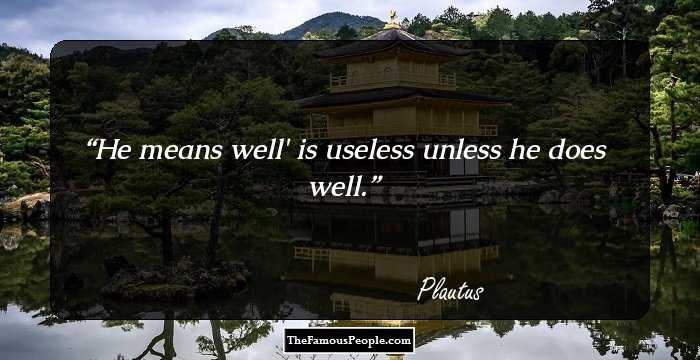 He means well' is useless unless he does well. 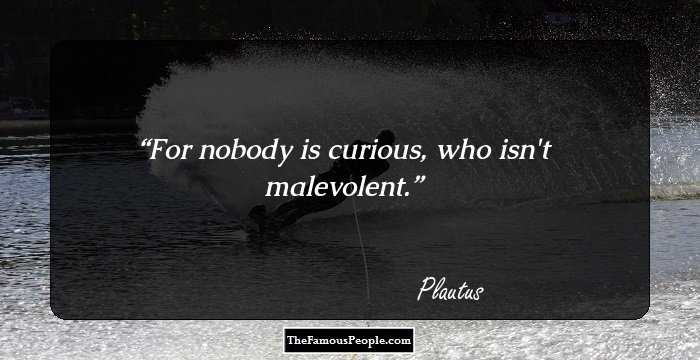 For nobody is curious, who isn't malevolent. 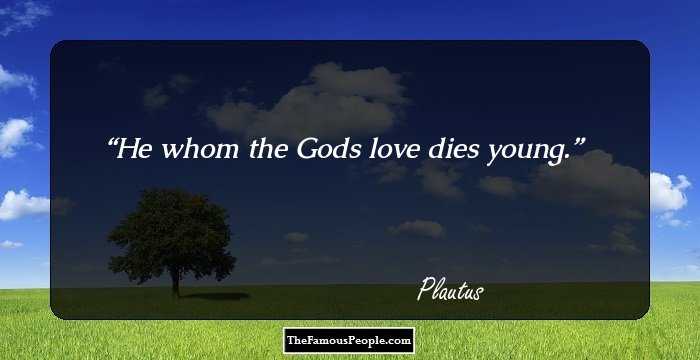 He whom the Gods love dies young. 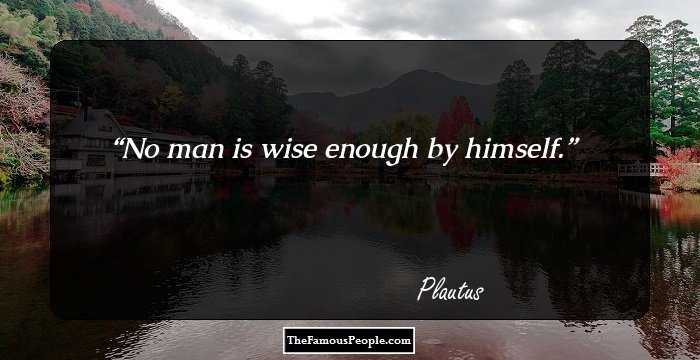 No man is wise enough by himself. 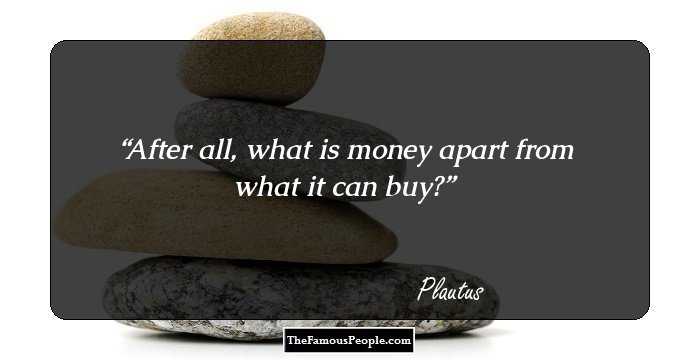 After all, what is money apart from what it can buy? 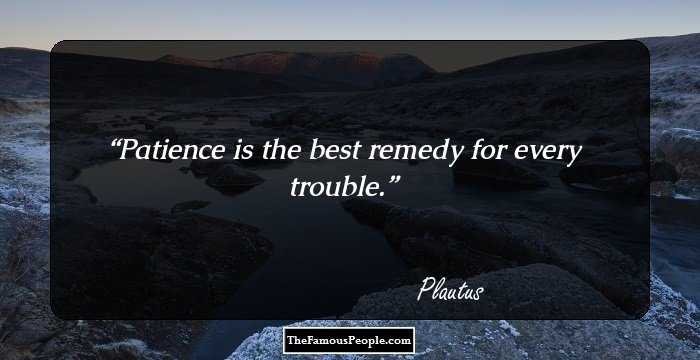 Patience is the best remedy for every trouble. 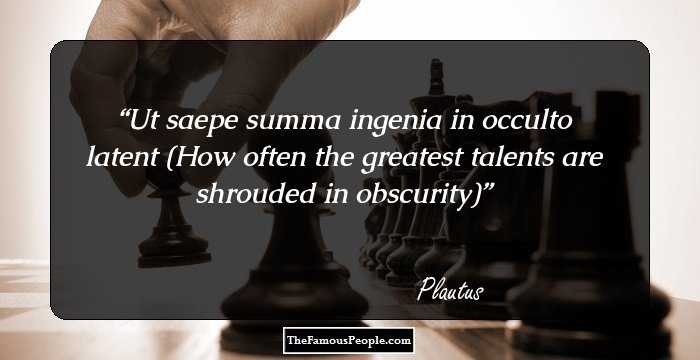 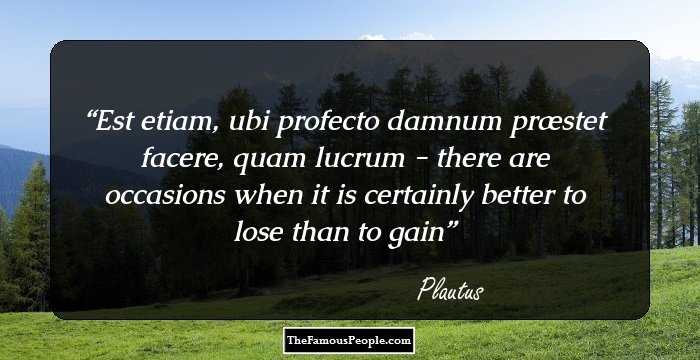 Est etiam, ubi profecto damnum prÃ¦stet facere, quam lucrum - there are occasions when it is certainly better to lose than to gain