Famous As: Co-Founder and Lead Vocalist of the Rock Band 'The Who'
Born On: May 19, 1945
Born In: London, England
Founder / Co Founder: Eel Pie Publishing
Age: 77 Years
Pete Townshend is a famous English guitarist and songwriter. He was born to musician parents who gave the first spark to his never ending passion for music. He collaborated with his childhood friends to form a band called âDetoursâ which eventually was renamed to âWhoâ. They started performing at live concerts and became popular with their songs like âI Canât Explainâ and âMy Generation.â Pete became popular for his concert antics of breaking instruments which eventually became an integral part of their concerts. He even worked as a solo singer and debuted with âWho Came Firstâ and was appreciated by the masses. He went on to do many solo works and his most notable album was âEmpty Glassâ. He further performed with his band at the Broadway and was honored with the âTony Awardâ. He has been working for the band for more than 50 years now. He has been honored with various awards including âBRIT Awardsâ and multiple âGrammy Awardsâ. Following are some of the most famous quotes and thoughts by the distinguished guitarist. Read on the compilation of sayings and quotations by Pete Townshend.
Listed In:
Musicians
Singers 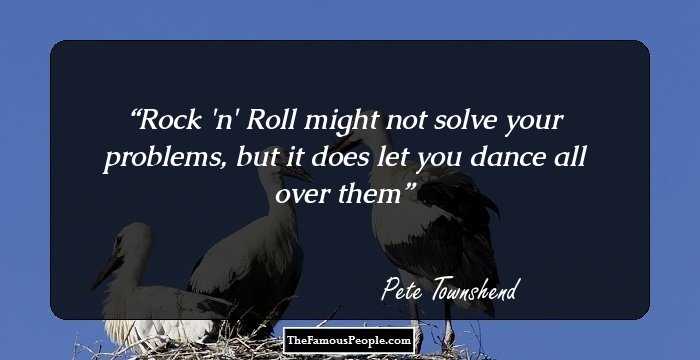 Rock 'n' Roll might not solve your problems, but it does let you dance all over them 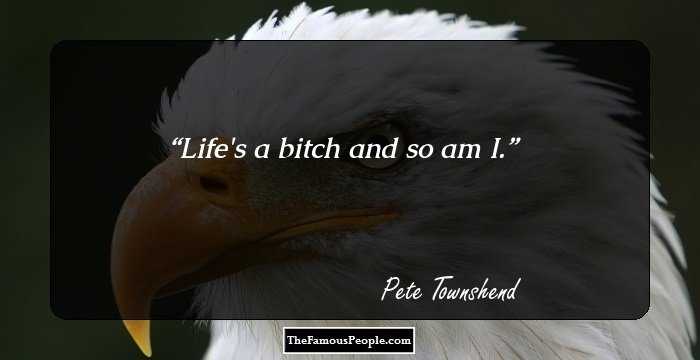 Life's a bitch and so am I. 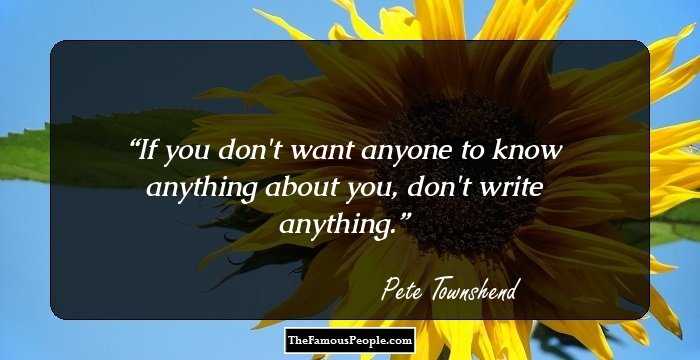 If you don't want anyone to know anything about you, don't write anything. 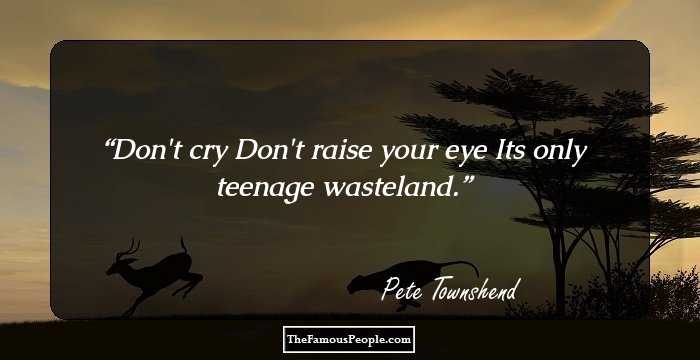 Don't cry Don't raise your eye Its only teenage wasteland. 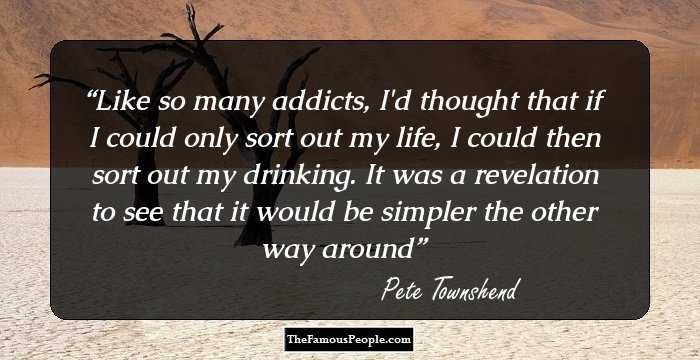 Like so many addicts, I'd thought that if I could only sort out my life, I could then sort out my drinking. It was a revelation to see that it would be simpler the other way around 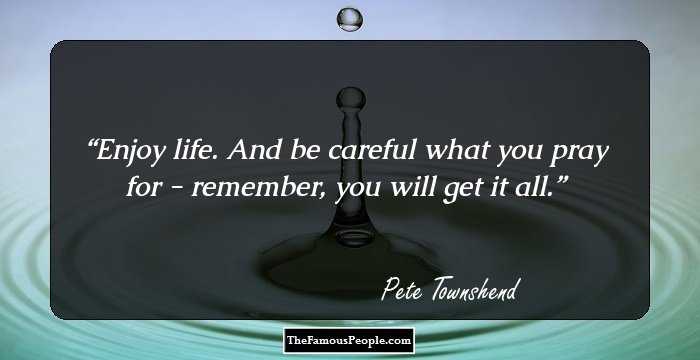 Enjoy life. And be careful what you pray for - remember, you will get it all.

You Life Will
Pete Townshend 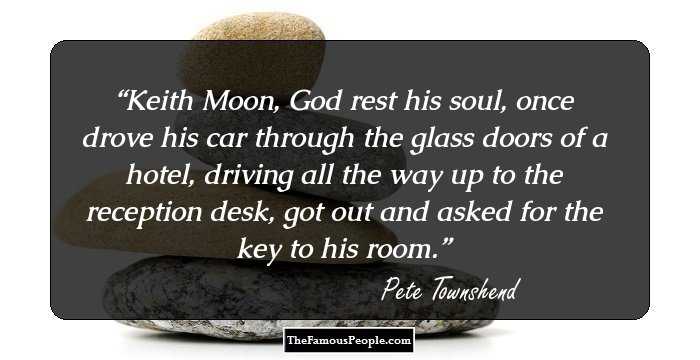 Keith Moon, God rest his soul, once drove his car through the glass doors of a hotel, driving all the way up to the reception desk, got out and asked for the key to his room. 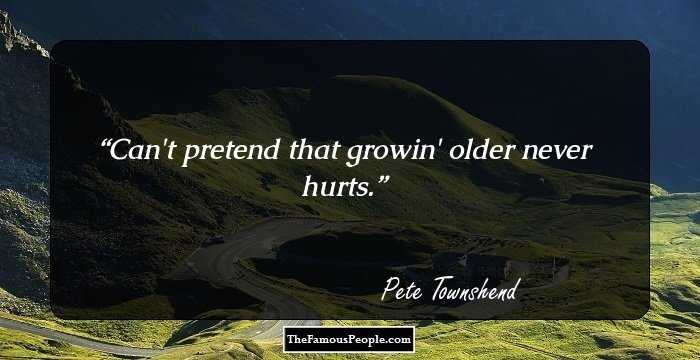 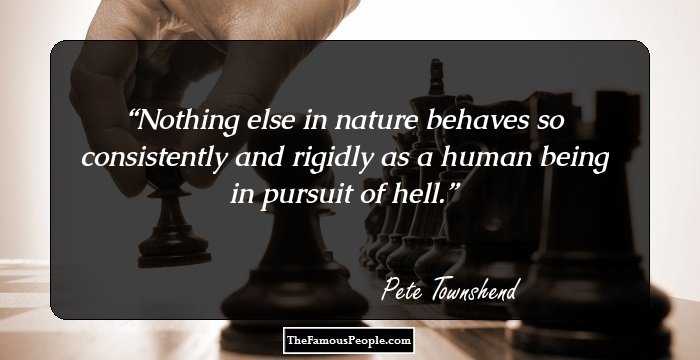 Nothing else in nature behaves so consistently and rigidly as a human being in pursuit of hell. 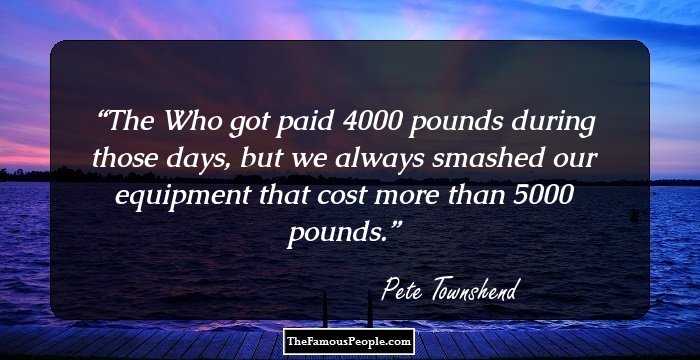 The Who got paid 4000 pounds during those days, but we always smashed our equipment that cost more than 5000 pounds. 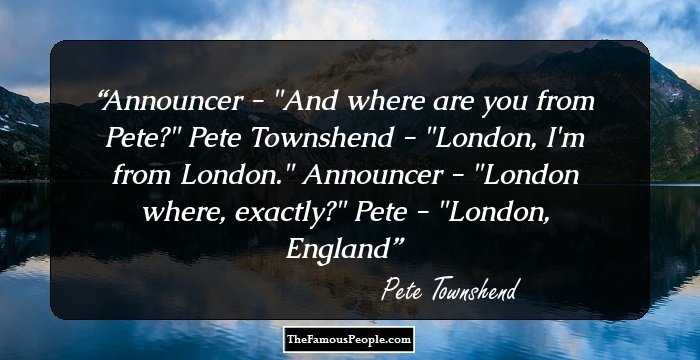 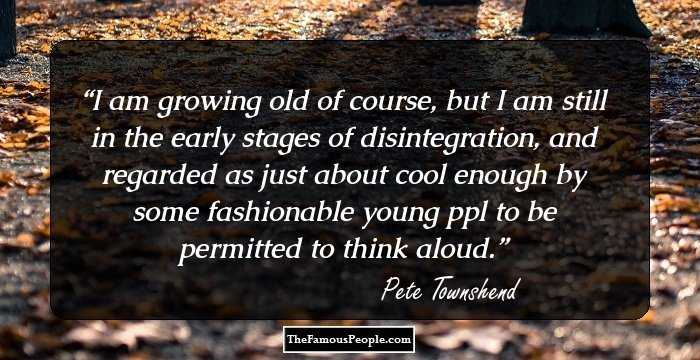 I am growing old of course, but I am still in the early stages of disintegration, and regarded as just about cool enough by some fashionable young ppl to be permitted to think aloud. 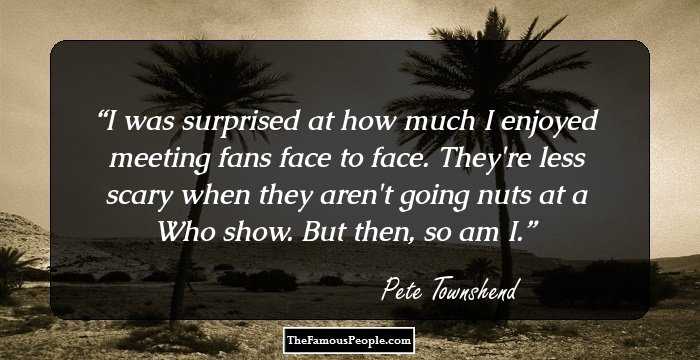 I was surprised at how much I enjoyed meeting fans face to face. They're less scary when they aren't going nuts at a Who show. But then, so am I. 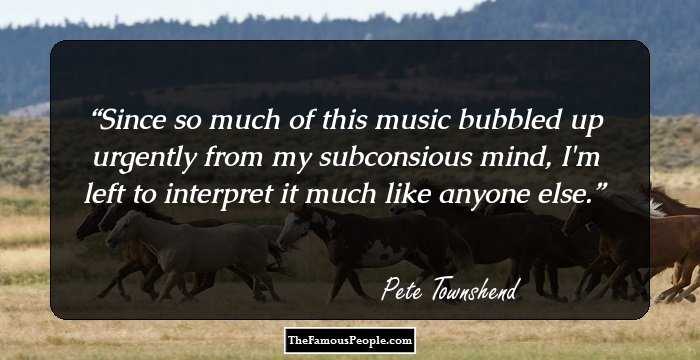 Since so much of this music bubbled up urgently from my subconsious mind, I'm left to interpret it much like anyone else. 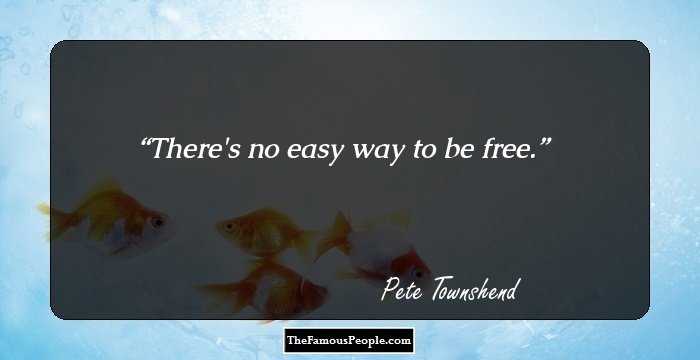 There's no easy way to be free. 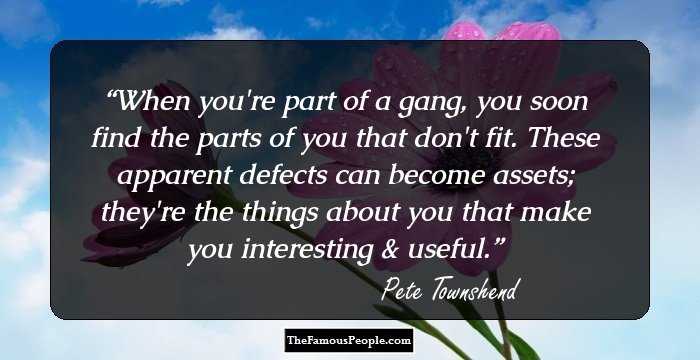 When you're part of a gang, you soon find the parts of you that don't fit. These apparent defects can become assets; they're the things about you that make you interesting & useful. 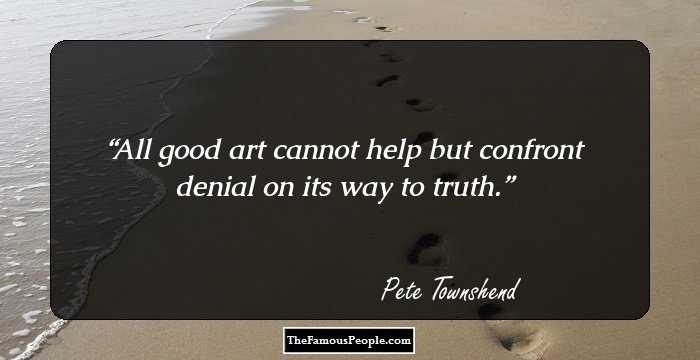 All good art cannot help but confront denial on its way to truth. 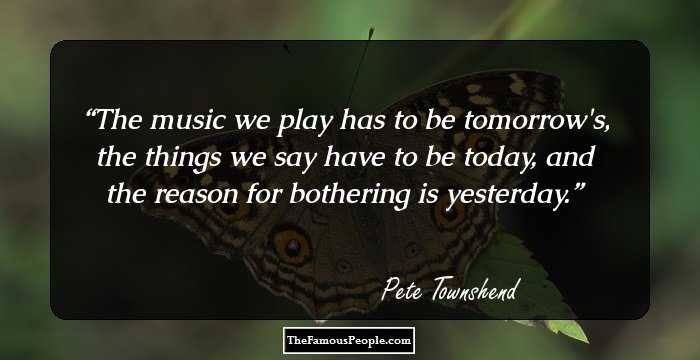 The music we play has to be tomorrow's, the things we say have to be today, and the reason for bothering is yesterday. 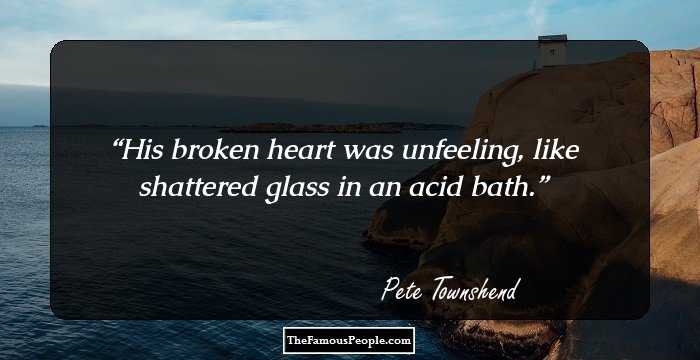 His broken heart was unfeeling, like shattered glass in an acid bath. 74 Quotes By George Michael For Your Musical Journey Of Life 78 Notable Quotes By Adele That Give Valuable Life Lessons 101 Wonderful Paul McCartney Quotes To Inspire You to Great Heights 90 Famous Quotes By Robbie Williams That You Should Not Miss 13 Motivational Quotes By Bernie Taupin For All Music Lovers