Famous As: Novelist, Poet
Born On: June 9, 1962
Born In: Los Angeles, California, United States
Age: 60 Years
Paul Beatty is a renowned author and the first American to be honored with the âMan Booker Prizeâ. He was inclined towards writing from an early age and went on to pursue a course in creative writing from the Brooklyn College. He got a kick-start to his career by winning the âPoetry Slam Championshipâ which helped him publish his poetry volume titled âBig Bank Take Little Bankâ. This gave him instant fame and he started performing his poetry on various renowned channels while publishing his second poetry book called âJoker, Joker, Deuceâ. He further came up with his debut novel titled âThe White Boy Shuffleâ which was critically appreciated and became the first notable book of his career. He also wrote various novels to nourish his reputation as a writer before writing his most notable book of his life titled âThe Selloutâ. This book turned out to be a best-seller and brought him various distinguished awards including the renowned âMan Booker Prizeâ and âInternational Dublin Literary Awardâ. He continues to fascinate the world with his novels, thoughts, work, poetry and writings which justify his prominence in the literary world. We have curated his quotes from his writings, speeches and life. Take a look at the most famous quotations and sayings by Paul Beatty.
Listed In:
Writers
Poets 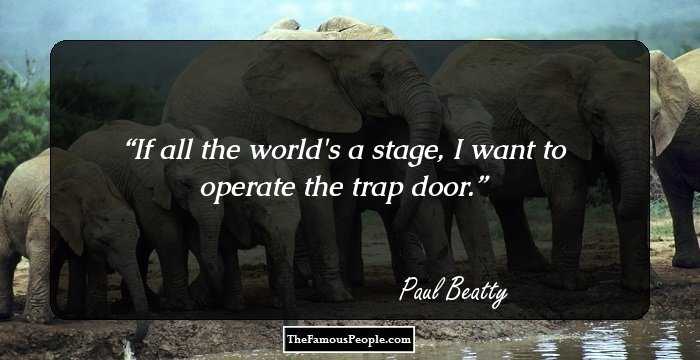 If all the world's a stage, I want to operate the trap door. 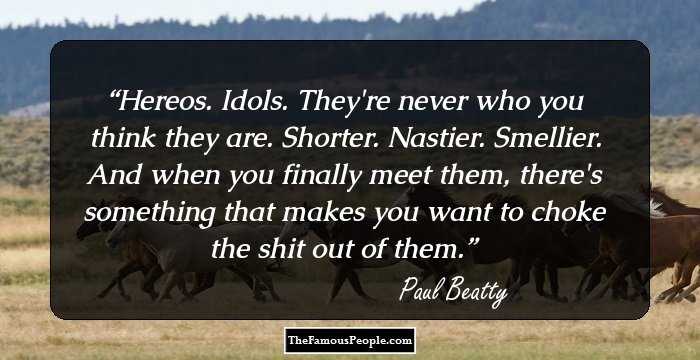 Hereos. Idols. They're never who you think they are. Shorter. Nastier. Smellier. And when you finally meet them, there's something that makes you want to choke the shit out of them. 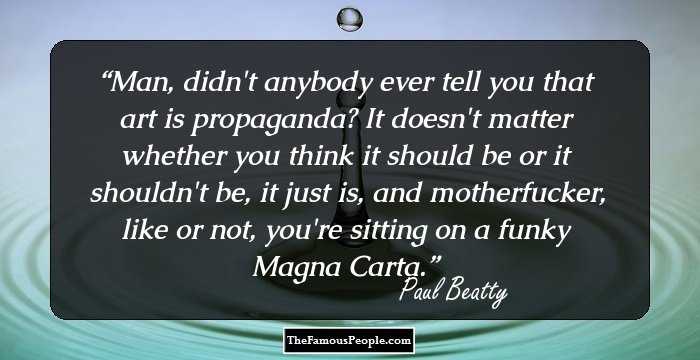 Man, didn't anybody ever tell you that art is propaganda? It doesn't matter whether you think it should be or it shouldn't be, it just is, and motherfucker, like or not, you're sitting on a funky Magna Carta. 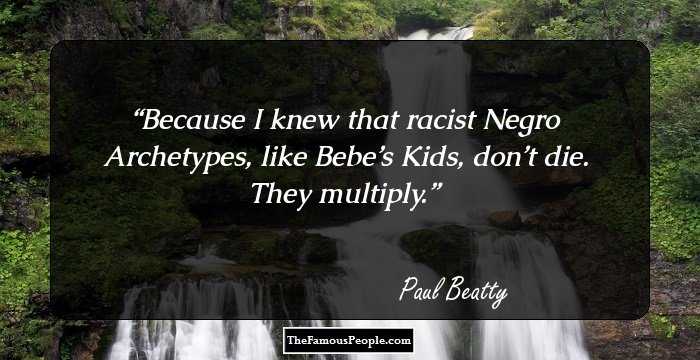 Because I knew that racist Negro Archetypes, like Bebe’s Kids, don’t die. They multiply. 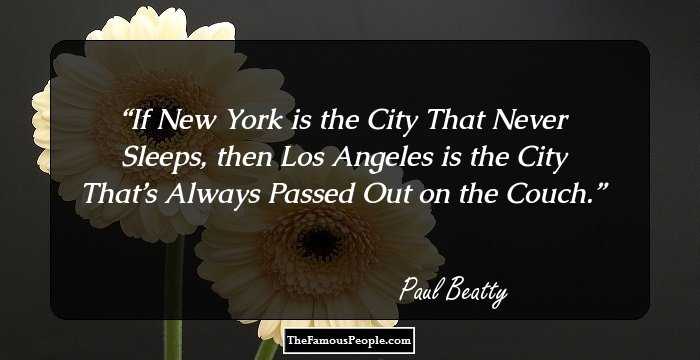 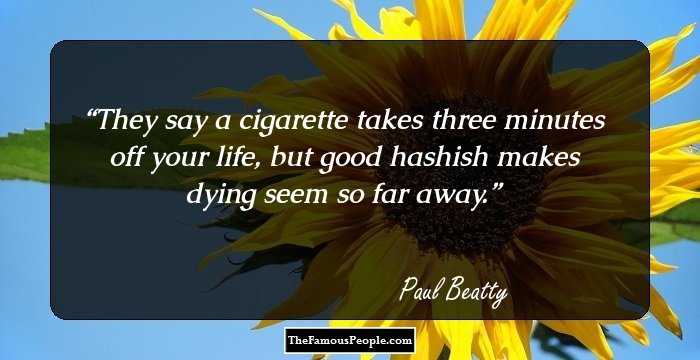 They say a cigarette takes three minutes off your life, but good hashish makes dying seem so far away. 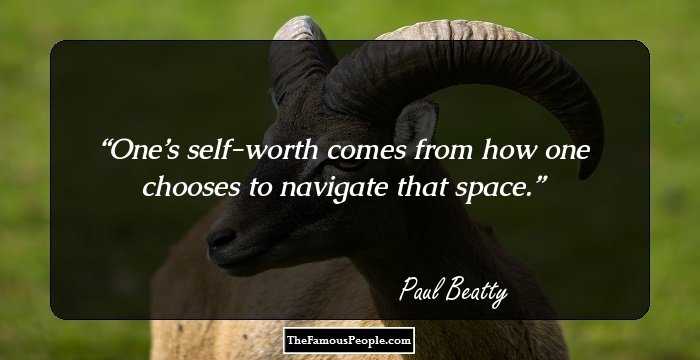 One’s self-worth comes from how one chooses to navigate that space. 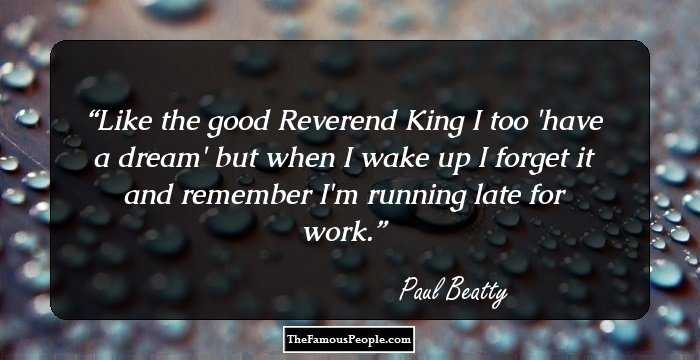 Like the good Reverend King I too 'have a dream' but when I wake up I forget it and remember I'm running late for work. 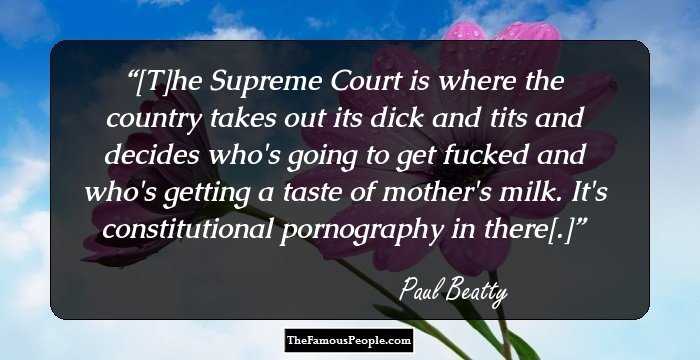 [T]he Supreme Court is where the country takes out its dick and tits and decides who's going to get fucked and who's getting a taste of mother's milk. It's constitutional pornography in there[.] 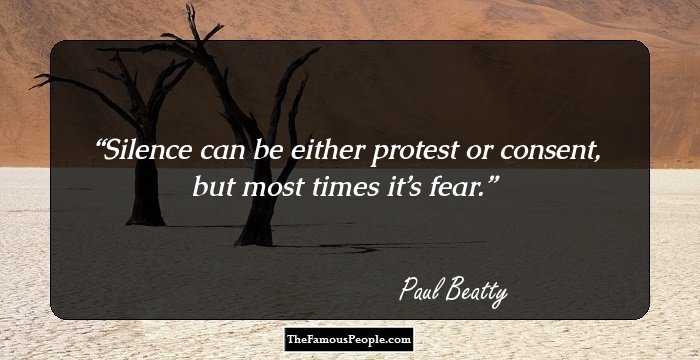 Silence can be either protest or consent, but most times it’s fear. 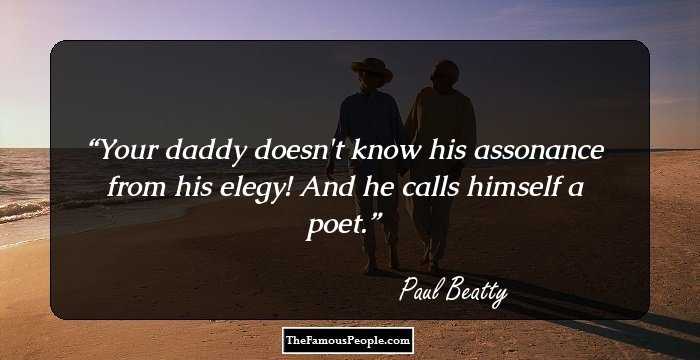 Your daddy doesn't know his assonance from his elegy! And he calls himself a poet. 98 Mary Oliver Quotes To Refresh You