Famous As: Actor and singer Best Known for His Role as âJoe Pittâ in the TV Miniseries âAngels in Americaâ
Born On: July 3, 1973
Born In: Norfolk, Virginia, United States
Age: 49 Years

Patrick Wilson is an American actor, director and singer. He began his career in 1995, starring in Broadway musicals. He earned a âTony Awardâ nomination for his performance in âOklahome!,â and âThe Full Monty.â He earned nominations for the âPrimetime Emmy Awardâ and the âGolden Globe Awardâ for his role in âAngels in America.â He earned his second âGolden Globeâ nomination for his performance in âFargo.â Due to his frequent casting in horror films, he is referred to as the âscream king.â Some of his other notable credits include âHard Candy,â âAquaman,â âThe Conjuring Universe,â âBatman v Superman: Dawn of Justice,â âThe Phantom of the Opera,â âInsidious: Chapter 2,â and various others. We bring to you a compilation of famous quotes by Patrick Wilson on spirituality, vision, honesty, life, family, art, character, drama, belief, acting, and more. 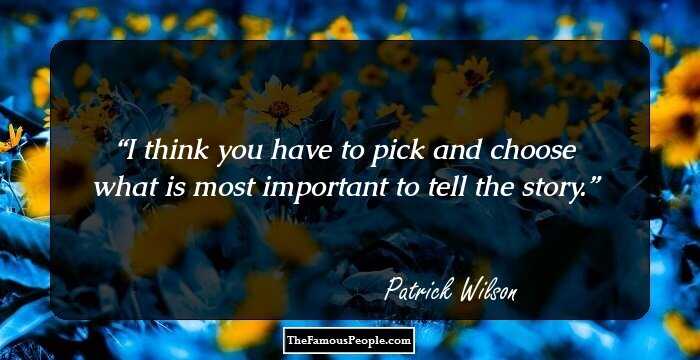 I think you have to pick and choose what is most important to tell the story. 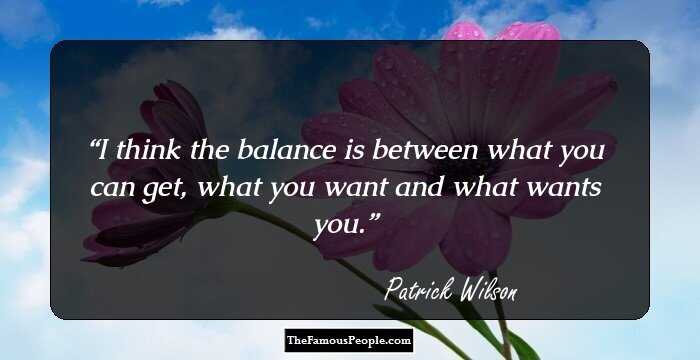 I think the balance is between what you can get, what you want and what wants you. 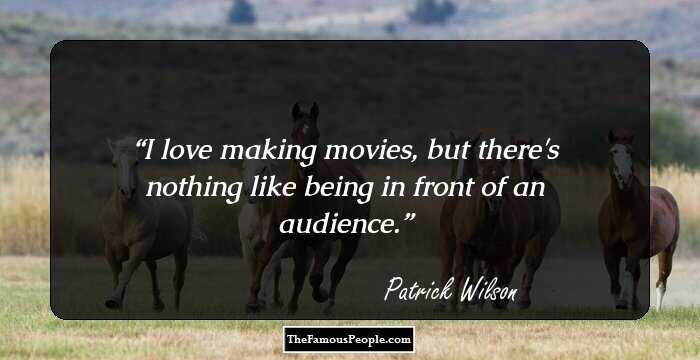 I love making movies, but there's nothing like being in front of an audience. 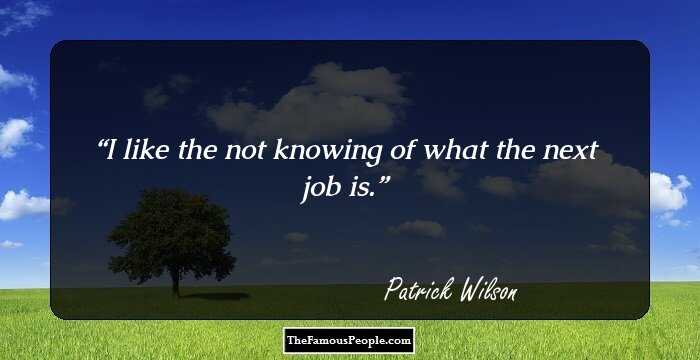 I like the not knowing of what the next job is. 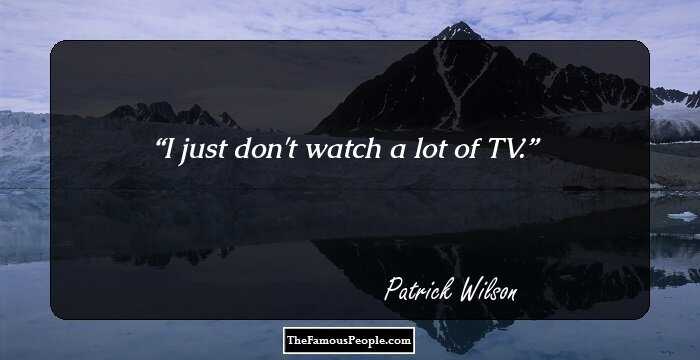 I just don't watch a lot of TV. 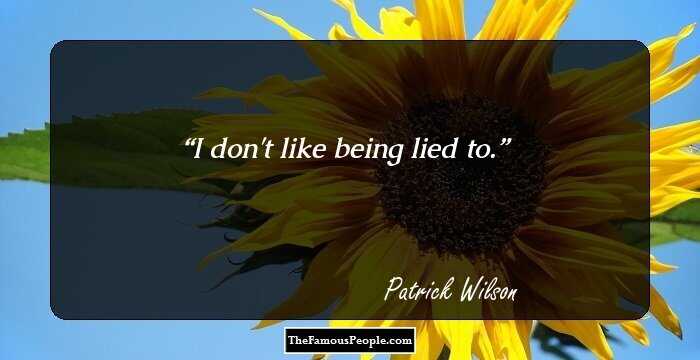 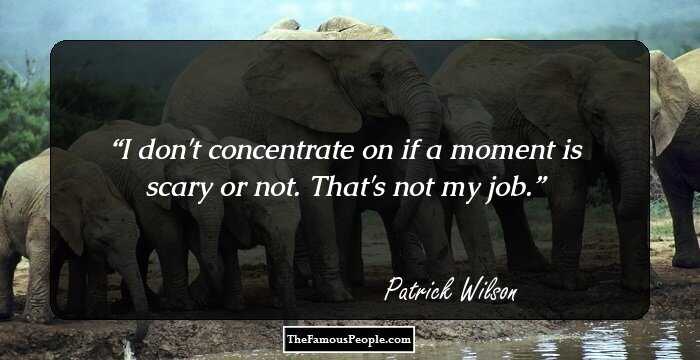 I don't concentrate on if a moment is scary or not. That's not my job. 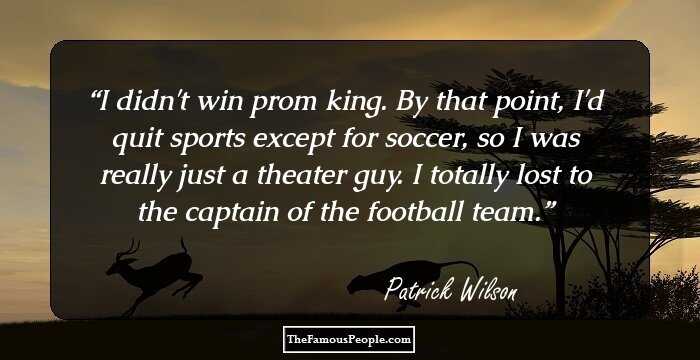 I didn't win prom king. By that point, I'd quit sports except for soccer, so I was really just a theater guy. I totally lost to the captain of the football team. 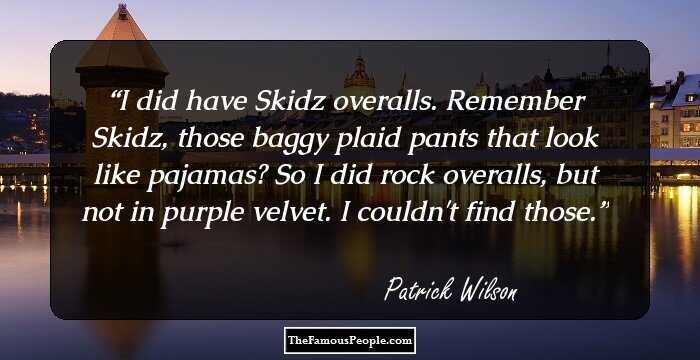 I did have Skidz overalls. Remember Skidz, those baggy plaid pants that look like pajamas? So I did rock overalls, but not in purple velvet. I couldn't find those. 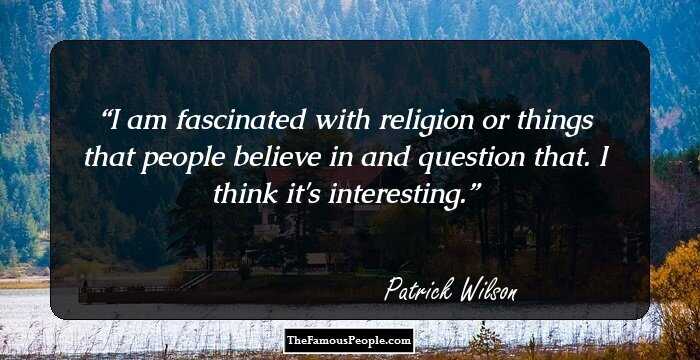 I am fascinated with religion or things that people believe in and question that. I think it's interesting. 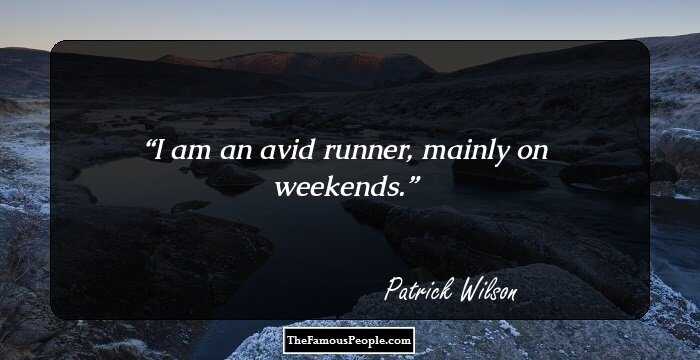 I am an avid runner, mainly on weekends. 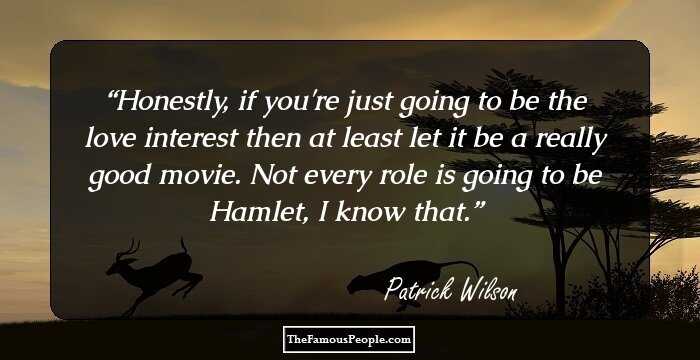 Honestly, if you're just going to be the love interest then at least let it be a really good movie. Not every role is going to be Hamlet, I know that. 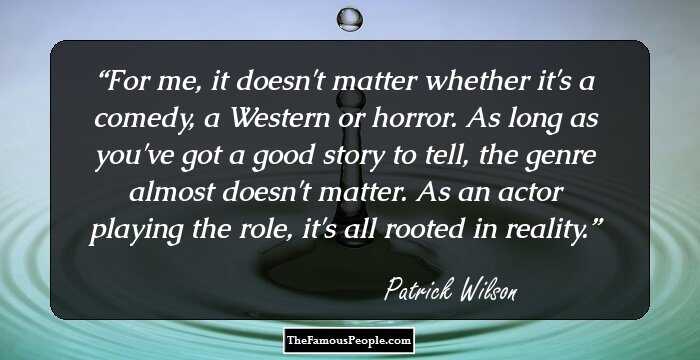 For me, it doesn't matter whether it's a comedy, a Western or horror. As long as you've got a good story to tell, the genre almost doesn't matter. As an actor playing the role, it's all rooted in reality. 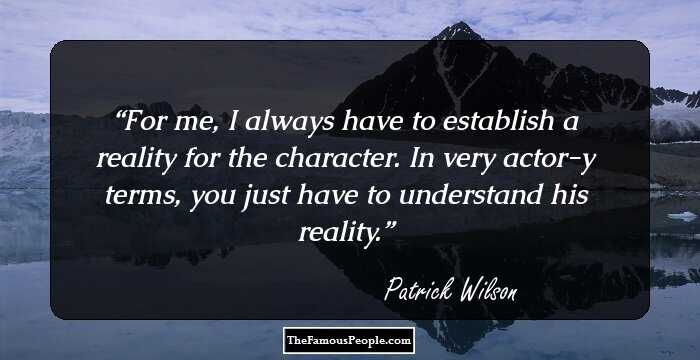 For me, I always have to establish a reality for the character. In very actor-y terms, you just have to understand his reality. 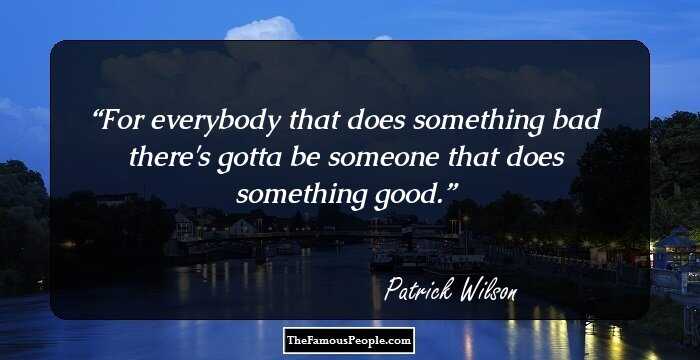 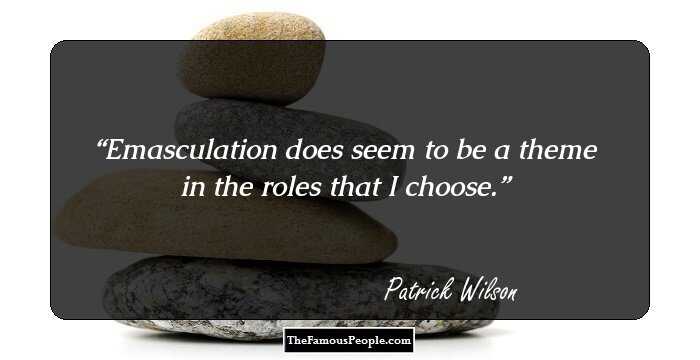 Emasculation does seem to be a theme in the roles that I choose. 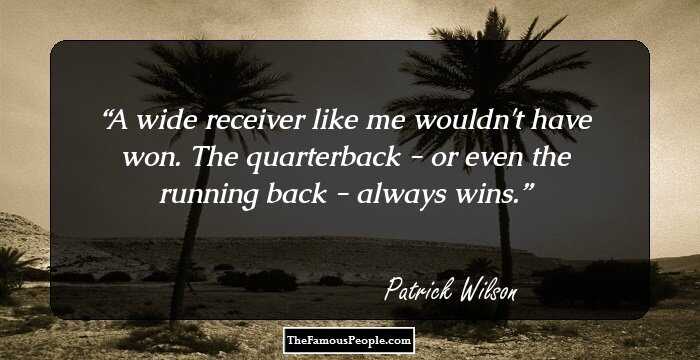 A wide receiver like me wouldn't have won. The quarterback - or even the running back - always wins. 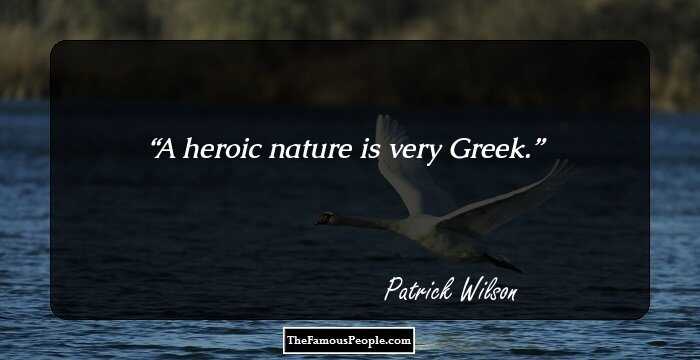 A heroic nature is very Greek.

I always grew up around acting. I did commercials as a kid and all that kind of stuff and my oldest brother did theatre in High School. It's funny, when I was 15 I had a friend of mine who dragged me away to a camp at Boston University. It was the first time truthfully that acting didn't feel presentational; it felt very personal. I didn't just feel like I was singing and dancing for my friends in High School. It felt like I was doing a scene and all of a sudden I started to feeling something - I started to feel emotional.

I grew up around media so for me I've always been interested in that topic, whether it's a complete satire or a documentary. I love anything that touches on the state of information versus entertainment and what's newsworthy and what's not.

I just want to do as many different genres as I can. I think that's part of it... to not get pigeon-holed because if one of them breaks out and becomes a big hit then typically people want to keep putting you in that kind of role.

I knew I wanted to go to college and I wanted to study it acting, so I just looked for the best school that I could get into. Luckily, I had very supportive parents. I went to a conservatory that is basically drama school. You take one English class and one history class for four years but you don't take any other science or anything like that. It's strictly, from 7am until night, all acting. It's a lot. Some people find it too much, but for me I was preparing for a career and I never really looked back.